Baby gorillas cling to their mothers in the Ugandan rainforest

In spectacular pictures of a Ugandan mountain gorilla troop, viewers are given a rare insight into the lives of these reclusive creatures.

The pictures reveal the tender familiarity of the group and the adorable appearance of its youngest members.

He went to observe the Bikingi family of primates, a rare opportunity as a permit system ensures the gorillas are not overrun with visitors.

Wimbledon-based Paul explained: ‘They call it a rehabilitation group permit, the idea being that you spend much longer with a group not as familiar with visitors.

‘In reality it is four hours from the moment you find their nesting sight from the night before. Whatever the semantics, it is a remarkable day as the family group employed – the Bikingi group – are twenty strong with many youngsters.’

His journey was tough one as there were no paths in the rain forest. However, he said it was one the most rewarding trips he had undertaken. 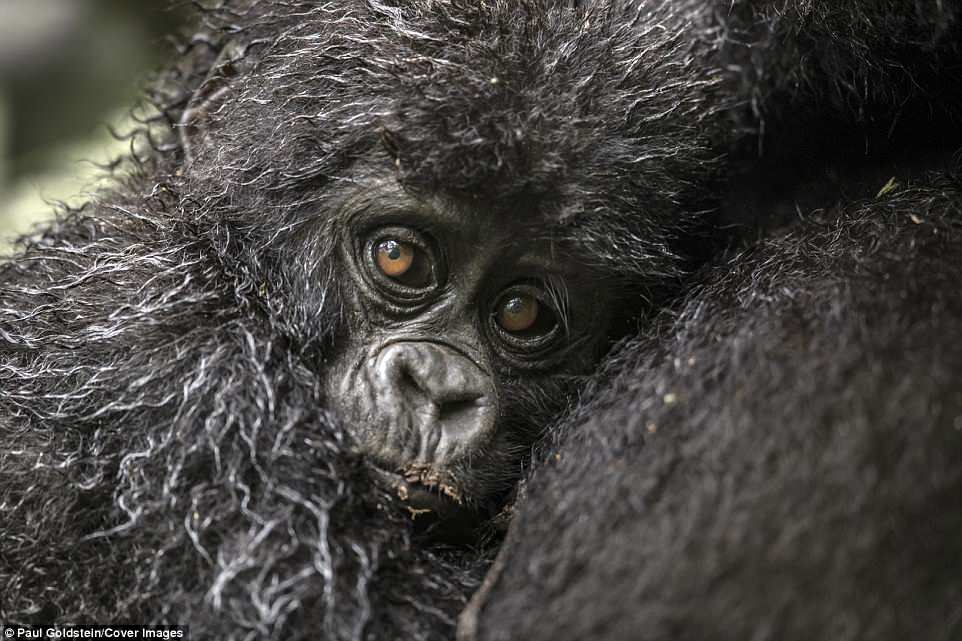 Adorable: The tiny gorilla hangs on to its mother as it stares with its large eyes out across the rain forest. Paul Goldstein got up close and personal with the troop during his trip to Uganda 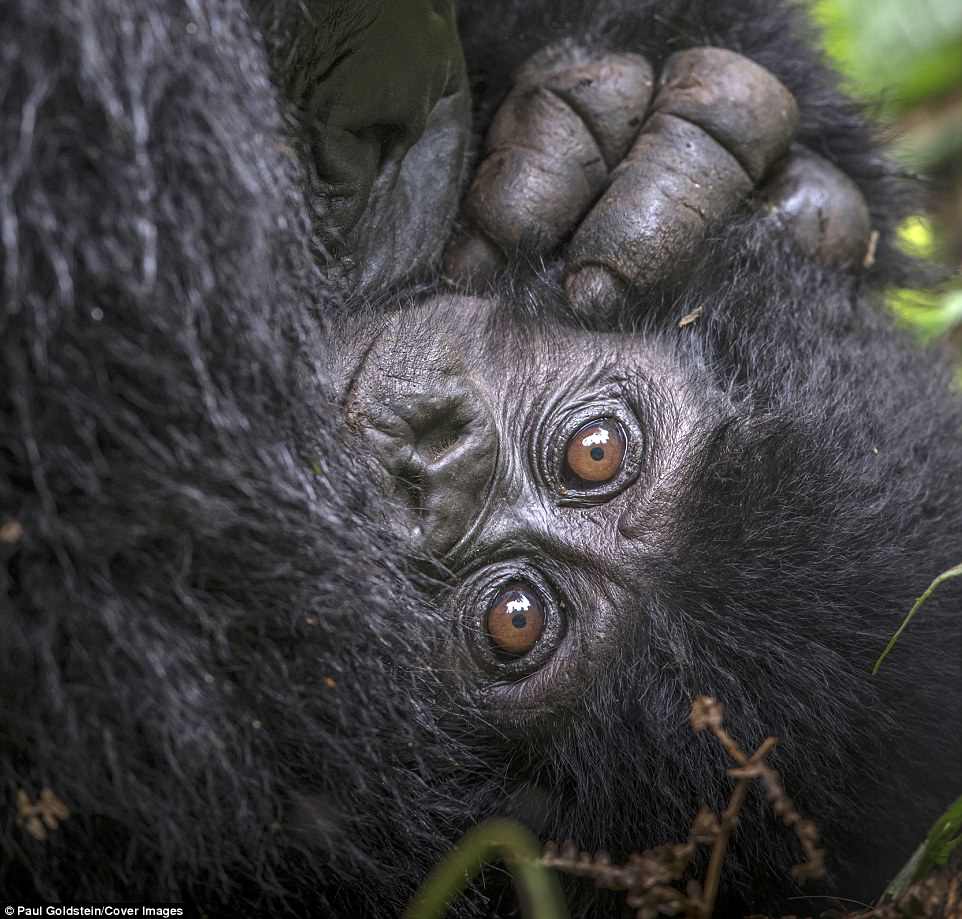 Wildlife photographer Paul Goldstein has been working in the industry for over 20 years, taking photos of animals across the world 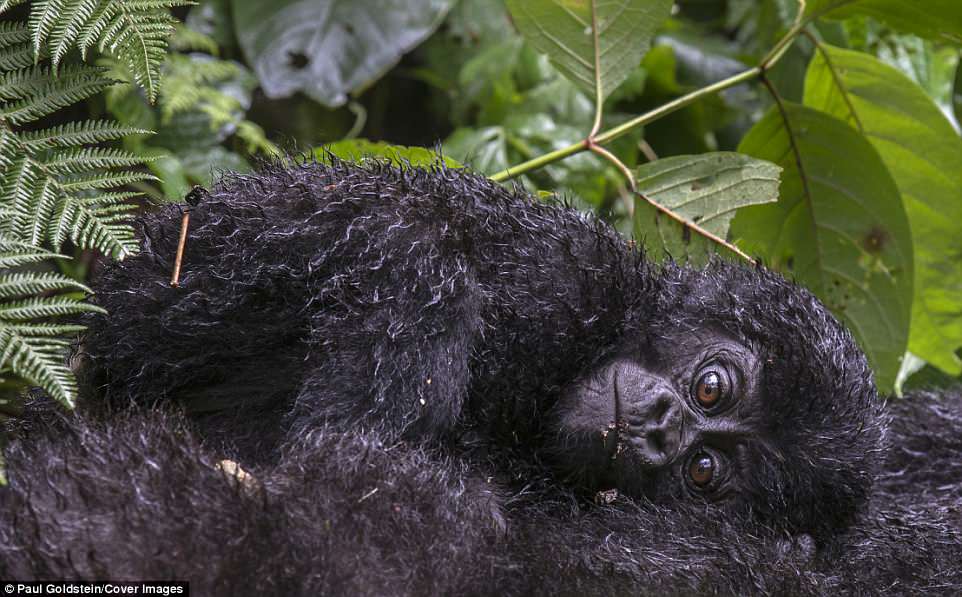 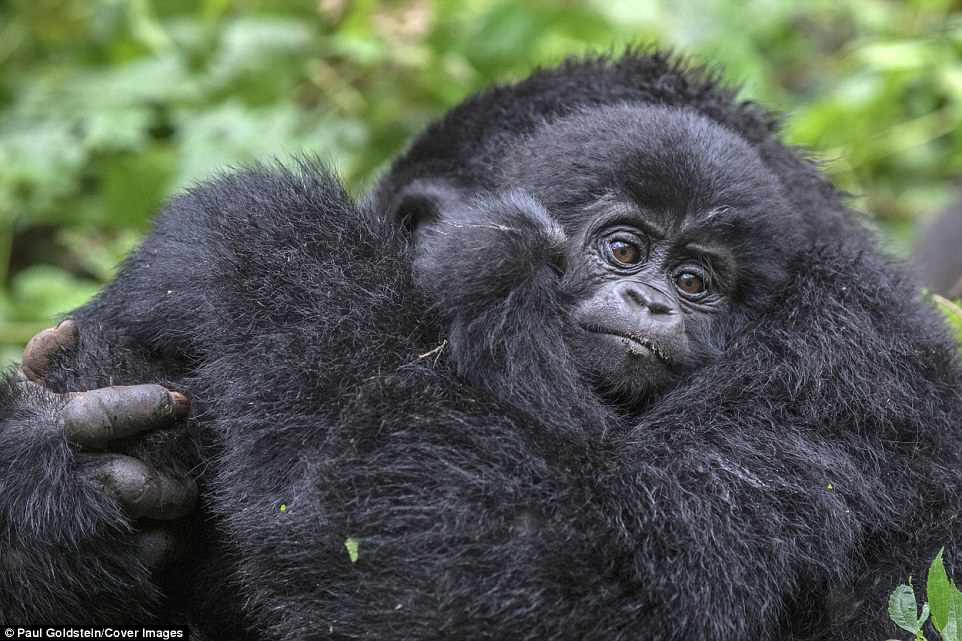 ‘Ethics are a big deal in all facets of photography, I like to see what someone has taken not what they have manufactured, show me a bold flawed photograph than a safe record shot any day,’ Paul writes on his website 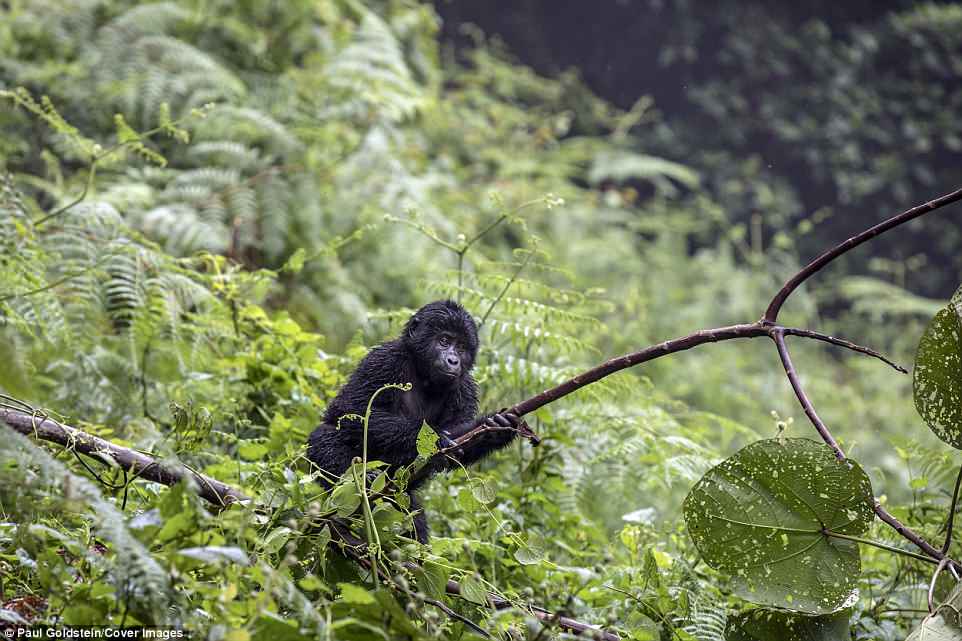 The group, named the Bikingi family, are nearly 20 strong. There are numerous youngsters in the troop, who Paul watched play during his four hour sojourn into the forest 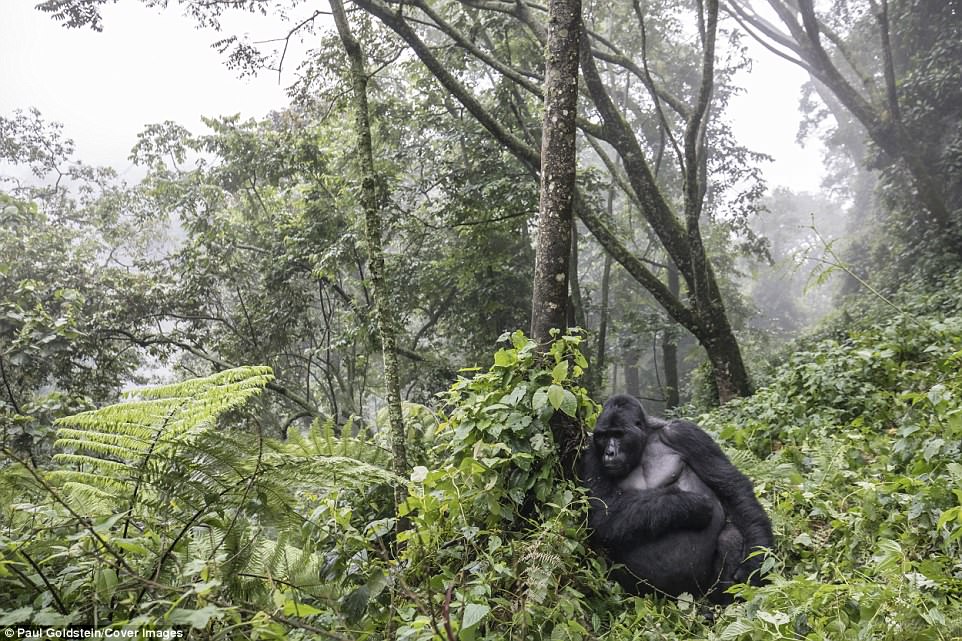 ‘It is tough as there are no paths, particularly in a rain forest, but so rewarding,’ he said of his expedition. ‘I have been seeing gorillas for over twenty years and this is the best experience I have had with them’ 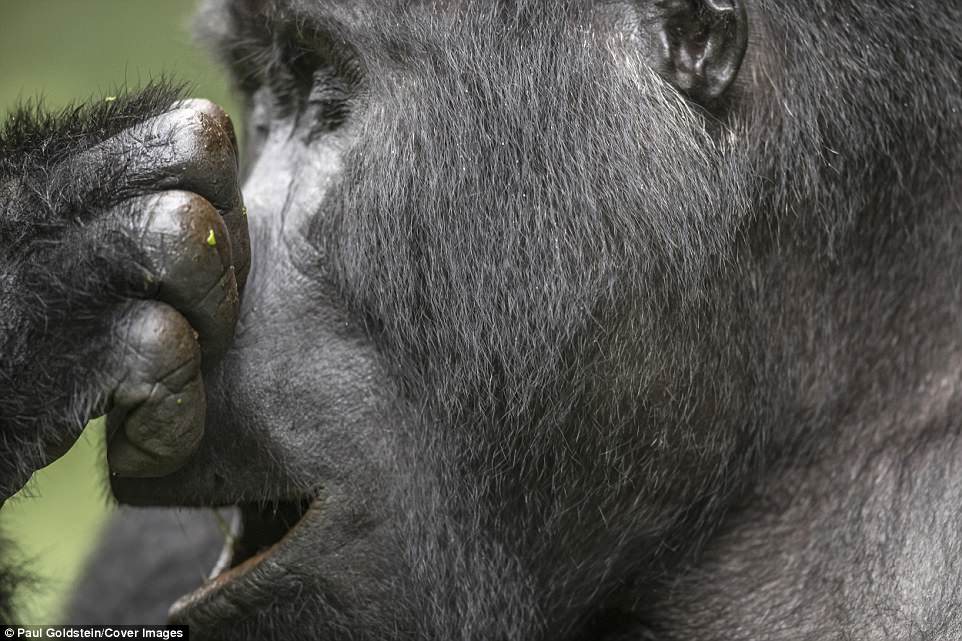 The gorillas exhibit incredibly human-like expressions – and it is unsurprising, given they are close relatives of us, that relationships within the group appeared complex 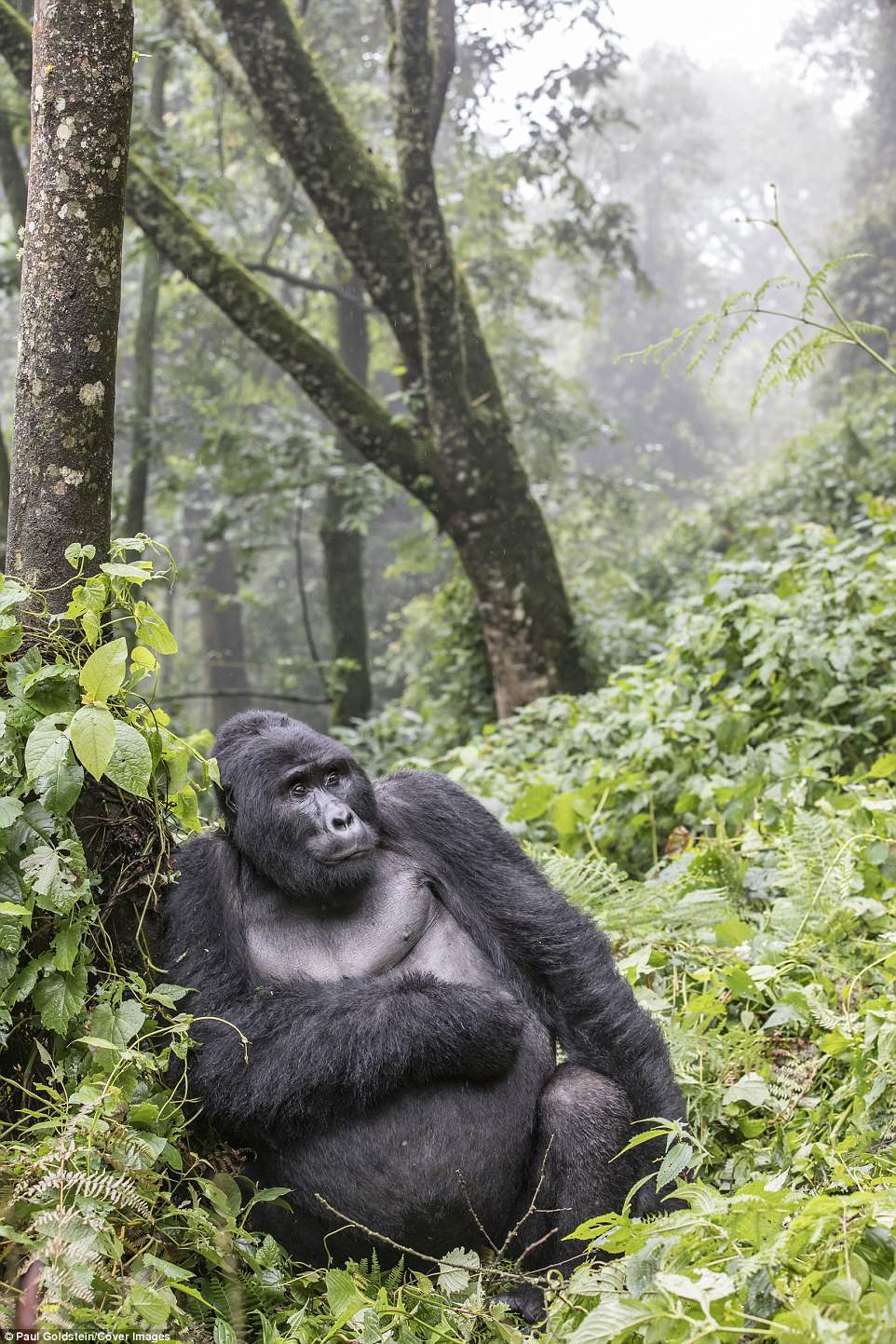 Taking a rest: One of the larger gorillas pauses underneath a tree, clearly exhausted by its active lifestyle in the Ugandan rain forest 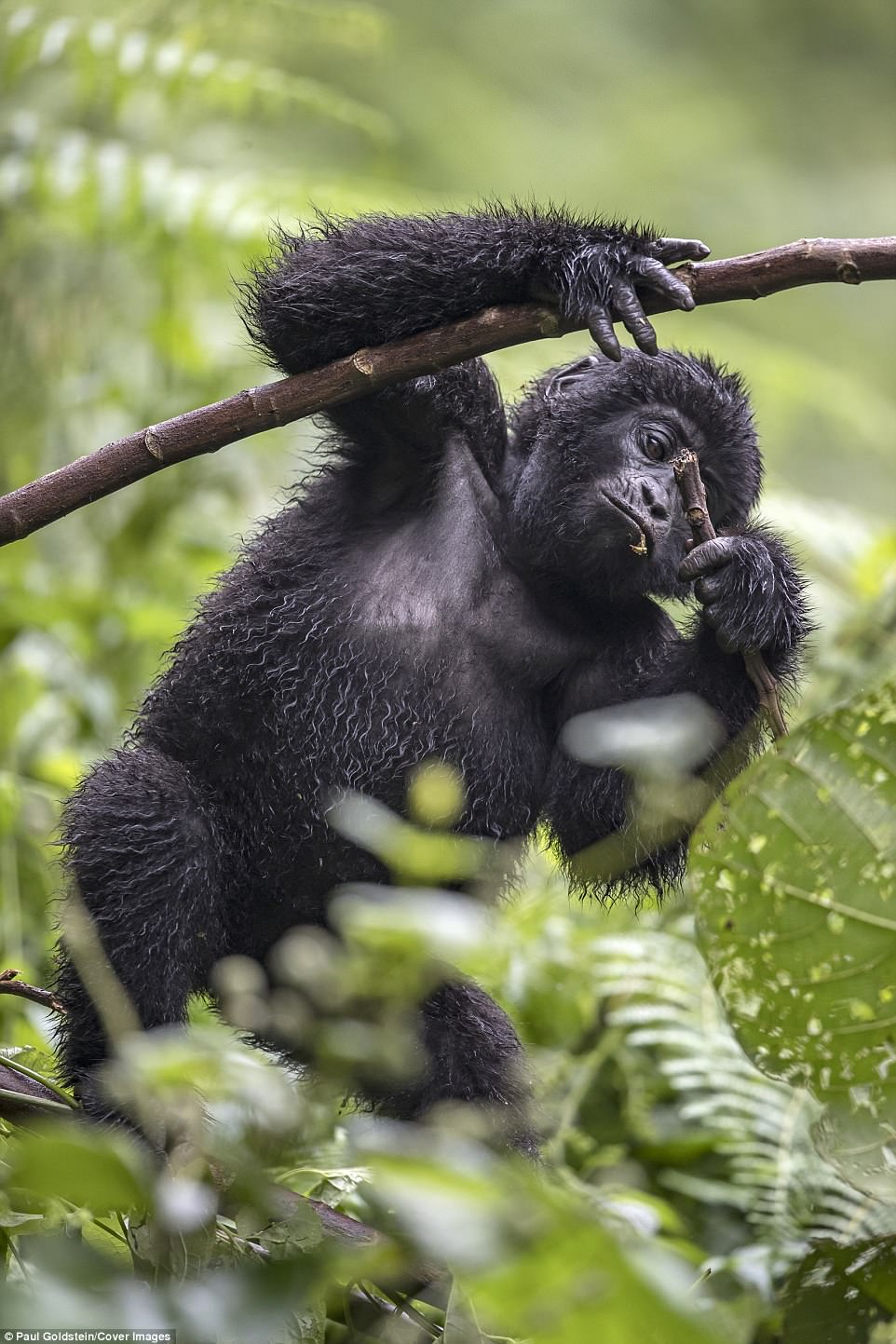 During a visit to the group in 2015 the dominant silver back Bikingi appeared uneasy with the presence of humans. Other members of the group remained calm and showed signs of friendship 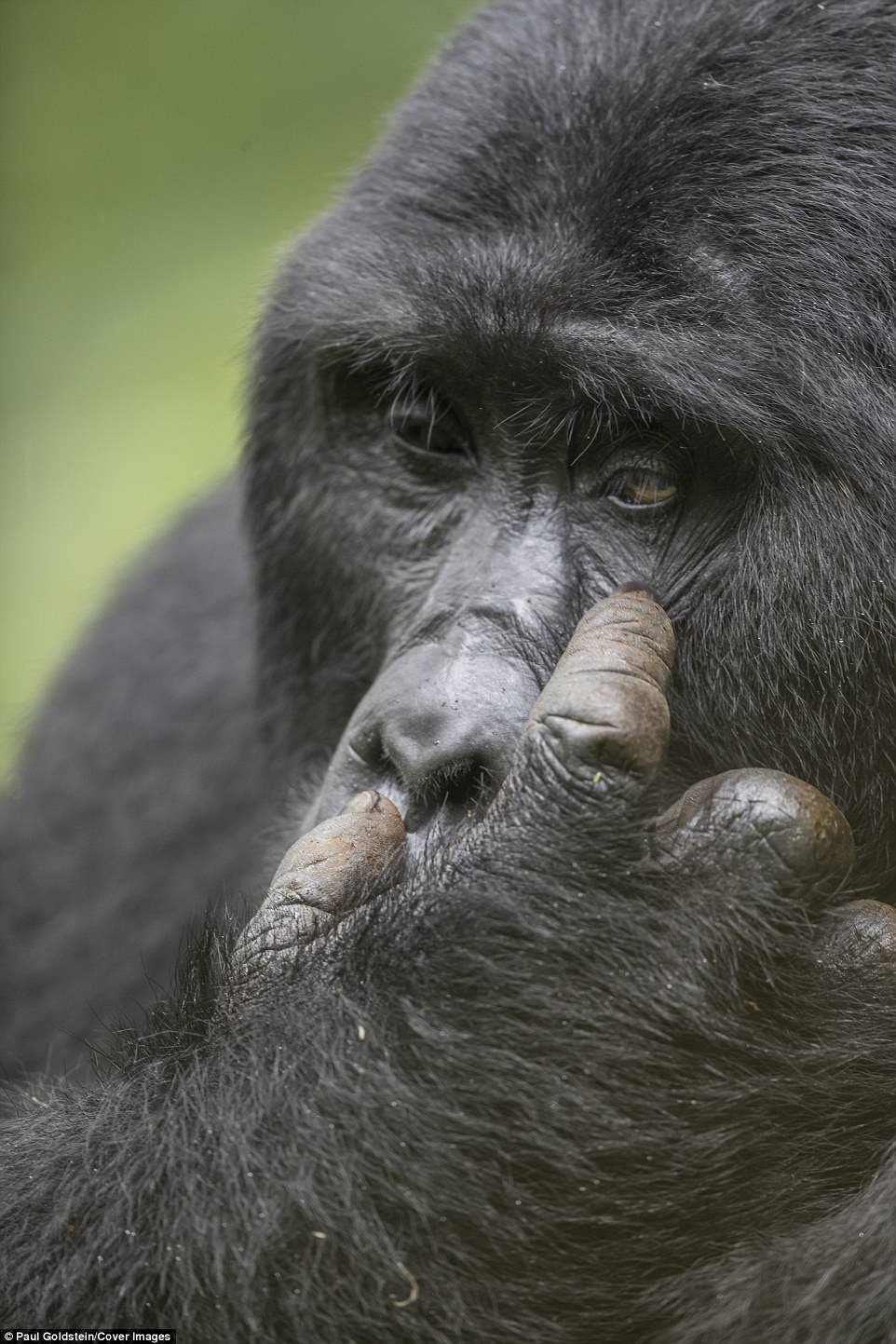 The photographer says he is happiest when at the heart of nature, for example on the Conservancies of the Masai Mara