A BABY was injured after a suspected hit-and-run in an Aldi supermarket car park yesterday.

The buggy was clipped by a car which knocked the infant to the floor with its toys spilling across the ground in Benfleet, Essex. 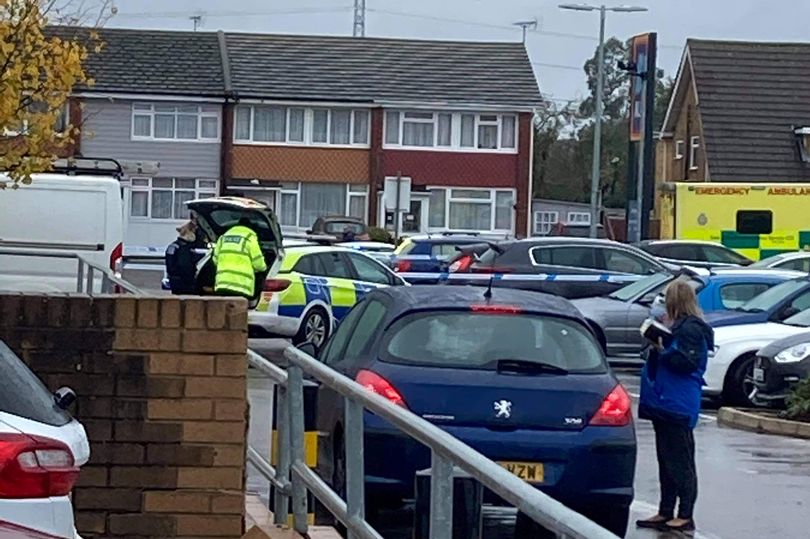 Emergency services rushed to the scene and the child was taken to Southend Hospital.

Witnesses said the driver hit the buggy, reserved and drove off.

One witness said: "A driver, two or three cars in front of my mum hit a double buggy knocking it over.

"All the toys from the pram were all over the floor and they just reversed and drove off.

"It's terrible. I was first on the scene to help the poor mother who was distraught."

It comes after a newborn baby girl suffered a fractured skull and bleed on the brain after being hit by a car in her pram as her mum and brother crossed the road.

Seven-week-old River was out with mum Amie Maitland, 30, and little Hendricks, three, when the white motor struck them.

The pram was overturned during the horror outside Asda in Wrexham, North Wales, as the heartless driver fled the scene.

Police are asking anyone who saw what happened in the Aldi car park to come forward.

A spokesman for Essex Police said: "We were called shortly after 11.15am on Wednesday October 21, with reports that a baby had fallen from a buggy at the entrance of Aldi supermarket car park on Rushbottom Lane, Benfleet.

"It was reported that a car may have clipped the buggy as it drove past.

"The baby was taken to hospital as a precautionary measure. Enquiries are ongoing."

A spokesman for the East of England Ambulance Service said: "We sent one ambulance to Rushbottom Lane at around 11.15am today after receiving reports that a baby had been injured after their buggy tipped over.

"Crews treated the baby at the scene before transporting them to Southend Hospital for further assessment and care."

Anyone who witnessed the incident or was in the area and has dashcam footage, are asked to contact police on 101.

The Sun Online contacted Essex Police for a statement.

Aldi, Baby, in, injured, supermark
You may also like: