The family of an alleged victim of her high school teacher charged with over 50 sexual offences including rape have told police they could be forced to leave the country after he was granted bail.

Steven Mellody, formerly a physical education teacher and Salvation Army youth pastor, is accused of 59 separate charges for sexual offences – including four counts of rape and two of grooming – against two young students at a strict Christian college in Wantirna South. 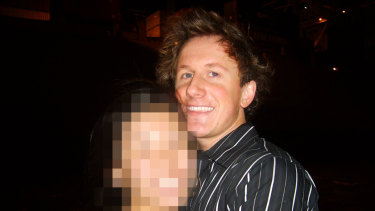 The family of one of his alleged victims, who told police they opposed bail, said they were so concerned about the influence the former teacher has over their daughter that they would move to Asia, the court heard on Wednesday.

The 36-year-old, who is the father of a six-month-old baby, is charged with a total 59 offences, including rape and grooming, and dozens of incidents of sexual penetration of a child under the age of 16, and was bailed to his parents' Blackburn home under strict conditions.

Magistrate Luisa Bazzani said it was “very difficult” to decide whether or not to grant bail, and sternly warned Mr Mellody that if he contacted either of the alleged victims it would be revoked.

Some of the worst imaginable offences against children are alleged against you.

“You are before the court in relation to 59 separate offences. Some of the worst imaginable offences against children are alleged against you,” Ms Bazzani said in a late Melbourne Magistrates Court sitting on Wednesday.

Ms Bazzani said she was particularly concerned about the vulnerability of the alleged victims given at least one of the children, according to police, has blamed herself for the charges brought against Mr Mellody.

“It is rare to see this number of charges and such serious charges levelled against the one individual,” Ms Bazzani said.

The alleged offending against one of the children lasted over a period of 18 months, according to police.

Ms Bazzani granted Mr Mellody bail because he had no prior criminal history and because his family had promised the court they would support and supervise him. Mr Mellody can only use the internet while supervised and is not allowed to be in a room alone with a child under 18.

In a November 6 letter sent out by the school to parents and obtained by The Sunday Age, the school said they were “deeply shocked and appalled” by the allegations, that they had sacked Mr Mellody and intended to conduct their own internal investigation after police had completed theirs.

The letter also said they had extended counselling services to students and will review their child safety policies.

Police allege he persuaded the girl to sneak out of her parent's home at night and would regularly take her to the college, where she studied and he had worked as a sport coordinator for the past seven years.

Mr Mellody was arrested on October 20. On October 29 another student from the same school came forward and told police he had raped and sexually assaulted her, and gave police an extensive statement.

Mr Mellody, who recently became a father and is barred from visiting his baby alone, is accused of raping the second student during a camp at an alpine resort in August 2019.

bail, Christian, for, school, teac
You may also like: