A teenage girl and a man have died on the same stretch of Cornish coastline in a Bank Holiday tragedy, police have confirmed.

Officers described a ‘very tough day’ in Cornwall amid the two fatalities, which took place in separate incidents on Monday afternoon.

Police were first called to reports of an upturned inflatable boat in the water near Porthilly Rock in Wadebridge at around 2.25pm.

Three people were rushed to hospital following the incident and a teenage girl was later pronounced dead, police said.

Emergency services attended another tragedy at Treyarnon Bay, Padstow around five minutes later, when a man was pulled from the water by a member of the public. 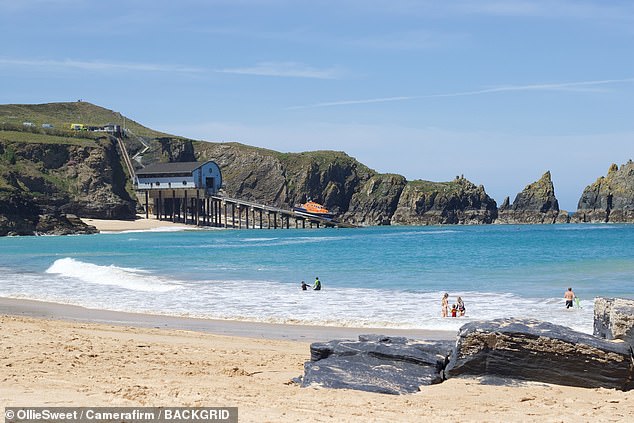 Emergency services attended a tragedy at Treyarnon Bay, Padstow (pictured) at around 2.30pm, when a man was pulled from the water by a member of the public

He was pronounced dead at the scene and is yet to be identified.

Officers were also called to a third incident following reports a man had been pulled from the water unconscious by surfers in Porthtowan, Truro.

He was transported to hospital by helicopter in a serious condition and is currently receiving treatment.

Chief Inspector Ian Thompson, of Devon and Cornwall Police, said: ‘These are extremely upsetting circumstances and our thoughts go out to all involved.

‘It has been a very tough day for local emergency services and we are asking for anyone with information on the above incidents to contact police.’

The tragedy came as hundreds of Britons flocked to the coastline over the bank holiday weekend, after Boris Johnson moved to ease coronavirus restrictions a fortnight ago. 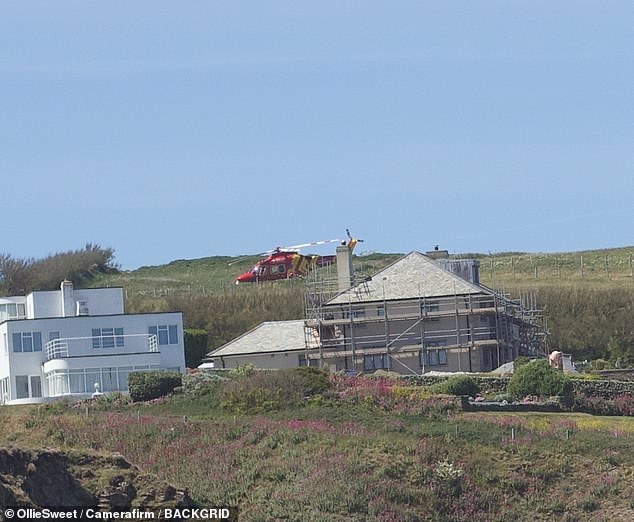 Pictured: An air ambulance lands in Padstow after an unidentified man was pulled from the sea 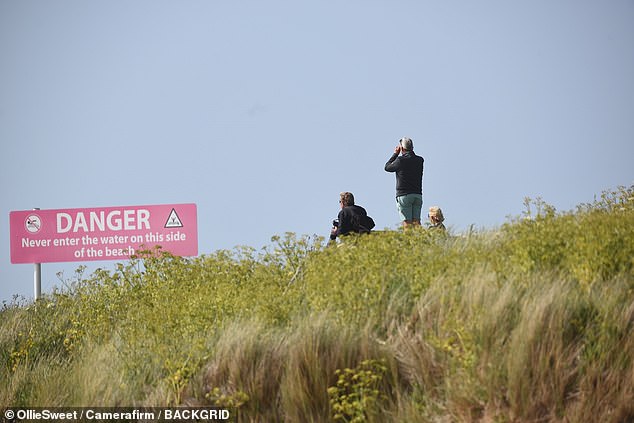 Under the relaxed restrictions, people are permitted to spend time outdoors – for example sunbathing, picnicking and enjoying the fresh air. Britons can now exercise outdoors more than once a day, and use outdoor sports courts and facilities.

Residents are also allowed to meet one person from a different household outdoors so long as they remain two-metres apart.

The Prime Minister tonight paved the way for even more relaxed restrictions, as he gave the go-ahead for high street businesses to reopen from next month.

Speaking at the daily Covid-19 briefing at Downing Street this evening, Mr Johnson said non-essential shops, including department stores and independent businesses, would reopen from June 15.

Outdoor markets and car showrooms will be allowed to reopen from June 1 as long as they adhere to strict social distancing guidelines.

The move will provide a welcome boost for businesses forced to close in March at a huge financial cost to themselves and to the Treasury, which has spent hundreds of billions of pounds keeping them afloat and their staff paid.

as, bank, holiday, teenag, tragedy
You may also like: