Some of the world’s biggest banks let criminals and fraudsters move dirty money around the world, according to leaked financial dossiers.

More than 2,000 sensitive banking papers detailing more than two trillion US dollars’ worth of transactions were analysed after being leaked to BuzzFeed News and shared with the International Consortium of Investigative Journalists, which distributed them to 108 news organisations, BBC Panorama said.

They allegedly show banking officials allowed fraudsters to shuttle money between different accounts after being made aware the profits were from multimillion-pound scams or crimes.

The files are also reported to show how Russian oligarchs use banks to avoid sanctions and get their money into the West. 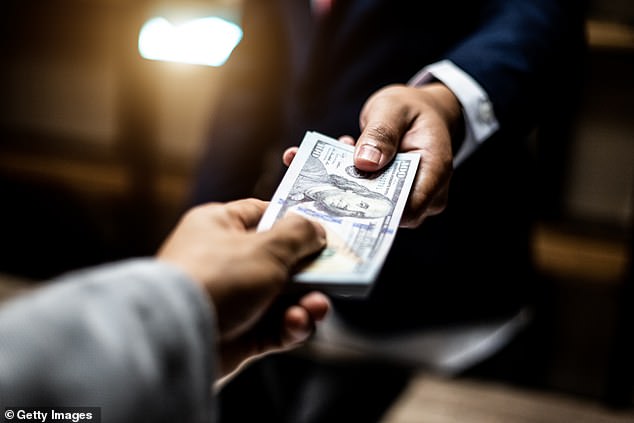 More than 2,000 sensitive banking papers detailing more than two trillion US dollars’ worth of transactions were analysed after being leaked to BuzzFeed News and shared with the International Consortium of Investigative Journalists, which distributed them to 108 news organisations, BBC Panorama said (stock image)

The cache of files, known as FinCEN (from the US Financial Crimes Investigation Network), are mostly files banks sent to the US authorities between 2000 and 2017, raising concerns about suspicious activity in their clients’ accounts, Panorama said.

The programme called the documents ‘some of the international banking system’s most closely guarded secrets’.

It added: ‘The leak shows how UK banks continually fail to address suspicious activity and instead offered their services to those with money to hide.

Chief executive Daniel Bruce said: ‘These revelations are a damning indictment of the system that is supposed to prevent the UK and other financial centres becoming havens for dirty money.

‘The Government should respond rapidly to this significant investigation in order to demonstrate that the UK is serious about tackling dirty money.

‘We know the solutions exist; for example by bringing forward reform of corporate liability laws to hold banks accountable for money laundering failings and expediting the legislation to overhaul the UK company law.

‘As it stands, it remains far too easy for kleptocrats and criminals to launder their illicit loot using the veneer of UK companies and institutions.’

Alex Cobham, chief executive at Tax Justice Network, said: ‘As will be revealed over the coming days, many of the world’s major financial institutions have comprehensively failed to meet their own responsibilities, in the name of turning a profit – however dirty.

‘Swift and robust action is needed, including potential criminal charges, or banks will simply continue to treat the prospects of being caught and fined as a simple cost of business.’