Banksy confirms Bristol Valentine's Day graffiti was him on Instagram

So it IS a Banksy! Elusive graffiti artist lays claim to Valentine’s Day-inspired work showing a girl firing a slingshot of flowers on a building in Bristol after posting an image on his Instagram

Banksy has confirmed a piece of Valentine’s Day graffiti that appeared on the side of a house in Bristol yesterday was painted by him.

The artwork appeared on a rental property owned by Edwin Simons, who was celebrating his 67th birthday yesterday.

In the spirit of February 14, it shows a little girl firing a catapult of red flowers, similar to the one in his famous ‘Balloon Girl’ work.

Residents in the Barton Hill area of the city woke up to find it sprayed onto the property in Marsh Lane,  but couldn’t be sure it was the work of the graffiti artist, who keeps his identity secret.

But in the early hours of this morning Banksy confirmed it was his handy work by posting images of the street art on his Instagram page and website. 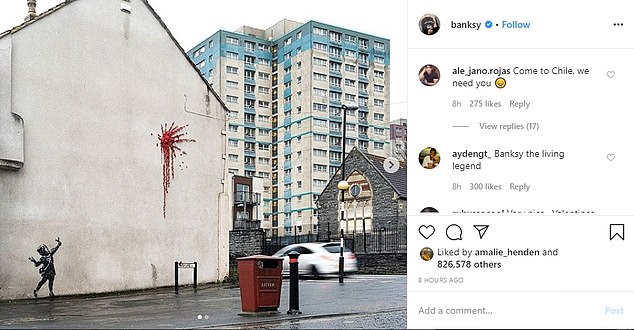 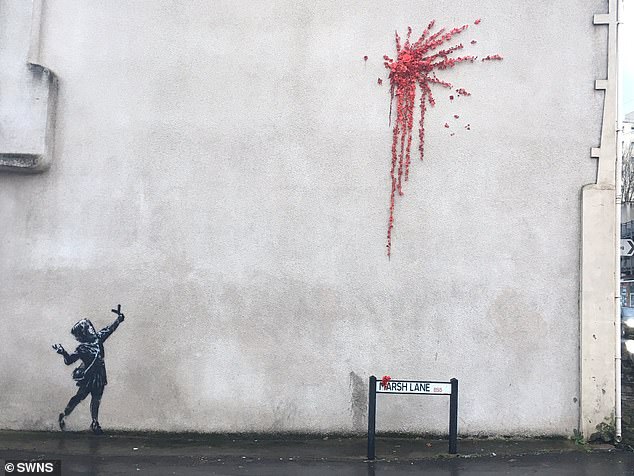 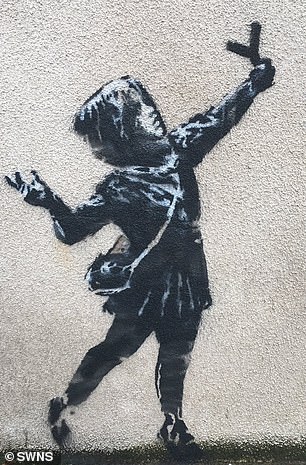 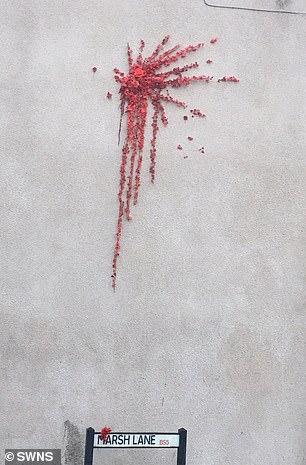 It shows a girl firing a catapult of red flowers, similar to the one featured in his famous ‘Balloon Girl’ piece and appeared in the Barton Hill area of the city yesterday 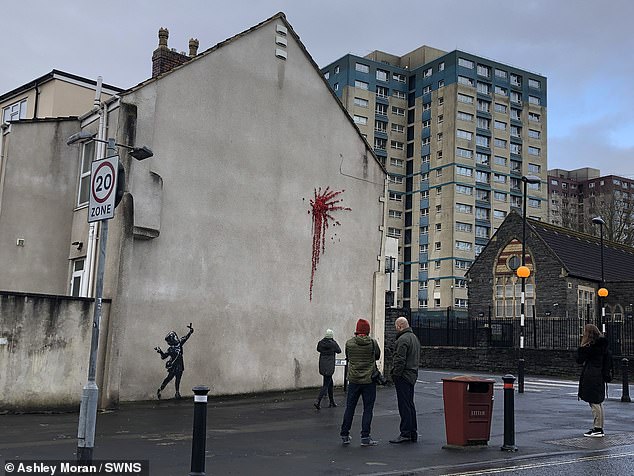 The mural appeared in Marsh Lane, Bristol, yesterday morning, on the side of a house

‘We’ve been down here all day and it’s just been a complete buzz of excitement,’ she said.

‘There’s so many people coming and enjoying it, taking pictures, it’s fantastic.

‘There’s been a lot of debate if it is a Banksy or not. Most people I’ve spoken to think it 100 per cent is, and they’re naming it the Valentine’s Banksy. It’s incredible and beautiful.’

The family are looking to cover up the artwork with glass to preserve it.

‘My slight worry is, we’ve got this Storm Dennis coming on the weekend, so I really want to try and protect the roses,’ she added.

News of the Banksy first emerged on Twitter, with Bristol Somali Community Association writing: ‘Today in Barton Hill, we woke up with this remarkable mural art painted on one of the houses of the area.

‘We hope it’s Banksy’s work. Come and have a look yourself. Whoever painted, it’s worth admiring their creativity. Thank you.’

One local resident, James Bullock, saw scaffolding on the wall at about 6.20am on Thursday.

He walked past it later with his girlfriend and was stunned to see the artwork had appeared. 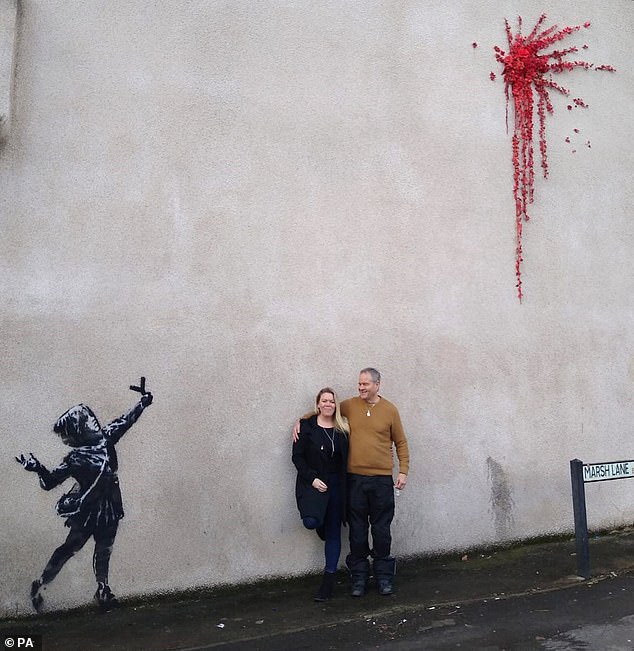 Mrs Woodruff said the artwork had come on the 67th birthday of her father, Edwin Simons, who owns the family rental business (pictured together) 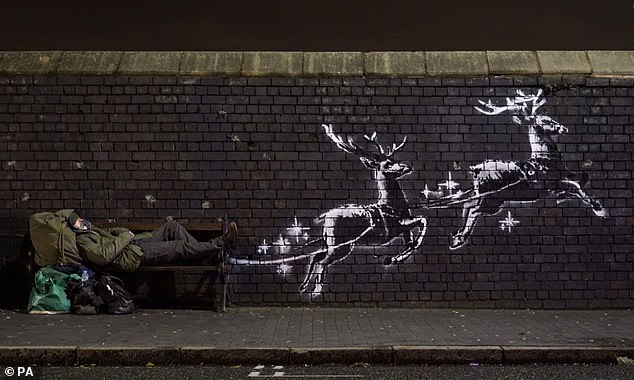 The Bristol-based graffitist is known to create his masterpieces under the cover of darkness – leaving the scene before anyone can spot him in action.

He often confirms the artworks by posting images of them on Instagram or his website but the latest piece has not yet appeared on either.

Banksy’s last mural appeared in Birmingham in December, with residents elated the street artist chose their city for his next piece.

Like yesterday’s Valentine’s work, it too had a festive theme, portraying a homeless man on a bench being pulled along by a herd of reindeer.

The reindeer mural, painted on a brick wall in Birmingham’s Jewellery Quarter appeared in mid-December and is designed to draw attention to homelessness.

In October 2018 he made headlines again after his famous ‘Balloon Girl’ original work was sold at auction in London for £1.04million.

But shortly after the hammer went down at Sotheby’s auction house an alarm sounded and the artwork was put through a shredder and destroyed.

He later uploaded a clip of the shredding online with the caption ‘Going, going, gone…’, with Sotheby’s later confirming the prank had been staged by the artist. 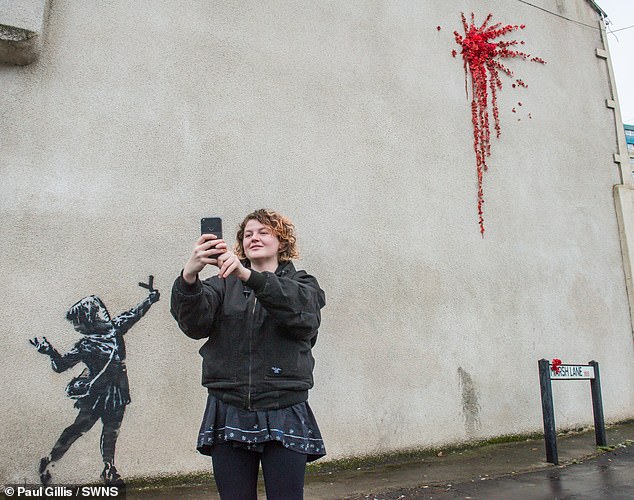