BBC 1Xtra presenter Sideman has quit today after the broadcaster defended its decision to air footage of a white person using the N-word.

The presenter said he ‘can’t look the other way’ after BBC social affairs correspondent Fiona Lamdin repeated the word in a report on a racially motivated hit-and-run attack.

The presenter, whose real name is David Whitely, said he could not continue to work with the BBC after it allowed a white person to use the word on air.

More than 18,000 people have complained about the report last month, which first aired on Points West before being repeated on the main BBC News channel. 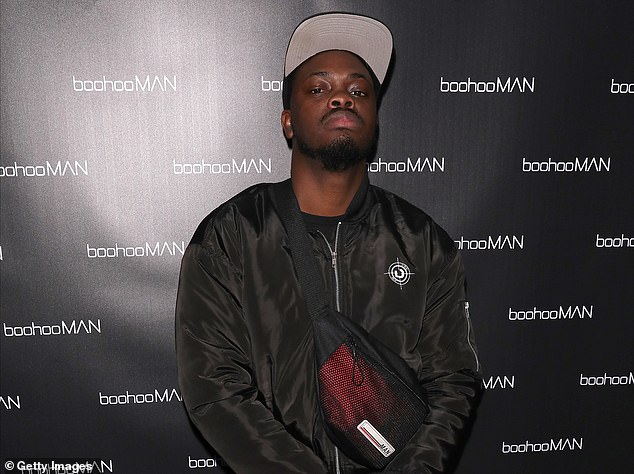 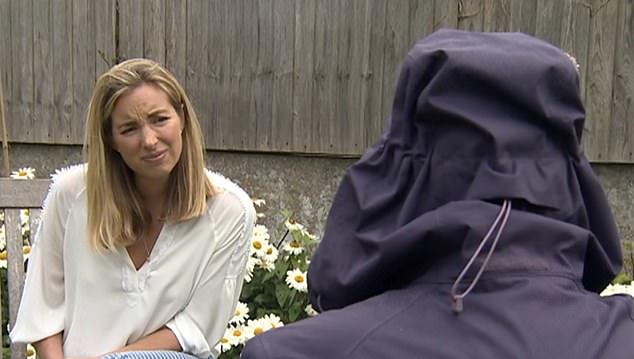 The report was first broadcast on Wednesday, July 29, and described an attack on a 21-year-old NHS worker and musician known as K or K-Dogg.

Sideman, who aires a weekly show on 1Extra, announced his decision to quit the BBC on an Instagram post.

He said: ‘On this occasion I just don’t think I can look the other way.

‘As a person who believes that change can happen and wanting change to happen, I understand transition. I understand it’s not something that’s going to happen overnight. 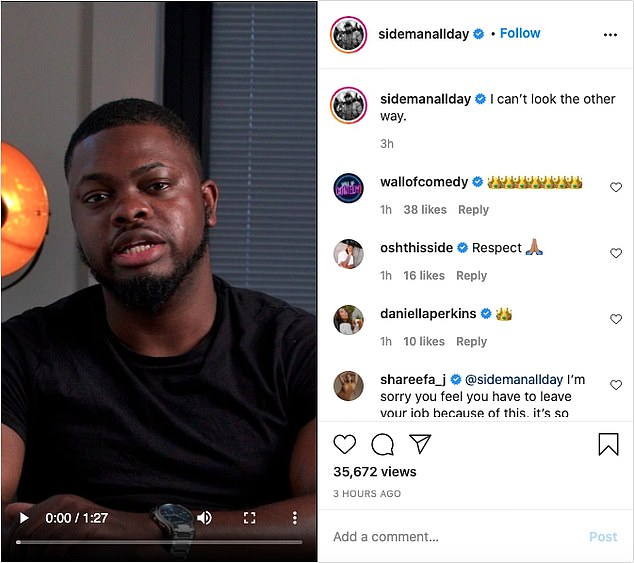 Sideman, who aires a weekly show on 1Extra, announced his decision to quit the BBC on an Instagram post

‘There will need to be a lot of learning and unlearning and tearing down of certain building blocks of society that took a long time to build up.

‘I’m OK with process, I’m OK with waiting within reason for certain things to change.

‘This is an error in judgment where I can’t just smile with you through the process and act like everything is OK.

‘I’m happy working with organisations until we all get it right. But this feels like more than getting it wrong.

‘That’s why effective immediately I’m leaving my job as a radio broadcaster for BBC 1Xtra. With no apology, I just don’t feel comfortable being aligned with the organisation. 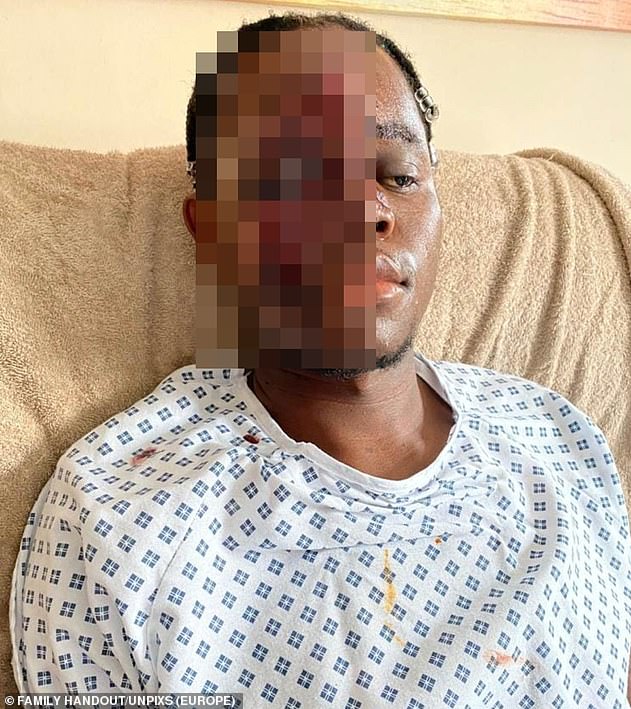 ‘Money and opportunity doesn’t outweigh the dissatisfaction that I feel with this situation.

‘This is wild to me, especially in the current social climate, and I can’t make any sense of it no matter how much I think about it. So I think that’s it’s time that I left.’

A 1Xtra Spokesperson said: ‘Sideman is an incredibly talented DJ. Obviously we are disappointed that he has taken this decision.

‘We absolutely wish him well for the future. The door is always open for future projects.’

A BBC Spokesperson said: ‘The BBC set out the context of the news report about the shocking attack on an NHS worker in Bristol.

‘As we have said, the word is highly offensive and we completely accept and understand why people have been upset by its use.

‘The decision to use the word was not taken lightly and without considerable detailed thought: we were aware that it would cause offence.

‘But, in this specific context we felt the need to explain, and report, not just the injuries but, given their alleged extreme nature, the words alleged to have been used – a position which, as we have said, was supported by the family and the victim.’

Fellow radio presenters have applauded Sideman’s decision to quit the broadcaster and speak out on social media.

DJ Charlie Sloth said: ‘I admire and respect you David! Well done for standing up for what you believe is right! You’re a King!! This world needs people like you!’ 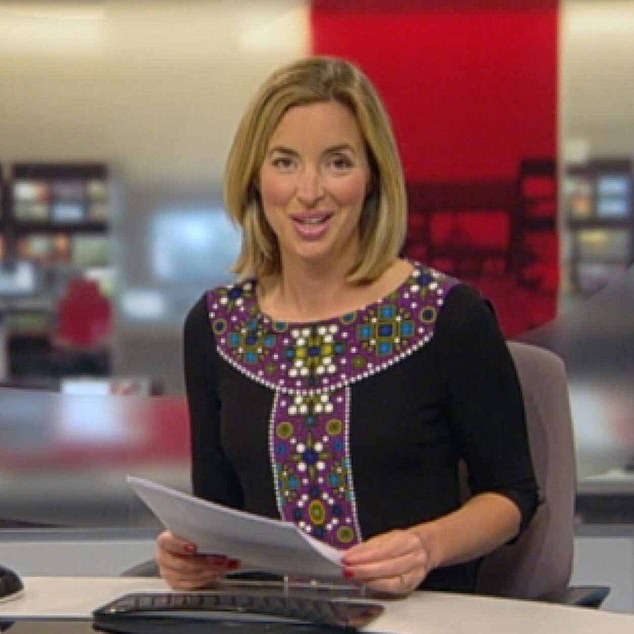 Lamdin shocked viewers during the 10.30am clip for BBC Points West – which was replayed on the BBC News Channel on Thursday – when she said: ‘Just to warn you, you’re about to hear highly offensive language’

Lamdin shocked viewers during the 10.30am clip for BBC Points West – which was replayed on the BBC News Channel on Thursday – when she said: ‘Just to warn you, you’re about to hear highly offensive language.’

She added: ‘Because as the men ran away, they hurled racial abuse, calling him a n*****.’

BBC guidance says strong language should not be used before the 9pm watershed, but ‘n****r’ is usually seen as too rude to ever air.

Watchdog Ofcom said in 2016 the word was ‘highly unacceptable at all times’ but could be used when ‘strong contextualisation [is] required’. 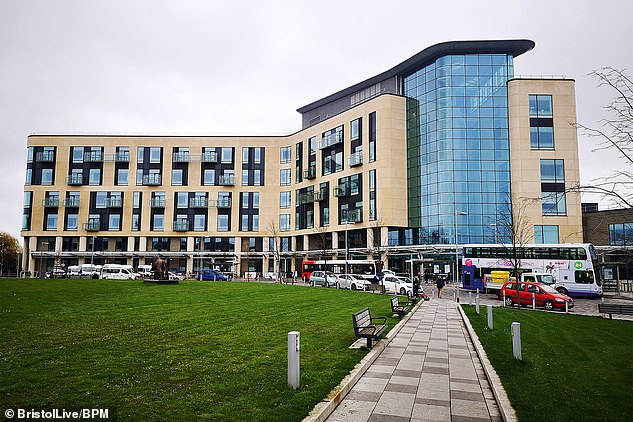 The victim, who is an NHS worker, had been leaving work at Southmead Hospital when he was attacked

Social media users blasted Lamdin and the BBC for using the word uncensored and so early in the day.

‘Didn’t you get the memo? Non-Black people can never say that word, even when describing a racist incident.’

Another person posted: ‘Actually can’t believe they just repeated the n-word on my local BBC news during a report about a racist attack.

‘Even with a warning, is there any need to say it? It’s pretty easy to hint at what was said without using the word.’