The BBC’s diversity boss has admitted the corporation is ‘nowhere near’ hitting its own targets and says it will ‘take longer than we hoped’ to reach them.

June Sarpong, 43, said she believes the BBC is diverse at ‘entry level’ but ‘not enough in terms of mid-level and senior leadership’.

The broadcaster’s Director of Creative Diversity added that examples need to be seen of progression from people from ‘all backgrounds and all walks of life’.

It follows the BBC investing £100million of its TV budget into increasing diversity over three years, starting from April 2021. 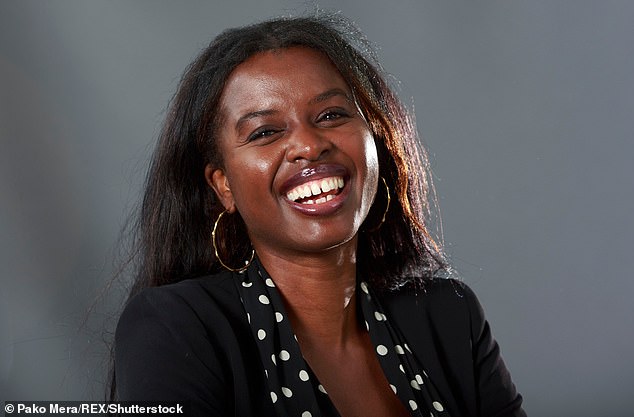 June Sarpong (pictured in 2018), 43, yesterday said she believes the BBC is diverse at ‘entry level’ but ‘not enough in terms of mid-level and senior leadership’

Yesterday, Ms Sarpong told BBC Radio 4’s The Media Show: ‘I think the BBC, like many big media organisations, is diverse at sort of entry level.

‘But certainly not diverse enough in terms of mid-level and senior leadership, not at all. I think anybody would agree and accept that.

‘If you look at the targets that we’ve set ourselves, we’re not hitting them in the way we would like and so there’s a concerted effort being made to try and address that.’

Comparing the BBC’s target to that of the UK’s BAME working population, which is 12 per cent, she said: ‘So in terms of leadership for BAME, 15 per cent is the target.

‘It will take us longer than we would have hoped to reach it and to get there, but I think it’s important.

‘It’s important for so many reasons. When you look at some of the problems not just the BBC has had, but I think broadcasters in general have had, a lot of that has to do with leadership.

‘Also, if we want to send the right message to the rest of the organisation in terms of talent that are coming through it, they need to be able to see examples of progression from people from all backgrounds and all walks of life.

‘As Matthew [Syed] has said and as I have said, it makes for a better product, particularly when you’re working in a creative industry. So, we have to get it right.’

The 43-year-old added: ‘Our focus is about looking behind the camera or behind the microphone, which is nowhere near where it needs to be.’

It comes after Director general Tony Hall said the BBC’s £100million investment will be a ‘big leap’ following the Black Lives Matter protests. 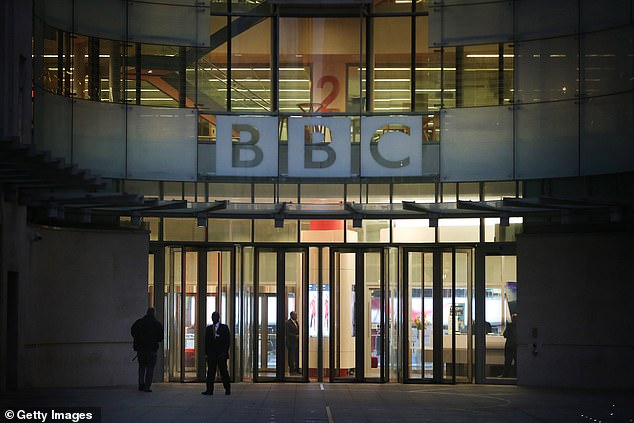 It follows the BBC investing £100million of its TV budget into increasing diversity over three years, starting from April 2021 (file photo of the BBC Broadcasting House in London)

He said last month: ‘The senseless killing of George Floyd – and what it tells us about the stain of systemic racism – has had a profound impact on all of us,’ said Lord Hall.

‘It’s made us question ourselves about what more we can do to help tackle racism – and drive inclusion within our organisation and in society as a whole.

‘This is our response – it’s going to drive change in what we make and who makes it. It’s a big leap forward – and we’ll have more to announce in the coming weeks.’

Ms Sarpong was chosen by the corporation for the newly-created role of director of creative diversity.

BBC bosses hope the appointment will make the broadcaster better reflect modern Britain and its audience.

She provides expertise on all diversity matters, and lead the BBC’s relationship with media watchdog Ofcom.

Lord Hall previously said: ‘I am delighted that June Sarpong is joining the BBC.

‘While we have made significant progress on diversity, we also have to accept that the BBC has much further to go.’

admits, BBC, boss, diversity, I, It
You may also like:

Mom and boyfriend charged after girl, 8, beaten to death and siblings hit with belt and forced to exercise for hours

‘I felt like a small child’: Melburnians’ mixed reactions to curfew’s end