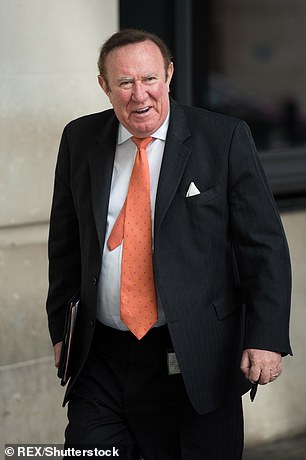 Andrew Neil referred to a journalist as a ‘mad cat woman’

Furious women stars at the BBC have demanded that politics presenter Andrew Neil apologise and called his impartiality into question after he mocked a female journalist as a ‘mad cat woman’.

The broadcaster posted his comment last week about Observer reporter Carole Cadwalladr, who has led investigations into the pro-Brexit campaign’s funding and use of social media, including the Cambridge Analytica scandal.

He has since deleted the tweet, which referred to her as that ‘mad cat woman from Simpsons, Karol Kodswallop’.

The post referred to a character in the US cartoon series, but also echoed Leave.EU funder Arron Banks’ earlier tweet calling Cadwalladr a ‘sad cat lady’. The journalist complained to the BBC demanding an apology, saying: ‘This isn’t just sexist & unfunny… It betrays the British public.’

Now a widely respected female BBC presenter who asked not to be named has told The Mail on Sunday: ‘There is widespread fury that Andrew did not apologise to Carole.

‘There is a feeling Carole has done the lion’s share of work on a particular story and there are certainly questions for the BBC whether he can cover that story impartially.’

The suggestion that Neil, 69, cannot be impartial covering stories related to Brexit could make his job presenting This Week on BBC1 and Politics Live on BBC2 all but impossible.

Another leading female BBC personality said that although the language in the tweet was ‘indefensible’, she had some sympathy for the ‘frustrations’ contained in it after Cadwalladr’s many tweets attacking the BBC’s coverage.

She said: ‘I think the wording was pretty indefensible. Although I would call it sexist rather than misogynist.

‘But I think many BBC people have quite a lot of sympathy for the frustrations contained within the tweet. For a good investigative journalist she does seem to spend and indeed waste an inordinate amount of time trolling the BBC.’

After deleting the offending post, Neil retweeted a statement from the BBC press office which read: ‘There has been some discussion on here regarding a tweet from Andrew Neil about Carole Cadwalladr. He has deleted the tweet and recognises it was inappropriate.’ 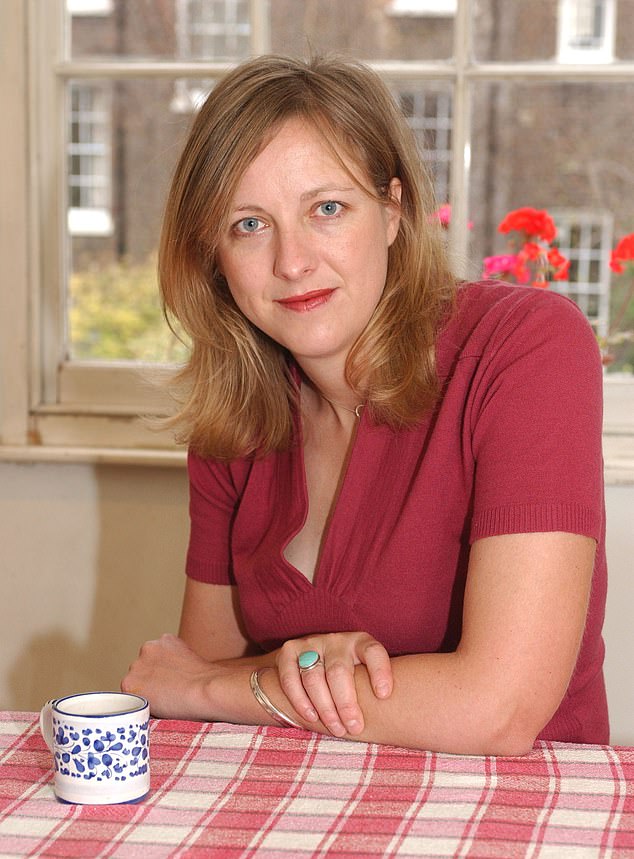 The broadcaster posted his comment last week about Observer reporter Carole Cadwalladr, who has led investigations into the pro-Brexit campaign’s funding and use of social media, including the Cambridge Analytica scandal

The timing of the tweets is particularly embarrassing because they were posted the day before Lord Hall, the BBC’s Director-General said he was appalled by the abuse BBC journalists such as political editor Laura Kuenssberg received on Twitter.

Neil’s critics have contrasted his ‘lenient’ treatment with the BBC’s decision earlier this year to take a number of women off air for ‘impartiality reasons’ after they tweeted support for equal pay at the Corporation.

Cadwalladr yesterday tweeted that she had received private messages of support from both male and female journalists at the BBC.

She wrote: ‘The lifeblood – the journalists – of our public service broadcaster do an amazing job every single day. It’s the weird decisions made at the top that are troubling.’

The BBC News Channel show Newswatch yesterday addressed the controversy, airing the opinions of two viewers critical of Neil. One asked: ‘Why is Andrew Neil still on air.’ The other said the tweet was ‘offensive and misogynistic’.

Neil did not respond to requests for comment from this newspaper.

A BBC spokesman last night said: ‘Andrew acknowledges that the tweet was inappropriate, and it was removed shortly after it was posted. The tweet was sent from Andrew’s personal account, however the BBC has social media guidelines which it expects all staff to follow and these have been discussed with Andrew.’

Andrew, BBC, Nei, say, stars, Women
You may also like: