BBC meteorologist Sarah Keith-Lucas told viewers that the recent heatwave seen across Scandinavia has been replaced by some really “stormy conditions” that swept in over the past couple of days. The presenter warned that the weather across Scandinavia will now remain “fairly unsettled”. It will also be much cooler certainly than it was at the start of the week over the next few days.

“Those showers have just pushed their way eastwards for the likes of Poland down towards Croatia as well.

“To the southeast of that though, hot and dry weather is set to continue across Turkey and into Greece as well.

“But then we’re back into those heavy showers for the Balkans into northern Italy as well.” 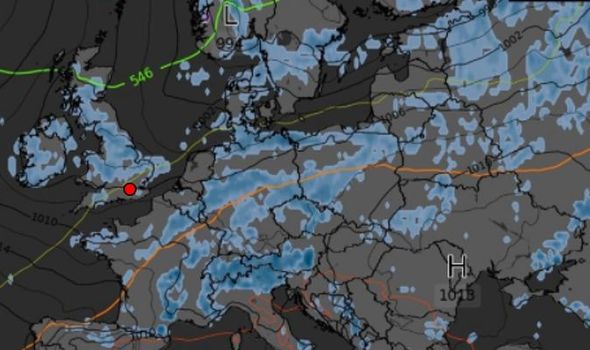 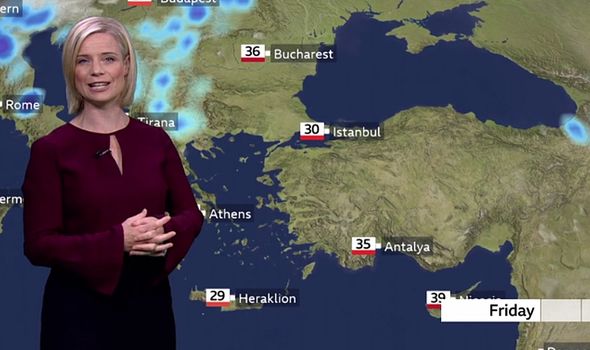 She continued: “These will spread into parts of Poland and there’ll also be some heavy showers up towards Finland.

“It will be cooler certainly for Sweden and Norway than it has been.

“With heavy rain combined with some snowmelt, there could be some flooding issues across southern Norway.

“For the UK, things are also looking fairly unsettled.” 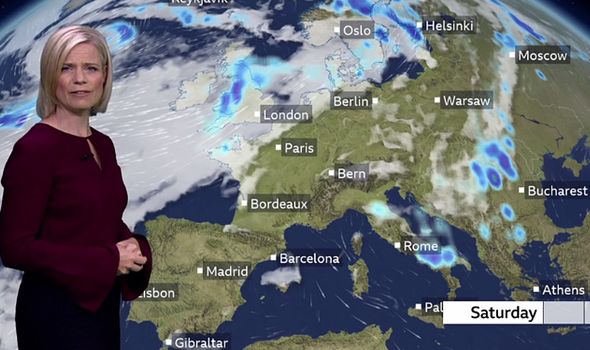 The weather presenter added: “There’ll be windy conditions developing as we head through the weekend.

“But for Portugal and Spain, temperatures are on the rise.

“There’s a lot of hot and dry weather here which will extend into the south of France.” 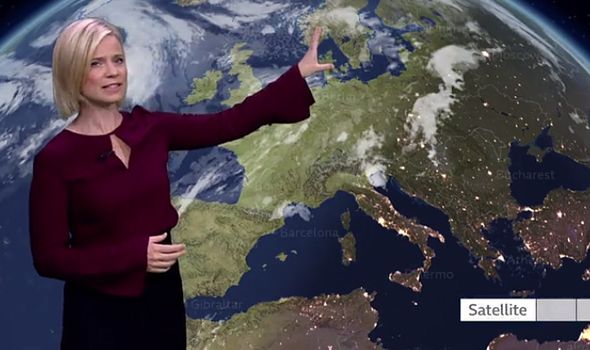 Ms Keith-Lucas told viewers: “However, there are still some showers lingering on Saturday towards the Balkans and into western parts of Russia.

“The outlook for both London and Paris is largely dry.

“Those temperatures are going to be on the rise as we head through the course of next week.

“Sunshine will continue for Madrid and Rome with temperatures around 30 degrees.

“In Berlin, we’re expecting some sunny spells, but further showers at times in Moscow.”