Beloved tabby Millie who spent years sitting outside Waitrose is to get her own STATUE after community raises more than £1,800 in ‘Go-Cat Fund Me’ campaign following her death aged 17

Nearly £2000 has been raised in a crowdfunding campaign to erect a statues of a famous local cat that died aged 17.

Millie the cat won hoards of admirers in Barnet, North London for her adventurous streak that saw her frequent the Spires shopping centre so much so that she became known as Spires Cat.

The popular cat also had stints as library cat and Waitrose cat in her long career of stationing herself wherever she wanted. 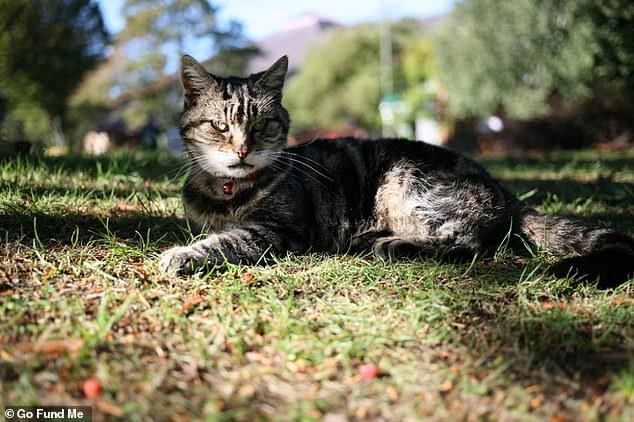 She died ‘peacefully’ after being poorly for some time with a thyroid problem and her owner, Paula Gabb, has been so inspired by tributes to her pet that she wants to permanently honour her.

‘I knew everyone loved Millie, but I’d no idea the affection for her was anything like this,’ she told The Barnet Society.

‘The response has been amazing. In less than a week £1,621 has been donated.’ 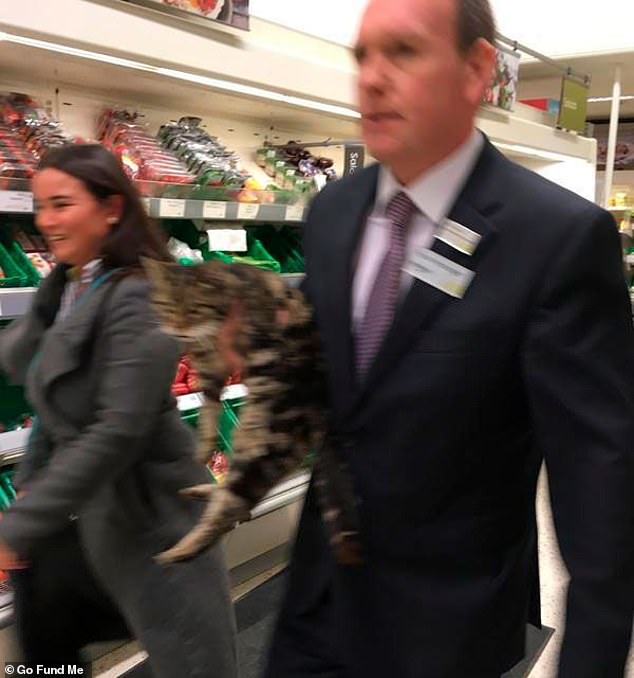 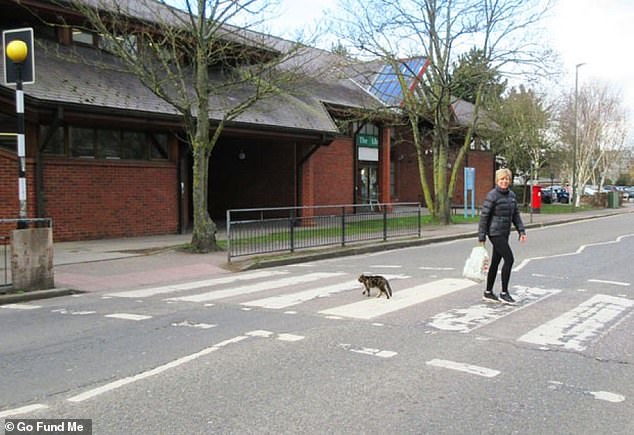 Ms Gabb said she intends to ask the management at the Spire’s shopping centre whether it might be possible to put up a plaque, statue, or bench baring Millie’s name on site. 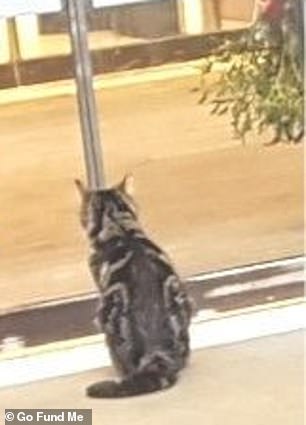 She added that any excess funds will be donated to the RSPCA rescue centre where Ms Gabb was given Millie.

As well as by wandering around Barnet, Millie made her name by crossing at a zebra crossing on her way between her favourite haunts.

In her early days, she was also soon napping in a library and being shooed away from the fish counter in Waitrose.

Ms Gabb said that her beloved pet had been on medication for her ailments for months.

‘She had improved in recent weeks, but I knew she didn’t have long, and she passed away peacefully,’ she said.

‘She will be sadly missed by me, my sons, and all the lovely people to whom she gave so much joy, love and amusement. RIP dear Millie.’ 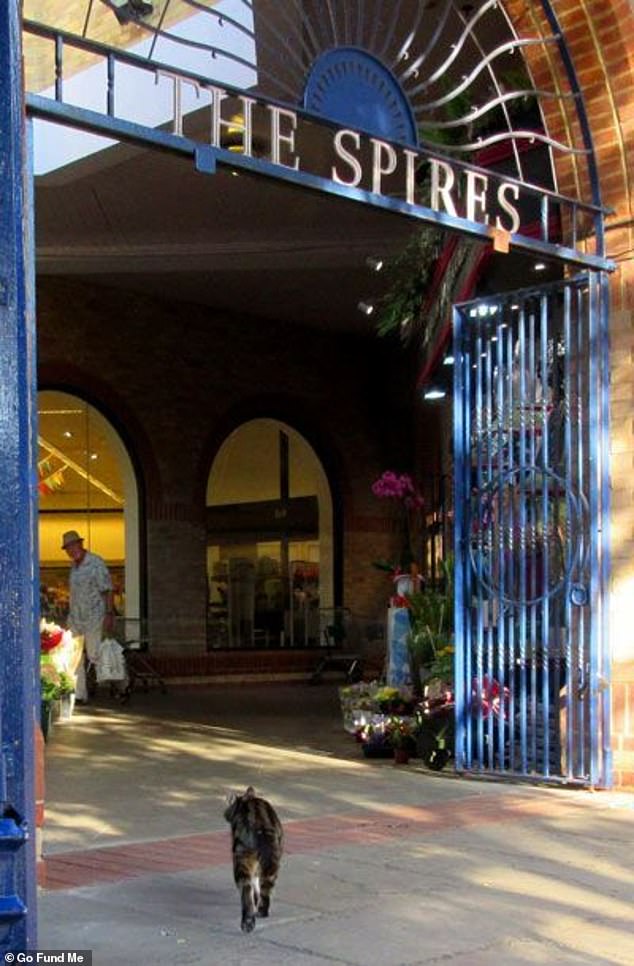 Millie heads towards Spires where she won many admirers. She would frequent shops there 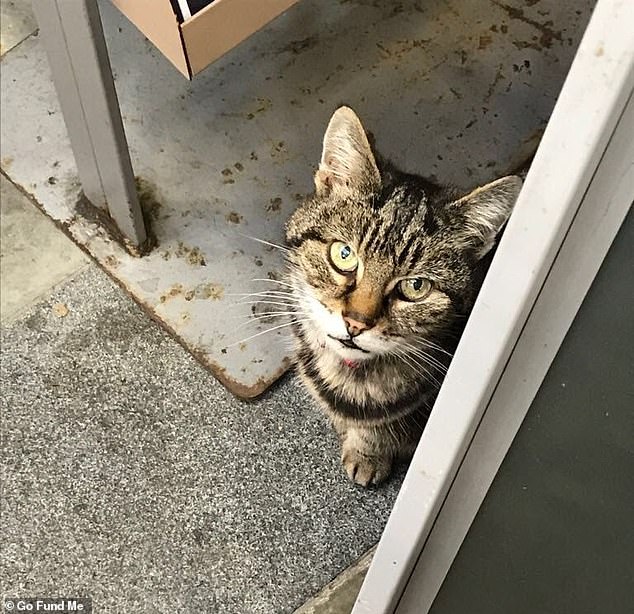 ‘A trip to Waitrose will never be the same again,’ said one admirer online after Millie’s death 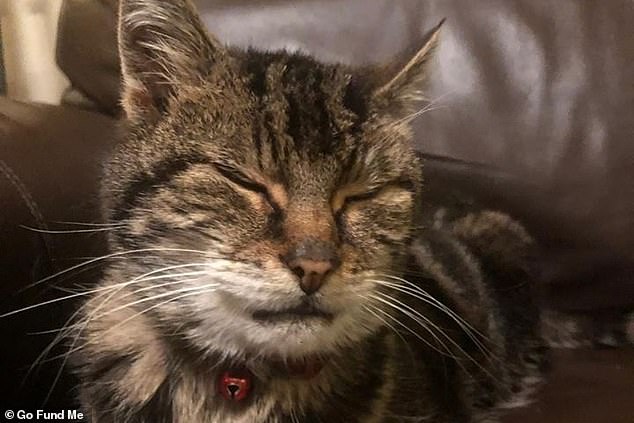 ‘It would be wonderful if we could have something in her memory,’ said Millie’s owner, Paula

Tributes flooded in online to the ‘real local character’.

‘A trip to Waitrose will never be the same again,’ said one admirer.

The Spires twitter account also paid tribute, saying: ‘We are very sad to hear about the passing of Millie. She will be sorely missed by both Spires staff and customers. RIP Millie.’

‘Oh no how sad. Coolest cat ever! Used to cross at the zebra crossing to come see her adoring fans, rip Millie #topCat,’ said another person on Twitter.

Ms Gabb said such is the interest in Millie that she has already started writing her biography.

‘It would be wonderful if we could have something in her memory,’ she said.

You can donate to Ms Gabb’s cause here. 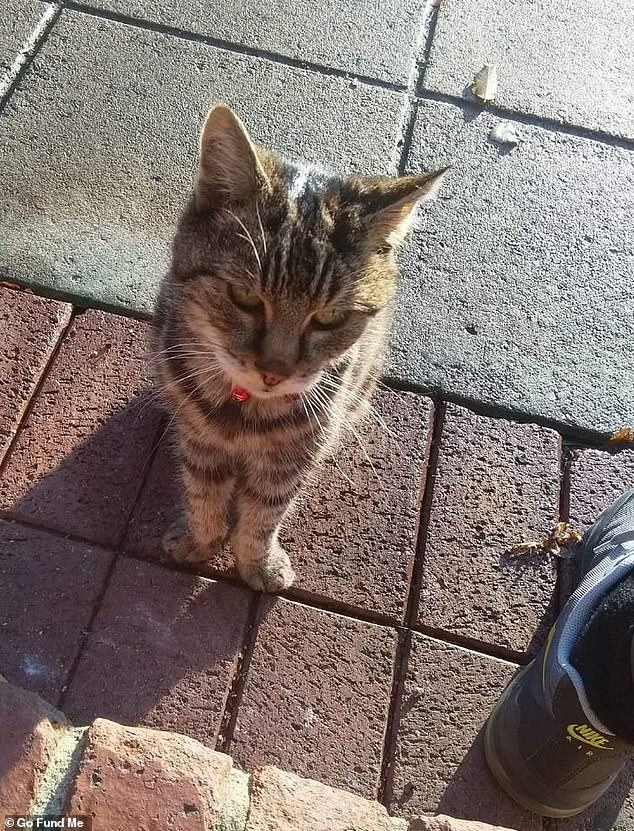 Millie on one of her adventures. She liked to frequent the Spires shopping centre in Barnet

Beloved, cat, Millie, STATU, tabby
You may also like: