Ben Lacomba is jailed for life for murdering Sarah Wellgreen

The former partner of mother-of-five Sarah Wellgreen has been jailed for at least 27 years for her murder, despite her body having never been found.

Taxi driver Ben Lacomba was last week convicted of killing the 46-year-old mother of five after she vanished from her home in October last year.

Today he was ordered to serve at least 27 years before he can apply for parole and, under new laws, may struggle to ever be freed unless he reveals where he put her body.

Lacomba could be subjected to the proposed ‘Helen’s Law’, named after murder victim Helen McCourt, which forces the Parole Board to consider whether killers have told authorities where they left their victims. 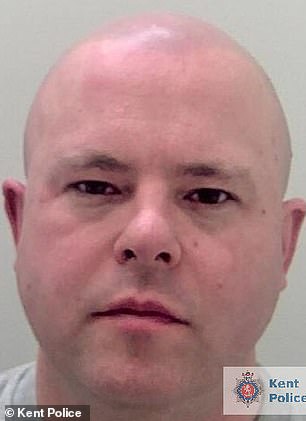 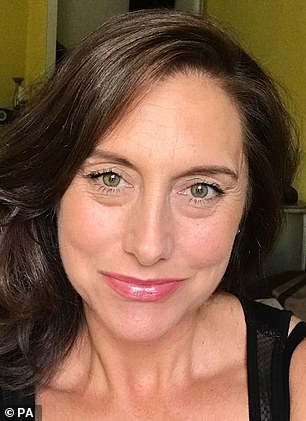 Ben Lacomba has been convicted of murdering his ex partner Sarah Wellgreen, who has not been seen since she returned home from work on October 9 last year 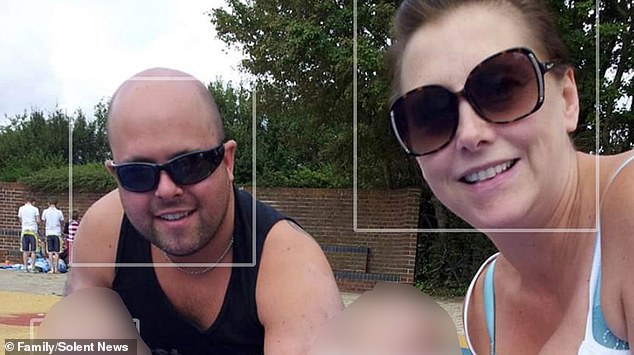 Lacomba and Ms Wellgreen pictured together during their 10-year relationship. He became ‘bitter and controlling’ after they split, the murder trial heard

In what has been described as a ‘highly unusual case’, extensive searches have not located a body and no forensic evidence was uncovered.

Police built a ‘compelling case’ that the only suspect was Lacomba and have vowed to continue to try to locate her body.

Lacomba, 39, was said to be ‘angry, bitter and controlling’ when he hatched a ‘deliberate, planned and careful’ plot to murder his former lover.

He was aware that Mrs Wellgreen planned to buy him out of their home in the Kent village of New Ash Green after winning a custody battle over their three young children.

Twice-married Mrs Wellgreen had two adult sons from a previous relationship. They offered to help her obtain a mortgage to own the property outright.

Lacomba knew he would then have limited contact with their children and so decided to kill her and bury the body in the Kent countryside, police believe.

Lacomba is thought to have drowned Mrs Wellgreen in the bath early on October 10 last year before driving her body away in his distinctive red Vauxhall Zafira taxi.

He may have dug her grave days before her murder. What was described as a 5½ft ‘gravediggers’ shovel was found in his shed. 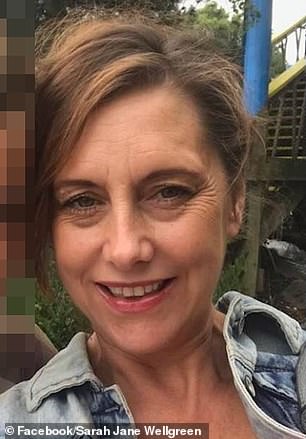 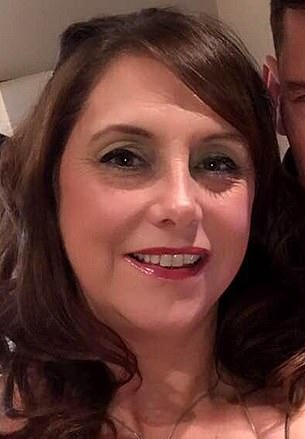 Ms Wellgreen’s adult son, Lewis Burdett told the court today  that he just wants to know where his mother is buried

Emotional victim personal statements were heard during proceedings, with Mr Burdett, now a serving soldier, choosing to read his own.

Glancing at Lacomba in the dock, he said his world ‘fell apart’ and that he still picked up the phone in the hope of speaking to his mother.

‘Being in the Army has changed me and turned me into the man you see today. I know my mum would be so proud of what I have achieved and I wish she could see me in my uniform,’ added Lewis.

‘I love her with all my heart. My heart aches for her. All I want is my mum back. Knowing there is nothing I can do makes me feel dead inside.

‘All I have wanted is to know where my mum is so I can lay her to rest. Rest in peace, Mum. I love you.’ 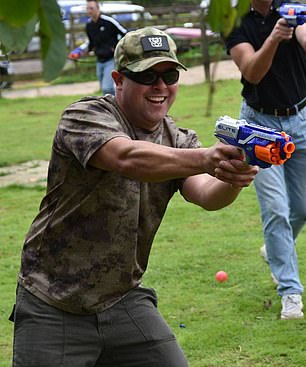 Judge Christopher Kinch QC told Lacomba he had carried out ‘a thoroughly wicked plan, executed entirely for selfish interests and without any thought for the dreadful consequences’ for Sarah’s children.

He said: ‘This murder was no crime of passion or momentary outburst of violence. It was, I am sure, a planned and calculated operation that developed as it became clear Sarah Wellgreen’s plans were to raise a mortgage and buy out your stake in the property.

‘I cannot be sure you planned the murder over many months but your consideration and calculation clearly took some time.

‘Above all, I am sure you must have identified a site for the disposal of her body in advance.

‘Your careful and unobserved departure from the house at night, the purposeful drive to an undisclosed location and your equally careful return home in the early hours of the morning are consistent only with a significant degree of planning and forethought.’ 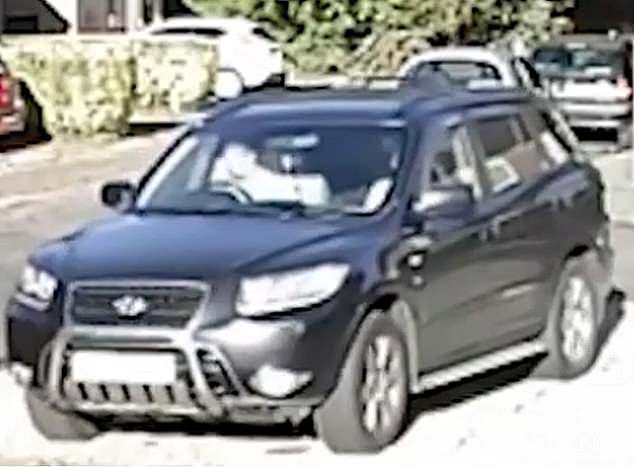 Footage shows Sarah Wellgreen driving away from the car park outside her home in New Ash Green in Kent on the morning of October 9 last year. She returned that evening and has not been seen since

During a four-week trial, a jury at Woolwich Crown Court heard how Lacomba claimed to have bought the shovel as a Christmas gift for his pain-ridden mother Marilyn, 66.

Lacomba may now be subjected to the proposed ‘Helen’s Law’, named after Helen McCourt, whose killer Ian Simms refused to offer reveal the whereabouts of her body in 1988.

What is Helen’s Law?

Helen’s Law was in the Queen’s Speech this month is expected to become law in spring 2020.

Under the plans, named after murder victim Helen McCourt (pictured), the Parole Board will have a legal duty to reflect the failure to disclose the site of a victim’s remains when considering if a prisoner should be freed. 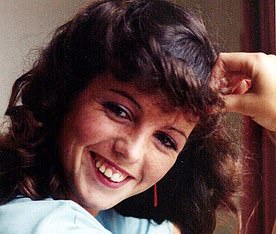 The announcement marks a victory for Helen’s mother, Marie McCourt, 74, who has been campaigning to stop the release of her daughter’s killer, Ian Simms.

Miss McCourt, 22, an insurance clerk, was killed in February 1988 after vanishing on her way home from work.

Pub landlord Simms was convicted thanks to DNA evidence, but he has always refused to reveal the location of her remains and they have never been found.

A Bill on Helen’s Law was brought before Parliament earlier this month, making it a legal requirement for the Parole Board to take into account a killer’s failure to disclose the location of their victim’s remains when considering them for release.

Courts can also hand down tougher sentences for murderers who deliberately conceal the location of a body.

In the hunt for Mrs Wellgreen, police trawled 22,000 hours of CCTV footage seized from houses, businesses and streets within a five-mile radius of her home, as specialist teams carried out almost 2,000 searches of the area.

Lacomba tried to discredit the former bank manager by telling police in a ‘missing person’ 999 call on October 11 that she led a ‘weird life’ and was cheating on several men.

Speaking after Lacomba was found guilty, Detective Chief Inspector Ivan Beasley said: ‘We still haven’t found Sarah and that is a massive gap in their life.

‘The fact they’ve not been able to understand exactly what happened to Sarah, where she is, and be able to lay her to rest in their way is really, really causing a big impact on the family.

‘There is one person that knows where Sarah is and he won’t tell us.

‘He won’t tell us to enable us to find her for his children who desperately want to know what happened to their mum.’ 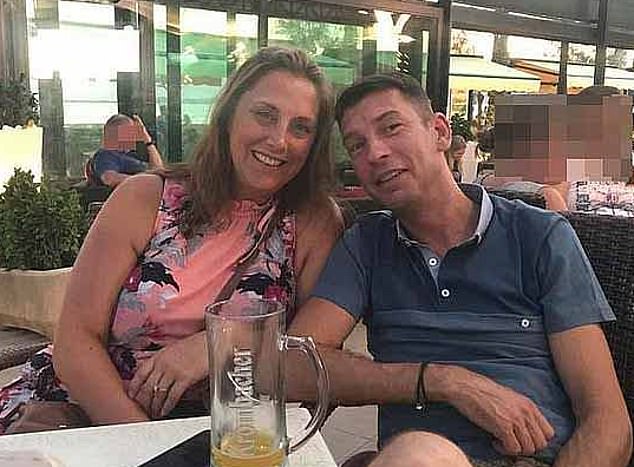 In a 999 call after he killed Ms Wellgreen, Lacomba tried to throw police attention towards her new boyfriend, Neil James (pictured), the court heard

During a search of a shed at Lacomba’s home, police found a 5ft-long brand new shovel.

Prosecutors pointed out that the property had a small rear garden covered with artificial grass and paving stones, and said he had no use for such a tool.

He claimed he bought the shovel as a Christmas gift for his mother in 2017 as she planned to dig flower beds in his front lawn.

The prosecution said his account was ‘complete nonsense’ as his mother, Marilyn Lacomba, is in her 60s and suffers from the pain condition fibromyalgia.

Lacomba initially agreed to hand over his phone but was reluctant to do so and ‘frantically’ scrolled through it.

When asked to sign a consent form allowing the downloading of location data, he said there was no point as he had switched it off.

When police took it, he followed them insisting he needed it for work. At that point, his consent was necessary and police were forced to give it back to him. He later threw both of his two phones in the River Thames.

Lacomba said he was asleep at home the night Ms Wellgreen disappeared but CCTV images from homes and farms near their home appeared to show his Vauxhall Zafira taxi driving around that night.

Prosecutors said Lacomba left the house in his taxi and was seen driving along isolated country lanes before returning home more than two-and-a-half hours later.

Forensic imagery analysts were asked to consider CCTV images from the night of the alleged murder, photos of Lacomba’s taxi and footage of the reconstruction. Experts could say only that Lacomba’s taxi was ‘similar’ to that caught on camera. 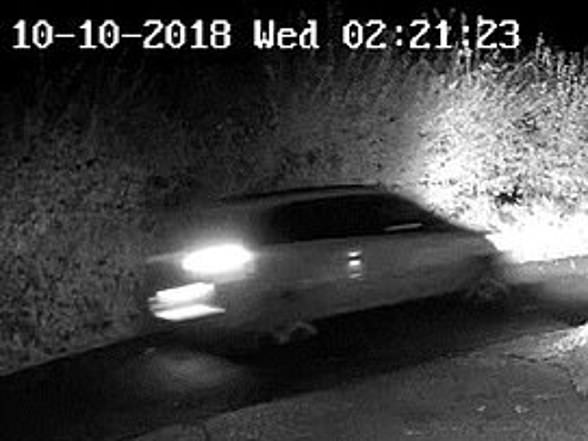 Lacomba appears to push suspicion towards others during his call to report Ms Wellgreen missing.

He claimed she had been stalked and assaulted at work and that her on-off partner at the time, Neil James, was ‘paranoid’ and on one occasion had put a tracker on Sarah’s phone.

Lacomba also claimed one of Mr James’s former partners was also stalking Sarah, sending her photos of her car when she was staying at his house.

He told the 999 call operator: ‘She hasn’t gone missing before but her, erm, she’s got a bit of a weird life let’s put it that way.’

He claimed Sarah was ‘sort of like seeing a few blokes’ other than Mr James, adding ‘and so it looks like she’s cheating on him’

Timeline of events leading up to and immediately after the disappearance of Sarah Wellgreen.

2004: Ben Lacomba and Sarah Wellgreen meet online. They enter into a long-distance relationship before she moves to live with him in Majorca.

2006: Lacomba and Ms Wellgreen move back to the UK due to financial issues.

2014: The couple separate but remain living together in the family home. 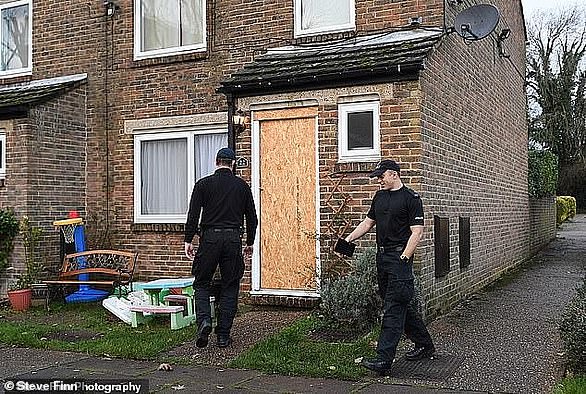 July 12-13, 2018: Ms Wellgreen contacts a mortgage broker about buying Lacomba out of their house.

August 7: Ms Wellgreen contacts the mortgage broker again confirming that she wishes for them to act for her.

August 15: The mortgage broker sends Ms Wellgreen a mortgage quotation. She confirms that she wishes to proceed.

September 13: Ms Wellgreen is informed that the mortgage has been approved.

September 21: Ms Wellgreen applies for a job as a business development manager.

October 8: Ms Wellgreen is offered the job, which comes with a pay rise and company car. She accepts the next day.

4.50pm: Lacomba drops off his last customer of the day in Sevenoaks and then books off work.

October 10: 8.30am: Lacomba arrives at his children’s school and speaks to staff about a school trip his children are booked on.

1.34pm: Lacomba drops off his last customer of the day and books off work.

1.55pm: Lacomba is arrested for the first time in Dartford.

November 2: Police conduct a further search of the family home.

7.40pm: Lacomba is charged with the murder of Sarah Wellgreen.

December 21: Police conduct another search of the family home and seize a further shovel from the shed.

October 28, 2019: Lacomba is convicted of murder at Woolwich Crown Court.

Ben, for, is, jailed, Lacomba, Life)
You may also like: