Benefits cheat, 54, who pocketed £52,000 claiming he could barely walk was caught on video trotting up flights of stairs at work

A benefits cheat who falsely claimed £51,867 after telling the authorities he could barely walk was filmed climbing flights of stairs at work, a judge has heard.

Forklift driver Neil Sheppard – who walked into court – had previously pleaded guilty to falsely claiming Disability Living Allowance between 2001 and 2016 by failing to say he had returned to work.

As part of his claim, Sheppard declared he was virtually unable to walk, and needed help to prepare and cook meals.

He then failed to declare a change of circumstances to the Department for Work and Pensions (DWP), for the same period.

A judge handed him a nine-month sentence, suspended for 12 months, on Thursday. 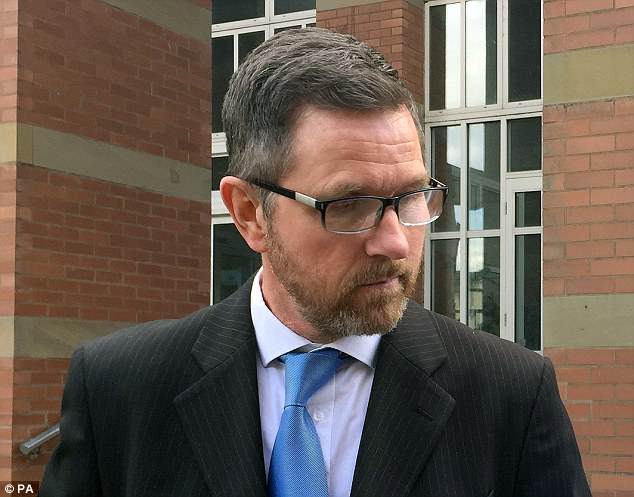 Neil Sheppard outside Stafford Crown Court on Thursday, after he was handed a nine-month jail term suspended for 12 months after admitting benefit fraud

Investigators had found Sheppard, who has multiple sclerosis, and suffered a partial amputation of his left arm after an industrial accident, had been working since 1995 as a forklift driver.

CCTV recovered from his workplace at Mondelez International, Minworth, in Birmingham, showed Sheppard walking through a staff recreation room, standing unaided and climbing a flight of stairs with ease.

Prosecution barrister Rachel Pennington said: ‘Listed on his self-assessment claim form to the DWP, he was claiming restricted mobility and help with care needs; that it took him 20 minutes to walk 100 metres, used a walking stick and would lose his balance.’

During sentencing at Stafford Crown Court, Judge John Gosling said: ‘It’s always serious to cheat the state out of benefits, as it affects the entire welfare system. But each case has to be considered on its own merits’. He added that Sheppard was of ‘previous good character’, was valued by his employer, and that his medical condition had ‘recently deteriorated’

The court was told the 54-year-old, from Severn Drive, Burntwood, Staffordshire, was able to attend regular meetings in the staff canteen, which was up two flights of stairs, in a building without a lift.

During sentencing at Stafford Crown Court, Judge John Gosling said: ‘It’s always serious to cheat the state out of benefits, as it affects the entire welfare system.

‘But each case has to be considered on its own merits.’

He added Sheppard was of ‘previous good character’, was valued by his employer, and said his medical condition had ‘recently deteriorated’.

The judge said: ‘The pre-sentence report tells me he simply failed to understand the importance of changes (in condition) – I think there’s something in that. I don’t think this is a concerted and protracted fraud.’

He added it was ‘entirely unsatisfactory’ that it had also taken two years to bring the prosecution against Sheppard.

Following sentencing, Sheppard accompanied by his wife Jo, told waiting reporters he was ‘sorry’ and ’embarrassed’ and said the money would be repaid, but bemoaned the ‘complexity’ of the system.

He said: ‘My condition fluctuates that much anyway, am I supposed to be on the phone every five minutes – ‘I’ve improved today’ and they say ‘sorry, not today’.’ 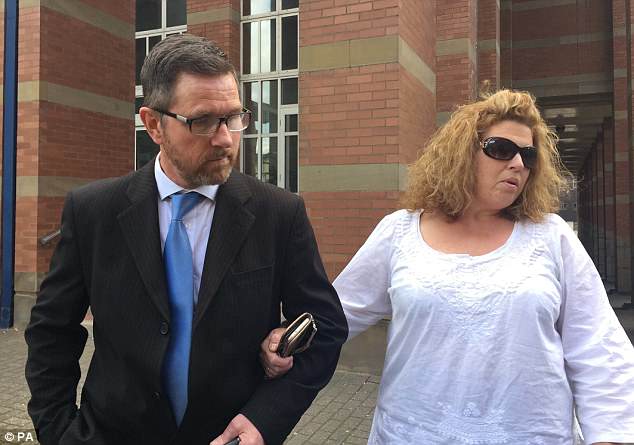 Neil Sheppard, with his wife Jo, outside Stafford Crown Court, told reporters after his sentencing that the couple would now probably have to sell their home to pay the cash back

The couple added they would now probably have to sell their home to pay the cash back.

Afterwards, the Department for Work and Pensions said: ‘Only a small minority of benefit claimants are dishonest, but cases like this show how we are catching those who cheat the system and divert taxpayers’ money from the people who need it.

‘We are determined to catch those we suspect of fraudulently claiming benefits by following up on tip-offs, undertaking surveillance and working with local councils.’