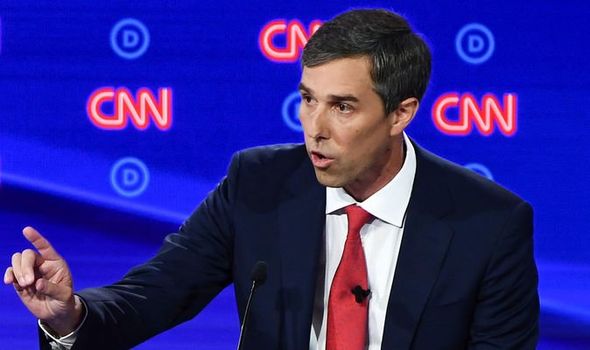 Mr O’Rourke, a native of El Paso, was the House representative of Texas’s 16th district from 2013 until 2019. He opted not to stand for re-election to run for the US Senate but lost to former Republican Presidential nomination candidate Ted Cruz. Mr O’Rourke has since announced he is running to secure the Democrat nomination for next year’s Presidential election.

However, the Twitter account for Trump War Rooms posted: “Beto O’Rourke invited three people inspired by ex-NFL player Colin Kaepernick to kneel during the national anthem to be his guests at tonight’s Dem Debate.”

Colin Kaepernick was a quarterback for the San Francisco 49ers until 2016 following his decision to kneel during the traditional playing of the US national anthems before games as a protest to what he felt was racial injustices in the US.

He opted out of his contract with the 49ers before the 2016 NFL season and has not been signed by another team since and did file a lawsuit accusing NFL owners of blackballing him which was withdrawn after a confidential settlement with the league earlier this year.

Some users responded to the shock revelation by criticising Mr O’ Rourke’s decision. 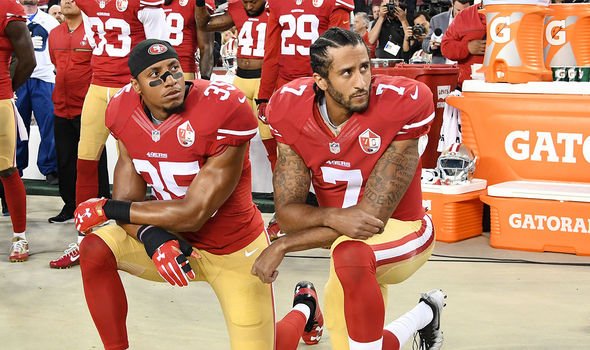 One user simply commented “disgusting” and another wrote “he who kneels for the flag cares not for those that lay down their lives for the nation.”

Another tweeted: “Good idea! Insult America at the same time you’re asking for their votes!”

A commenter even described him as “Beto O’Wack”.

Not all users were critical though, with one tweeting “good for him!” and another stating Mr O’ Rourke was “still more American and patriotic than treasonous Trump”. 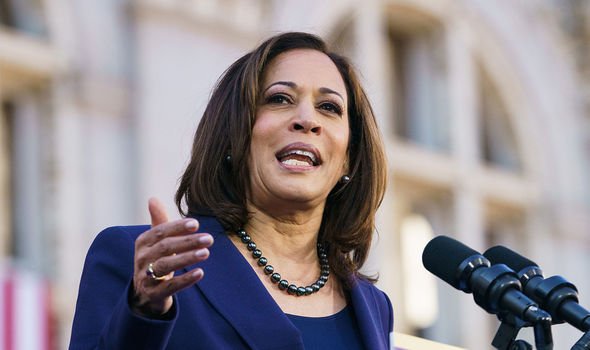 Mr O’ Rourke has 19 opponents for securing the nomination.

2020’s Democratic National Convention in Milwaukee in July will see nominations for President and Vice-President chosen by party delegates.

Donald Trump is seeking the Republican nomination to stand for re-election, his opponent is former Massachusetts Governor Bill Weld, who stood as the Libertarian Party’s nomination for Vice-President in 2016.

One in eight adults will be jobless by Christmas, dire forecast warns