The once-hailed 'America's dad of TV' faces the rest of his life behind bars after being found guilty of three counts of sexual assault. 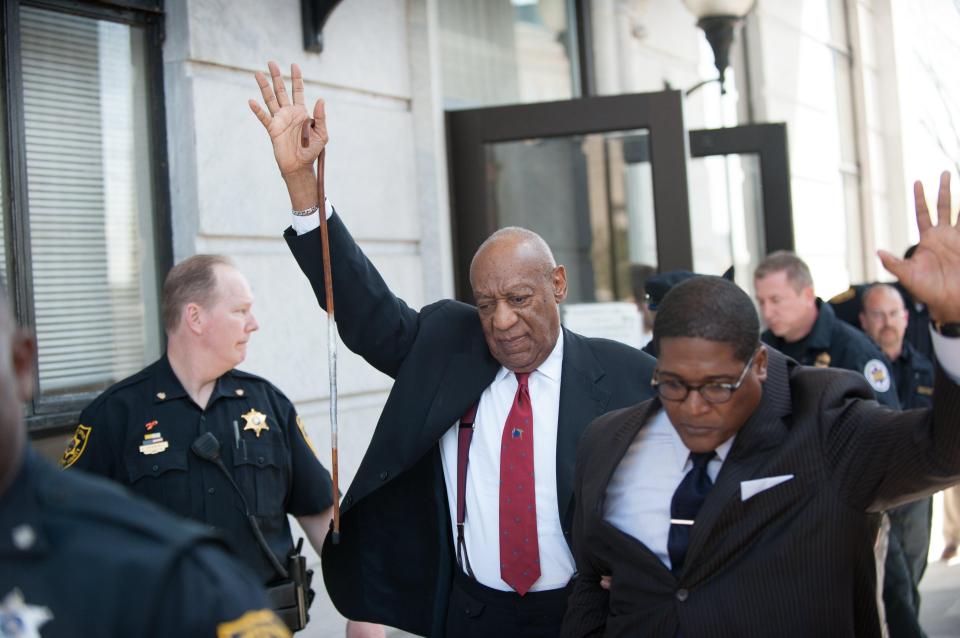 The married star showed no emotion and looked down at the table in front of him as the verdicts were read — prompting some of his victims in the gallery to burst into tears.

The convicted pervert now faces up to 30 years behind bars – ten for each count of sexual assault.

The verdict marks the first celebrity sexual assault conviction since the eruption of the #MeToo movement with Harvey Weinstein whistleblower Rose McGowan praising the guilty verdict. 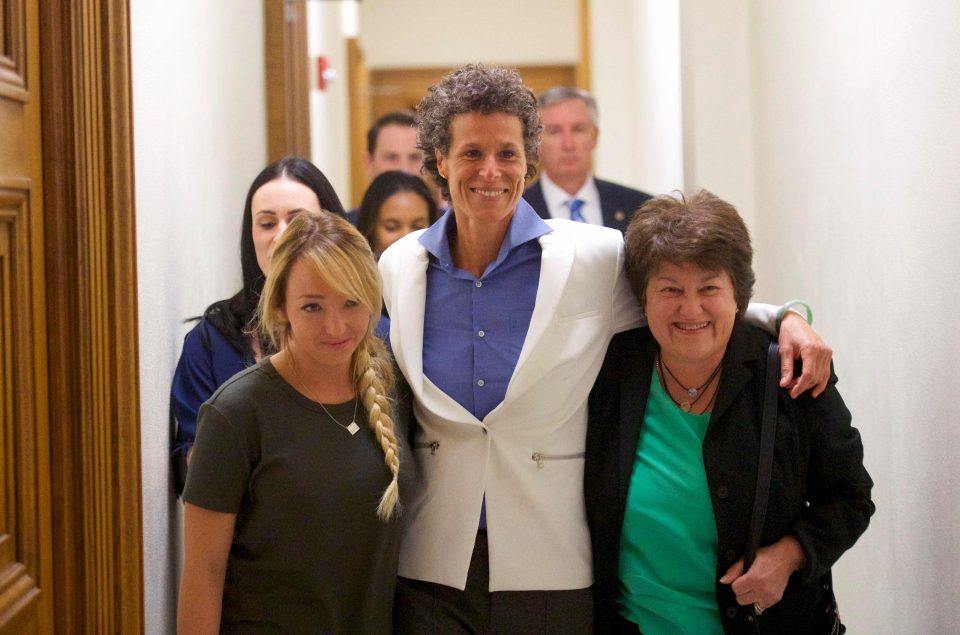 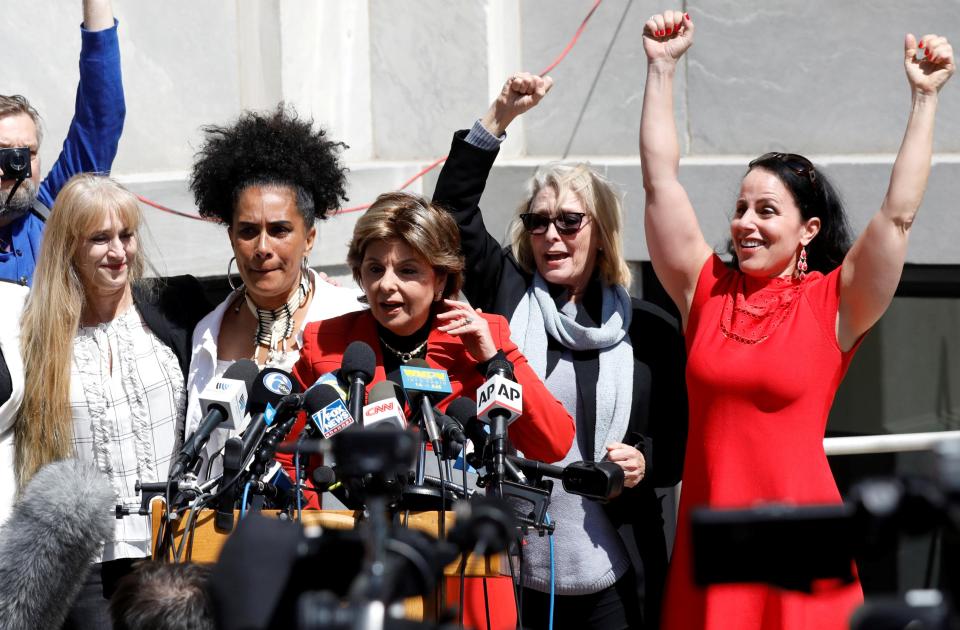 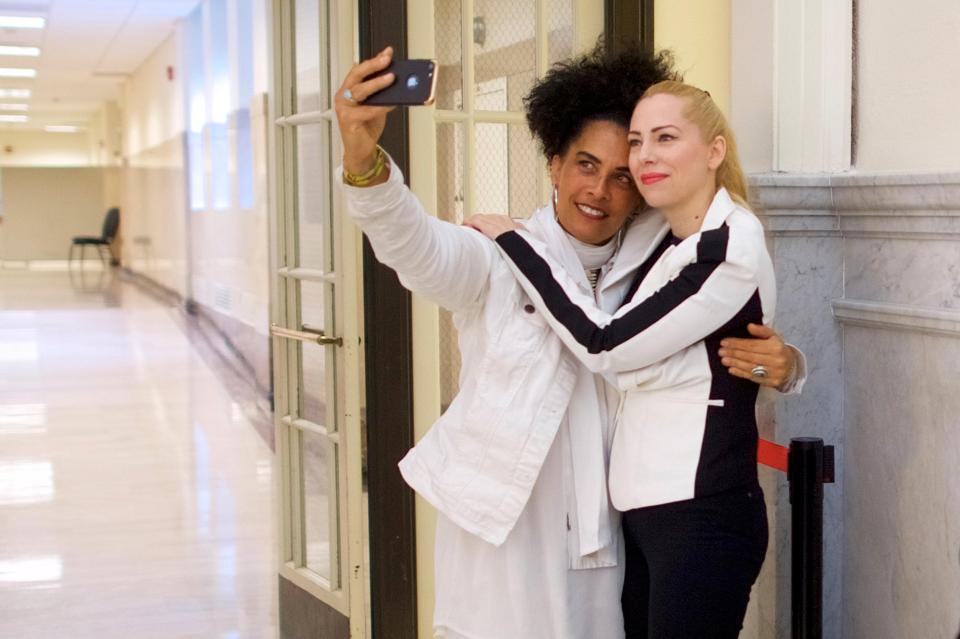 District Attorney Kevin Steele argued for Cosby's bail to be revoked arguing the comedian's plane could see him jet off "to anyplace in the world."

In an extraordinary outburst Cosby leapt to his feet and screamed: "He doesn't have a plane, you a**hole!"

Cosby's chief accuser Andrea Constand, 45, bravely took the stand to publicly relay for a second time her recollection of the horrifying 2004 attack.

The ex-university women’s basketball team manager told jurors Cosby had knocked her out with three blue pills he called "your friends" before sexually assaulting her while she was unable to resist or say no.

Accusers Lili Bernard and Caroline Heldman posed for a selfie outside Montgomery County Courthouse in Norristown, Pennsylvania ahead of today's verdict.

Bernard, who sobbed inside the courtroom, told reporters: "It's a victory not just for the 62 of us who have come forward but for all survivors of sexual assault, female and male.

Two other Cosby accusers were seen hugging, crying and clapping after the guilty verdict.

Lawyer Tom Mesereau – who won an acquittal in Michael Jackson's child molestation case – declared "the fight is not over" and said the disgraced actor appeal the conviction. 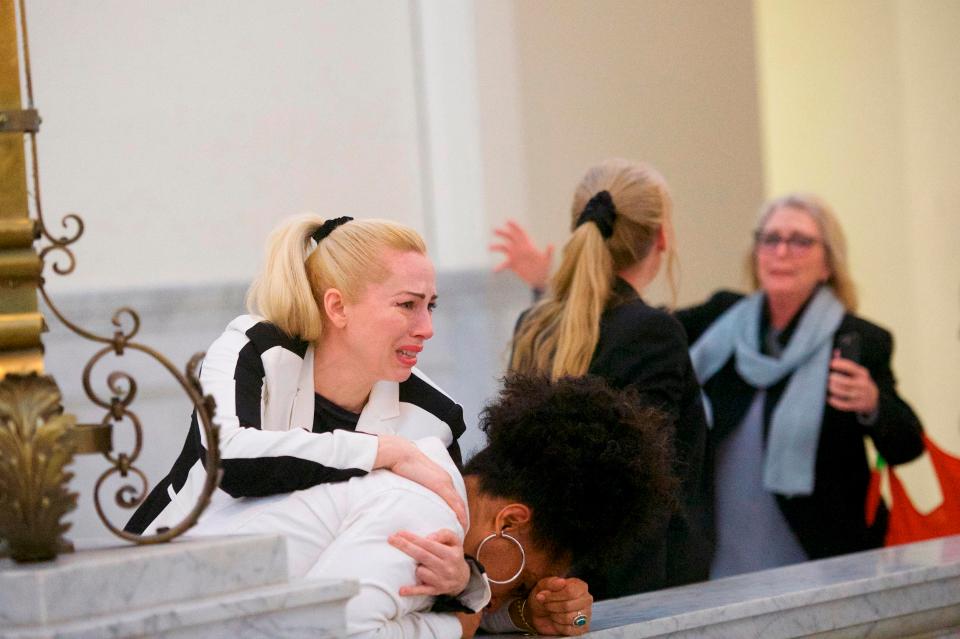 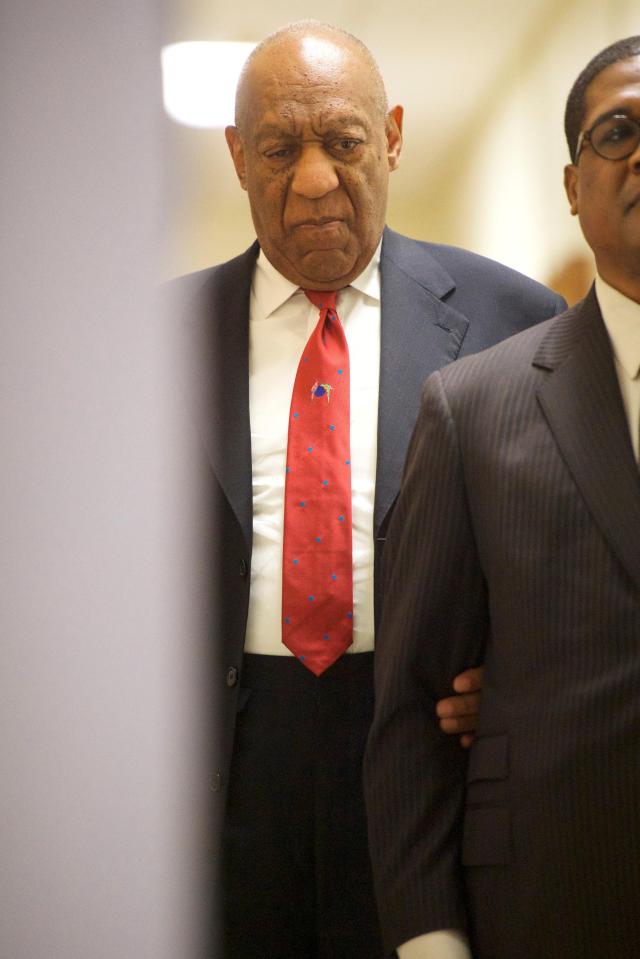 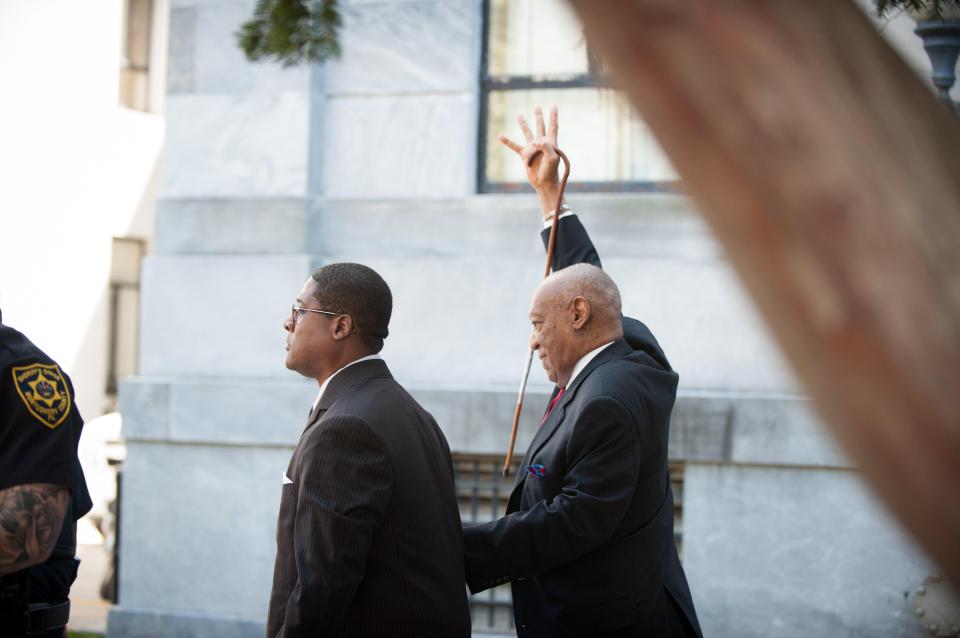 Jurors at a first trial last year were deadlocked on the charges, but this time around they deliberated for just 14 hours at a court in Norristown, Pennsylvania, before convicting him.

The second trial took place following the #MeToo movement which has targeted rich and powerful men for their mistreatment of women.

The worldwide movement has swept across Hollywood since the Harvey Weinstein scandal last October.

She wrote: "Cosby is guilty. I'm sorry if you loved a lie. His victims can now exhale. Thank you judge and jury. Thank you society for waking up." 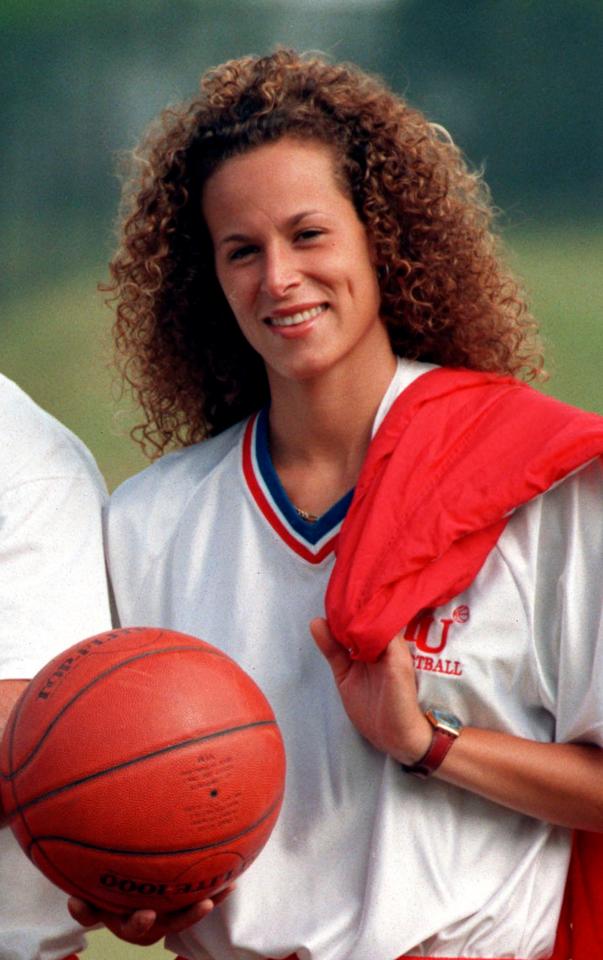 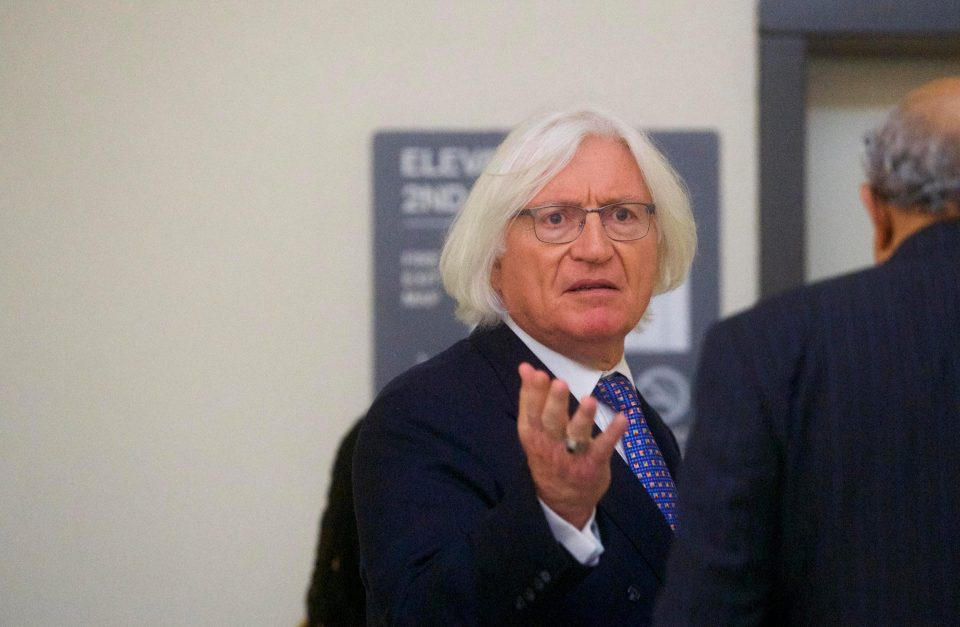 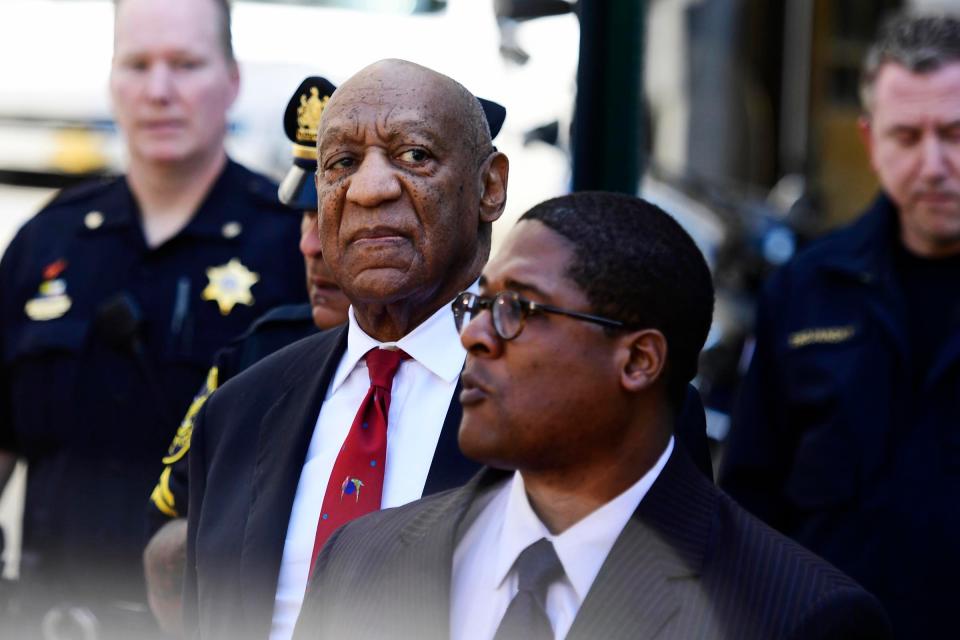 The conviction is a remarkable fall from grace from one of America's most-loved TV stars.

Cosby broke racial barriers as the first black actor to star in network show 'I Spy' which won him an Emmy.

He later became a household name as the lovable sweater-wearing Dr Cliff Huxtable on hit 1990s show The Cosby Show.

Celebrity attorney Gloria Allred who represented some of Cosby's accusers said: "We are so happy that finally we can say women are believed."

Cosby's lawyers argued the sexual interactions was consensual and that Constand was a "con artist" who wanted a slice of Cosby's fortune from his six-decade career.

Although dozens of women have accused the fallen actor of sexual misconduct only Constand's allegations have resulted in criminal charges.

Cosby remains on $1million bail with sentencing within 90 days.