He’s the self-made billionaire who, along with his brother, built an enormous property empire from the ground-up – after renovating a £122,000 one-bedroom flat in central London.

And now Christian Candy plans to expand his £150million Candyland kingdom even further – with the construction of an underground museum for up to 57 cars, a dance studio and 12-room ‘wine cave’.

A sumptuous £30million mansion containing an 82-foot swimming pool, gym and massage room will also be added to the Surrey estate, alongside a quaint cottage for guests, greenhouse and garage for extra vehicles.

Christian, 45, and his wife, the former socialite Emily Crompton, 38, bought up the four properties surrounding their opulent estate – thought to be worth 40 times Ed Sheeran’s luxurious ‘Sheeranville’ in Suffolk – where they live with their twins Isabella and Cayman, aged seven.

Work has already begun on the site, with the old mansion and outbuildings demolished and the first roads laid. 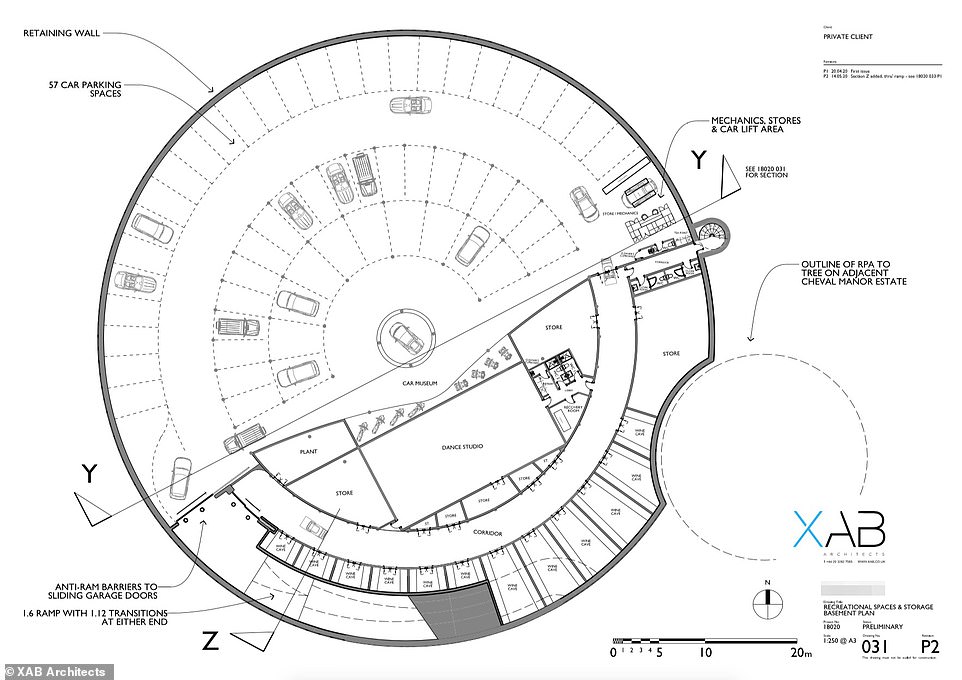 The extensive underground car museum will have enough space for 57 vehicles, alongside a 12-room wine cave 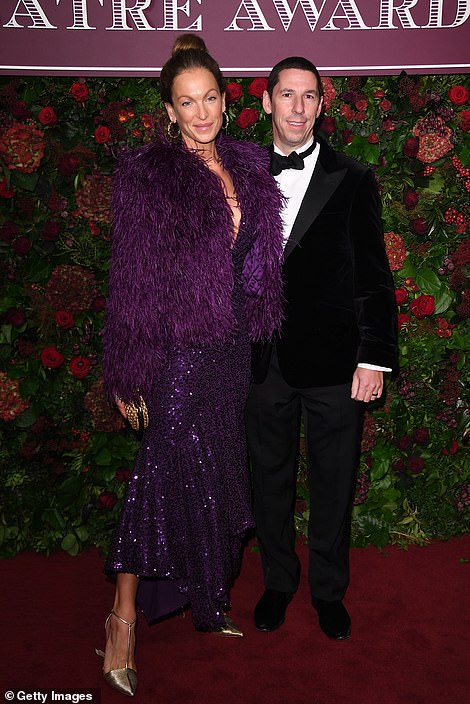 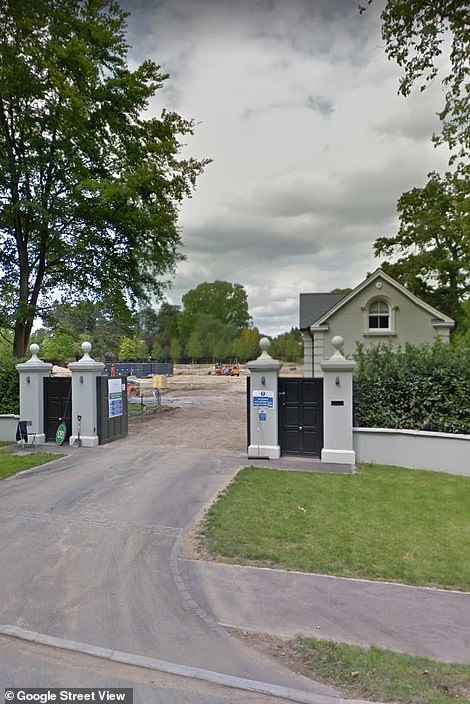 Christian Candy, 45, and his wife, former socialite Emily Crompton, 38, bought up the property next to their other mansion

These plans reveal the large underground museum will be beneath the front lawn, overlooked by a sumptuous new mansion 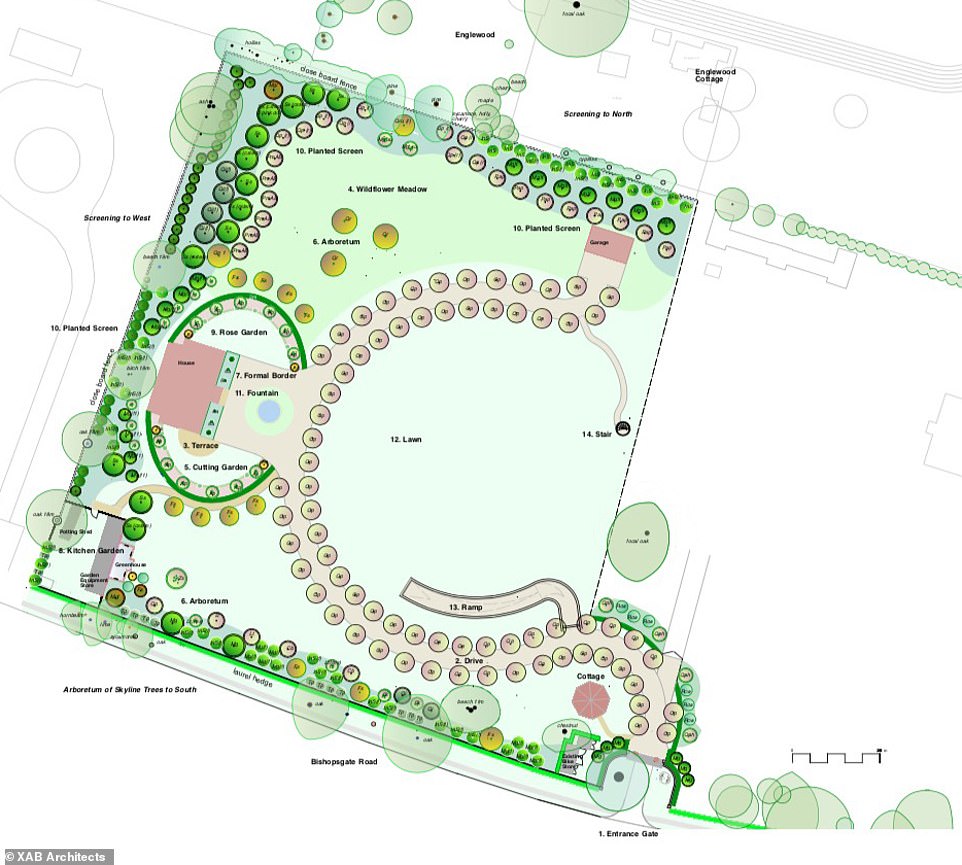 The initial buildings on the site have been flattened so that the museum, £30million mansion and £9million tree-lined driveway can be added. A quaint cottage, garage and gardeners shed are also included in the plans

The circular underground car museum will be 200-feet in diameter, plans reveal, with plans for a sloping ramp in the lawn so that cars can enter and exit.

The museum will also be fitted with a mechanical store and car lift, which it is thought will be used to carry out repairs, inspections and alterations to vehicles.

There are no complaints over the plans, submitted in May, and council officials are expected to give them the green light.

One concern has been noted by council consultant Andrew Hill, who complained about the risk of lorries on narrow roads. 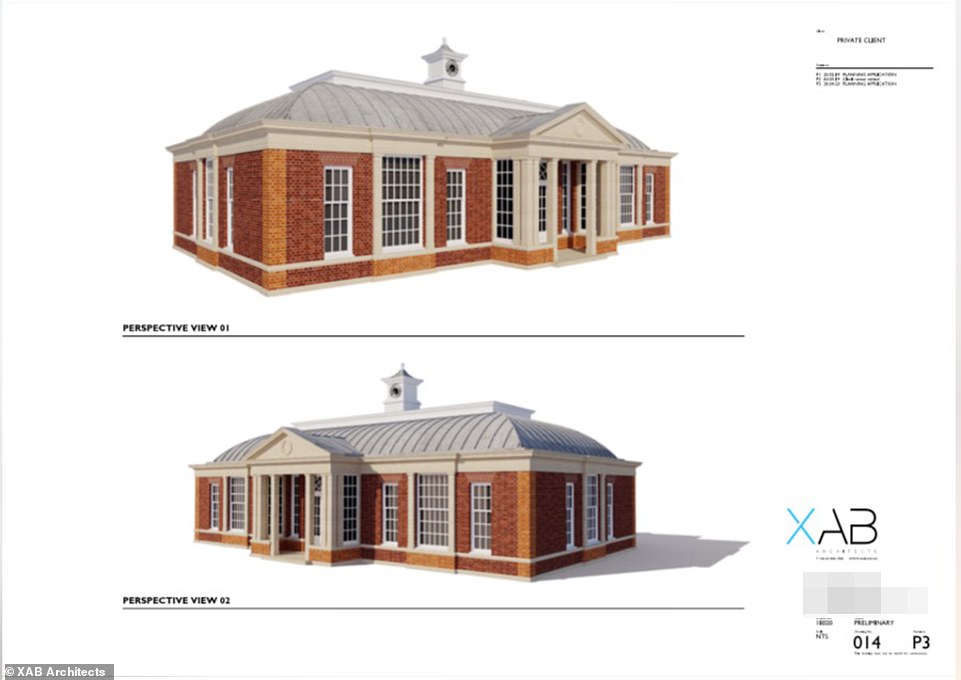 Pictured is the sumptuous mansion also in the plans, which will have a swimming pool, gym and massage room underneath it 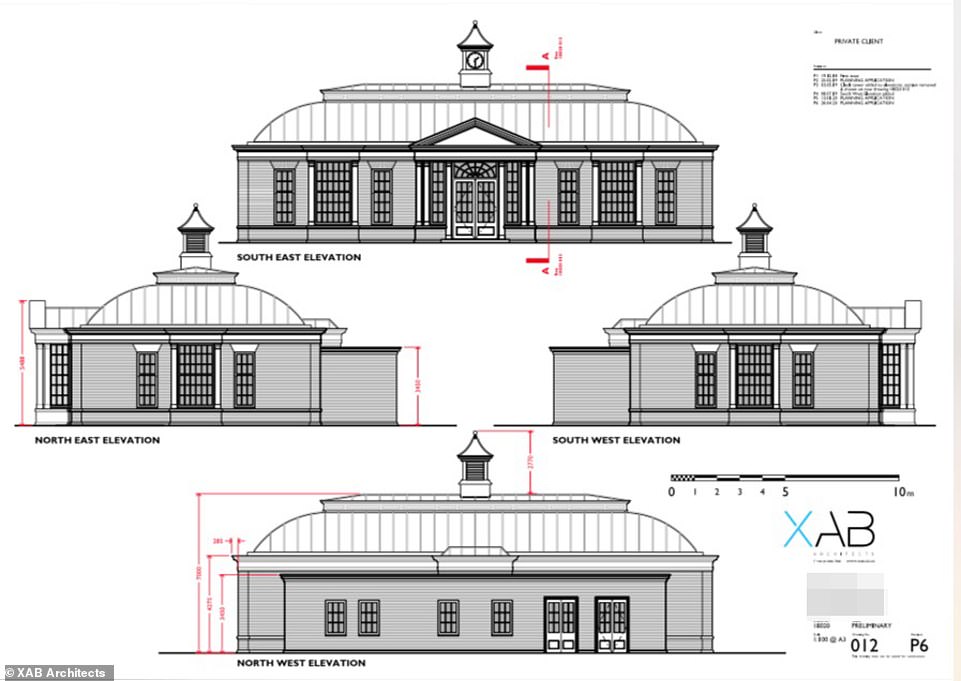 This shows the four sides of the single-floor mansion, which have also been submitted in the planning application 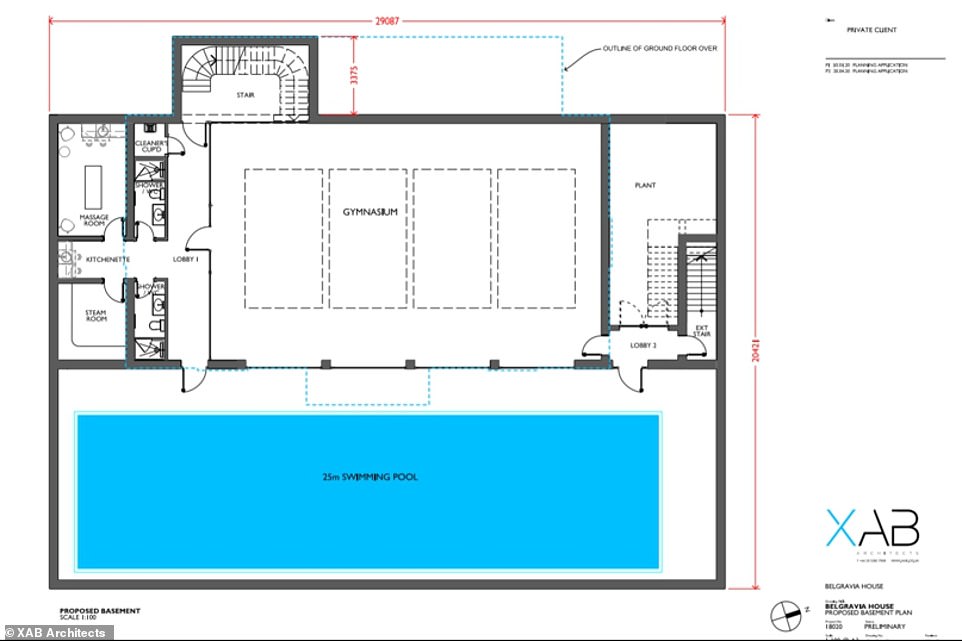 Beneath the mansion plans reveal that there will be a swimming pool, gym and massage room for the occupant

‘This huge extension of floor space is wholly below ground, except for a section of the access ramp to the car museum,’ he said.

‘One point which occurs to me is the potential nuisance and noise to neighbours of the excavation of the thousands of cubic metres of soil from the huge basement area.

‘This will need to be hauled out by lorry on quite narrow roads with potential soil and debris on roads.

‘But this is well integrated with the formal landscaping in front of the house. It will have no additional impacts on the surrounding area.’

An ecologist and arborealist, expert on trees, have also been consulted about what impact the plans will have on fauna and flora. They suggested any mature trees should be kept, particularly an oak that they considered to be a prime home for bats.

They also advised against the felling of trees during the bird nesting season. 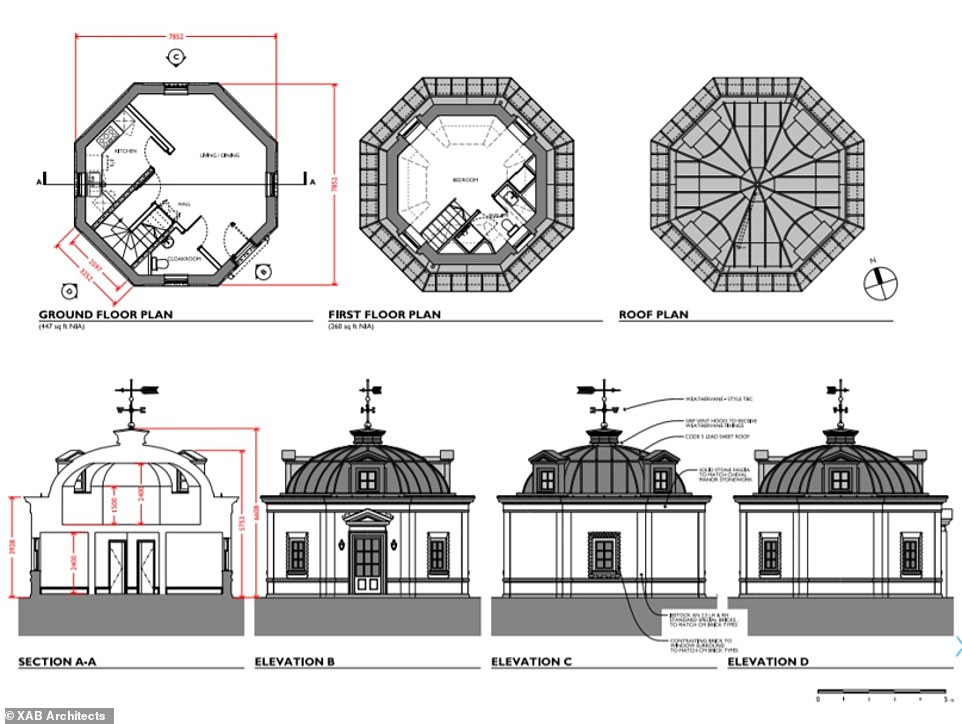 A quaint cottage, possibly for guests, will also be built in the grounds near the gate. It is pictured above 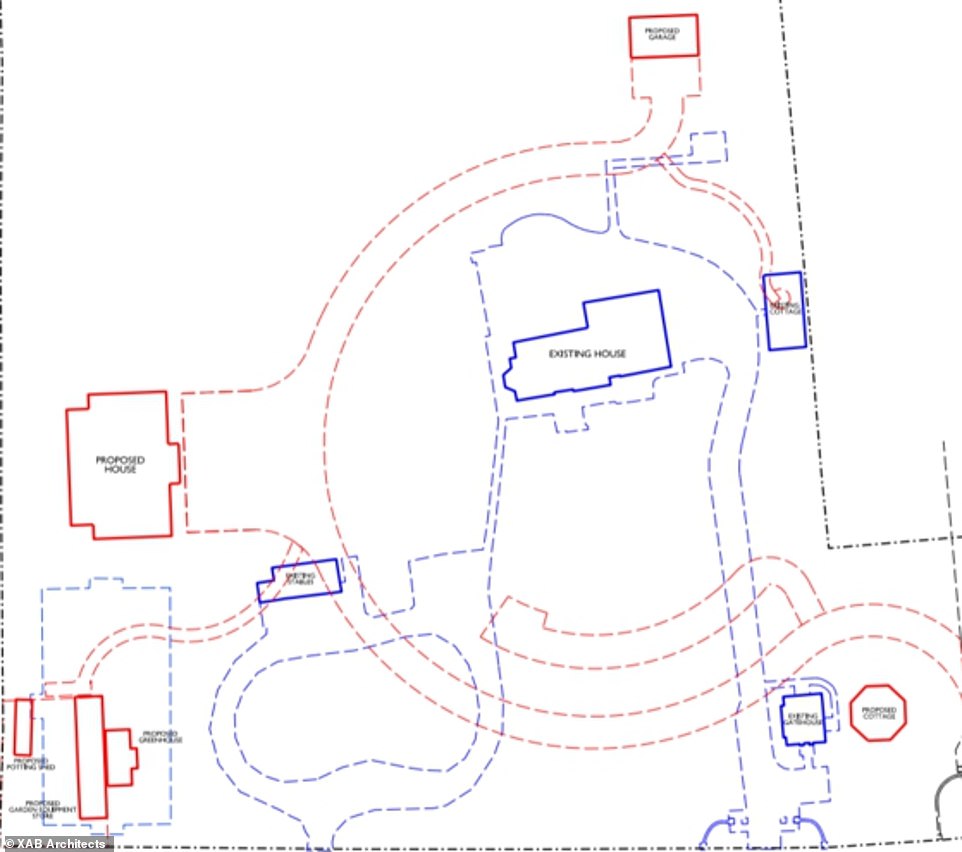 This map shows the initial layout of the estate, in blue, and the proposed changes to the site, in red. Work has already begun

Christian and his brother Nick began their property empire with a single flat in Earl’s Court, London, before renovating more flats in their spare time between 1995 and 1999.

Their first property sold with a profit of £50,000, and they quickly made bigger returns on others. In 1999, they were so successful they were able to give up their day jobs and set up the business Candy & Candy.

Their most famous luxury development is One Hyde Park apartment complex in Knightsbridge, central London.

They also own an extensive collection of luxury superyachts, private jets, and a powerboat called Catch Me If You Candy.