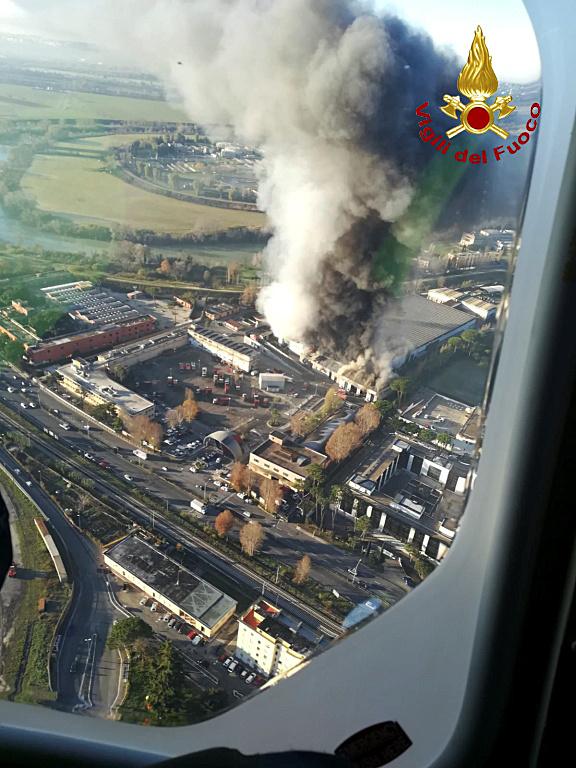 ROME (Reuters) – A large fire broke out on Tuesday in a municipal rubbish dump on the northern outskirts of Rome, sending a pall of acrid black smoke into the sky above the Italian capital.

City authorities said anyone who could smell the fire should close their windows and avoid any outdoor activity in the area.

There was no indication of what caused the fire at the Tmb Salario site, which deals with around a fifth of all Rome’s garbage.

Twelve firecrews were at the dump trying to put out the blaze, which started before dawn.

fire, Italy, pollution, Rome, Us, W
You may also like: