Rescuers were forced to cut Ivan Krasouski, 36, free after he lost control of his paraglider close to Olshany, Belarus. 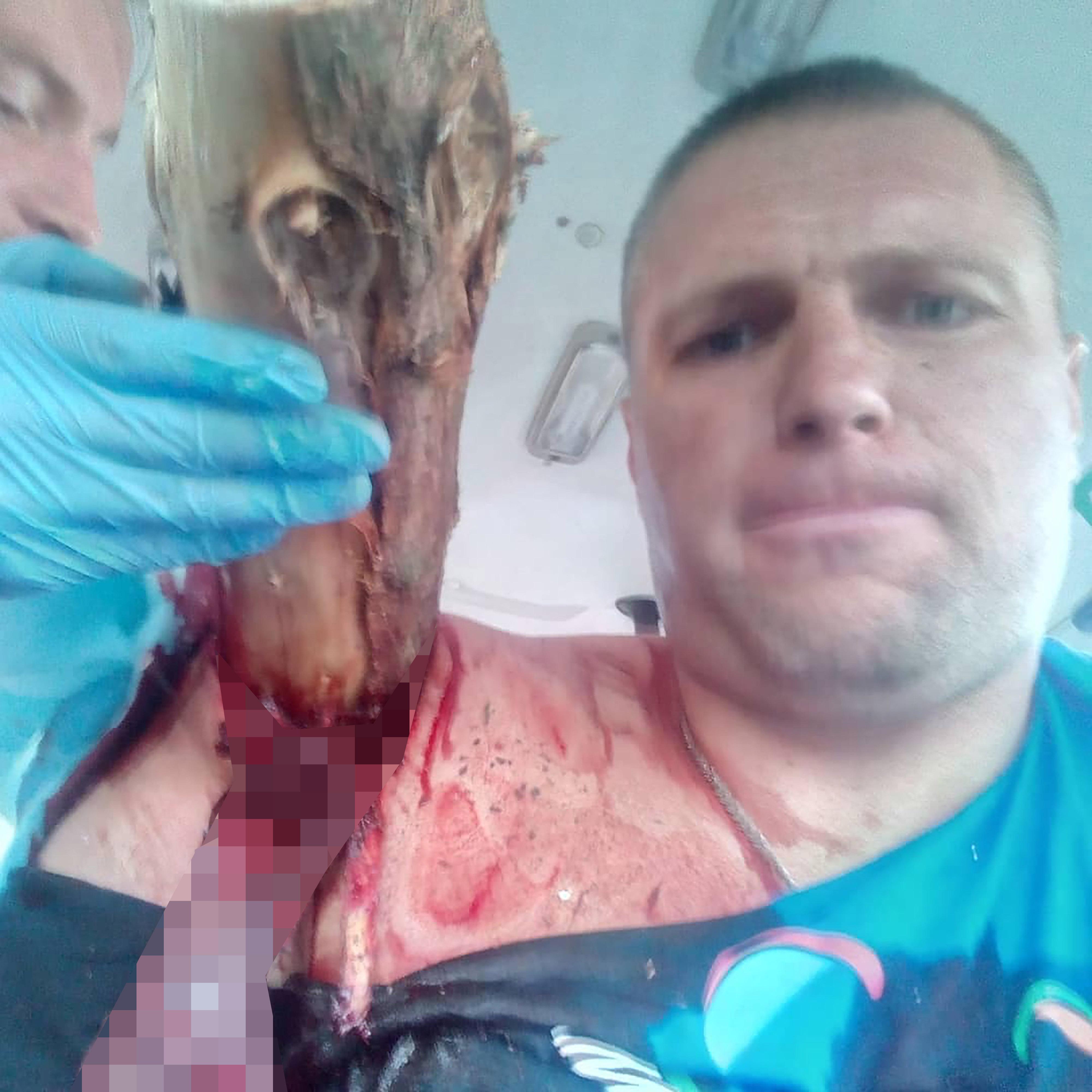 But after he was taken to a nearby hospital, Krasouski posed for pictures with the giant log still in his shoulder,while awaiting surgery.

Posting the pictures on social media, he wrote: "Everyone already knows anyway. Doctors spread the pictures, so there's nothing to hide, look!"

Making more light of his situation, he told a local TV station it was "like in ancient times people were put on a stake… I was impaled".

Krasouski added: "I kept thinking 'I fell softly, all is okay. I'll stand up and go'. But hen something holds me back. 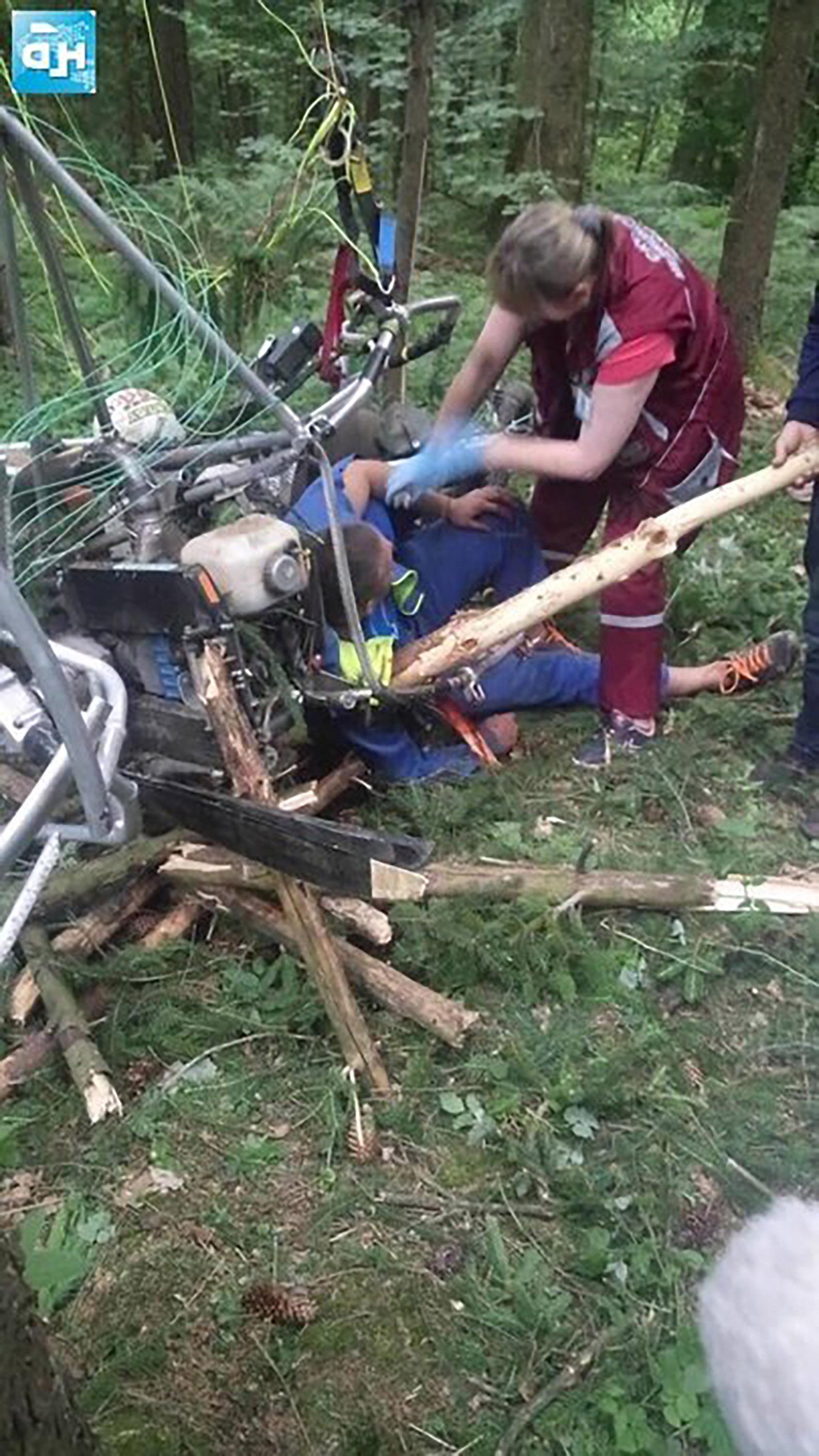 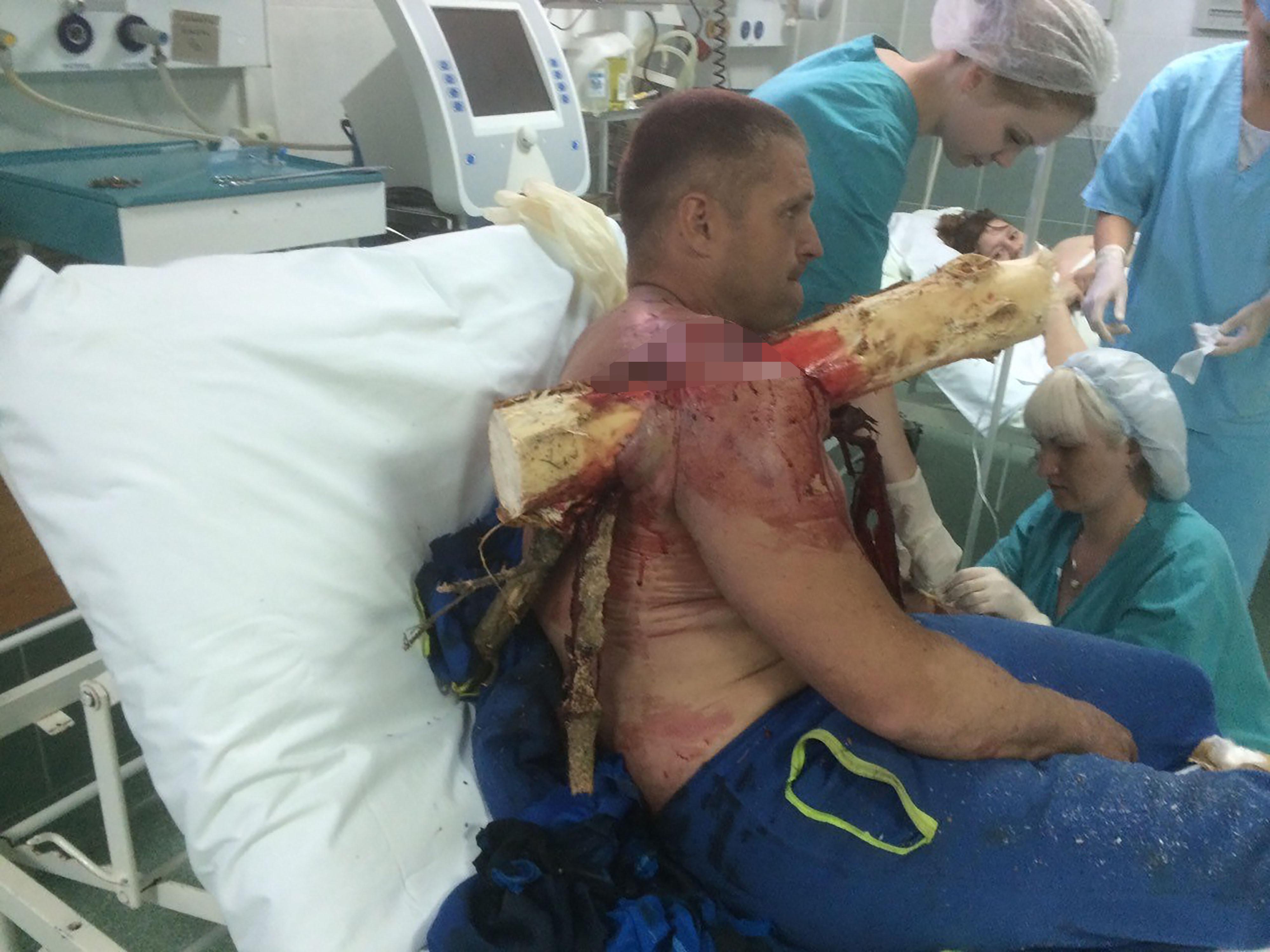 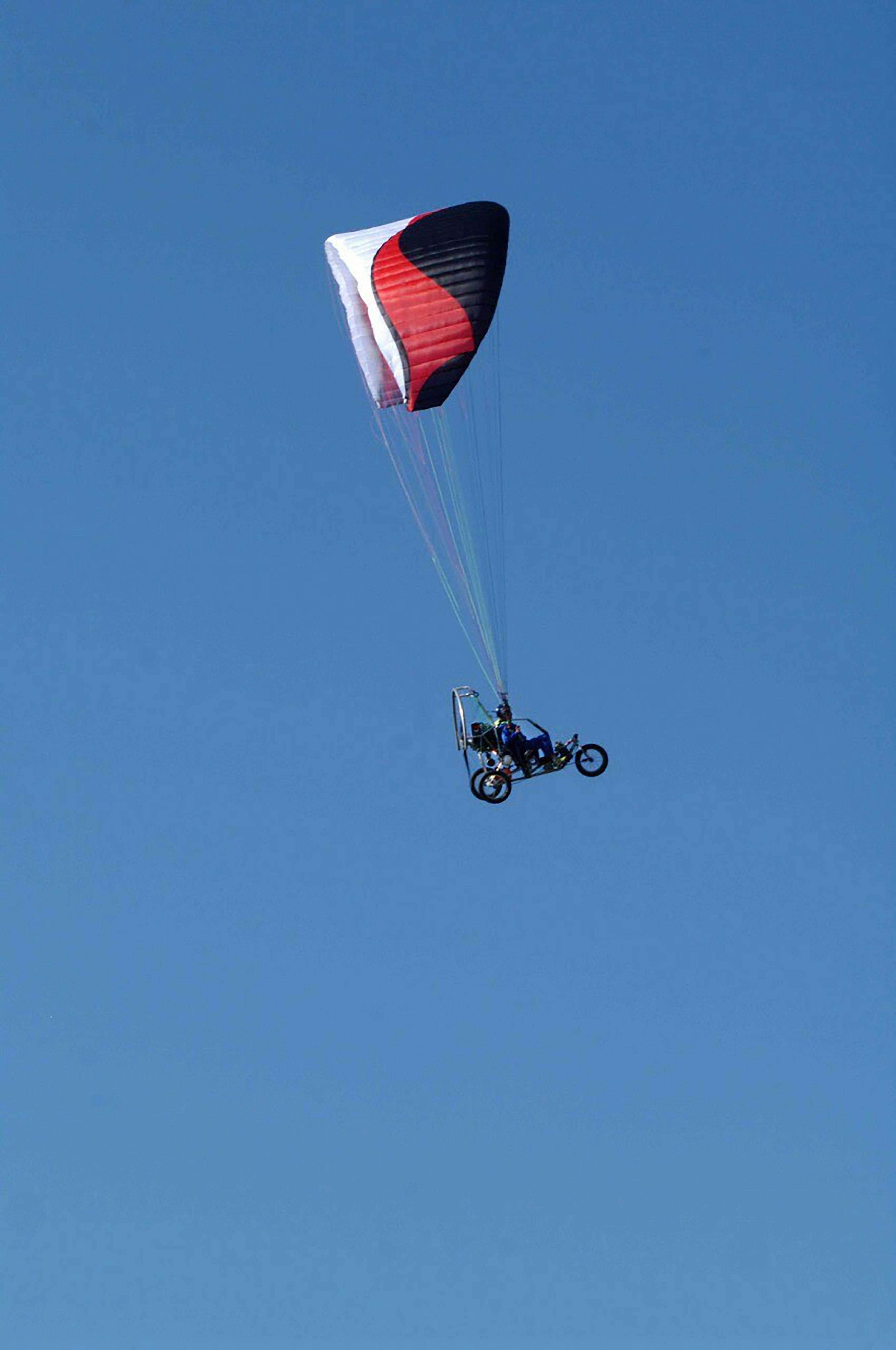 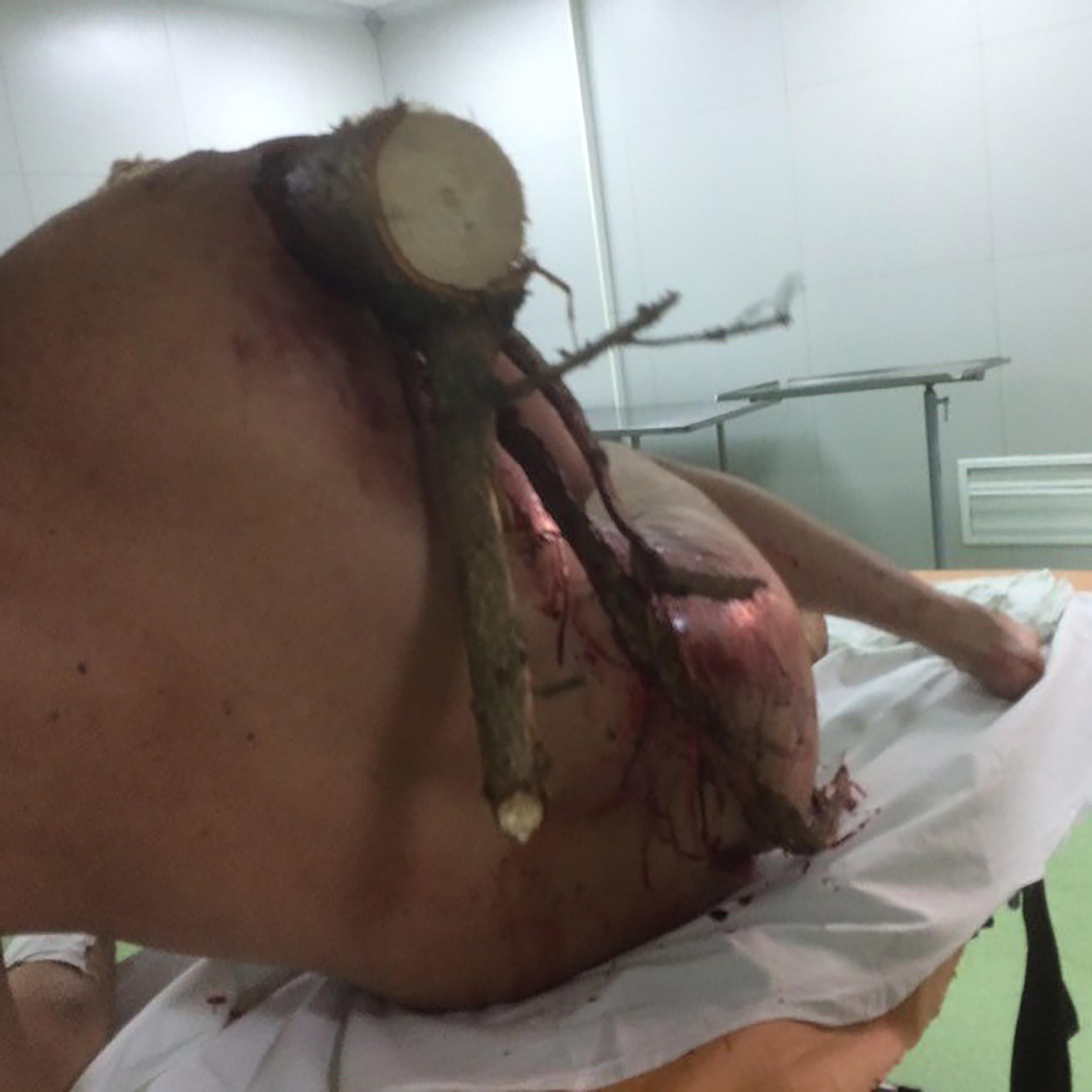 "I looked and it was a giant log there. I tore my shirt and there was a branch in my arm, thick as a watermelon."

Krasouski's classmate arrived with a team of rescuers, and were shocked that he was okay with his horrific injury.

He asked the crew to remove what he described as a "splinter". But they replied, "if we take it away, you'll bleed to death".

The 36-year-old joked he was like the US superhero Groot.

Groot appears in US comic books published by Marvel Comics and Guardian of the Galaxy movies.