Nigel Farage suffered a setback as he prepared to kick off the Brexit Party election campaign today as it emerged 20 candidates have already quit.

The outspoken eurosceptic’s opposition to Boris Johnson’s Brexit deal is one of the factors that has been them refuse to stand despite being picked in the last few months.

It came as on of the Brexit Party’s financial backers, Jeffrey Hobby, abandoned it to support the Tories at the election, warning that Mr Farage risked hindering the Brexit cause.

Mr Farage begins a nationwide tour of the UK this morning, with Bolsover in Derbyshire the first stop on a journey that will take in several Labour heartland Leave-supporting seats.

He unveiled 600 candidates yesterday but has already seen them leech away.

‘There is a lot of grief out there. It has been going on all summer,’ a party source told the Daily Telegraph. 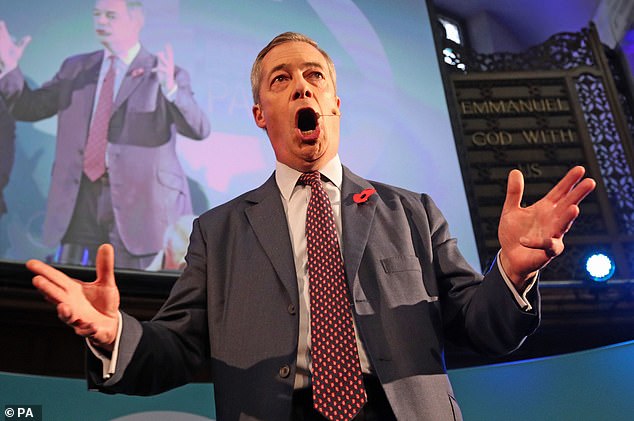 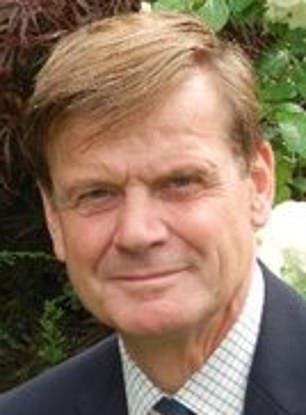 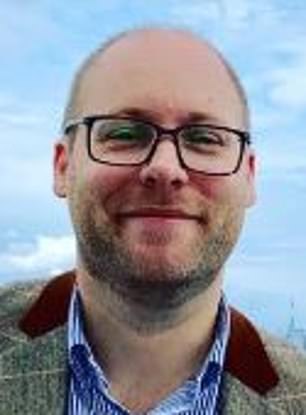 Stephen Peddie (left), who was due to stand in Tonbridge and Malling in Kent, and Paul Brothwood (right), have withdrawn

Those standing down include Paul Brothwood, his candidate for Dudley South in the West Midlands. He stepped down yesterday and endorsed local Tory MP Mike Wood.

Mr Brothwood said he was ‘confident that Boris Johnson is the best person to stand up for Britain’.

Stephen Peddie, who was due to stand in Tonbridge and Malling in Kent, also announced he was withdrawing, accusing Mr Farage of pursuing a ‘fantastical and dangerous strategy’ and warning that the Brexit Party was ‘evolving from a national asset to a national threat’.

He added: ‘We have a Brexit only because of Farage – that doesn’t make it his to destroy along with our country.

‘I’ve quit in exasperation. I suspect I’m far from alone.’

Dan Day-Robinson, who was standing in Devizes, Wiltshire, said he was quitting because his partner was pregnant.

A fourth candidate, Jill Hughes, is reported to have been dropped as candidate for Batley and Spen in Yorkshire by the party over bizarre historical social media posts in which she claimed to have come from the star Sirius.

Property developer Mr Hobby, who donated £10,000 to Mr Farage’s party ahead of the European Parliament elections in May, said he believed Mr Johnson was doing a ‘fantastic job’.

He added: ‘It is a shame if Nigel Farage wants to take him on across the country, I don’t think that is helpful for the Brexit Party, the Tory Party or the cause.

‘For the Brexit Party to field candidates across all seats seems a waste of resources and not the wisest move.’

Mr Farage wants Mr Johnson to abandon his Brexit deal, but Mr Hobby said that while it was not ‘ideal’, backing it was ‘probably the most pragmatic position’, adding: ‘There is a real need to move forward, get behind the deal and accept that you can pick holes in any deal but it probably does the job it needs to.’

He said he had abandoned any idea of an electoral pact with Mr Johnson, adding: ‘What is the point? Jacob said we should stand aside and just allow him to betray us nice and slowly. It is ludicrous. Their attitude to the Brexit Party is arrogant and conceited.’

Mr Rees-Mogg was among senior Tories who criticised Mr Farage’s plan to run more than 600 candidates. The Commons Leader insisted Mr Johnson’s deal represented a ‘complete Brexit’, and called on Mr Farage to recognise the campaign to leave the EU had been a success.

Speaking of Mr Farage, he told LBC: ‘It would be a great shame if he carries on fighting after he has already won to snatch defeat from the jaws of victory.’

'Selfish' couple who tried to avoid quarantine hotel on return from Dubai fined £20,000 and taken to hotel anyway