STICKERS on cop cars in Oregon are being stripped of stickers depicting a blue horizon because it's feared they resemble "decisive" Blue Lives Matter symbols.

Bend Police Department is now removing the "thin blue line" graphic from the side of its patrol vehicles after Black Lives Matter (BLM) supporters became offended by them. 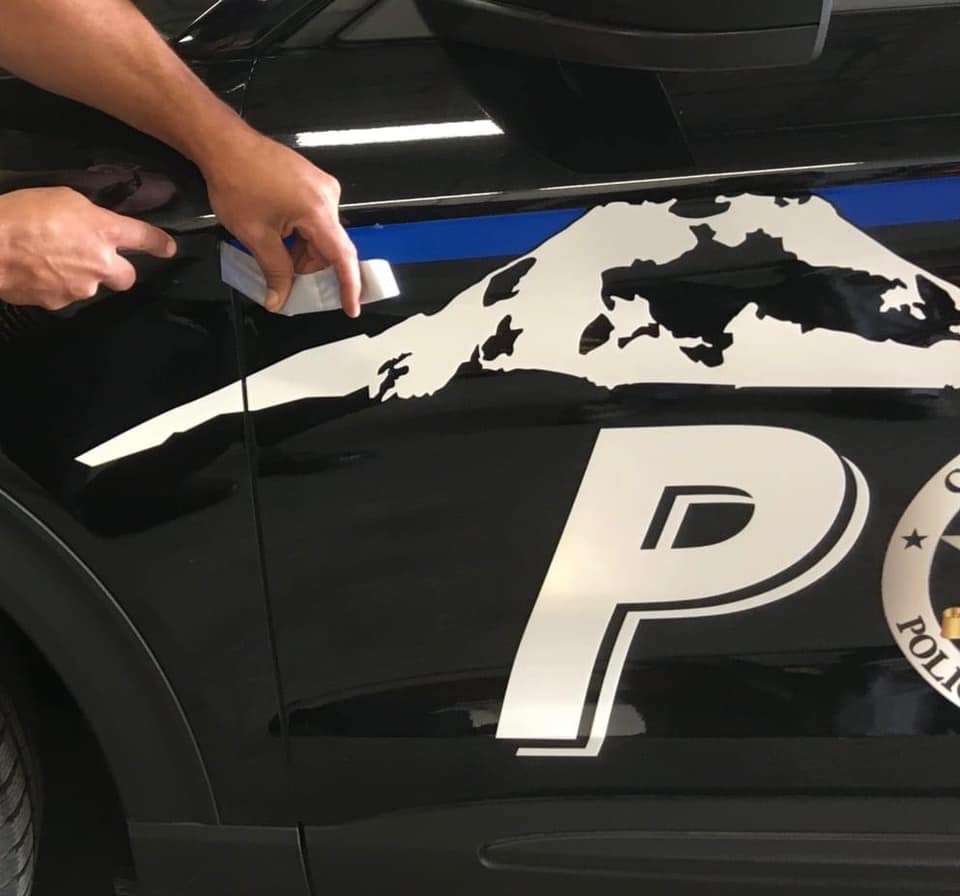 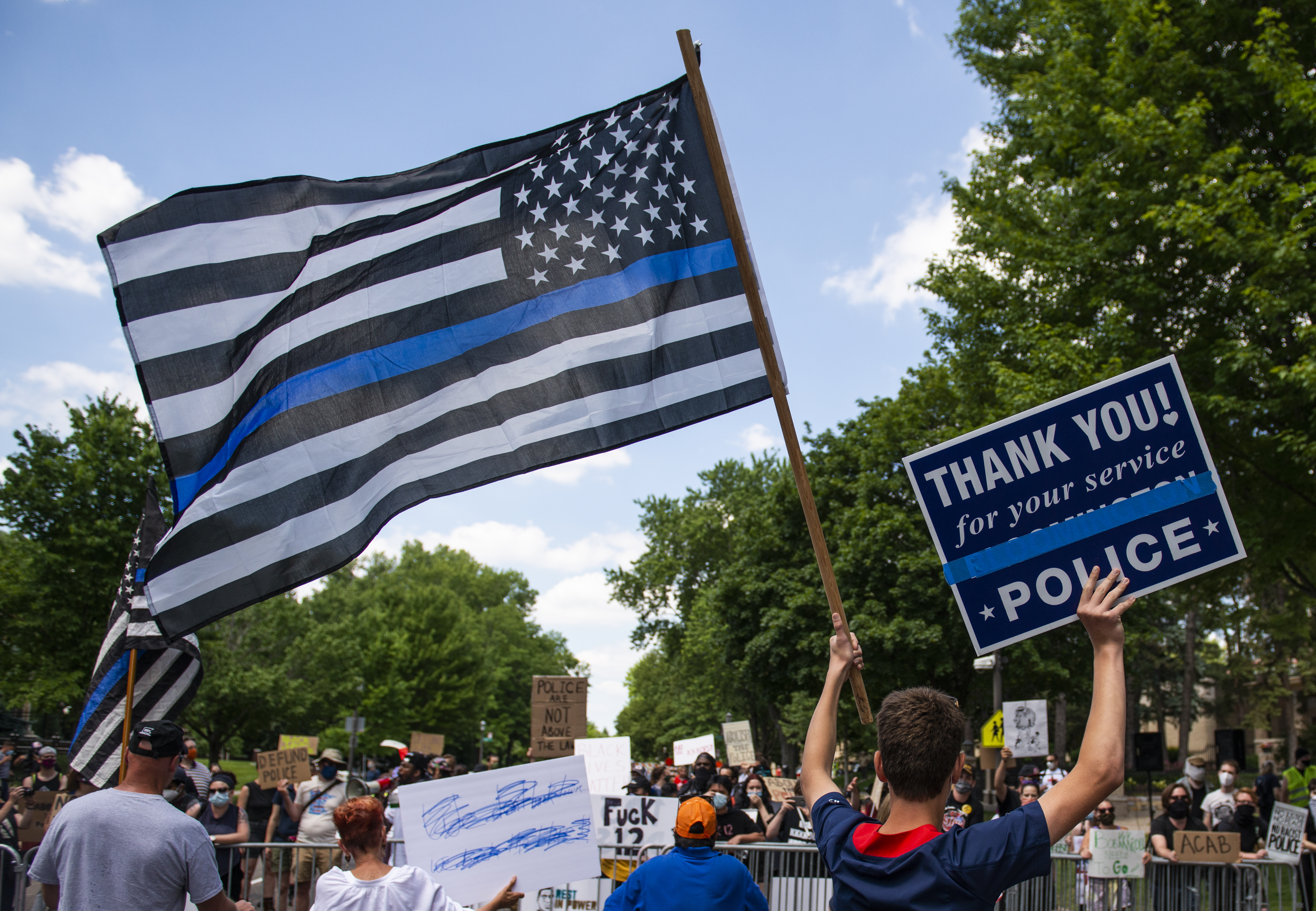 Local BLM activists have become angry that the graphics on the side of patrol cars looked like the Thin Blue Line flag.

This is the symbol of the Blue Lives Matter group which was organized as a countermovement to them.

Bend Police Chief Mike Krantz told NewsChannel 21 even though the blue line on the graphic was originally intended to be a blue horizon behind a mountain, it was being removed.

He said: "Some community members view it as an important piece of our cars, others view it as a barrier between the police and the community, so it’s my role to evaluate that and look at how we can best serve the entire community.

"My job is to bring the community together with law enforcement, and anything that can be used as a division or divisive tool is to eliminate it, if we can."

'NO LONGER STANDS FOR WHAT IT USED TO'

Resident Mikki Slaska told the channel: "Removing themselves from that symbol, to me, shows they’re not wanting to make it an 'us and them.”

"Even if the symbol has been around longer than these protests have gone on, I think it’s been picked up by people for a different reason, and that seems like why they would take it away.

"Because it no longer stands for what it used to."

BLM protesters have slammed Blue Lives Matter and its flag for equating a removable uniform to the persecution experienced by people born a certain race.

The flag has also been considered racist after it has been seen depicted next to confederate flags, including at the white supremacist rally Unite the Right in Charlottesville, Virginia, in 2017.

But the term thin blue line refers to the concept of the police as the line which keeps society from descending into anarchy and violence. 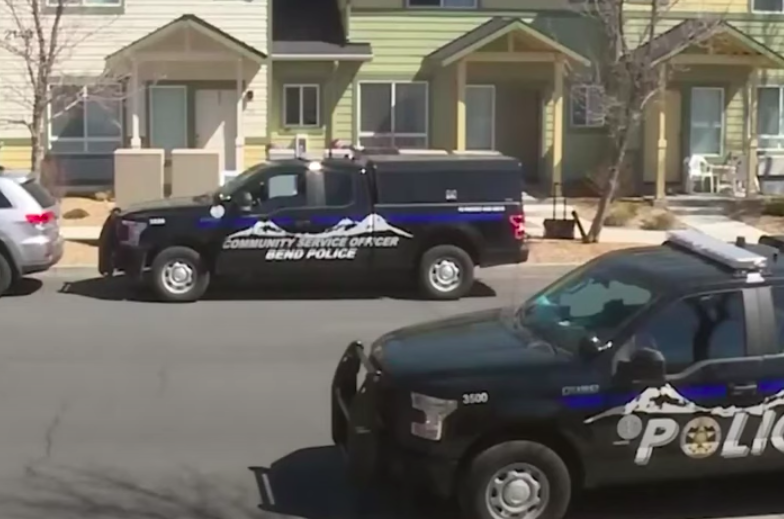 Announcing its decision to scrap its thin blue line, Bend Police Department said: "The divisive use of the thin blue line symbol to fit a narrative unassociated with our department or what we stand for, has unintentionally created an ongoing divide between some members of our community and the police officers who serve them.

"In the spirit of mending the divide, being inclusive with the community we serve, and to continue to build trust within our entire community, our current and future vehicle graphics package will no longer contain a blue line."

Earlier this month it emerged that Madeira City Council in Ohio were pushing for the removal of Thin Blue Line flags from official police cars after citizens wrote in to call them “divisive.” 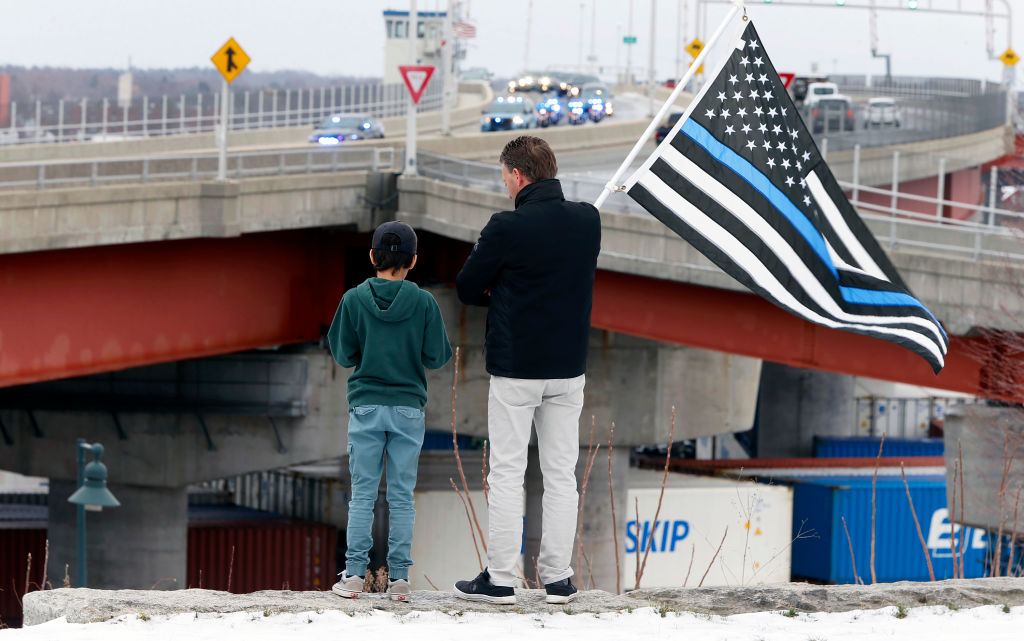 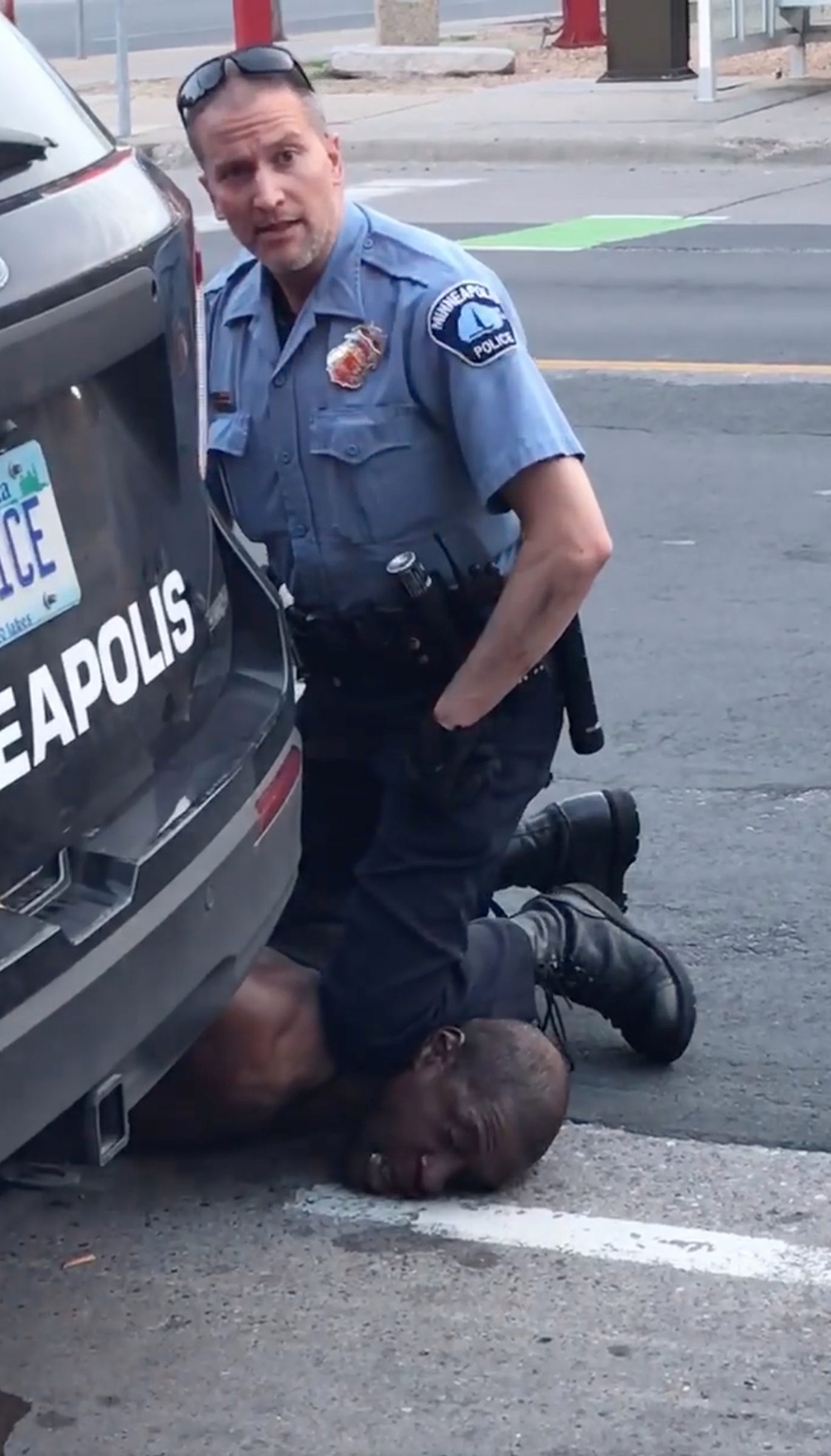