A RECKLESS driver faces 107 penalty points after setting off 32 speed cameras when he tore along a motorway in heavy fog.

His white 7 Series BMW was caught doing an average of 83mph. 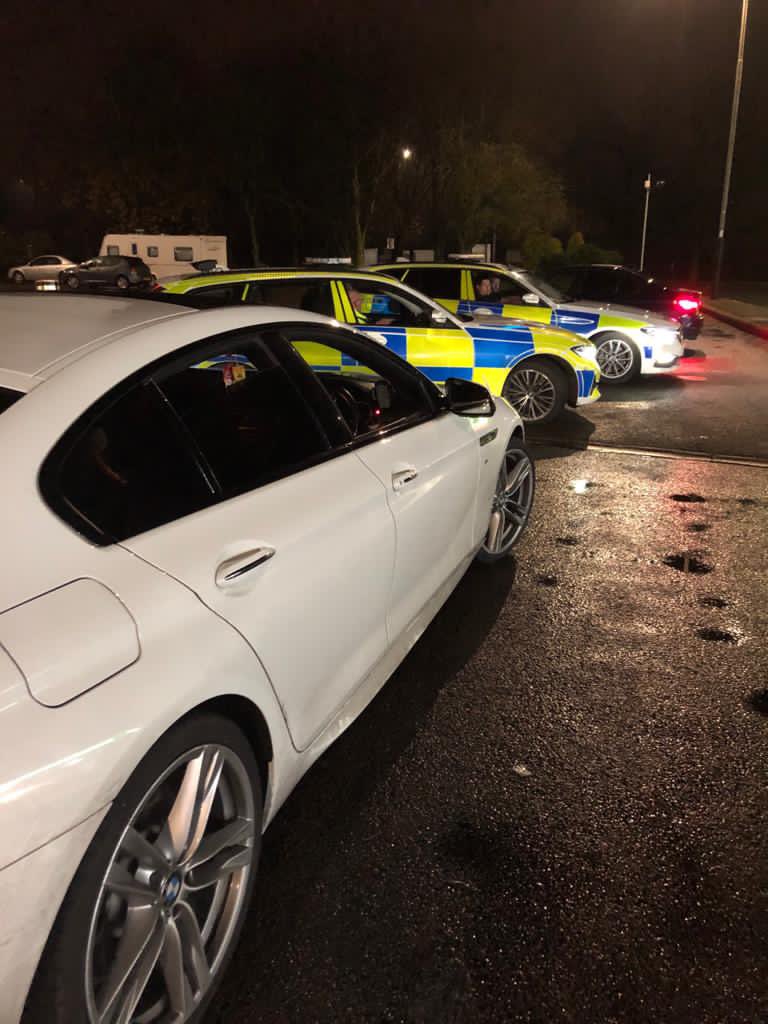 He sped through roadworks — which had a 60mph limit — and was snapped by a succession of cameras on the M6.

The motorist was eventually stopped between junctions 14 and 15, near Stoke-on-Trent, Staffordshire, on Monday.

The 32 speeding offences could land him 96 points on his licence. He faces up to 11 more for other motoring raps.

The car was found to have two bald tyres — which carries a three-point penalty.

And the driver was uninsured — which usually results in six to eight points.

"Whilst following it we recorded its average speed of 83mph in the roadworks 60s in thick fog. Driver detained.”

Twitter user Jason Crisp responded: “Do you ever test a driver for IQ?”

Kate Garlick tweeted: “Police should be able to seize car and auction it with proceeds going to road crime victims.”

Eddie Downard added: “By the time he gets his licence back the only place he’ll be able to drive is an internal combustion engine theme park.