Body of BOY, 14, found after entering river at beauty spot in 26C heatwave after major search op – The Sun

POLICE have found the body of teen who went missing this afternoon after reportedly jumping into the river but not resurface.

The boy, thought to be 14, was found after police and firefighters are searched the River Irwell, Clifton Country Park, in Salford, Greater Manchester.. 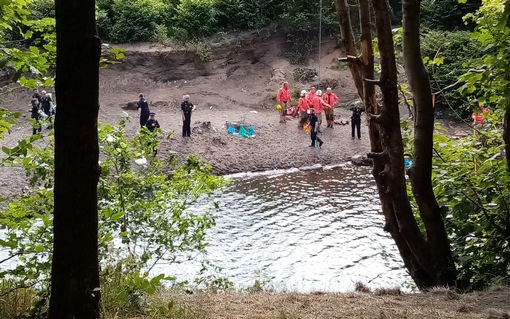 It comes as youngsters flocked to the park amid 26C late spring weather.

A helicopter had been spotted above the park, which is next to Clifton Marina and the River Irwell.

Greater Manchester Police have confirmed they are searching the River Irwell for a missing teenager.

It comes after Salford City Council issued a stark warning after shocking footage showing a person jumping from a bridge into the River Irwell was circulated on social media.

The video was taken at Clifton Country Park on Thursday afternoon.

Salford City Council condemned the behaviour as 'incredibly dangerous' and confirmed that the park has been visited today in a bid to prevent it happening again.