Boeing CEO Dennis Muilenburg says he is still the right man for the job despite difficulties tied to the 737 Max planes that have plagued the company.

When asked if he was still the right person to lead the Seattle-based airplane manufacturer, Muilenburg told CNBC on Monday: ‘Yes, I think I am and certainly I’m committed to our objectives as a company around safety and integrity and quality.’

The CEO’s comments came a day after that the company suffered yet another setback. 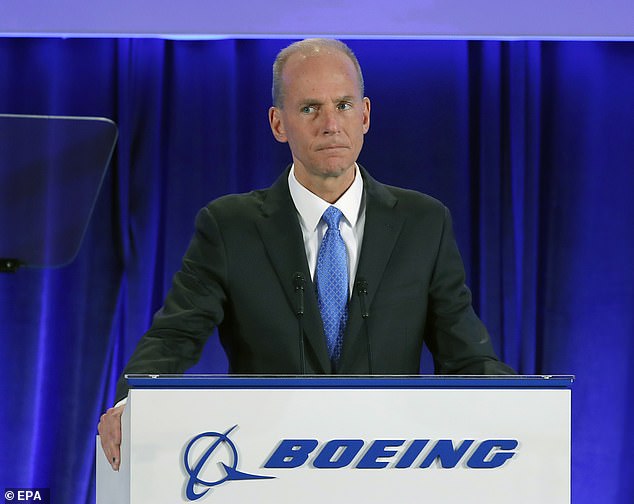 Dennis Muilenburg, Boeing’s CEO, says he is the right man to lead the company despite a crisis that has seen its stock price drop by nearly a quarter in the last three months

In a statement released on Sunday, the governing body claimed that more than 300 of that troubled plane and the prior generation 737, known as the NG, may contain improperly manufactured wing parts.

The wing parts are known as ‘leading-edge slat tracks’ and were manufactured by a Boeing supplier. The FAA says they require any affected parts to be quickly replaced.

They say that up to 179 of the Max jets and 133 of the NG jets could be affected worldwide.

The 737 Max, which is Boeing’s best-selling jet, was grounded globally in March following a fatal Ethiopian Airlines crash.

It followed a a similar Lion Air disaster in Indonesia in October. The two crashes together killed 346 people.

The turmoil has resulted in Boeing’s stock price dropping by almost a quarter in the last three months.

‘This is something we discovered as a supplier quality issue,’ Muilenburg said of the wing parts problem.

‘As soon as we discovered that, we brought it to the surface [and] we’ve been coordinating with the FAA over the weekend.’

Muilenburg said on Monday that Boeing is conducting simulated flights of the 737 Max with the FAA this week.

He said the company hopes to get the aircraft back in operation ‘very soon.’

Out of six British airlines contacted by MailOnline, only Jet2 said it had one aircraft affected by the wing problem. Ryanair and TUI are yet to respond. 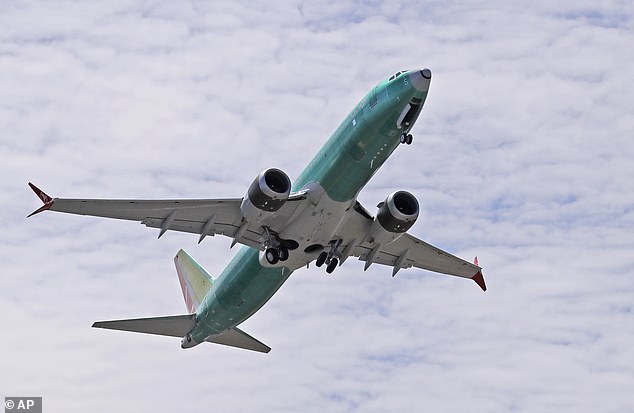 Boeing is facing a potential new headache, with the The U.S. Federal Aviation Administration claiming more than 300 of their 737 jets may have faulty wing parts

Slats are movable panels that extend along the wing’s front during takeoffs and landings to provide additional lift. The tracks guide the slats and are built into the wing.

Boeing has yet to submit a software upgrade to the FAA as it works to get approval to end the grounding of the 737 Max.

In a statement issued after the FAA announcement, Boeing said it has not been informed of any in-service issues related to this batch of slat tracks.

Boeing, the world’s largest plane maker, said it has identified 20 737 Max airplanes most likely to have the faulty parts and that airlines will check an additional 159 Maxes for these parts. 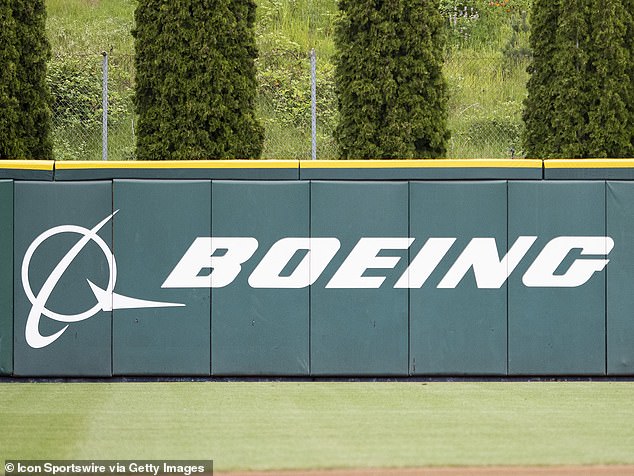 Boeing revealed that the two fatal crashes had cost them at least $1 billion as it abandoned its 2019 financial outlook, halted share buybacks and lowered production

They further identified 21 737 NGs most likely to have the suspect parts and is advising airlines to check an additional 112 NGs.

The affected parts ‘may be susceptible to premature failure or cracks resulting from the improper manufacturing process,’ the FAA said.

The FAA said a complete failure of a leading edge slat track would not result in the loss of the aircraft, but a failed part could cause aircraft damage in flight.

Back in April, Boeing revealed that the two fatal crashes had cost them at least $1 billion as it abandoned its 2019 financial outlook, halted share buybacks and lowered production. 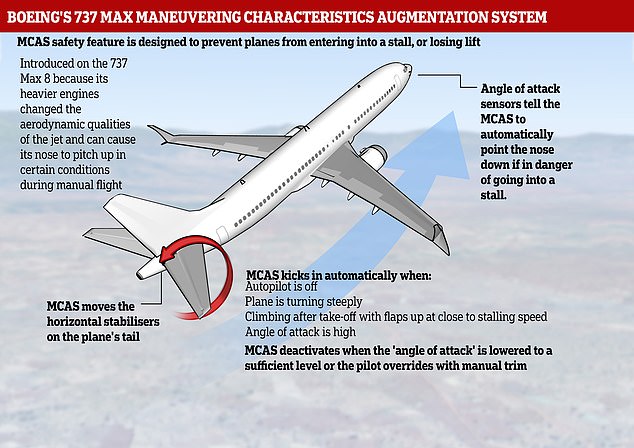 Boeing’s 737 Max maneuvering characteristics augmentation system. It was introduced on the 737 Max 8 because its heavier engines changed the aerodynamic qualities of the jet and can cause its nose to pitch up in certain conditions during manual flight

The company’s shares have fallen by nearly 20 percent since the Ethiopian Airlines crash in March.

Some international carriers are skeptical the plane will resume flying by August as some U.S. airlines have suggested.

Tim Clark, president of Emirates, told reporters in Seoul that it could take six months to restore operations as other regulators re-examine the U.S. delegation practices. ‘If it is in the air by Christmas (Dec. 25) I’ll be surprised – my own view,’ he said.

Boeing said one batch of slat tracks with specific lot numbers produced by a supplier was found to have a ‘potential nonconformance’ and said airlines ‘are to replace them with new ones before returning the airplane to service.’

The company said it is ‘now staging replacement parts at customer bases to help minimize aircraft downtime while the work is completed.’

They say once new parts are in hand, replacement work should take only take one to two days.

Boeing, CEO, He's, right, says, the
You may also like: