Bomb disposal experts exploded 11 wartime explosive devices found by a metal detectorist after one sweep of a beach.

He called the police who attended with an army disposal team which safely disposed of the munitions in controlled explosions. 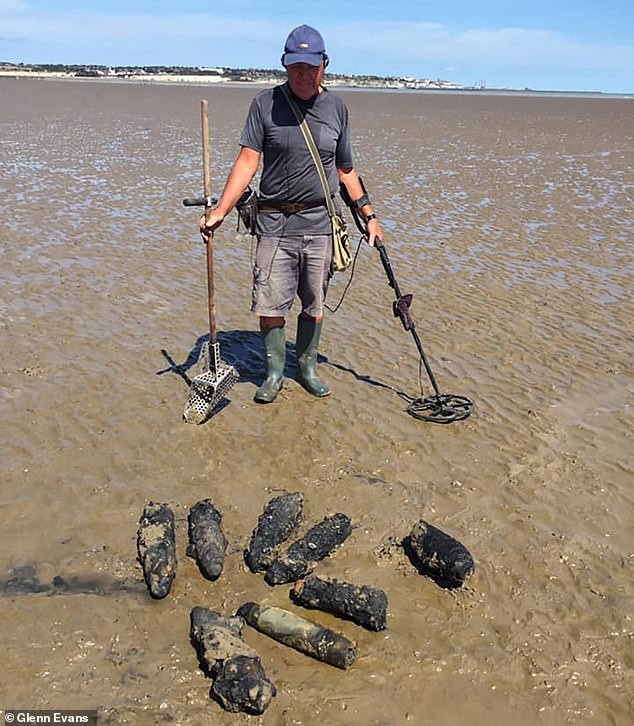 Residents in the area reported hearing loud thuds as the bombs were detonated at around 4pm and 5.30pm.

KentLive reported people as far as nine miles away in Ramsgate felt the vibrations.

Mr Evans, from the Sandwich and Thanet Ordnance Group, said the haul was made up of smoke shells, rounds from an Armstrong gun and other high explosives.

A Kent Police spokeswoman said the Coastguard made officers aware that suspected wartime munitions had been found on the beach. 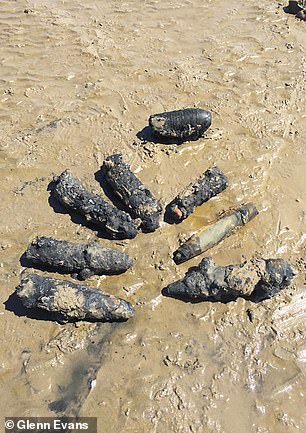 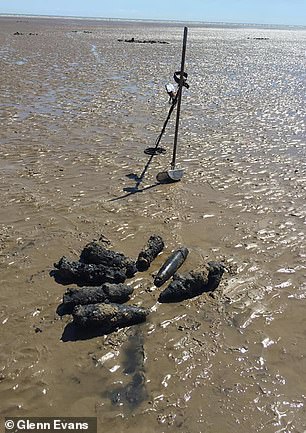 ‘Officers attended to assist explosive ordnance disposal experts from the Ministry of Defence, who safely disposed of the items.’

Controlled explosions are commonplace and happen across the country, most recently at Guildford railway station where two detonations were carried out when a suspicious package was found.

Mr Evans’s discovery is not the first time suspected unexploded munitions have been found on the beach in Sandwich.

In March a large black object, shaped like a bomb, washed up on the beach but police were unable to locate it as the tide had moved it along.

The Ministry of Defence has been approached for comment.