Fashion retailer Boohoo has been slammed after a homeless man with ‘three stab wounds in his stomach’ was allegedly told to move off steps next to their head office.

In footage shared on Facebook a security guard can be seen looking at his phone after he reportedly told rough sleeper Tom to move on and that he couldn’t even sit on the pavement as ‘Boohoo own that too.’

Deborah Henley, 53, recorded the clip on Tuesday November 6 after she kindly bought Tom a hot drink and some food. 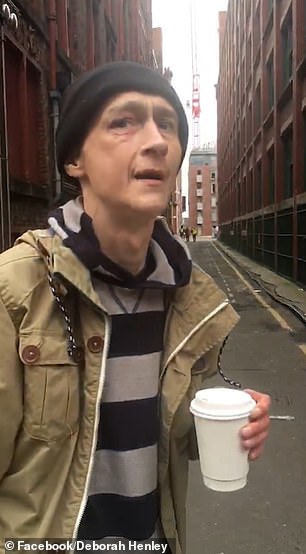 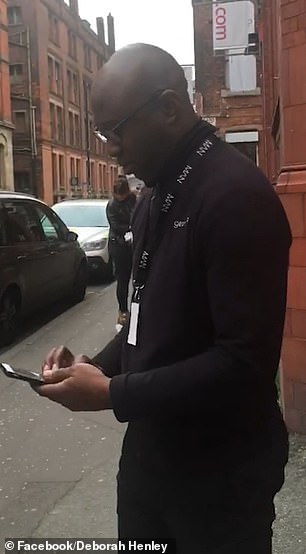 A homeless man called Tom (left) was allegedly told to move on from outside Boohoo’s office by a security guard (right) on Tuesday. Deborah Henley claims the security man told them Boohoo owned the pavement too so they couldn’t sit there either

The mother from Eccles, Greater Manchester said: ‘I’m so upset and appalled at what I witnessed this afternoon.

‘I spotted this young man sat on a step clearly struggling. I went up and spoke to him and gave him a cuddle.

‘His name is Tom. Tom is homeless. A week ago he had been stabbed and then let out of hospital only to be beaten up again and his jaw broke whilst sleeping rough.’

Mrs Henley said that whilst she was sat listening to Tom’s story a security guard told them to move.

The pair moved from the steps onto the pavement but Deborah claims they weren’t allowed to stop their either.

She said the security man was ‘bullying us just to get this man moved. It was an upsetting situation as it was but the security guard just wasn’t having any of it.’

When she asked why they had to leave the steps, Mrs Henley claimed the man told her Tom’s ‘plastic bags were the problem.’ 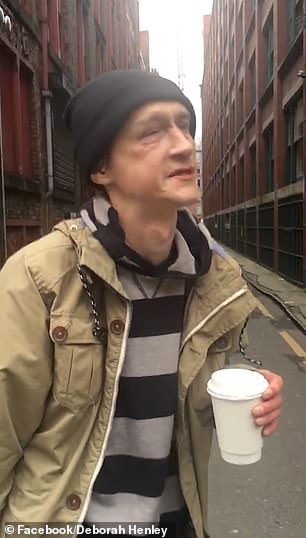 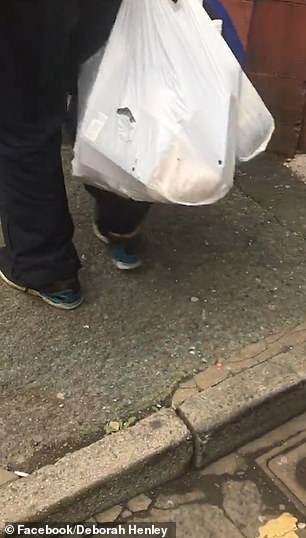 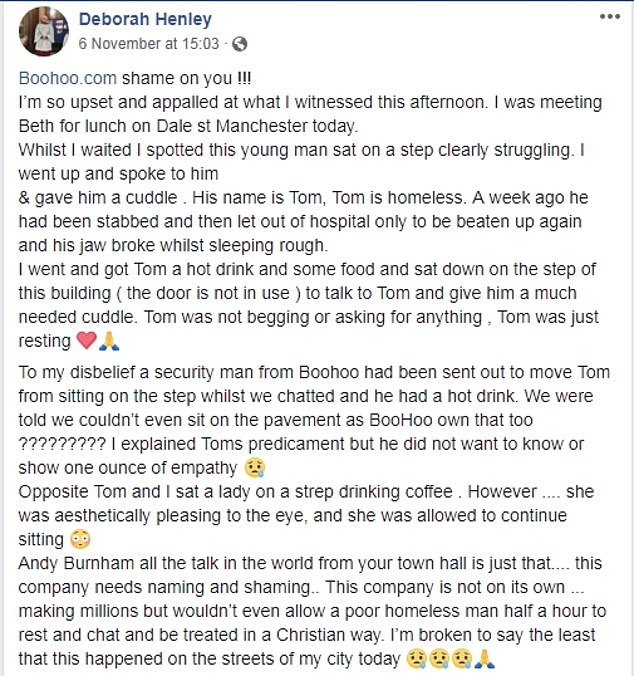 Mrs Henley posted about the incident on her Facebook account and the video has now had more than 38,000 views

Mrs Henley also claimed in her Facebook post that: ‘We were told we couldn’t even sit on the pavement as BooHoo own that too.’

In the video, recorded reportedly moments after Tom was told to leave the steps, Mrs Henley can be heard saying: ‘This is a homeless man with three stab wounds in his stomach. We’re Christians are we not? What have we become.’

Her video has now been viewed more than 38,000 times and hundreds of people have thanked her for standing up for Tom against Boohoo.

One person wrote: ‘This is heartbreaking but well done for standing up for Tom.’

Another said: ‘Disgusting. I won’t be shopping there again.’ 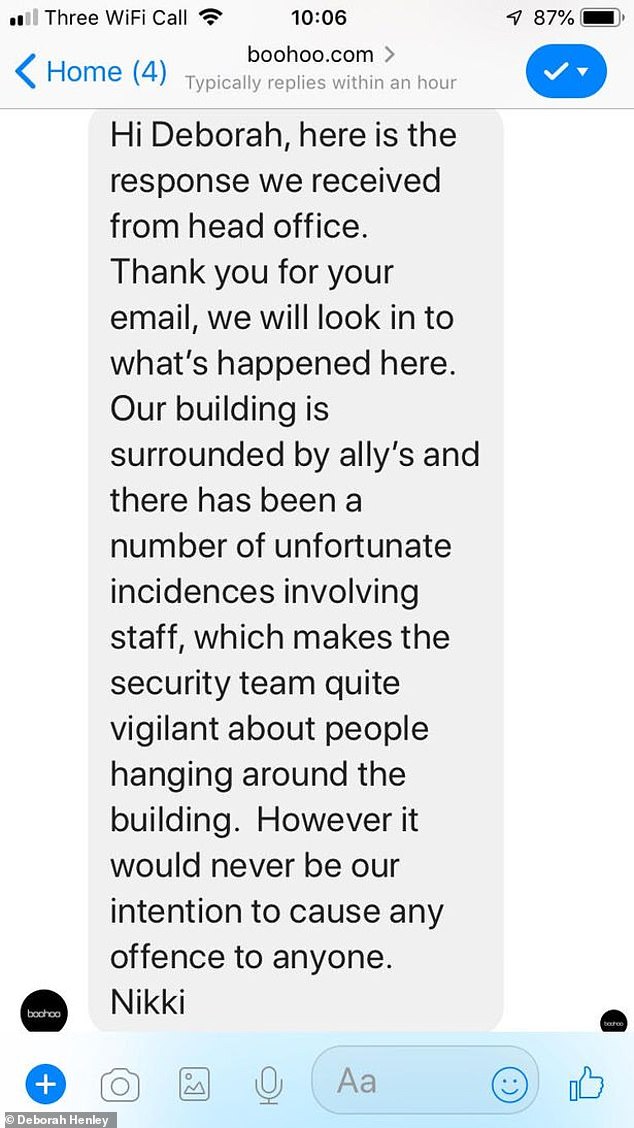 Boohoo, who also own brands PrettyLittleThing and Nasty Gal, said: ‘Boohoo take the issue of homelessness very seriously, working with the council over the last 12 months to support and taking part in charity initiatives which help the most vulnerable people in our community.

‘We are aware of the incident and we did politely ask the lady and gentlemen to move away from the steps of our building, as we would anyone to remain vigilant with respect to access to the building.

‘We do apologise if this has caused offence, as that was never our intention.’

anger, boohoo, F---, security, sparks
You may also like: