A 'BOOZED-UP' Brit who forced an easyJet plane to divert after a bust up with cabin crew over his facemask claims he was only trying to eat some Pringles.

Dom Torun, 31, said he was stunned when the flight to Gatwick performed an emergency landing in Greece, shortly after leaving Turkey, with cops marching on and putting him in handcuffs. 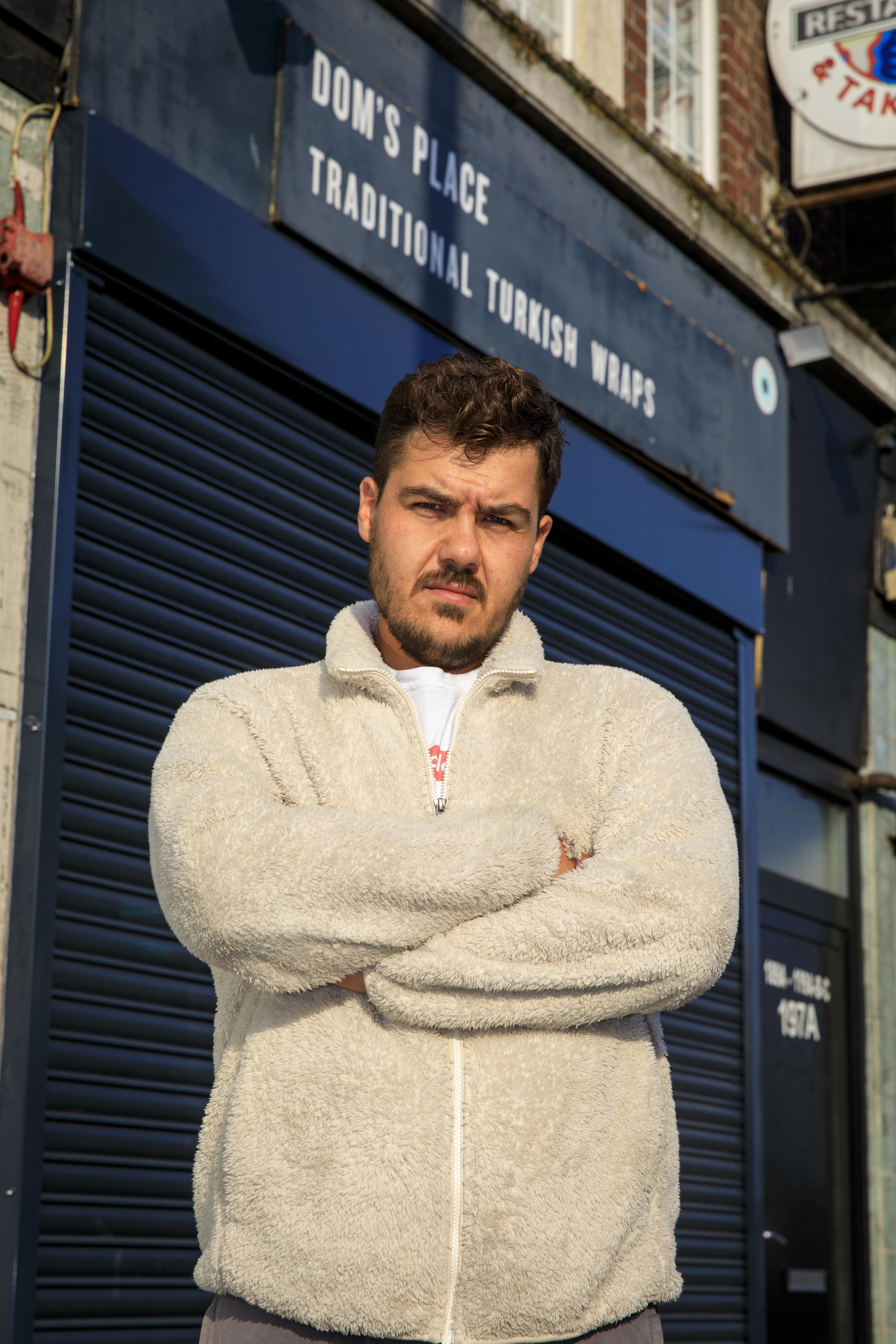 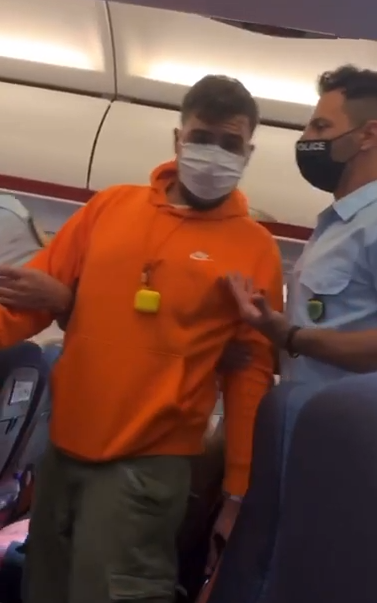 Mr Torun, from Clapton, East London, claims he was enjoying crisps, chocolate and a cup of tea during the flight when an air stewardess marched over and told him to put a facemask on.

But easyJet have alleged he was drunk and abusive – with his behaviour endangering passengers and crew.

Mr Torun admitted he enjoyed a couple of drinks but denied he was drunk.

He Mr Torun told SunOnline: “I said to her 'the pilot said we didn’t have to keep our masks on’ [when eating].

It was crazy, but I did say ‘I’m not coming off’ because I didn’t do anything.

“It wasn’t the second time or third time she had come over – it was straight away but she said ‘no, I’m not having this behaviour’ and went off.

“All she had to say was ‘after you’ve finished your food put your mask on’.”

He added: “Then the pilot said ‘we’re having some turbulence we’ll need to do an emergency landing’ but the flight was so smooth, there wasn’t any turbulence at all.

Under Covid-19 government rules, face coverings have been compulsory on public transport – including planes – since June 15 in England.

Wearing a mask on flights is easyJet's policy and is set by the European Union Aviation Safety Agency.

Video captured by a fellow passenger a few rows behind Mr Torun shows him arguing with cops as they come on board the plane moments after it landed on the Greek island of Kos.

In the footage, which was shared by Kos Airport on Instagram, other flyers clap as he is marched towards the exit.

Mr Torun said: “It was crazy, but I did say ‘I’m not coming off’ because I didn’t do anything.

“You can see in the video when I’m getting kicked off I’ve got my mask on.

I got kicked off the plane, put in an overnight cell and taken to court. I thought this is a big misunderstanding. It’s a joke.

“I’m an argumentative person, I’ll give my opinion, but I’m not aggressive.

“I got kicked off the plane, put in an overnight cell and taken to court.

“I thought this is a big misunderstanding. It’s a joke.”

Mr Torun had shelled out 400 euros for a last-minute flight from Antalya to Gatwick after his girlfriend fell ill.

But instead of landing back in London, he found himself banged up in grim conditions.

"I asked for a bottle of water and it came an hour later and it was so hot you couldn’t drink it.

“I was like ‘cool, happy days’. I asked to go to the toilet and they let me go an hour later.” 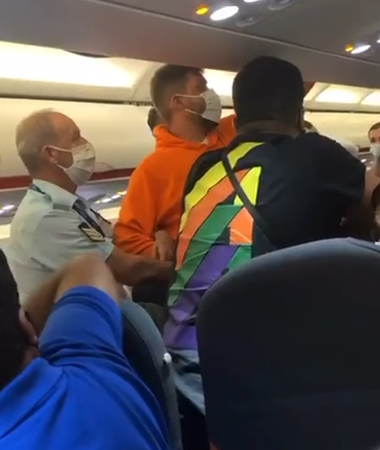 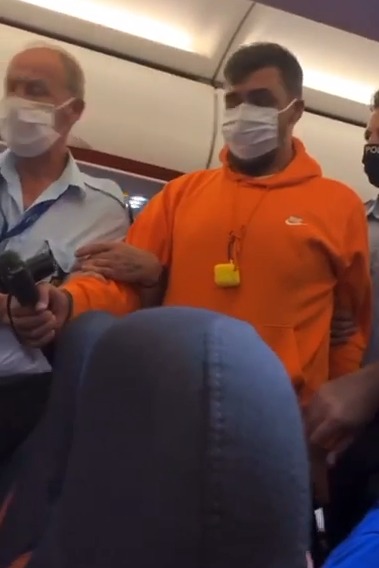 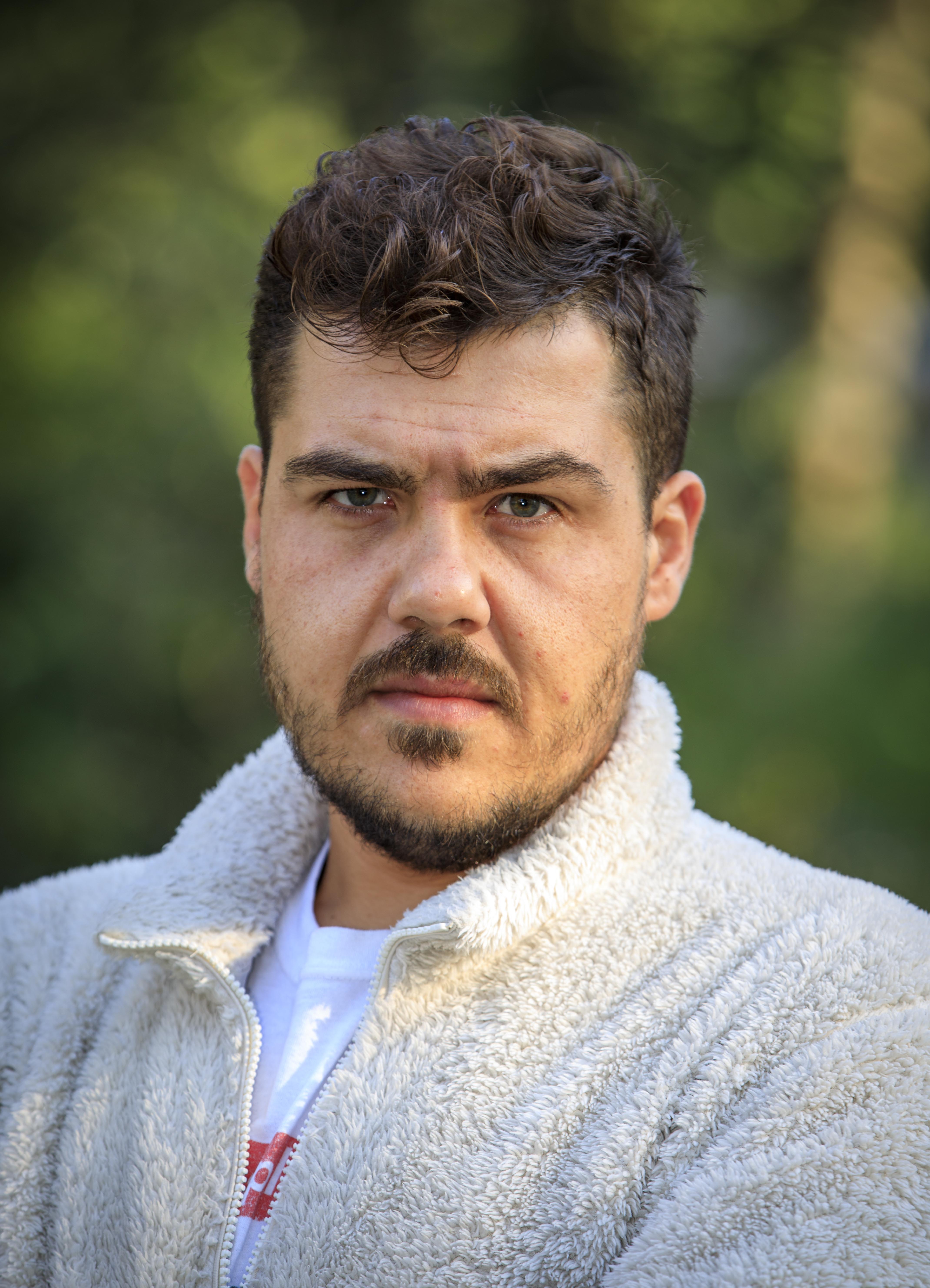 The next day Mr Torun spent all day in a Greek court before he was charged, slapped with an 800 Euro fine and handed a 17-month sentence suspended for three years.

He decided to take the same route as Harry Maguire and immediately appealed the sentence.

Mr Torun said; “I was charged with three cases – one of them was kicking the fire exit door.

He's now got a conviction hanging over him.It was a very expensive price to pay for getting drunk.

“I got charged for things that didn’t even happen.”

After he was released, Mr Torun then had to splash out a further £200 on a flight with another airline back to the UK.

According to Greek law, Mr Torun’s appeal means the conviction is hanging over him but will not kick in unless he is found guilty at his retrial at an appeals court.

If he fails to attend the conviction will automatically kick in and Interpol will put Mr Torun’s name on a black list and start looking for him.

A local cop claimed the Brit was “screaming and shouting and refusing to buckle up to wear a mask.”

They added: "He's now got a conviction hanging over him.  It was a very expensive price to pay for getting drunk.”

A easyJet spokeswoman said that flights are only diverted for the "most serious of disruptive behaviour" and described Mr Torun's account as "wholly inaccuarate".

She said: "We can confirm the Captain of flight EZY8842 from Antalya to London Gatwick on 4 September had to take the decision to divert to Kos due to a passenger behaving disruptively onboard. The passenger was removed by police on arrival.

“Pilots only take the decision to divert for the most serious of disruptive behaviour for the safety of all customers and crew onboard.

"Whilst such incidents are rare, we take them very seriously, and do not tolerate abusive or threatening behaviour on board and will always push for prosecution.

"easyJet’s cabin crew are trained to assess and evaluate all situations and to act quickly and appropriately to ensure that the safety of the flight and other passengers is not compromised at any time.

"The safety and wellbeing of our customers and crew is our highest priority.“ 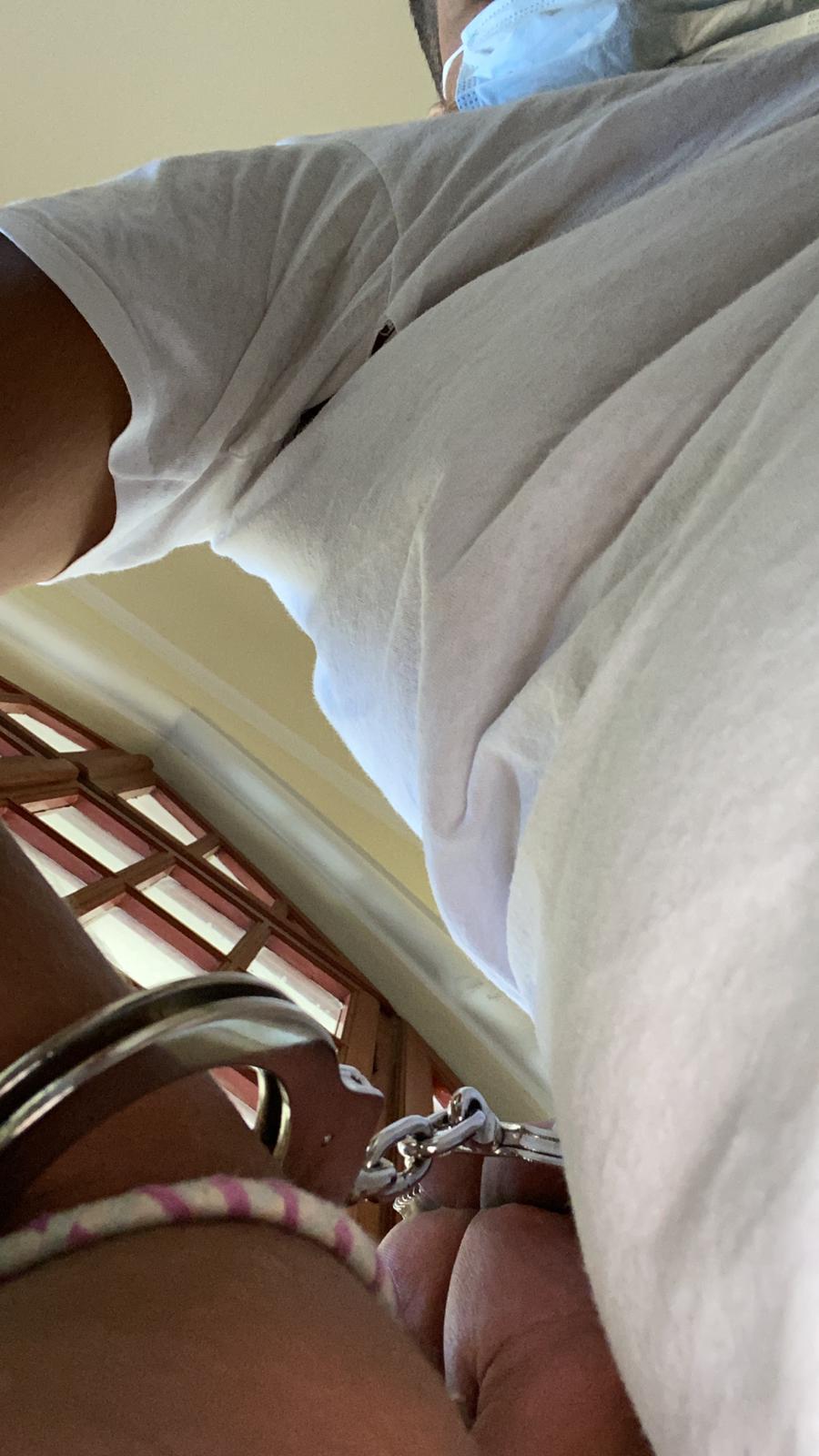 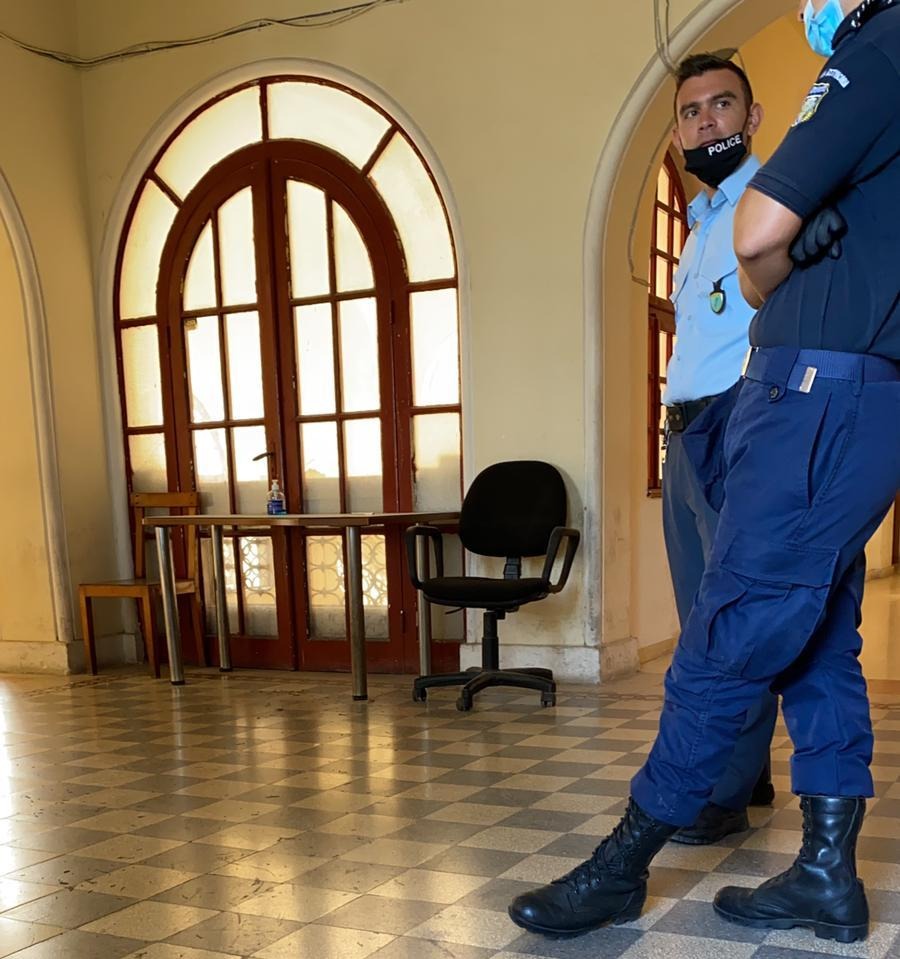 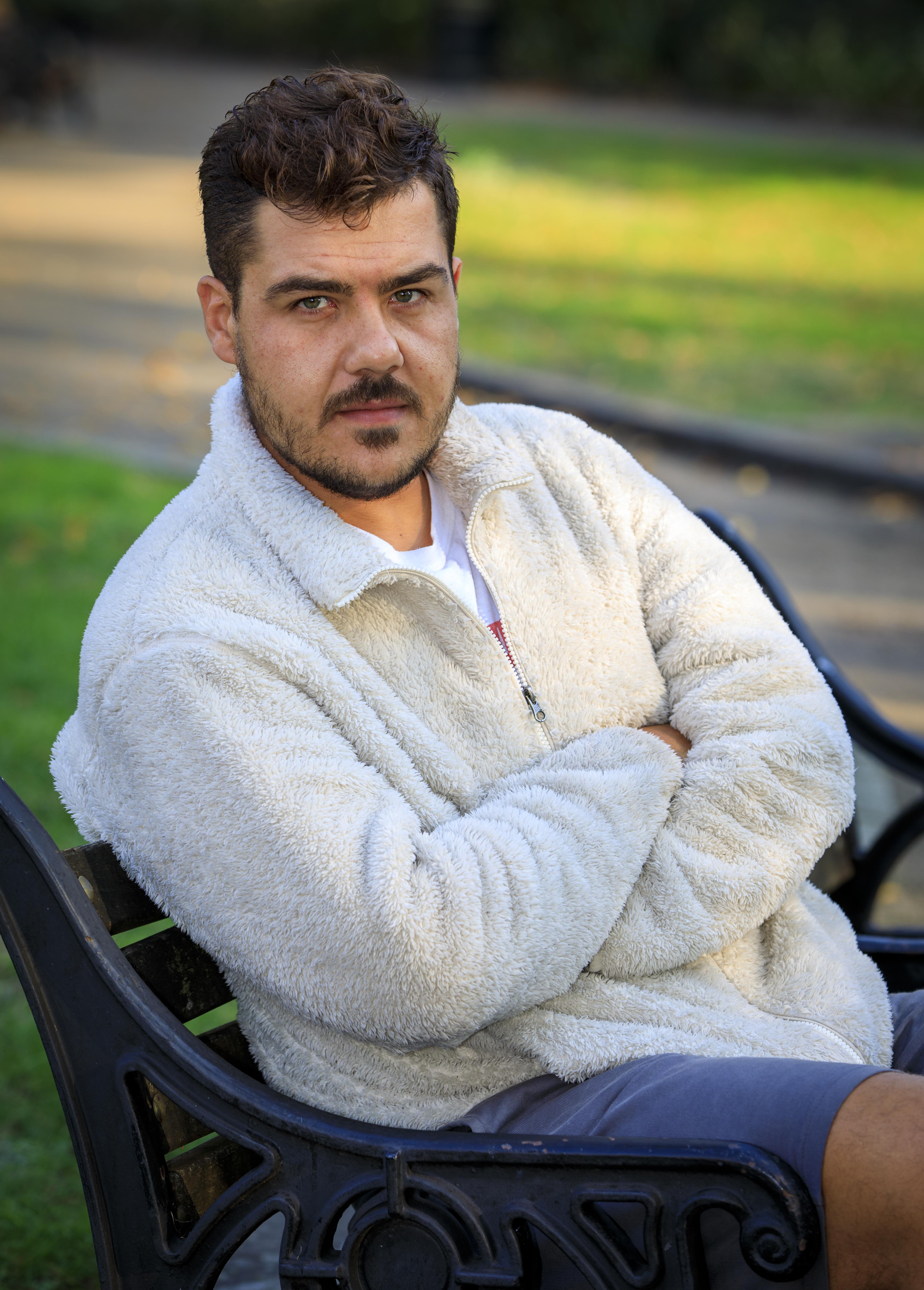 boozed-up, Brit, Ea, forced, Who
You may also like: