‘We have wrapped a suicide vest around our constitution and handed the detonator to Brussels’: BORIS JOHNSON’S blistering denunciation of our Brexit strategy… and his successor JEREMY HUNT’S trenchant defence

BORIS JOHNSON: We have wrapped a suicide vest around our constitution and handed the detonator to Brussels

Why are they bullying us? How can they get away with it? It is one of the mysteries of the current Brexit negotiations that the UK is so utterly feeble.

We have a massive economy; the sixth largest in the world. We ought to be able to do that giant and generous free trade deal the Prime Minister originally spoke of. And yet it’s, ‘yes sir, no sir, three bags full sir’. 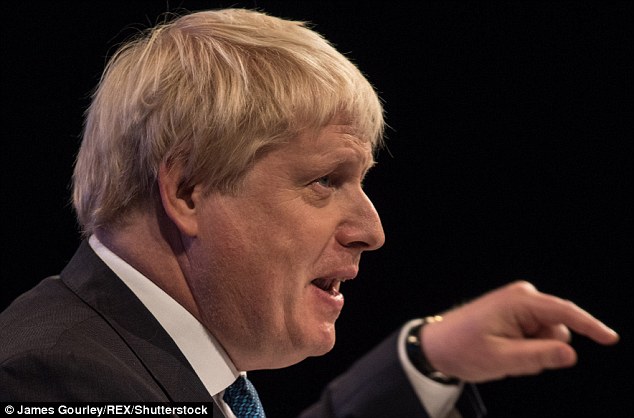 Boris Johnson, pictured, has accused the European Union of attempting to bully Britain 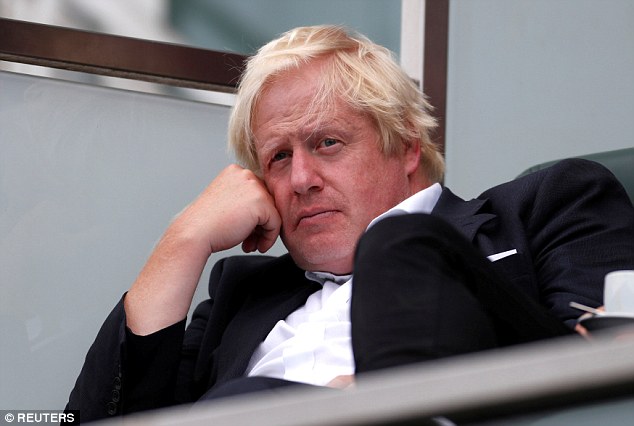 Johnson, pictured at The Oval yesterday, claimed the Northern Ireland backstop is a ‘suicide vest’ wrapped around the British constitution

Now under the Chequers proposal, we are set to agree to accept their rules – forever – with no say on the making of those rules.

It is a humiliation. We look like a seven-stone weakling being comically bent out of shape by a 500 lb gorilla. And the reason is simple: Northern Ireland, and the insanity of the so-called ‘backstop’.

We have opened ourselves to perpetual political blackmail. We have wrapped a suicide vest around the British constitution – and handed the detonator to Michel Barnier.

We have given him a jemmy with which Brussels can choose – at any time – to crack apart the Union between Great Britain and Northern Ireland.

We have been so mad as to agree, last December, that if we can’t find ways of producing frictionless trade between Northern Ireland and the Republic of Ireland, then Northern Ireland must remain in the customs union and the Single Market: in other words, part of the EU. And that would mean a border down the Irish Sea.

That outcome is completely unacceptable, as the PM has said, to the majority in Northern Ireland and to the UK Government; and yet that is the threat – to the integrity of the UK – that we have allowed our partners to wield. That is why Barnier seems so confident. That is why they are pushing us around. And we are now trying to sort it out, with a solution that is if anything even more pathetic.

We are now proposing our own version of the backstop: that if we can’t find ways of solving the Irish border problem, then the whole of the UK must remain in the customs union and Single Market. 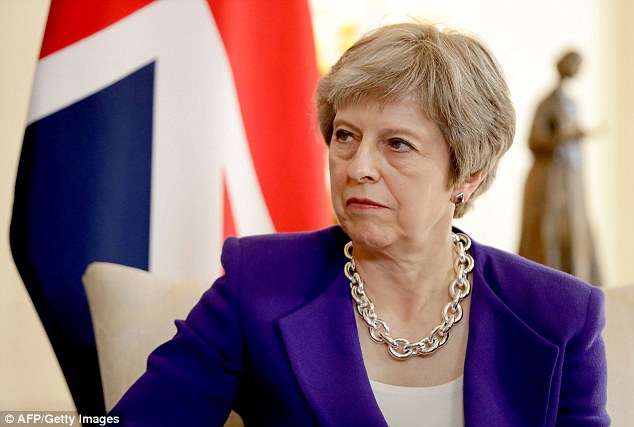 And as a so-called solution to that problem we are putting forward the Chequers plan which keeps us subject to EU rules for goods, for food, in practice for trade, and much else besides.

Either means agreeing to take EU rules, with no say on those rules. It means exposing UK business and entrepreneurs to potentially hostile regulation over which we have no control whatever. It means we can’t do any real free trade deals. It means we are a vassal state.

So we have managed to reduce the great British Brexit to two appalling options: either we must divide the Union, or the whole country must accept EU law forever.

You might suppose that the issue of frictionless trade in Ireland had been grossly inflated, in order to keep us in the orbit of Brussels. And you might well be right.

But what I can say for sure is that there are far better technical solutions than either of these hopeless ‘backstop’ arrangements. Around the world, authorities are finding ways of abolishing frontier checks – and doing them elsewhere. Why is that so unthinkable for Ireland?

The Irish currently use their ports and airports to check only one per cent of goods arriving from anywhere outside the EU, let alone the UK. We live in a world of smartphone apps and electronic forms and Authorised Economic Operator schemes. There is no need for any kind of friction at the border at all.

As Jon Thompson, the head of Her Majesty’s Revenue & Customs, told the House of Commons: ‘We do not believe – and this has been our consistent advice to Ministers – we do not believe we require any infrastructure at the border between Northern Ireland and Ireland under any circumstances.’

He is right. The tragedy is that the British Government has never consistently pushed for those projects to be developed, and that is because there has always been a secret agenda to keep the UK in the customs union and effectively in the Single Market.

In a weird semi-masochistic way we have created the means by which the EU can bully us. We have conspired in this threat to the Union. We have put our own heads deliberately on the block.

It is time to scrap the backstop, fix the borders for frictionless trade, and get back to the open and dynamic approach outlined in Theresa May’s original Lancaster House speech – with a big Canada-style free trade deal.

Otherwise, we should tell our friends they won’t get a penny.

JEREMY HUNT: Mrs May will hold the line and win the best deal for Britain. But she needs the country behind her

Throughout the post-war era, no political issue has aroused greater strength of feeling than our relationship with Europe – and rightly so.

With crucial negotiations under way, and vital issues hanging in the balance, the Prime Minister needs the flexibility and room to negotiate the best deal for Britain. 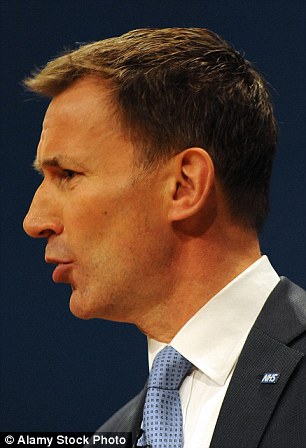 New Foreign Secretary Jeremy Hunt, pictured, said Theresa May was in the best position to secure the best deal from Brussels for Britain

As we enter the final approach to Brexit, the critical moment has arrived. In just over six months, Britain will leave the European Union. In the coming weeks the Prime Minister will seek an agreement that fulfils the letter and spirit of our national decision to withdraw from the EU.

She is better than anyone I know at holding the line in the face of intense pressure. But as a country we can help, too, because her efforts to achieve the best outcome for Britain will be greatly strengthened if we are united behind her.

Parliament will, of course, have the chance to debate and vote on any agreement. Until then, we should not rush to judgment on a deal that is still under negotiation.

Nor should we assume that unacceptable further concessions will ‘inevitably’ be made on the Chequers proposals. I know this Prime Minister and she would never recommend a deal inconsistent with what the country voted for.

In brief, our plan will take Britain out of the Single Market and the customs union, end the jurisdiction of the European Court of Justice, and halt the payment of vast sums into the EU budget. It will end freedom of movement and withdraw from the Common Agricultural and Common Fisheries policies.

The Government’s overarching aim is to restore Britain’s sovereign control over our borders, laws and money, while protecting jobs by ensuring our exporters can trade as freely as possible with the EU. We will also protect the peace in Northern Ireland and firmly resist attempts by some in Europe to divide our United Kingdom with customs posts down the Irish Sea. 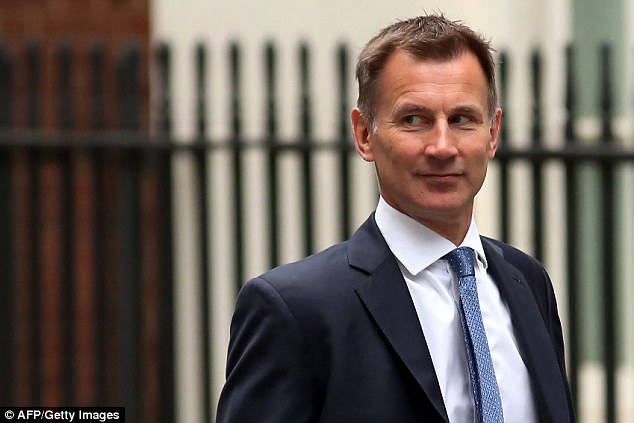 Nobody else has a detailed plan that both delivers on the instruction of the British people and has a chance of succeeding in the negotiations. No country has ever left the EU before, so this is a journey without signposts. No negotiation is ever easy: I know that only too well having recently negotiated the NHS’s long-term funding settlement with a Chancellor who rightly guards the purse-strings of the British taxpayer with great care.

Yet all sides in this negotiation share a strong interest in achieving a smooth and orderly Brexit. Last year, total trade between Britain and the rest of the EU came to £615 billion – more than twice the corresponding flow between China and Japan. About three million jobs in Britain and six million in the EU depend on this trade. We would all lose from any disruption.

As it happens, I voted to ‘Remain’ in the referendum in 2016 but I have found my views changing since then. Since becoming Foreign Secretary in July, I have visited eight EU countries and met more than half of my European counterparts. This has led me to reach two conclusions. 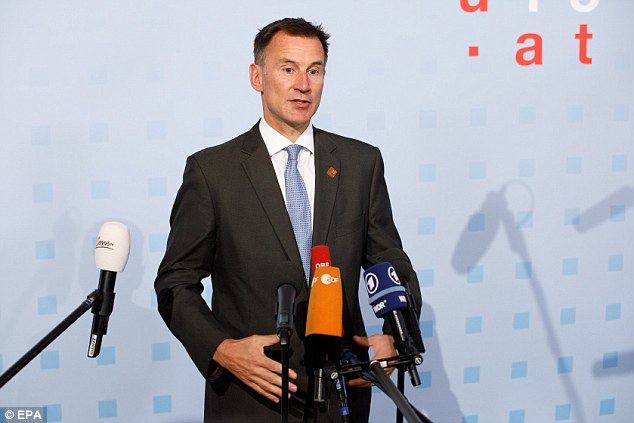 Firstly, the concept of freedom of movement is an inescapable element of the EU project – and it has been firmly rejected by voters in Britain. Only by leaving the EU can we satisfy the emphatic desire in the country to control our own borders, voiced in the referendum and again in last year’s Election, when 82 per cent of the public voted for parties that pledged to stop free movement.

Both of these factors help to explain why more people voted to leave the EU than have ever voted for any political party in our country’s history. Nothing would be more damaging for our democracy than for the political establishment to try to unpick that decision.

Keeping faith with the British people also rules out certain alternatives to EU membership. Especially any option that would entail accepting freedom of movement would contradict the message of both the referendum and the Election.

In the end, democracy depends on respecting the power and legitimacy of the ballot box and accepting whatever the electorate decides.

However tough the negotiations, we must not and will not ignore the will of the British people. So this is the moment to back the Prime Minister who is determined to deliver on their instructions.