BORIS Johnson today defended hundreds of thousands of A-level results – despite 40 per cent of students getting their grades marked down.

The PM insisted the system was "robust" and the fairest way of ensuring kids all get fair marks despite not sitting any exams over coronavirus. 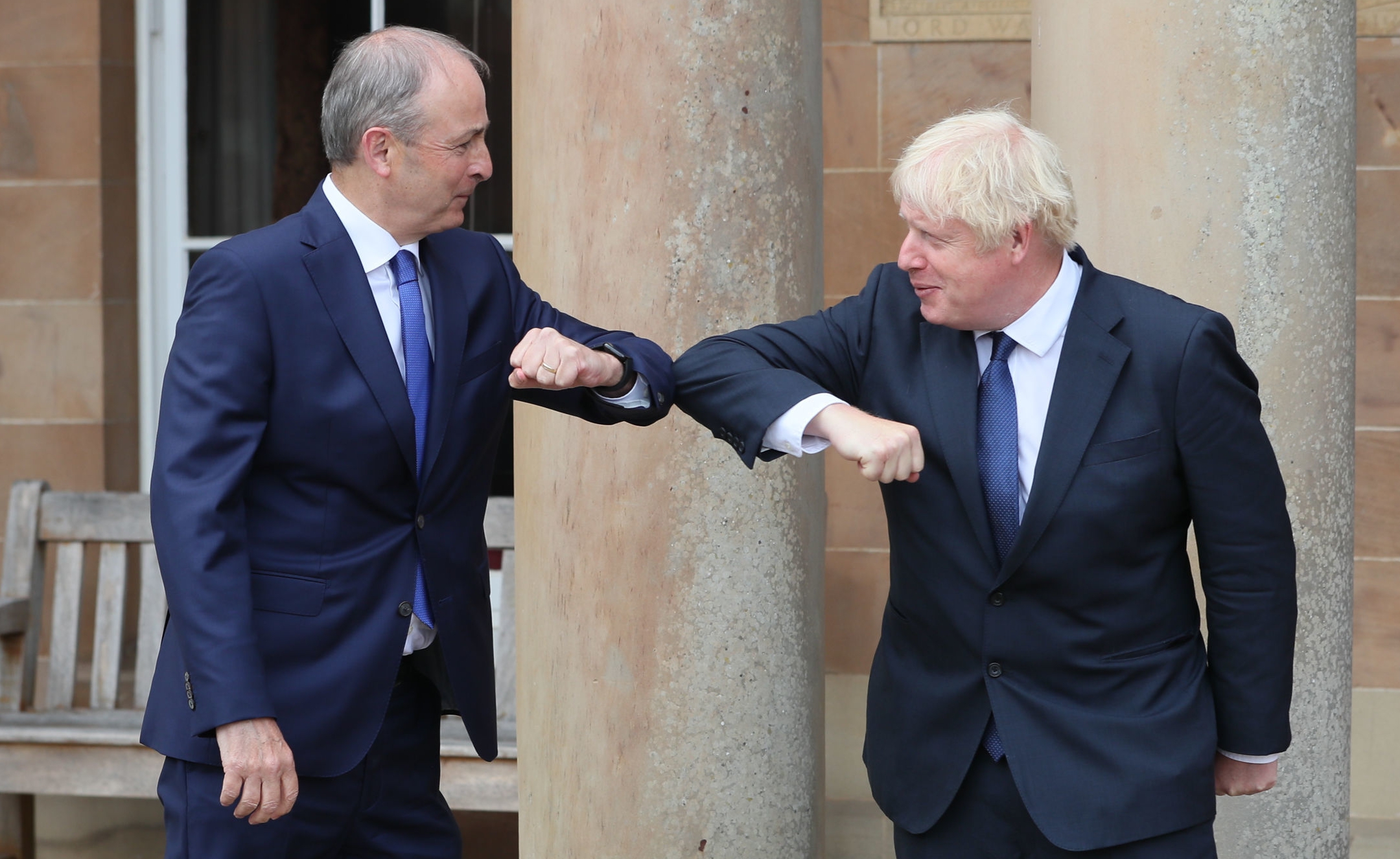 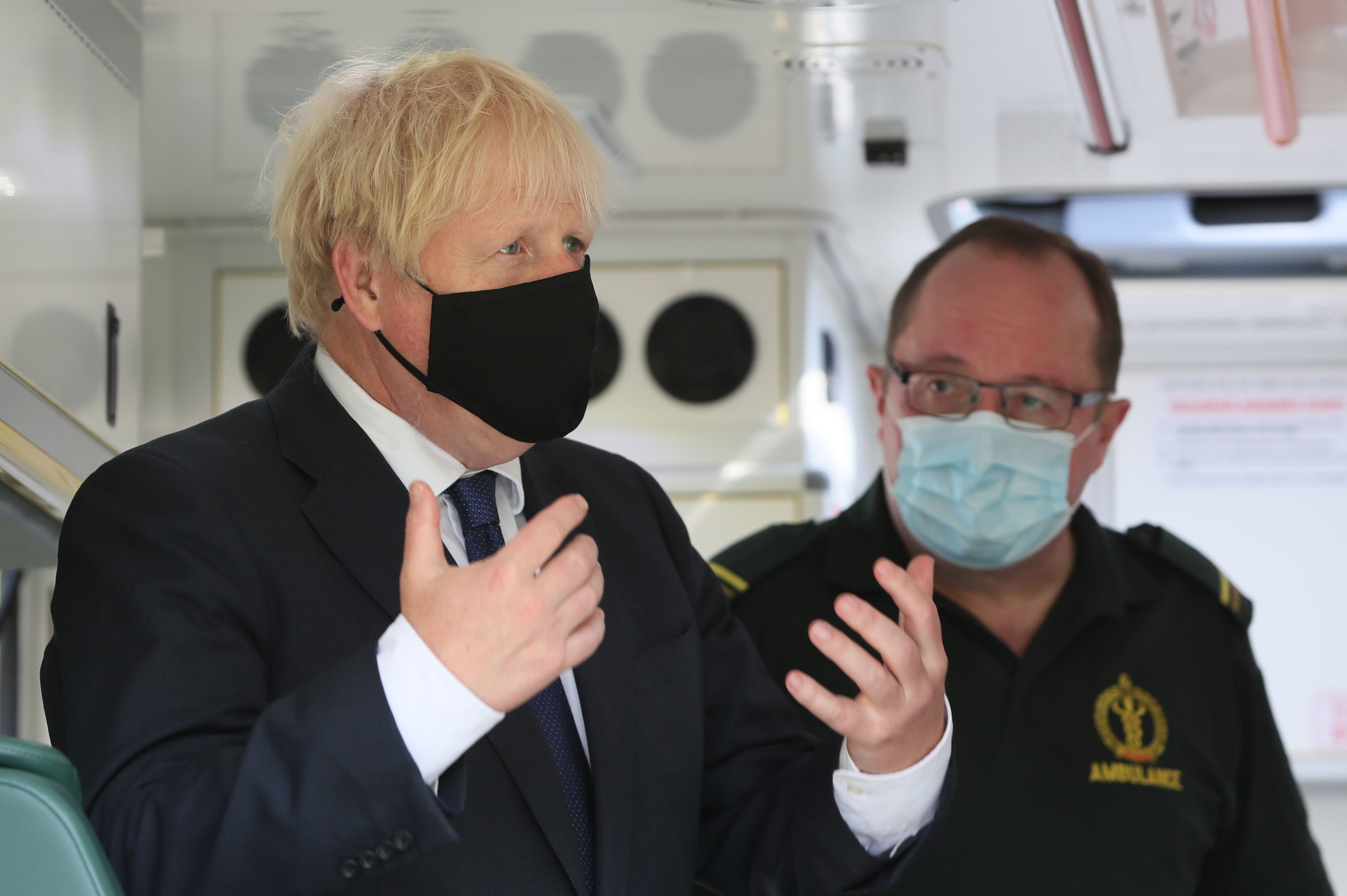 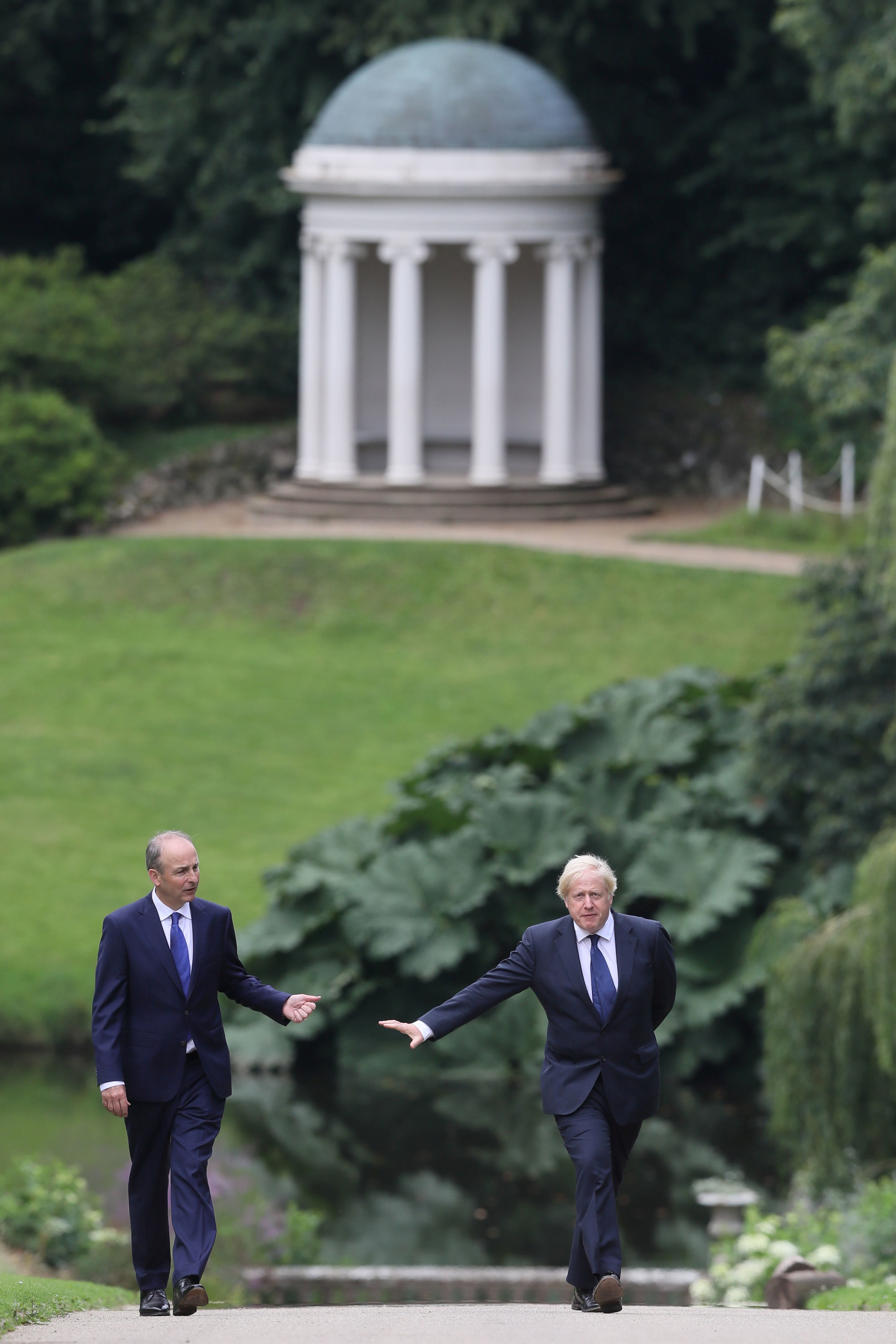 Students have been left devastated today after exam regulators revealed thousands have had their marks changed – but students overall received the most As and A*S in a decade.

Hundreds of thousands of students across the country this morning have been getting their A-level results – despite not sitting any exams this year because of the coronavirus crisis.

But Boris said: "Well let me first of all say that I want to congratulate all the students who have worked so hard to get the grades that they have and have done so well.

"And let's be in no doubt about it, the exam results that we've got today are robust, they're good, they're dependable for employers, but already I think that there's a record number of candidates, of students, who are able to get their first choice course at the university of their choice.

"Plus, there's a record number of students, of pupils, from disadvantaged backgrounds who now as a result of these grades, will be able to go to university."

On whether he had confidence in his Education Secretary, Gavin Williamson, he added:"Of course I do – I think this is a robust system and it's one that is dependable for employers."

His words come as exam boards downgraded nearly two in five (39.1 per cent) pupils’ grades in England, according to data from exam regulator Ofqual.

Teachers initially gave all their students marks based on what they thought they would get.

And then computers and moderators were used to standardise the results.

The Government announced late on Tuesday that students in England will have the "safety net" of being able to use mock exam results as the basis for an appeal if they are higher than the calculated grade.

The so-called "triple lock" means that students will be able to use the grade they get, ask for an appeal based on their mock results, or sit the exam in the autumn. 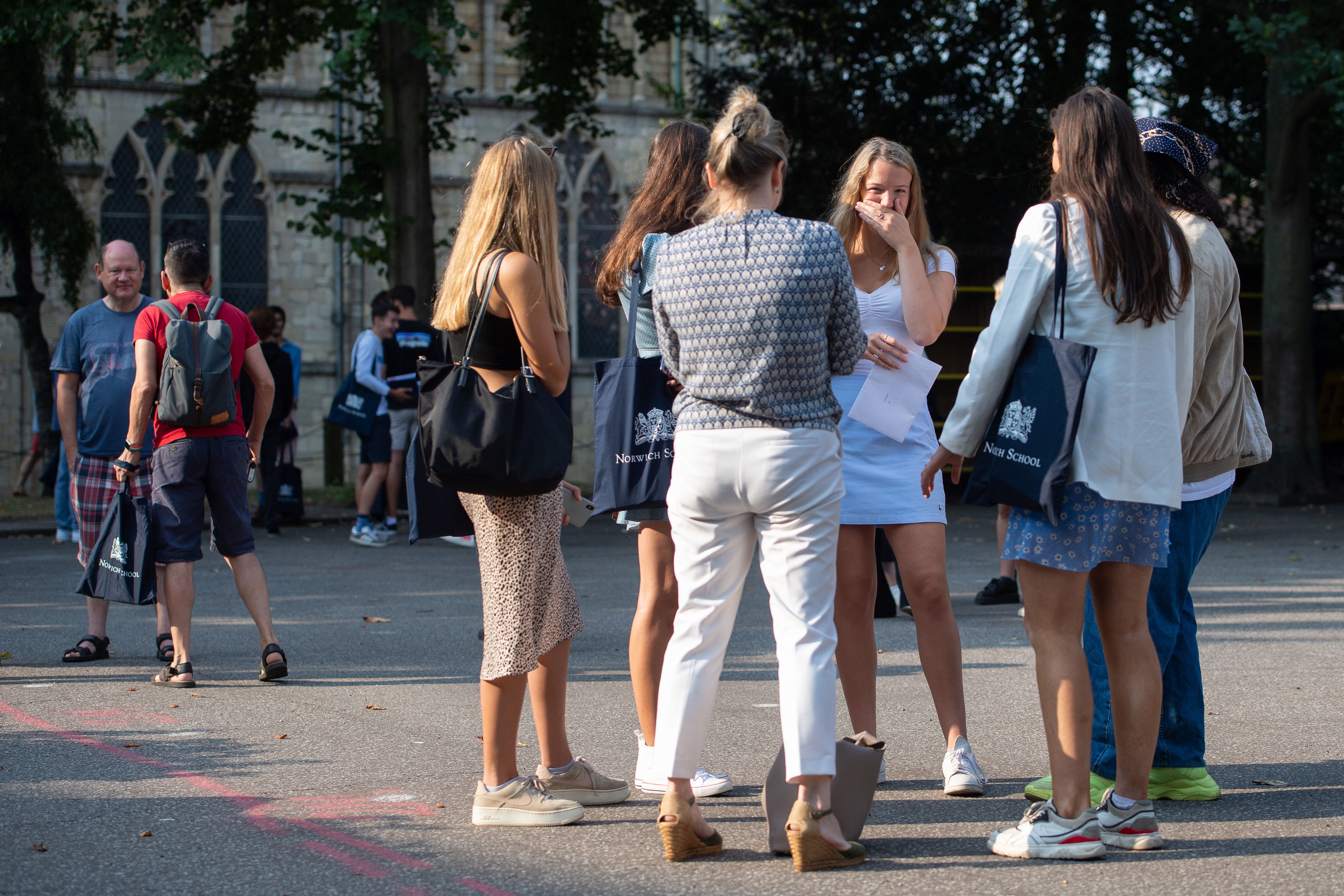 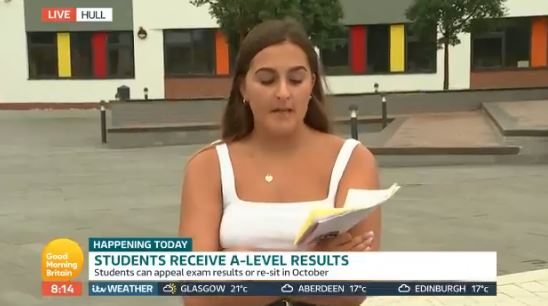 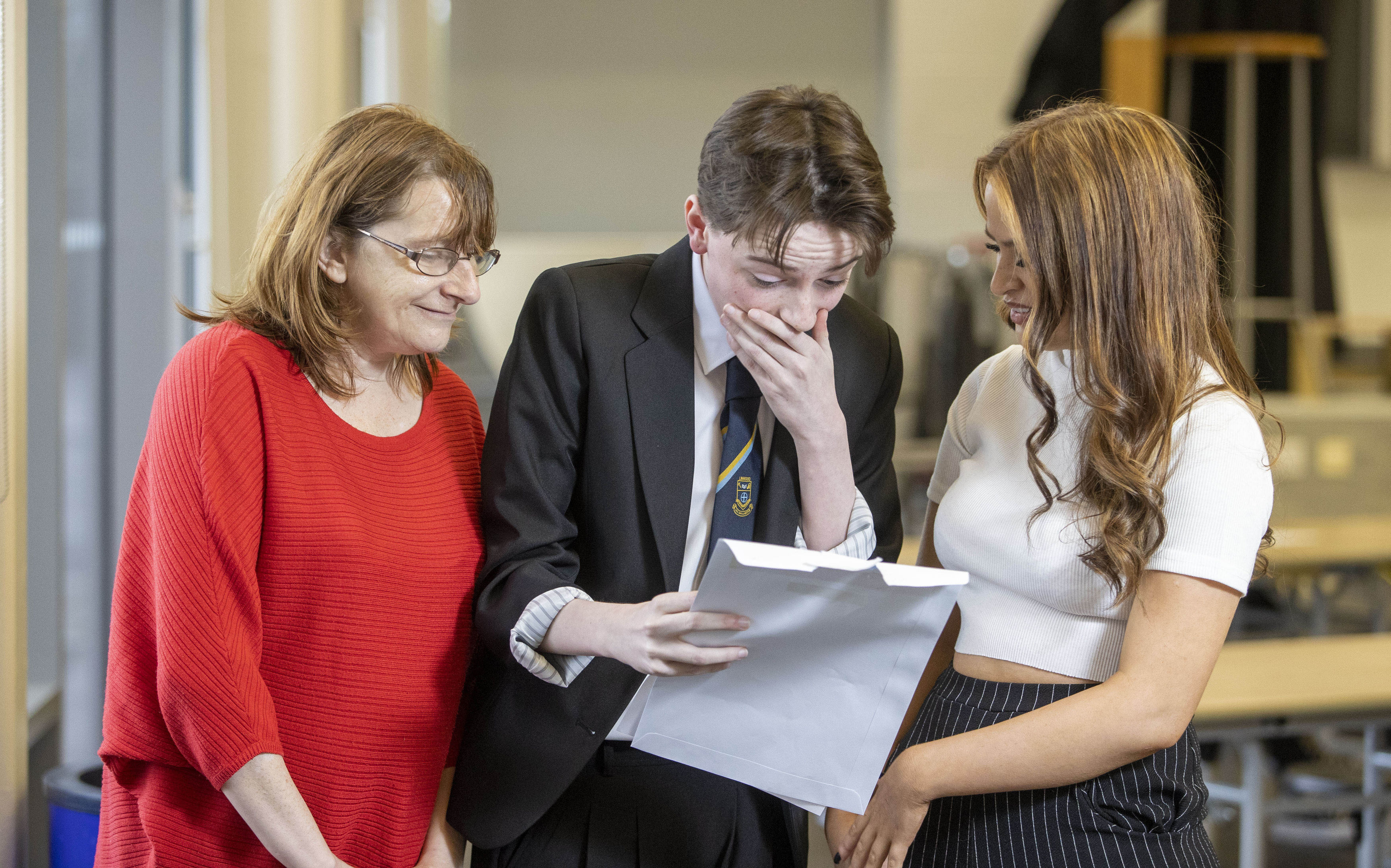 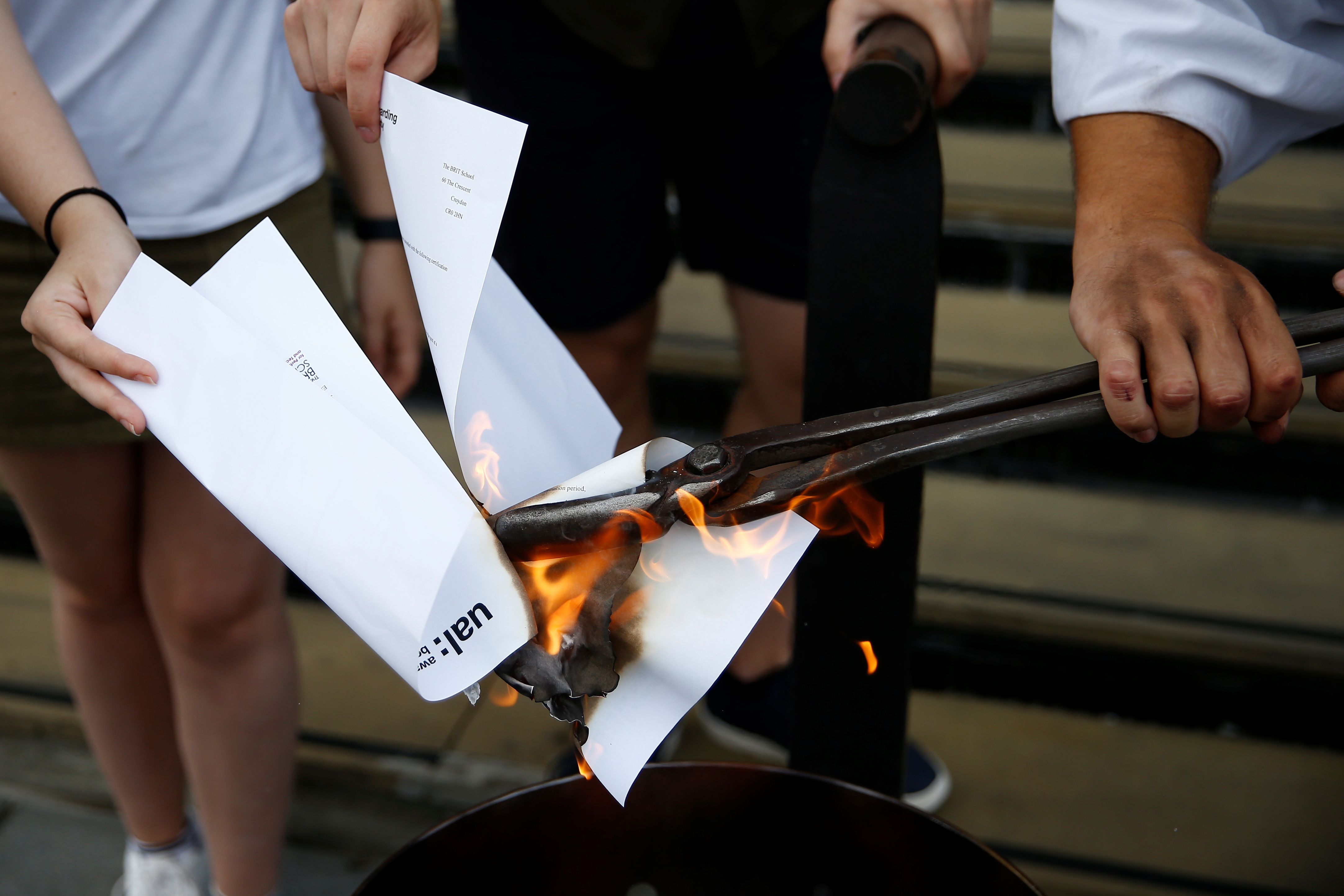 On the most chaotic A-level results day in years:

Around 300,000 school leavers in England, Wales and Northern Ireland excitedly opened their calculated grades this morning .

Hoowver, A-level student Megan, from Hull, received A, B, B when she was predicted three As.

She bravely told GMB she would have got the required grades to go to Leeds University if she had taken the exams.

Megan said: "I got an A and two Bs. I needed three As to get into the University of Leeds.

"That was my three predicted grades from my teachers. So I'm a bit disappointed.

"I think I could have got my three As if I did my exams which I'm sad about.

"I think I deserved three As, so it's annoying. I'm just hoping Leeds will let me in with these grades."

Her principal Mr Britain said: "It's completely unfair when students like Megan when an algorithm, some sort of standardisation process has meant she hasn't got the grades that she should have got.

"Yes, hopefully you'll still get into the university, but it's still not right that these young people haven't got the correct grades."

Students were left in tears after being disappointed with their results – with some even burning their letters. 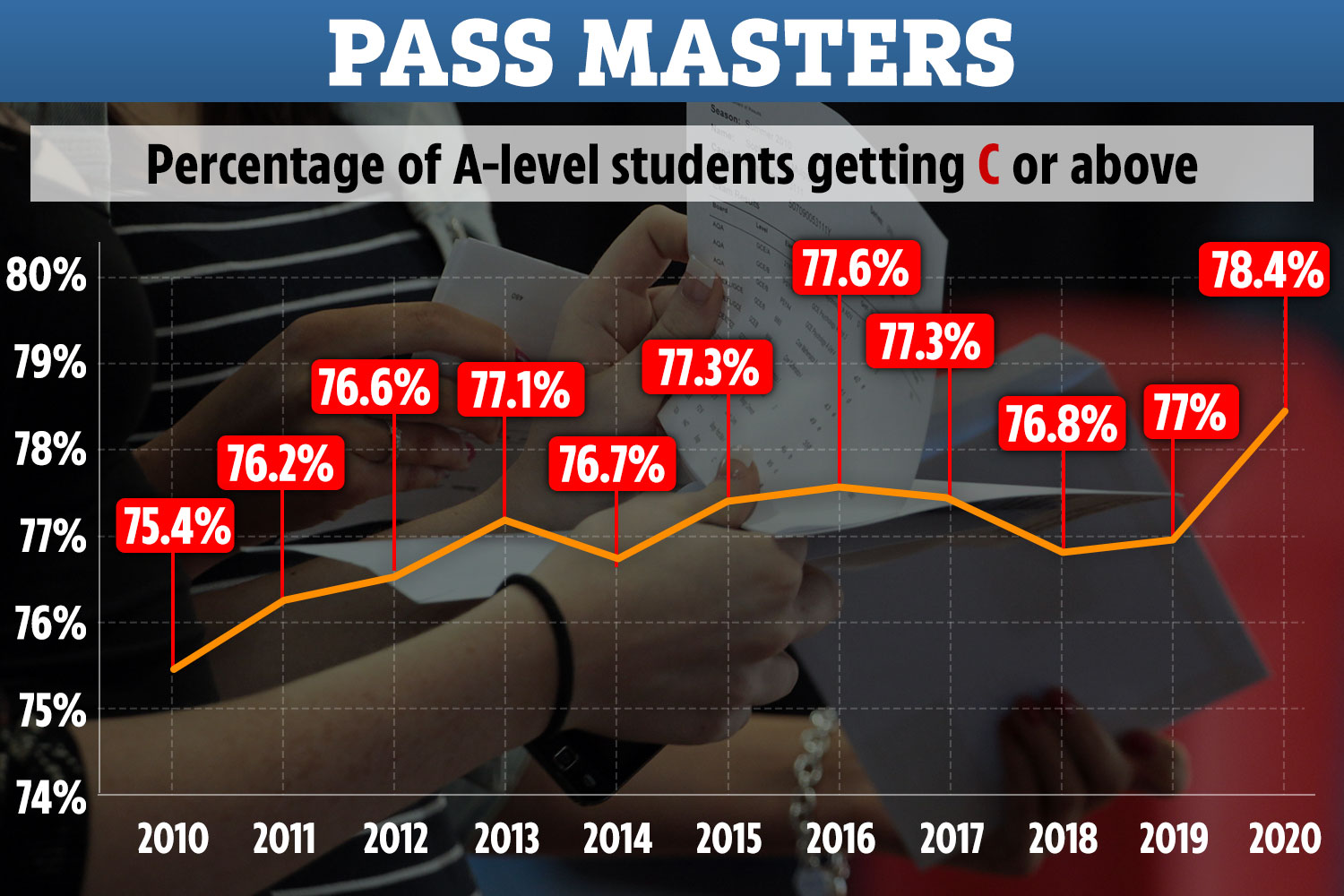 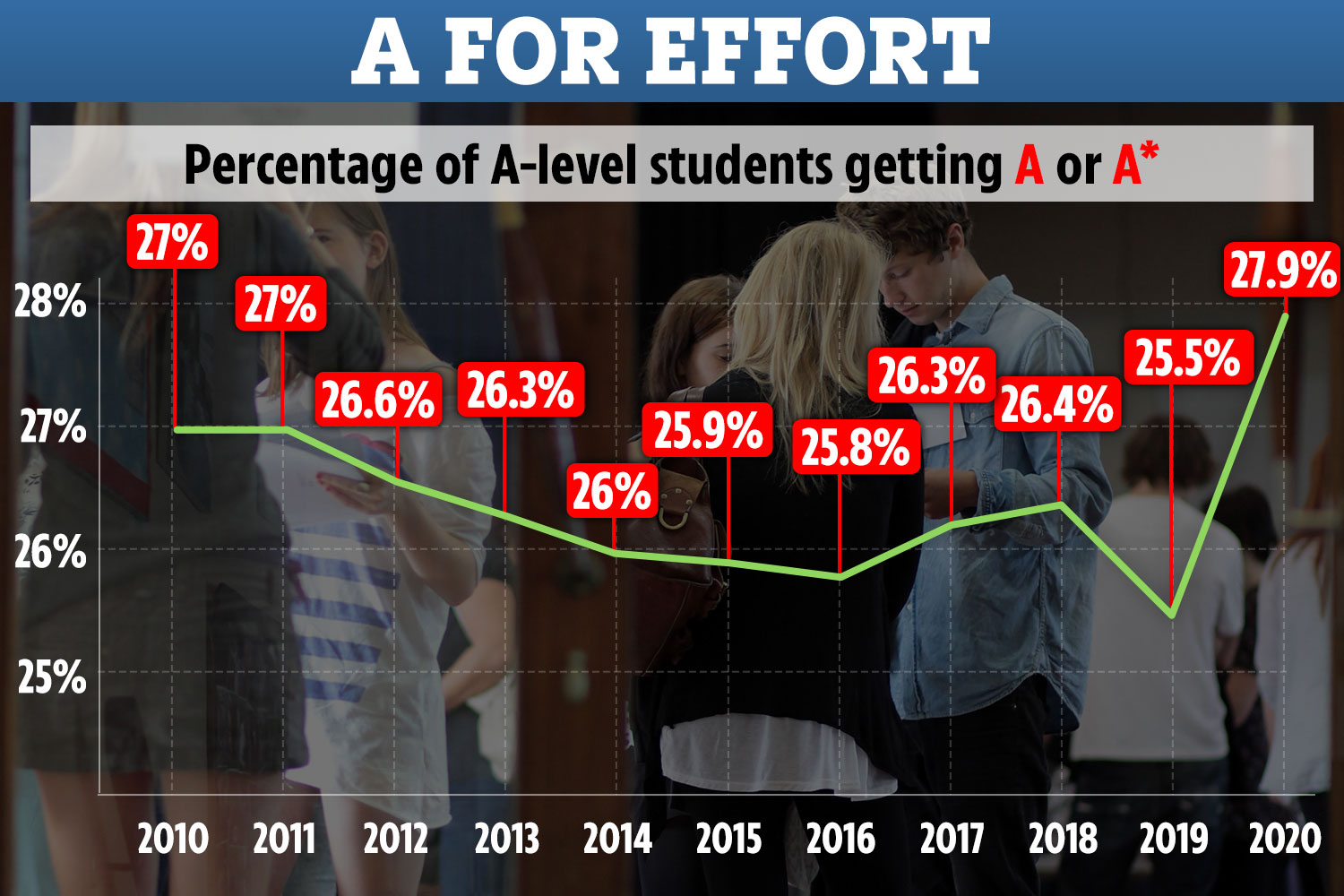 Abby, from Hull, admitted to breaking down after seeing her results after receiving D, D, E grades in her A-level subjects – meaning she missed both her firm and insurance university places.

She told the BBC: “My future has been set back completely. I might have to wait one or two years now to go to university.

“There’s been loads of people crying, not getting the results they wanted, and it’s down to something that wasn’t our choice."

Lilly Keeley Watts achieved A*, A, C meaning she didn't get her place at Durham University even though she says she knows she deserved more than a C.

"I have called up this morning and I haven't got in. I am absolutely gutted. I know our school has been hit by these science grades."

On the verge of tears she told IV: "I know I deserve more than a C in biology. I don't want to be big headed, but I know I would have done better than that.

"It's very unfair that because of past performance in this area and in my school, that I haven't got in. It's heartbreaking seeing my friends upset because they haven't got in because of previous results, because of what school you go to. It shouldn't' determine how you can do." 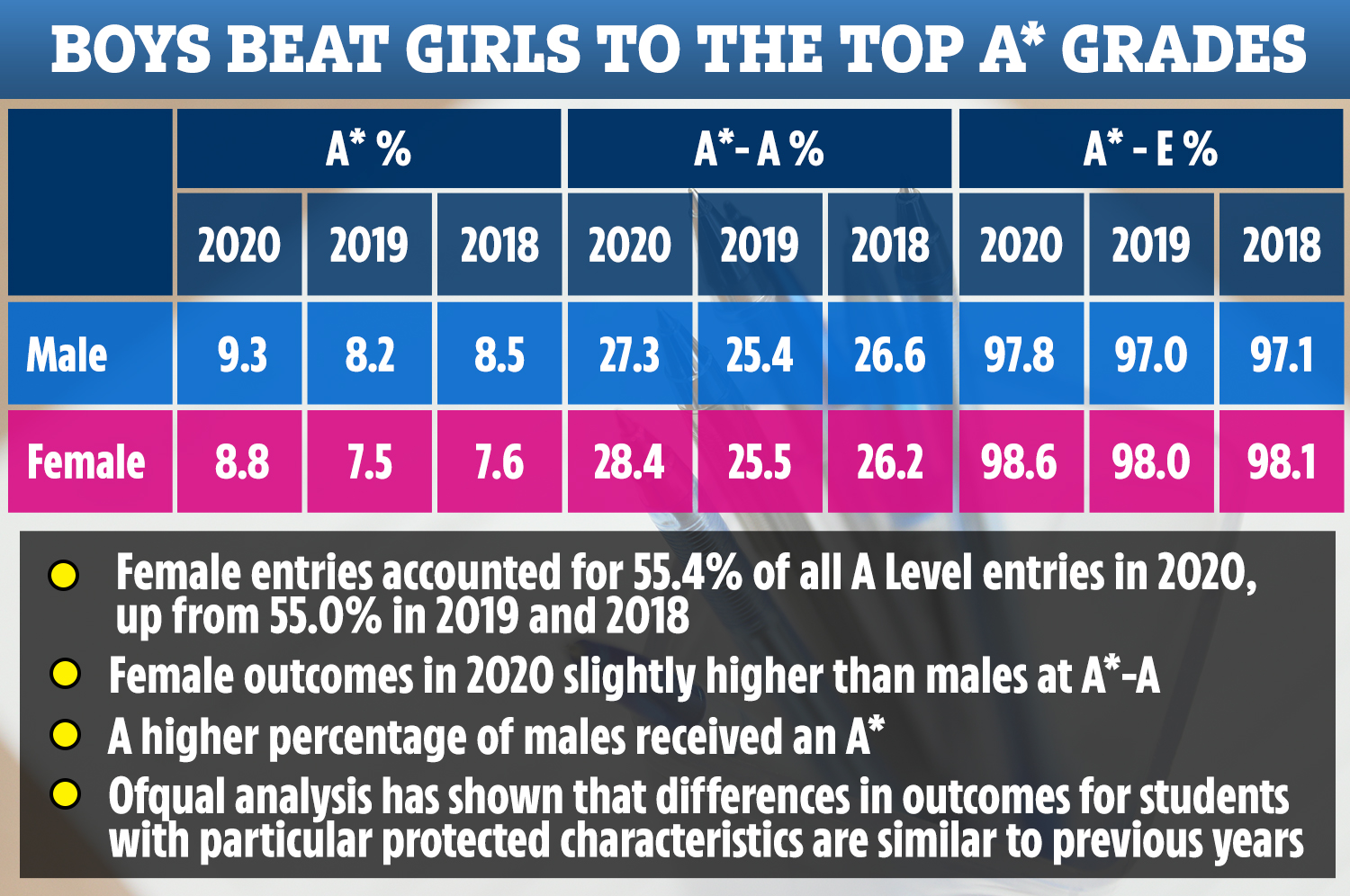 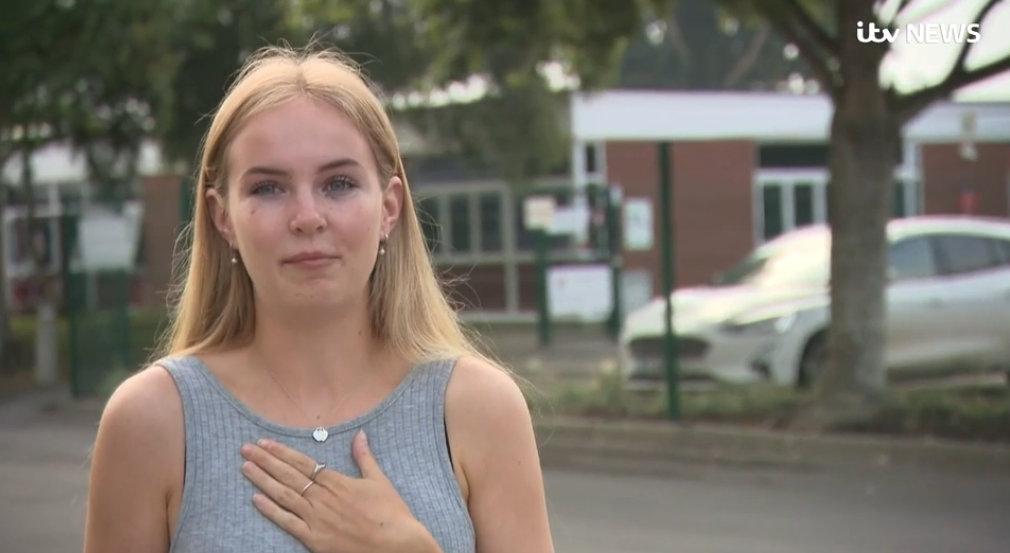 Abbie Cooper, an AS-level student from Cwmbran, said she was "distraught" after receiving two Ds and a U.

The 17-year-old said: "Last year I couldn't attend college a lot due to anxiety and mental health issues but any time I did a mock or a piece of work I'd still get a D, a C or a B. The Ds that I did get had been improved to a B and a C at the end of the year, and my predicted at the end of the year was a B-B-B.

"I thought I'd pretty much secured at least a C, but I checked my results this morning and it said U-D-D."

In a snap poll run by The Student Room this morning, already close to 60% of students have already responded saying that their A-Level grades were worse than expected.

One student commented “I honestly have a rock in my stomach, I wanna get blackout drunk and just cry right now.

"I got predicted a ABC and just received CCE, I got all 7s and 8s during GCSEs and didn't do well during mocks but at worst expected BCD or something like that.

"I can't even apply for clearing with hope." 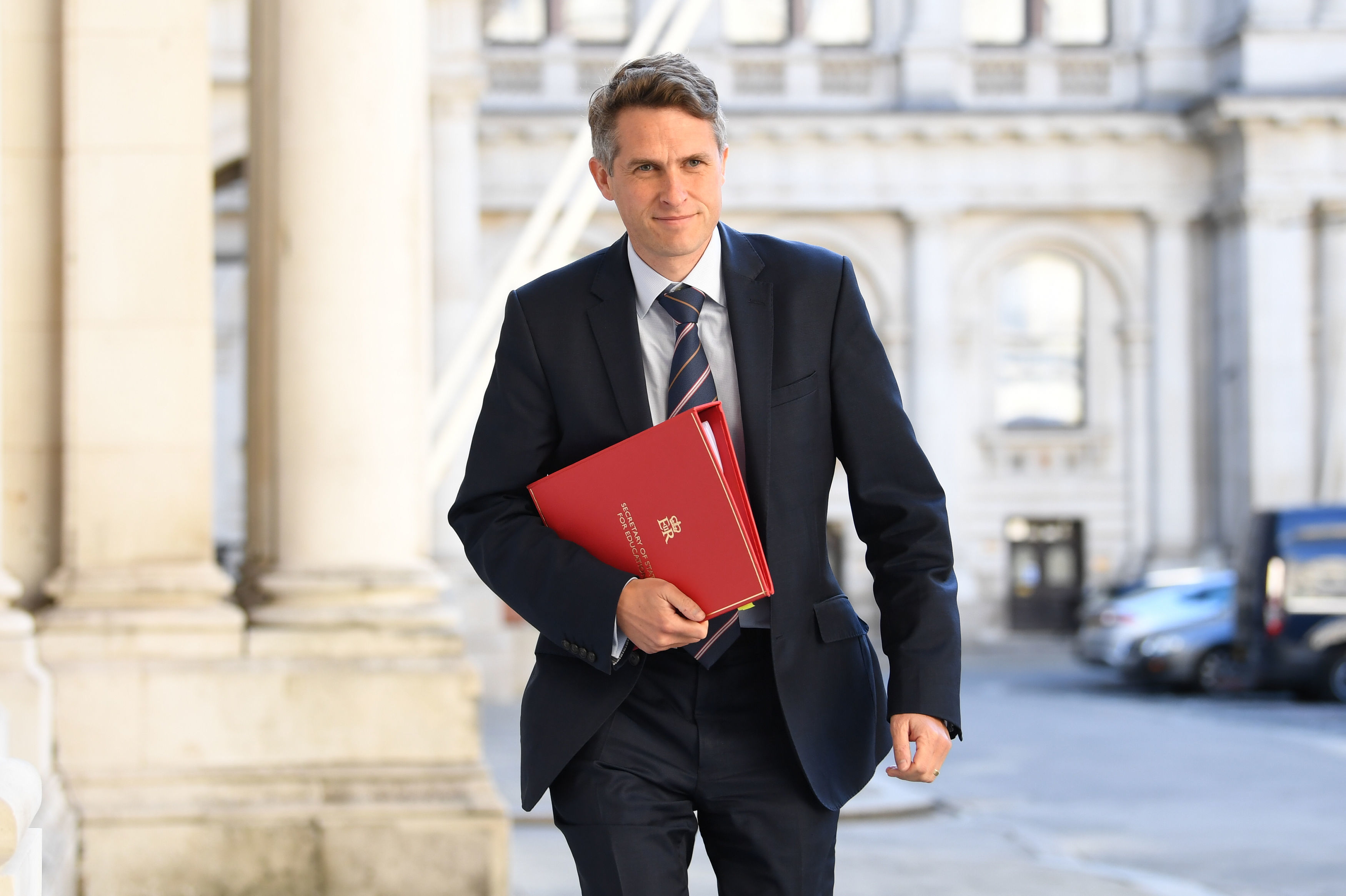 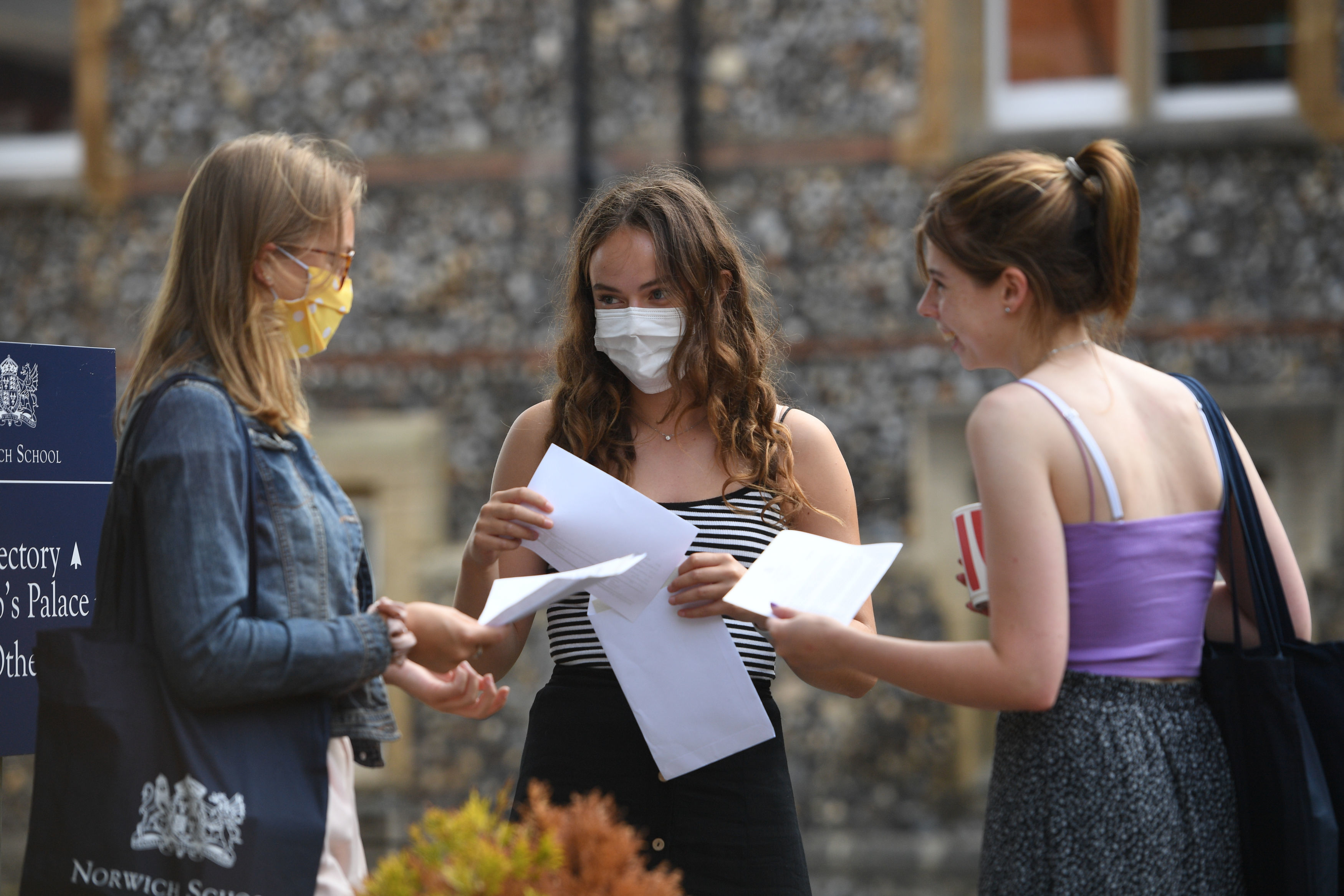 A number of parents and relatives also took to social media to vent their frustrations after seeing their family members' predicted results drop.

One dad, Nick Day, tweeted his dismay at his daughters results being marked down blasted: "My daughter, whose predicted A-level grades were A,B,B has just been ‘awarded’ C,C,C and all of her UCAS offerstr have been withdrawn.

"@[email protected] You are an utter disgrace and we won’t put up with this #AlevelResults."

Another added: "Please can someone explain to me how my god-daughter, who was predicted A, B, C, can be given B, D, U for her A-level results. Ungraded?! It’s outrageous!"

However, after record high grades for many, other pupils were delighted with their marks.

Lorna Gauvain, 18, collected three A* grades at Norwich School and plans to study forensic psychology at the University of Kent starting in 2021 after a year out.

She said the results are what she was hoping for but added: "For the first few months it didn't really feel like they were going to be our results."

Lorna, who lives near Wroxham in Norfolk, said: "I was happy and very relieved.

Identical twin sisters Arianne and Enyala Banks are setting off to Oxford University together, too.

Arianne will study Law with French Law at Mansfield College – while Enyala will read Materials Science at Queen’s College.

A Level student James, from Brighton, is overjoyed after beating leukemia and smashing his exams.

During chemotherapy he focused on academics as he was unable to play sports other than tennis.

He has beaten leukemia, and plans to study Economics at Warwick University.

Kids can't launch an appeal, but the schools can do it for them. And they can use their mocks to help decide on a grade after a last-minute change of plan.

However, exams regulator Ofqual haven't yet set out the details of how to submit these appeals – and what mocks will be valid to use.

Students can also choose to sit the exam in the autumn too, and pick the best mark they have available. 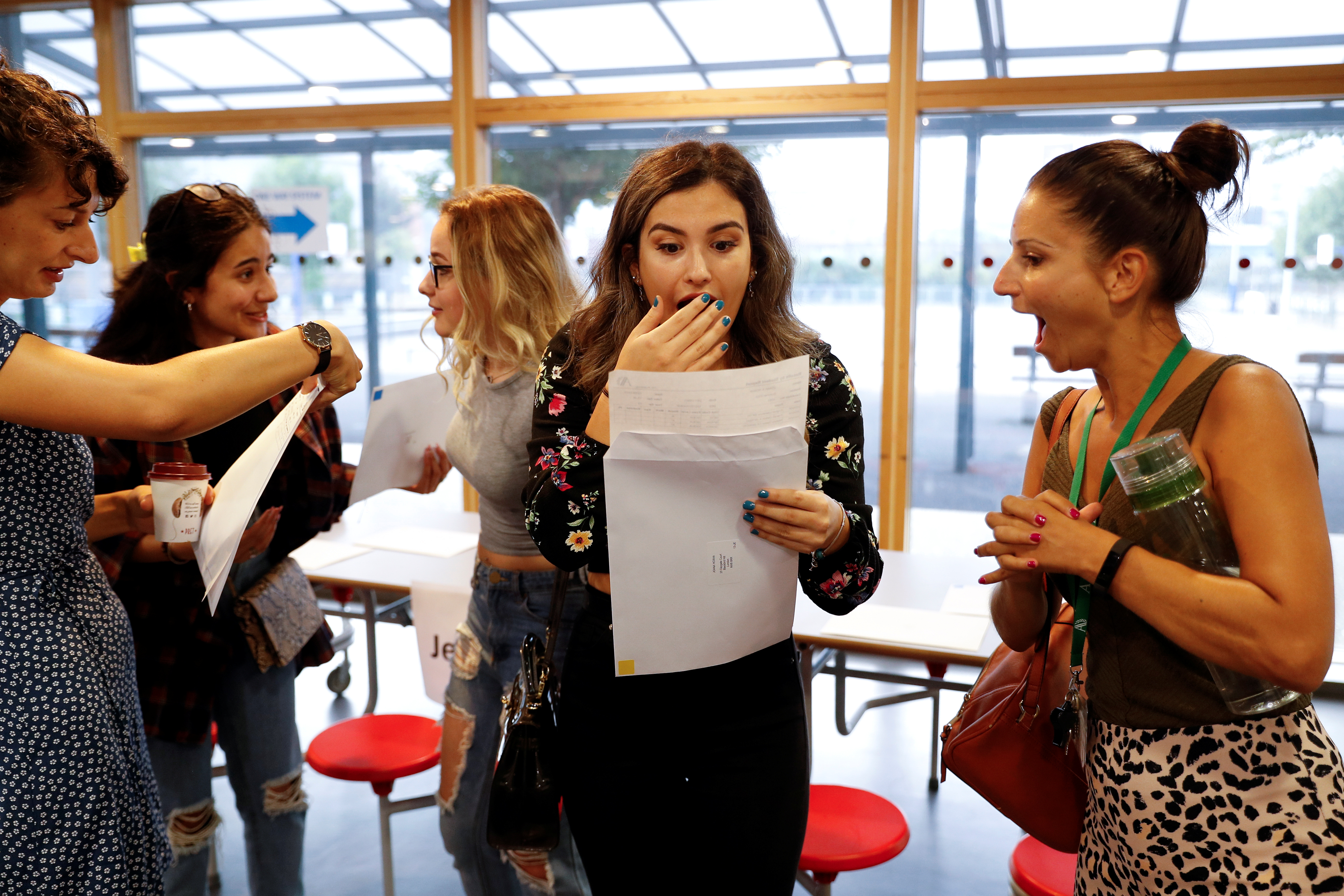 Girls do better than boys – but boys get more top grades

The number of female students achieving a pass hit 98.6 per cent this year in comparison to 97.8 per cent of boys.

More boys were given an A* with 9.3 per cent being awarded the top mark, in comparison to 8.8 per cent of girls.

But overall more girls achieved either an A or A* with 28.4 per cent compared to 27.3 per cent of boys.

More girls are also taking sciences – biology, chemistry or physics – at A-level, according to data from Ofqual.

The number of boys dropping language subjects also fell by 6.2 per cent, while female entries in French, German or Spanish rose by 1.5 per cent.

Some schools will today send out the teacher-predicted results they would have got to kids – who can then decide whether to appeal or not.

Gavin Williamson, the Education Secretary, has been under fire for the last minute change of appeals process – which isn't yet ready for kids to use.

And he refused to apologise for the standardising system which led to grade being marked down.

The Cabinet minister told Sky News: "If we do not have checks and balances within the the system you'll have even greater unfairness.

"Potentially some people would take advantage of the fact that there aren't checks and balances."

He defended not ditching standardised grades and using teachers ones in a fiery exchange on This Morning.

Mr Williamson was confronted by Christine Cunniffe, the principal of LVS Ascot.

Ms Cunniffe said she had seen some of her top students downgraded by two grades as a result of the system put in place by the Government for moderating exam results in England.

She urged the Education Secretary to follow the example of Scotland and abandon the system, saying students had "been through enough".

But he told the show:: “Well, overtime they [students] are in competition and you have to have some consistency in terms of grades. We have to be sure that we maintain standards…

"Not having standards, not having the same level of consistency, we’ve had some schools, for example, that have put every child in as either an A or an A* or B.” 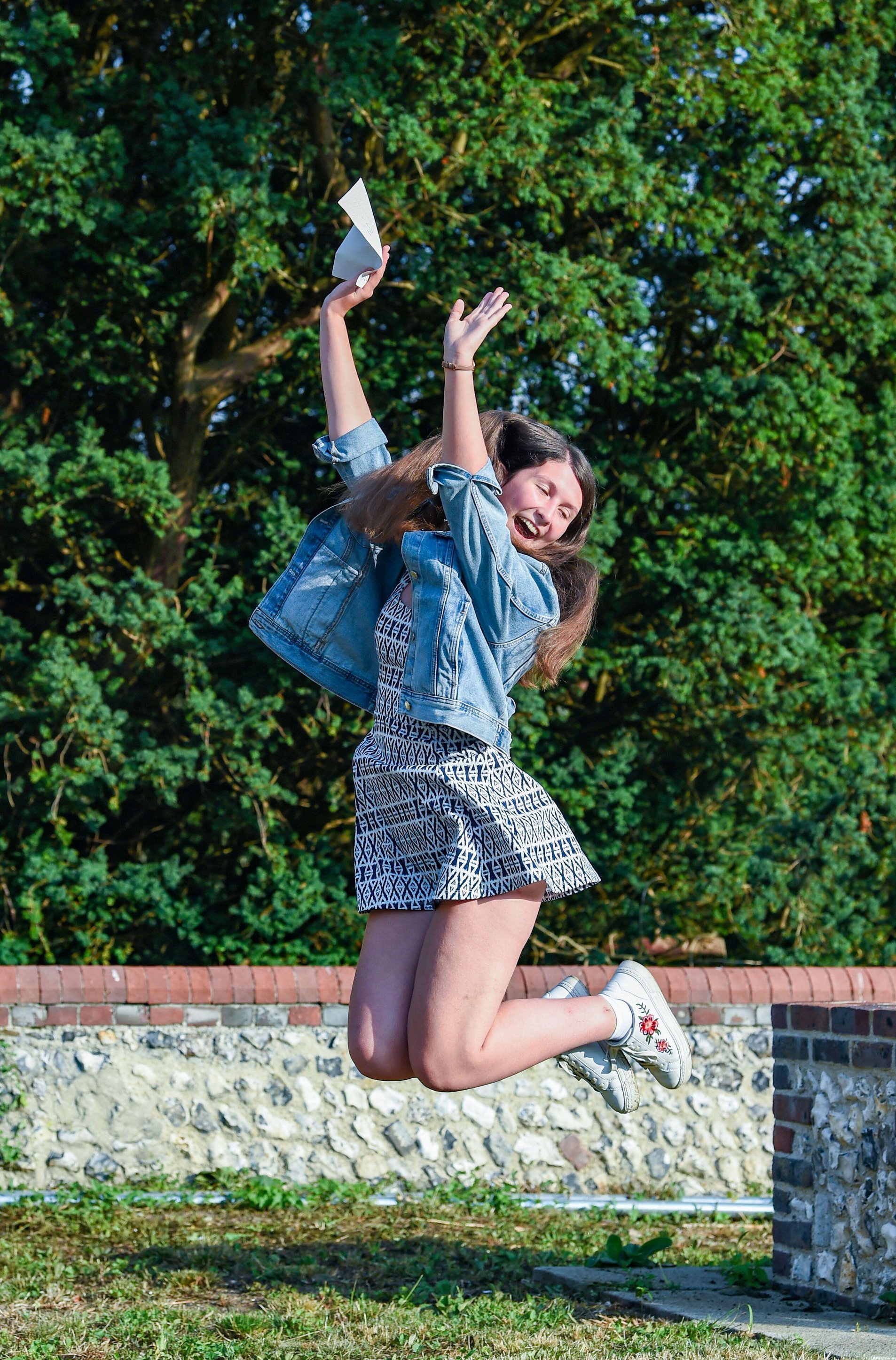 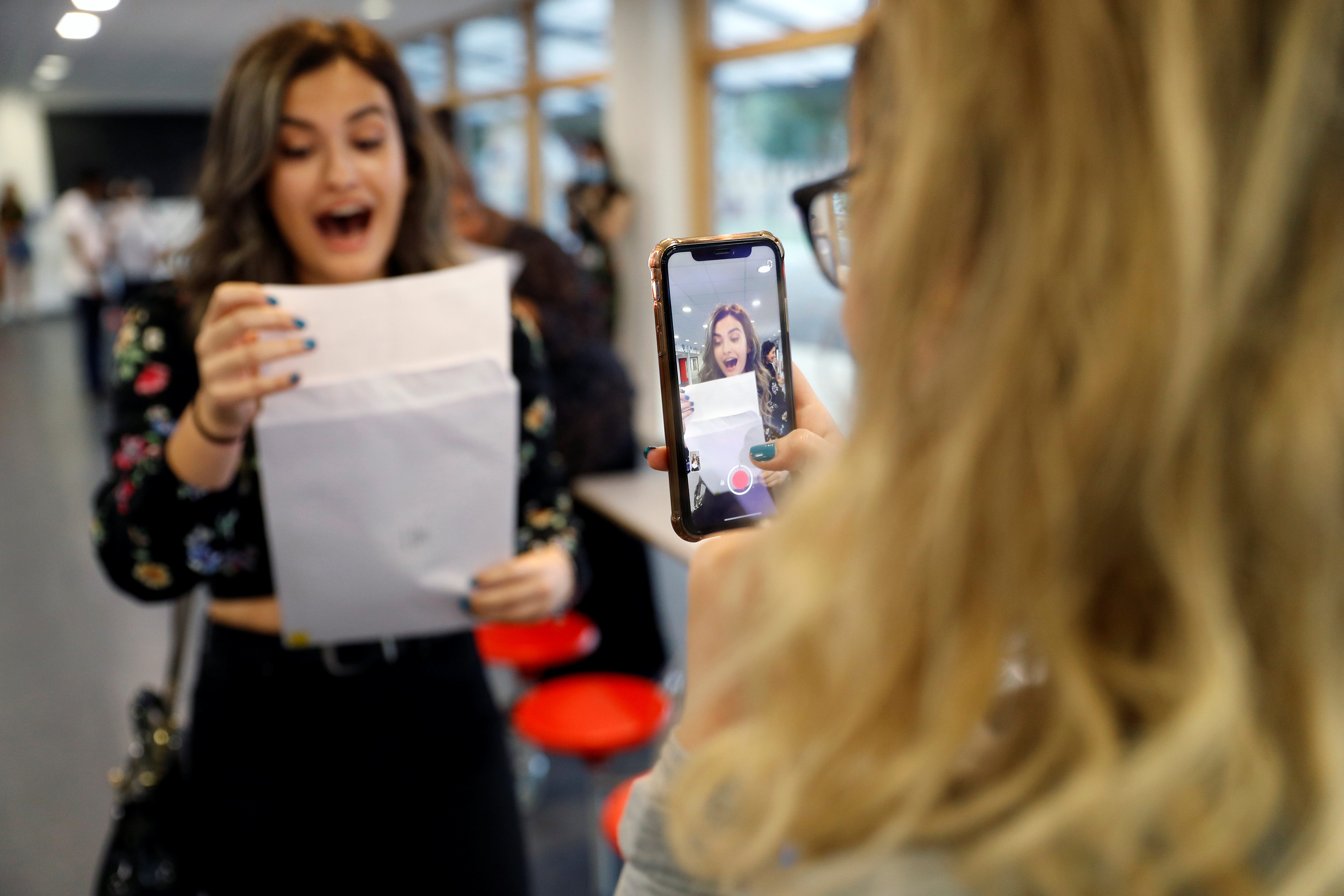 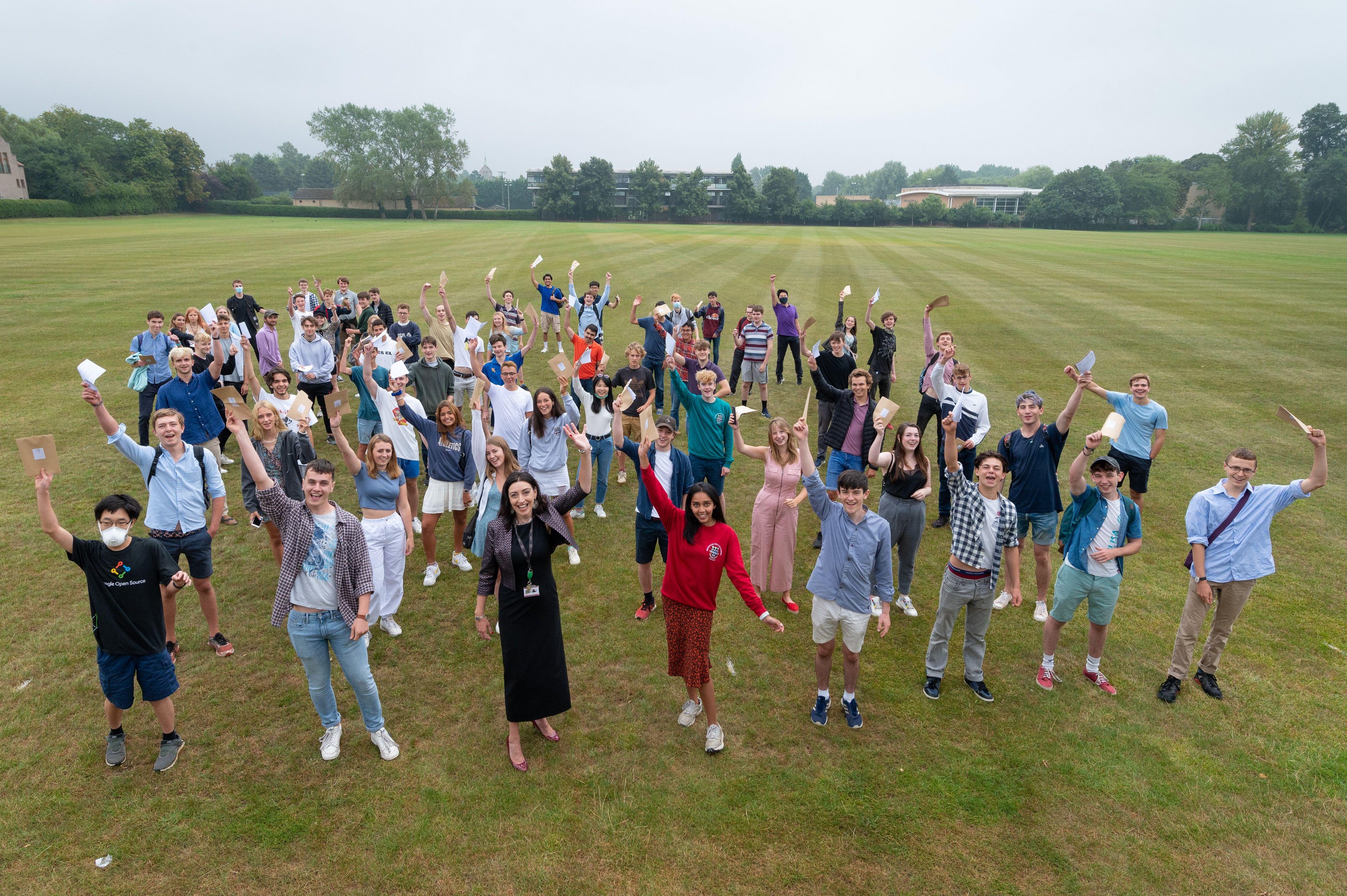 Mr Williamson was confronted by Christine Cunniffe, the principal of LVS Ascot.

Ms Cunniffe said she had seen some of her top students downgraded by two grades as a result of the system put in place by the Government for moderating exam results in England.

She urged the Education Secretary to follow the example of Scotland and abandon the system, saying students had "been through enough".

But he told the show:: “Well, overtime they [students] are in competition and you have to have some consistency in terms of grades. We have to be sure that we maintain standards…

"Not having standards, not having the same level of consistency, we’ve had some schools, for example, that have put every child in as either an A or an A* or B.”