The PM tonight revealed that the five tests for easing the nation had finally been met, meaning he can ease some of the nation's strict restrictions. 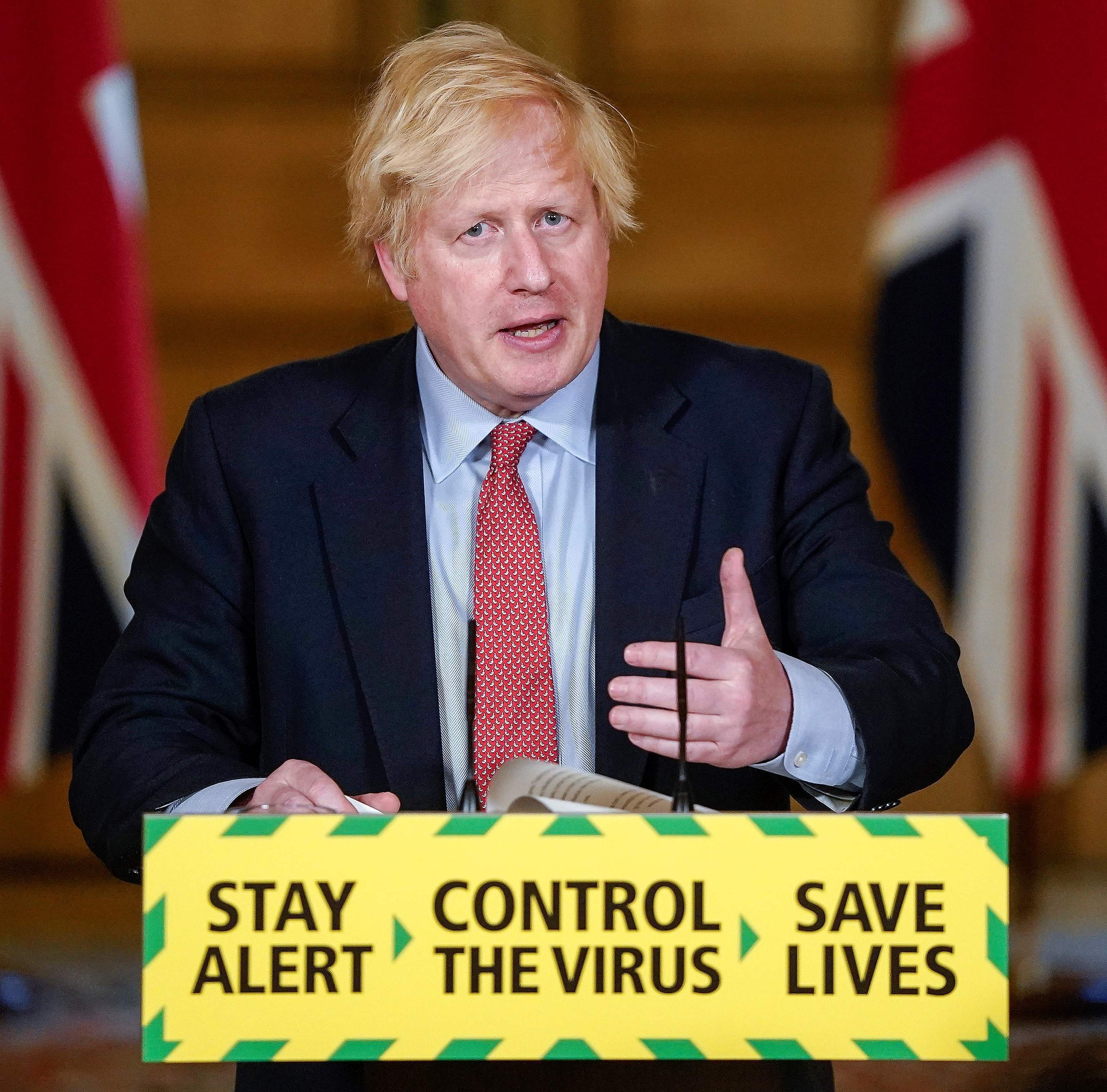 After months of lockdown, groups from different households will be able to meet up – as long as it is outside.

It means the nation can finally get the beers out and crank up the barbecue in the garden.

At the moment only two people can meet up outside, but as The Sun revealed this week, multiple households will now be able to have BBQs and garden parties to make the most of the beautiful weather.

The PM said he can throw off the harshest shackles of the lockdown because Brits have done so well at battling the virus.

And he hailed the launch of the new test and trace system as the reason the country could finally start trying to get back to a new normal.

Speaking at the Downing Street briefing today, he said: "From Monday we will allow up to six people to meet outside provided those from different households continue strictly to observe social distancing rules – staying two meres apart.

"At the moment people can meet in parks but not in private gardens.

"There is no difference in the health risks, so we will now allow to meet in gardens and other private outdoor spaces.

"These changes mean that friends and family can start to meet their loved ones – perhaps seeing both parents at once or both grandparents at once.

"For many people I know this will be a long awaited and joyful moment."

But he urged people to "avoid seeing people from too many households in quick succession" to make sure the virus does not continue to spread.

And he said that those who are extremely clinically vulnerable and have been ordered to stay inside, will have to do so for even longer.

The current R rate is somewhere between 0.7 and 0.9, Patrick Vallance said tonight.

The numbers of people infected are "coming down" but "not fast", he said.

The PM wants to slowly get Britain back to normal over the next two months – but as long as everyone can still remain a safe distance apart.

Today is the date of the three-week review period, where ministers have to by law look again at the coronavirus laws.

The news comes as England's test and trace system comes into force today, which Boris has said means the country can lift lockdown measures for most people.

However, the changes will only come into play in England – as Scotland is following different rules. 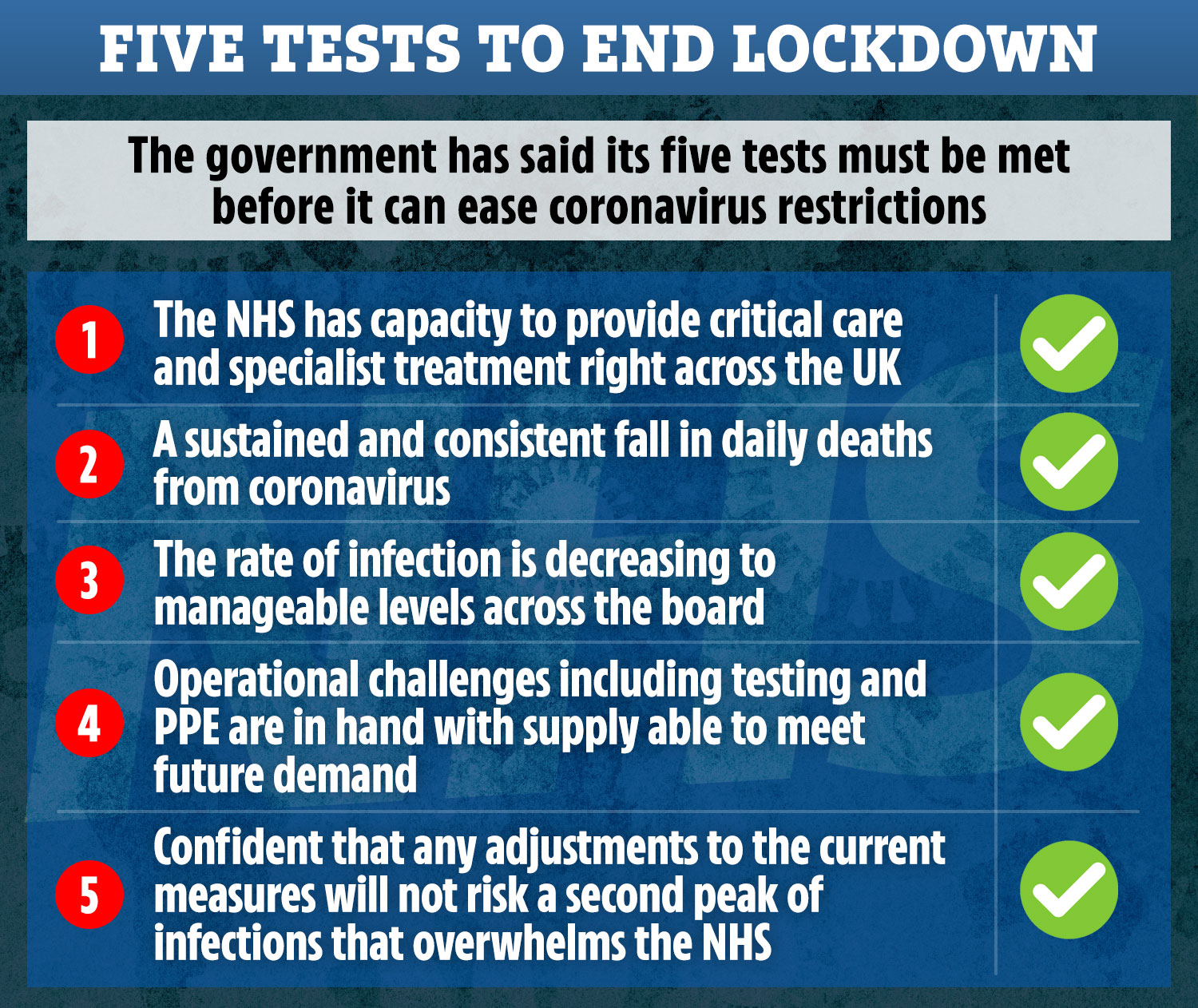 It means anyone who gets symptoms will be told to take a test and self-isolate at home.

They will then be asked to hand over details of everyone they have been in close contact with in the last 48 hours.

Those people will then be ordered to stay home for 14 days to make sure they don't pass on the virus.

Close contact is defined as within two metres for at least 15 minutes.

But already the scheme is off to a shambolic start – with tracers saying they were only told the system was going live last night.

Boris, groups, Johnson, O, reveals
You may also like: