Boris Johnson is planning a radical overhaul of the NHS amid government frustration at the role of the health service’s chief executive Simon Stevens during the coronavirus pandemic, it has been claimed.

To do so, the PM has set up a new taskforce to come up with plans for ministers to regain more direct control over the NHS, after ceding it in 2012, and ‘clip the wings’ of Stevens.

The taskforce is made up of senior civil servants and advisers from Downing Street, the Treasury and the Department of Health and social care.

There has been government frustration, particularly on the part of Health Secretary Matt Hancock, at Stevens’ role during the battle against coronavirus.

The restructuring intends to make Stevens more accountable for how he runs the service, while ensuring power is transferred to the Department of Health.

They are also reported to be frustrated at worsening NHS waiting times and the poor state of finances. 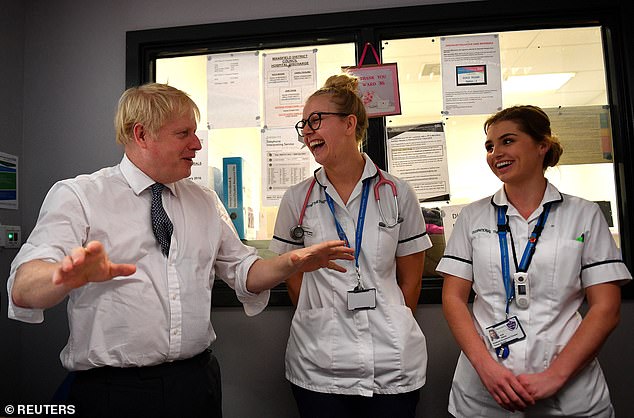 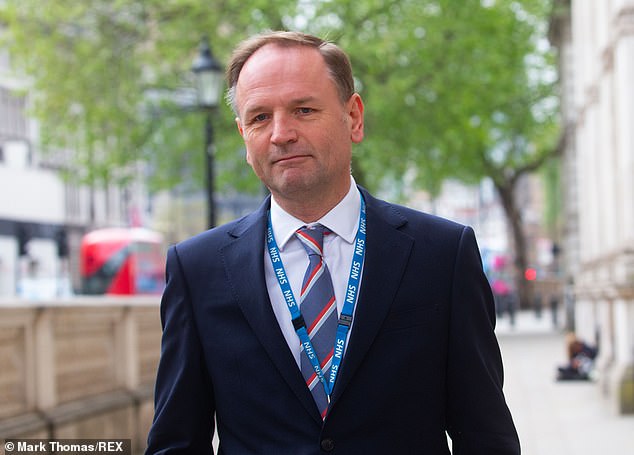 A source told the Guardian: ‘The options put forward to the prime minister will be about how the government can curb the powers of NHS England and increase the health secretary’s ‘powers of direction’ over it, so that he doesn’t have to try to persuade Simon Stevens to do something.

‘Matt Hancock is frustrated [by] how limited his powers are and wants to get some of that back.’

Ministers are keen to ‘clip Simon Stevens’ wings’, sources said, with the Treasury particularly irritated at treatment waiting times continuing to worsen and many hospitals remain unable to balance their budgets, despite record funding.

Dominic Cummings is not a member of the taskforce but William Warr, the Prime Minister’s health adviser, is.

The taskforce’s creation follows tension between NHS England and the government amid the pandemic on issues such as the testing of patients and NHS staff, and shortages of personal protective equipment.

Sources close to the health secretary say he believes that Stevens has been ‘invisible’ and unhelpful during the pandemic and is not accountable enough.

Amid the proposed changes, ministers could abolish the foundation trusts introduced by Tony Blair to give the Department of Health more control over the day-to-day running of the NHS.

There are also proposals to look at turning integrated care systems, currently voluntary groups of NHS bodies, into legal entities with budgets of billions. 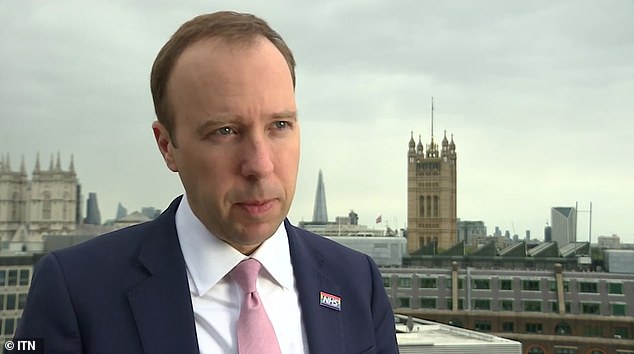 There has been government frustration, particularly on the part of Health Secretary Matt Hancock, at Stevens’ role during the battle against coronavirus

This would add dozens of powerful new bodies into the NHS which will be tasked with tackling staff shortages and managing finances.

In the summer, the taskforce will present the prime minister with a set of detailed options to achieve to limit Stevens’ influence, which will be followed by a parliamentary bill.

However, the proposed restriction have led to alarm from some experts who think it could destabilise the NHS.

Richard Murray, the chief executive of the King’s Fund thinktank, said: ‘Any large-scale reorganisation of the NHS comes at a high price as they distract and disrupt the service and risk paralysing the system.’

The proposed NHS overhaul comes amid plans for other reforms, including to universities and the military.

Boris, Johnson, powers, seize, to
You may also like: