Brazil is sending armed forces to keep order at the Venezuelan border as thousands continue to flee the South American country amid economic collapse and food shortages.

Temer has today signed a decree to deploy troops to the border state of Roraima, saying their aim is to keeping order and ensuring the safety of immigrants. 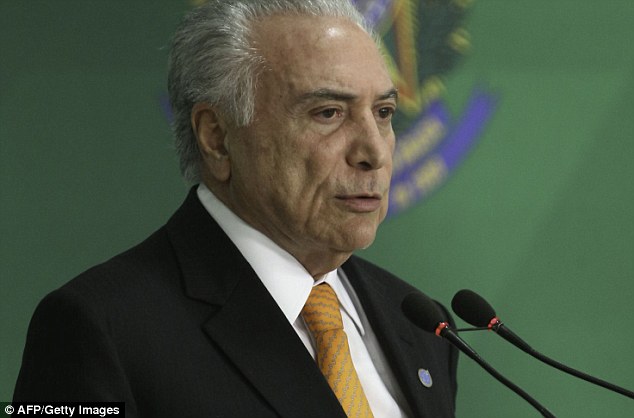 Taking action: Brazil’s President Michel Temer has deployed armed forces to the border to keep the peace as thousands continue to flee Venezuela

‘The problem of Venezuela is no longer one of internal politics. It is a threat to the harmony of the whole continent,’ Temer said in a televised address.

The exodus of Venezuelans to other South American countries is building toward a ‘crisis moment’ comparable to events involving refugees in the Mediterranean, the United Nations said this week.

The decree, published in the government’s official gazette, did not give more details on the risks, but health authorities have previously expressed concerns about the spread of diseases such as measles and malaria from migrants.

Top immigration officials from Peru, Colombia and Brazil are currently meeting in Colombian capital Bogota for a summit to discuss how to cope with the influx from Venezuela. 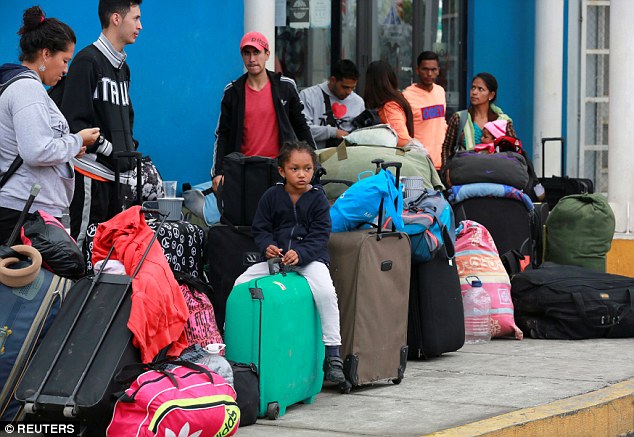 Leaving: Venezuelan migrants queue at the Binational Border Service Center of Peru at the border with Ecuador, in Tumbes, Peru 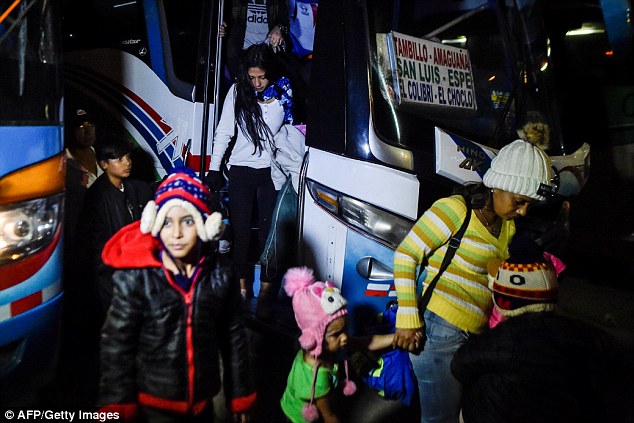 Crisis: Venezuelan migrants arrive in Huaquillas, Ecuador on the border with Peru, after the Ecuadorian authorities  opened up a ‘humanitarian corridor’ to facilitate the passage of Venezuelans to Peru

There are close to one million Venezuelans now living in Colombia and more than 400,000 in Peru, the countries said in a joint statement after the meeting on Tuesday. Just 178,000 of those in Peru have legal permission to stay or are being processed.

In an attempt to track arrivals and distribute aid, Colombia and Peru said they would share information about migrants in a database.

Maduro has warned migrants they face difficult conditions abroad and invited them to return home.

On Tuesday, Venezuela said it had repatriated 89 citizens who had migrated to Peru but sought to return after suffering ‘cruel treatment.’

‘They listened to the siren call from abroad … and all they found in Lima was racism, disdain, and persecution,’ Maduro told a news conference.

He said Venezuelans should stop leaving the country to clean toilets and return to the ‘country of opportunity.’

Oscar Perez, an activist who works with Venezuelan migrants in Peru, said the repatriation was a publicity stunt by the Venezuelan government.

An official at Peru’s Foreign Ministry declined to comment on the repatriation, saying the country was focused on regional solutions to address the situation. 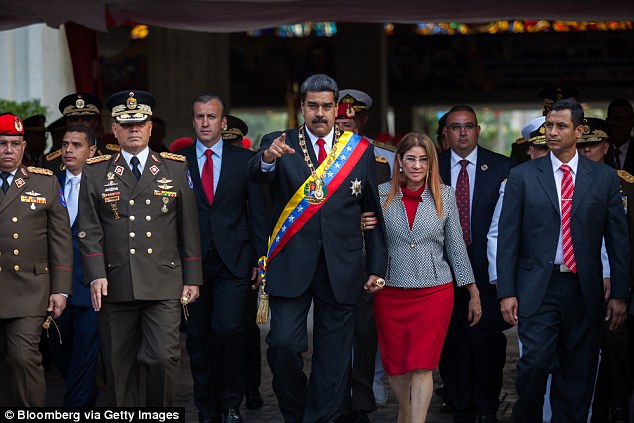 This month, Peru and Ecuador began requiring passports instead of national ID cards from Venezuelan migrants. Peru has also tightened deadlines for Venezuelans to sign up for a temporary residency card that lets them work in the country legally.

On Saturday, the first day Peru imposed its passport rule, the number of Venezuelan migrants entering the country fell by more than half to 1,630, according to Peru’s immigration agency. But hundreds more without passports entered the country by seeking asylum.

Foreign ministers from Ecuador and Colombia, and possibly Peru and Brazil, will meet to discuss Venezuelan migration in Ecuador next week, said Christian Kruger, the head of Colombia’s migration agency.

Venezuela’s information minister, Jorge Rodriguez, said on Friday that a new package of economic measures meant to address hyperinflation would win over Venezuelans who had left the country.

Last Monday, the government cut five zeros from prices and pegged the country’s currency to an obscure state-backed cryptocurrency.

Critics slammed the plan as inadequate in the face of inflation that topped 82,000 percent in July and is expected to reach 1 million percent this year.

‘The conclusion is that Venezuelans are going to return and furthermore we invite them to return because we need them for this recovery plan,’ Rodriguez told a news conference.

army, border, brazil, sends, Venez
You may also like: