Goiania: Chief Aritana Yawalapiti, one of Brazil's most influential indigenous leaders who led the people of Upper Xingu in central Brazil and helped create an indigenous reserve there, has died from COVID-19.

His death underscores the threat that Brazil's indigenous people are facing from the coronavirus pandemic that has spread to their vulnerable communities, infecting thousands and killing hundreds. 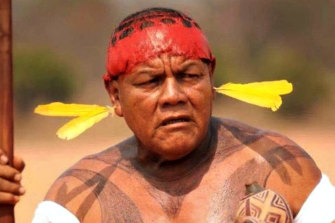 Victim of COVID-19: Aritana Yawalapiti, indigenous chief of the Yawalapiti people of the Xingu, Amazon state, in Brazil.

One of the most traditional indigenous leaders in Central Brazil, Aritana led the people of the Upper Xingu and was one of the last speakers of the language of his tribe, Yawalapiti.

He worked with the indianist Villas-Bôas brothers to create the Xingu National Park, the first vast protected indigenous area in the Amazon where 16 tribes live.

Aritana, 71, was rushed to a Goiania hospital two weeks ago in the state of Goias, in a risky nine-hour drive from the western state of Mato Grosso, breathing with the aid of oxygen tanks so that he could get to an intensive care unit. He died at the hospital from lung complications caused by the disease.

His doctor Celso Correia Batista, who serves the indigenous people in the Xingu region, first drove Aritana 10 hours to the small town of Canarana, where his lung condition deteriorated.

With no ICU available and unable to find a doctor willing to transport Aritana by air, Batista decided to drive on to Goiania.

His death came on the same day the country's Supreme Court ruled that President Jair Bolsonaro's government must adopt measures to stop the virus spreading to vulnerable indigenous communities. 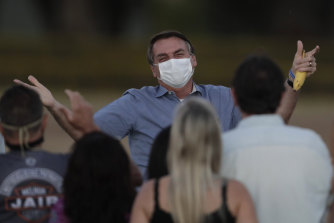 A majority of the justices voted to give the government 30 days to draw up a plan to reduce the threat to indigenous people from COVID-19, which could wipe out some tribes.

Measures should include sanitary barriers to stop outsiders entering protected tribal lands and the isolation of invaders, but the court stopped short of ordering the immediate expulsion of illegal loggers and miners that indigenous leaders say are spreading the virus.

The action was sought by Brazil's main indigenous umbrella organisation APIB, backed by six opposition political parties that have criticised Bolsonaro for denying the gravity of the worst coronavirus outbreak outside the United States.

APIB says 631 indigenous people have died from COVID-19 and there have been 22,325 confirmed cases in the community so far.

The Ministry of Health reports a smaller number of 294 deaths among indigenous people and 16,509 confirmed cases, because it does not count indigenous people who have left their lands and moved to urban areas.

Half of Brazil's 300 indigenous tribes have confirmed infections. The country has recorded more than 97,000 deaths from 2.8 million confirmed cases.