Brexit trade deal will lessen, but not kill, the economic pain

Britain has clinched a last-minute trade agreement with the European Union that will preserve its zero-tariff and zero-quota access to the bloc's single market of 450 million consumers.

But it is a thin deal that will not prevent economic pain and disruption for the United Kingdom or for EU member states, and many aspects of Britain's future relationship with the EU remain to be hammered out, possibly over years. 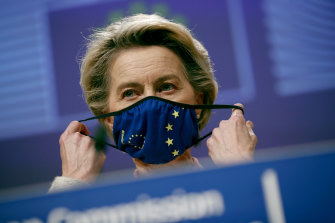 The UK government's Office for Budget Responsibility (OBR) forecast that, with a deal, Britain would see a loss of output of around 4 per cent over 15 years compared to remaining in the EU.

That presumes a "hard Brexit" of the kind now agreed – a sharp rupture compared with previous divorce proposals, and not much better in economic terms than a "no deal", which the OBR said would have led to a further reduction in output of 2 per cent initially and 1.5 per cent through to 2025.

"A 'No Deal' is painful because it hits like a tsunami immediately," economist John van Reenen wrote in a London School of Economics blog. "A Hard Brexit Deal is stealthier, domestically abusing the economy over decades."

EU economies will also be hit, though to a lesser degree – even if some, such as Ireland and Belgium, suffer more than others.

Hylke Vandenbussche, a professor at Belgium's University of Leuven, forecast last year that a Brexit with a free trade agreement would imply a loss of 0.38 per cent for the combined economy of the 27 EU countries and a loss of around 280,000 jobs.

Rules on trade, travel and business were frozen during a transition period that followed Britain's formal exit from the EU on January 31. But from January 1, 2021, the UK will sit outside the EU's single market and customs union.

So, although the goods trade that accounts for half the £668 billion ($1.19 trillion) in annual EU-UK commerce will be covered by the zero-tariff agreement, it will no longer be frictionless.

The British government has estimated there will be a fivefold increase in border checks. In a worst-case scenario report, it said 40-70 per cent of trucks travelling to the EU might not be ready for new controls on January 1, possibly causing queues of up to 7000 vehicles and delays of two days.

This will have a big impact on British food supplies, around a quarter of which come from the EU. Retailers have warned there may be shortages of fresh produce such as fruit, vegetables and some meats on supermarket shelves.

There will also be disruption of trade flows on the EU side, especially in the countries nearest Britain, with a big impact on sectors and factories that rely on just-in-time deliveries.

Ireland, the EU country most affected by Brexit, estimated in September that import and export declarations could increase to as many as 20 million per year – a 12-fold increase.

Some goods, including most cars, are still likely to be subject to tariffs because their share of components from outside Britain or the EU exceeds a threshold stipulated by 'rules of origin'.

Wary of the political violence that convulsed Northern Ireland for decades, London and Brussels have created a separate protocol to prevent a hard border from being erected with the Republic of Ireland, which is in the EU.

That in effect keeps the British-run region in the EU's customs union and single market for goods after December 31, and requires checks on goods arriving from inside Britain instead.

This will have a significant impact on the flow of goods and strain traditional supply chains, particularly in farm produce.

Financial services were not part of the trade talks, so blanket access for Britain's vast banking and financial sector to the bloc's single market ends on January 1.

Under a system known as equivalence, access to EU markets will not be granted to banks, insurers and other financial firms based in Britain unless their home rules are deemed by Brussels to be "equivalent", or as robust as regulations in the bloc.

With a trade deal done, Brussels may be more amenable to granting City of London firms more access.

However, with restrictions looming, these have already moved 7500 jobs to new hubs in the EU to avoid disruption to EU-based clients.

Brexit, deal, lessen, trade, will
You may also like: