The vehicle rolled over several times before coming to a stop. 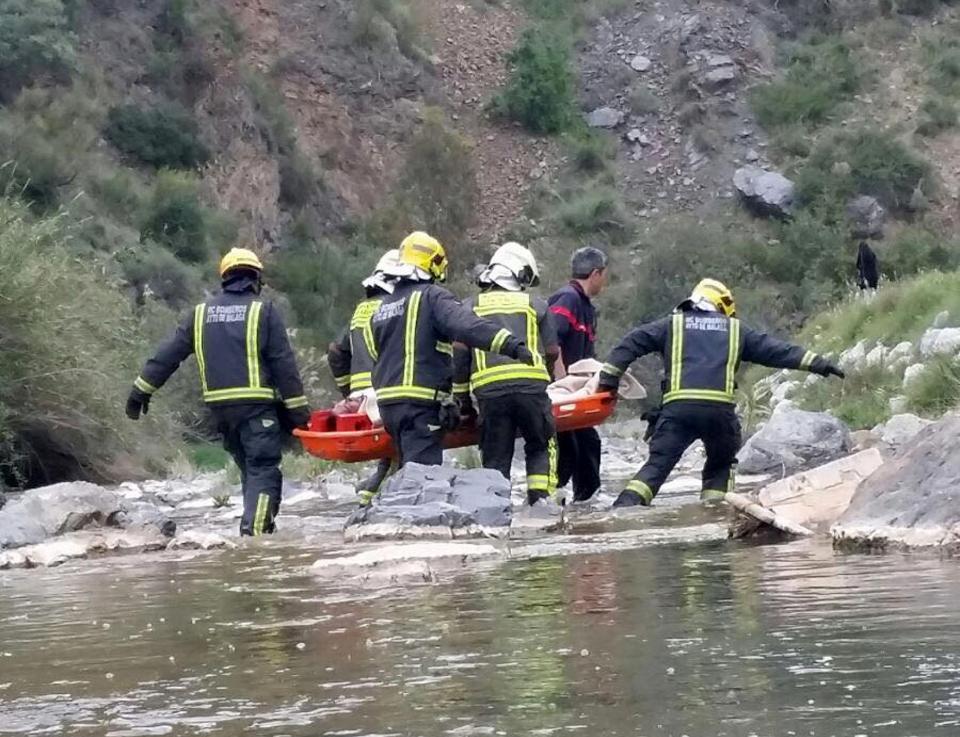 A passing local only alerted the emergency services around four hours later after spotting the wrecked vehicle.

The Brit and another man – a Spaniard who was a passenger in the car – were stretched away from the scene by firefighters and taken to hospital to Carlos Haya Hospital in Malaga suffering injuries including serious head wounds and internal bleeding.

One of the men was thrown out of the vehicle as it plunged down the hillside. It was not immediately clear if he was the Brit driver or the passenger.

The accident is thought to have happened around 4am on a stretch off road just off the A45 linking Malaga to the inland town of Antequera near a restaurant called Venta Cotrina. 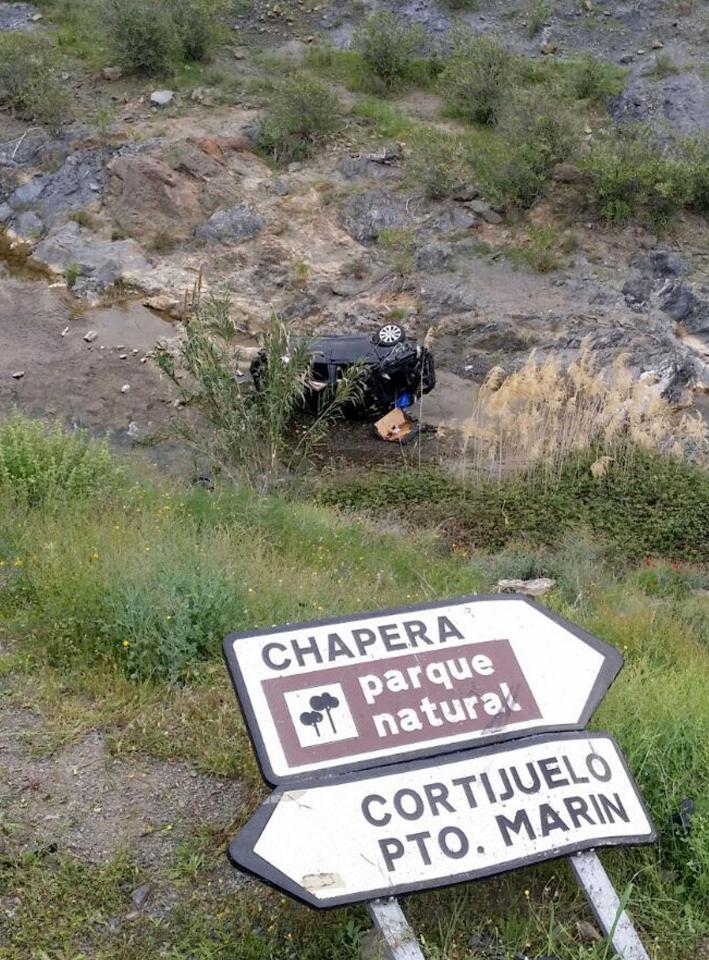 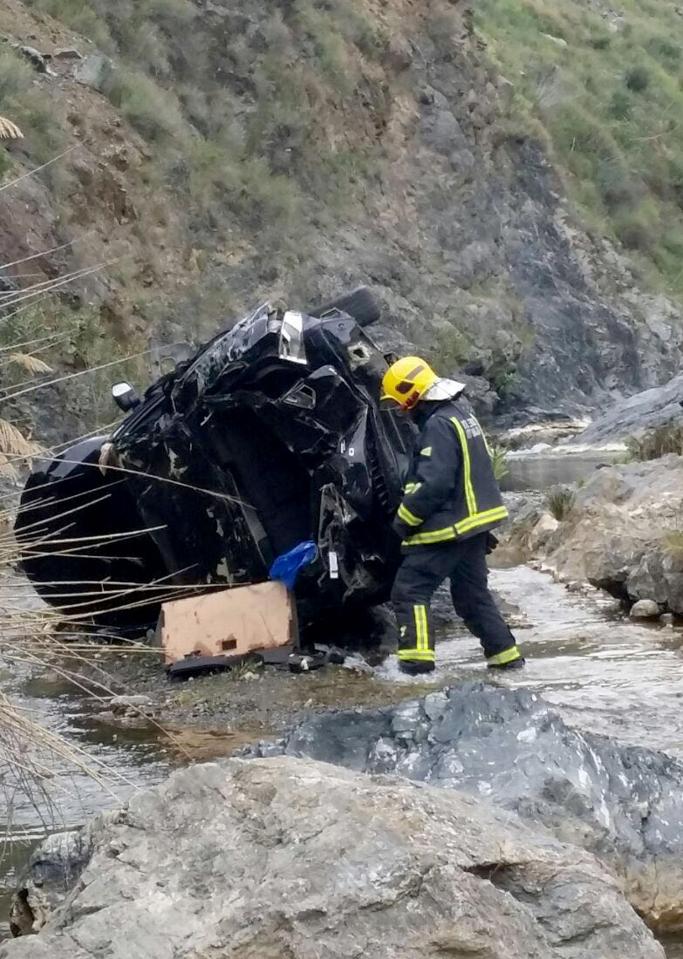 Emergency services received the call about the mangled car around 8.15am from a passing motorist driving along the same stretch of road in daylight.

Dramatic pictures showed firefighters freeing one of the victims from the wreckage of the vehicle before stretchering him away through the shallow river water.

A rescue worker said today: “The accident happened around 4am this morning but it wasn’t till just after daylight that a motorist spotted the wrecked vehicle on the riverbed below the road.”

No-one was immediately available at Carlos Haya Hospital to comment on the condition of the two casualties.

The accident, thought to have happened after the unnamed driver lost control of the vehicle, is being probed by police. 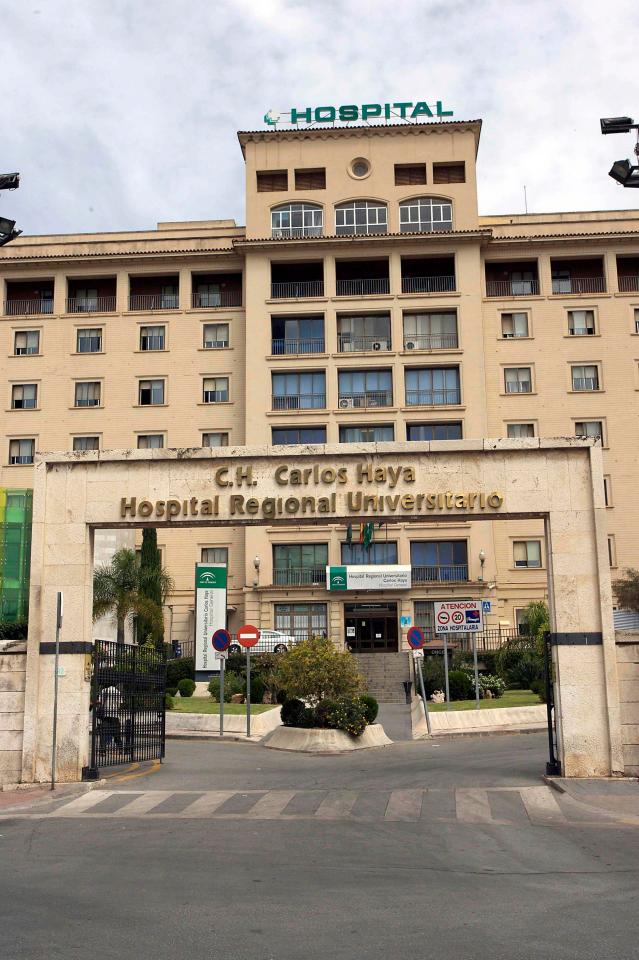