Parts of Britain face an ‘intense’ storm today that could bring lightning, hail and more than an inch of rain.

The Met Office has issued a thunderstorm warning for eastern England running from 11am to 10pm today, while the Environment Agency has issued 18 flood alerts across the country ahead of an ‘unsettled’ week of weather.

Up to 1.2in (30mm) of rain could fall in an hour, or 1.6in (40mm) in two hours, in the East Midlands, North East England, Lincolnshire and Yorkshire – and lightning, hail and gusty winds are all expected to cause disruption.

Temperatures are unlikely to get above 77F (25C) this week, presenting a stark contrast to the six weeks of balmy conditions out-performing the likes of Miami and the Maldives in the UK’s longest heatwave since 1976. 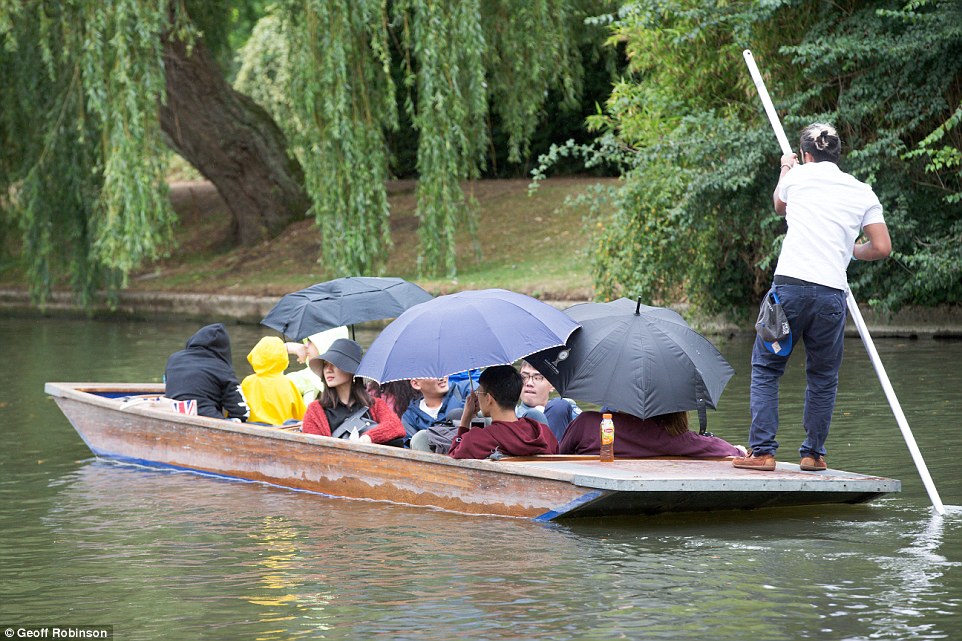 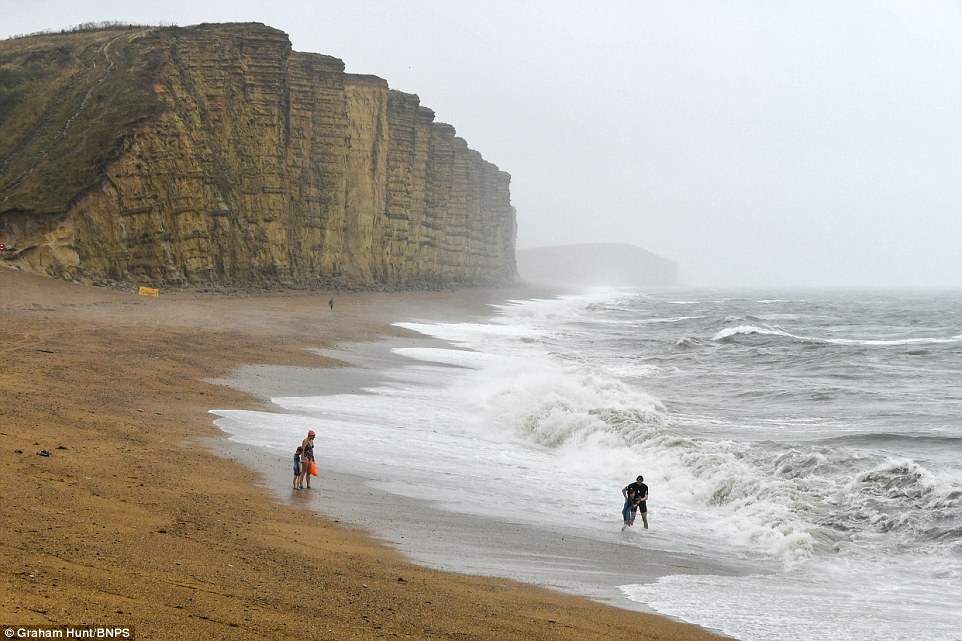 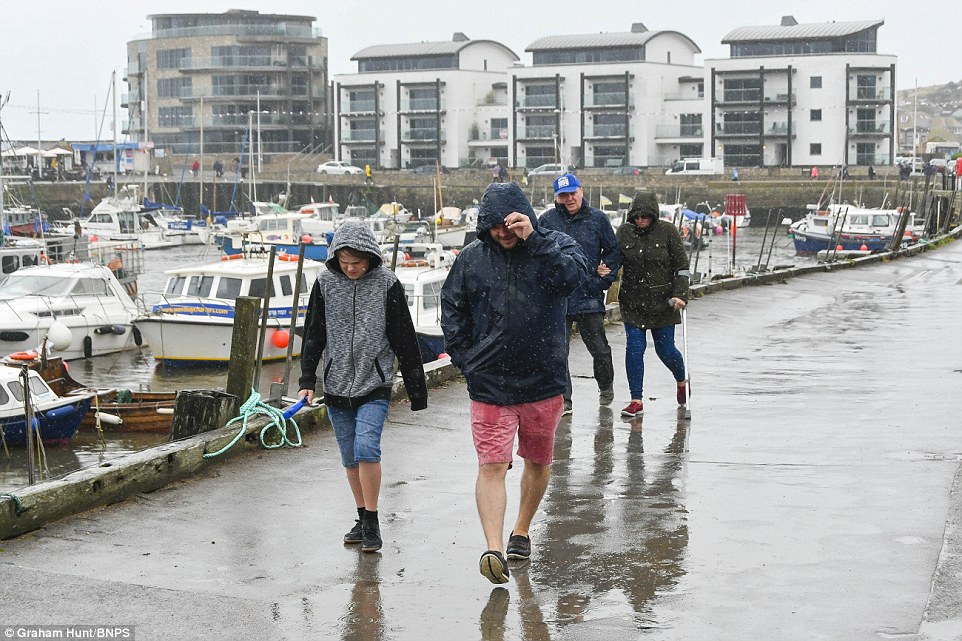 Meanwhile the Met Office warning tells of a chance that homes and business within eastern England could be quickly flooded today – and there are also 18 flood alerts in place today, mostly in western England.

But the heatwave summer isn’t over for good yet, with the Met Office forecasting ‘very warm’ temperatures for the South East next week, and the possibility of conditions being warmer-than-average all the way up to October.

Met Office forecaster Marco Petagna told The Sun: ‘We’ve been spoilt in recent weeks – but summer isn’t finished. The weather is likely to settles down more widely from the weekend, with promising conditions through the week.

‘And from August 25 to September 8, there are signs the prevailing weather pattern will promote more settled conditions across the UK.

‘Temperatures are likely to be above normal, and many areas may become warm or very warm, with an increased risk of hot spells also returning.’ 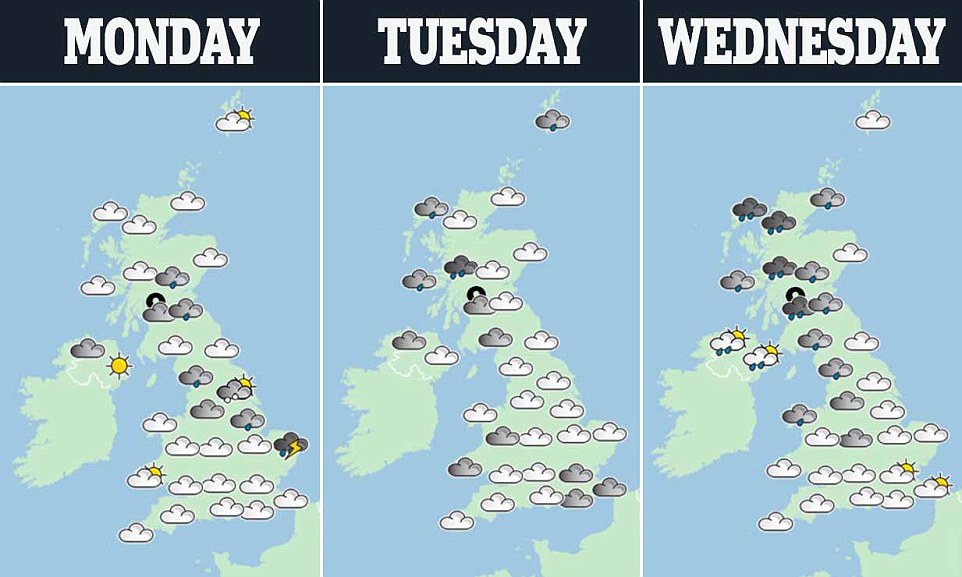 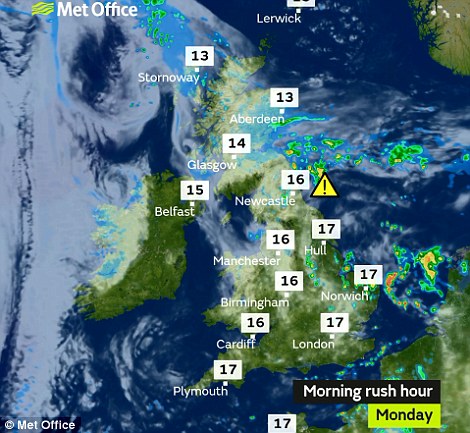 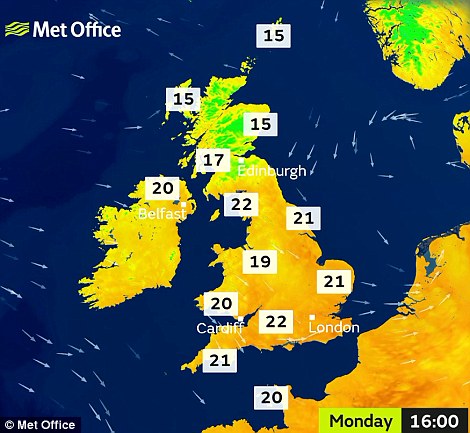 Temperatures are unlikely to get above 72F (22C) in Britain today, with rain forecast during the morning rush hour commute

Luke Miall, a forecaster at the Met Office, said: ‘We’ve got some unsettled weather continuing for the next few days. Quite a contrast really to what much of this summer has seen across the UK.’

‘This is a thunderstorm warning so we are likely to see some pretty intense downpours developing as the skies brighten up. With that we’ll see some heavy rain which could give the risk of some flash flooding.

‘(It could also bring) a risk of spray on the roads, and some tricky driving conditions considering a lot of people may well be out and about given it’s the weekend in the height of the school holidays as well.’

Throughout the day the wet weather will continue to make its way from west to east of the UK and by the afternoon, central, south and south east England will see 1.5in (40mm) of rain. 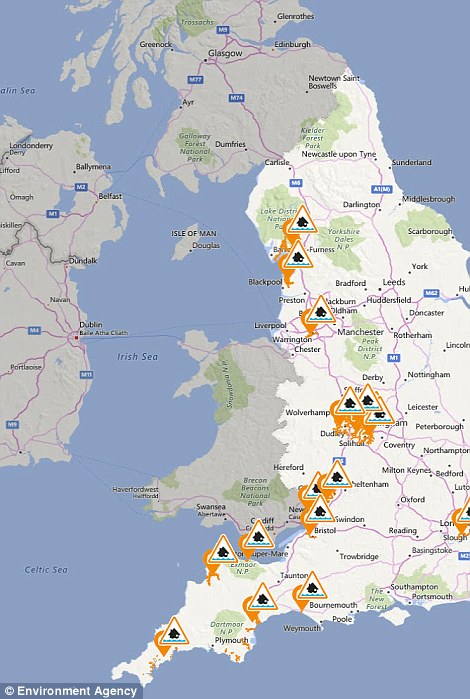 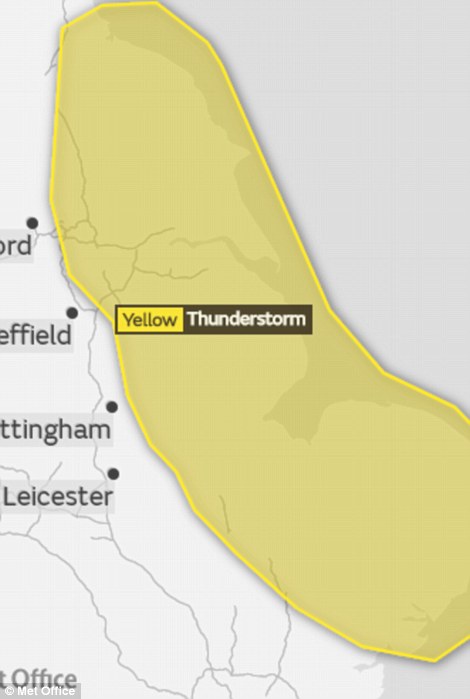 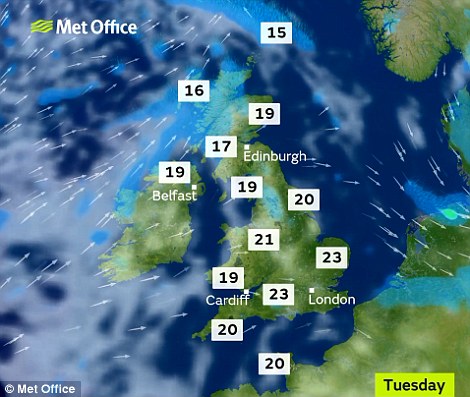 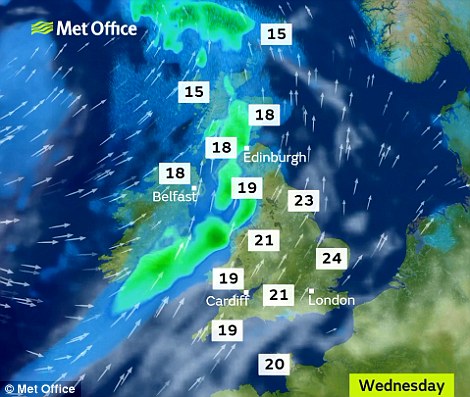 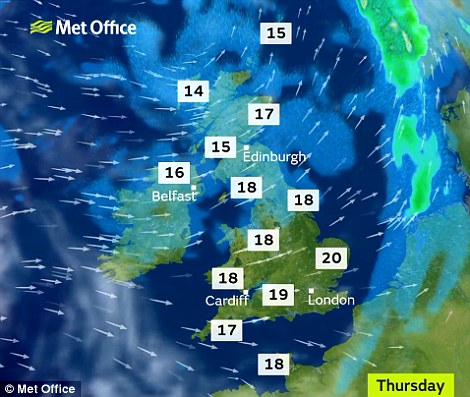 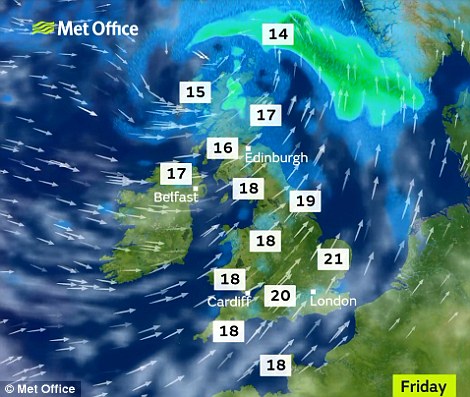 The west will be given a short break from the torrential downpour before picking back up again in the afternoon. The West Midlands will see thunder in parts to add to the wet weather.

The remarkable turnaround in conditions from 92F (33C) heat as recently as Tuesday of last week ended a 47-day consecutive run of somewhere in the UK getting to at least 75F (24C).

The wet conditions have brought some much-needed relief to parts of southern and central England which had spent the equivalent of around two months of 2018 without any recorded rainfall.

South East England clocked up 64 days of zero average rainfall between January and July, while central England had 54 days. The last time both regions had a higher number of rain-free days in this period was the mid-1990s.