Britain unveils first statue of a woman in Parliament Square

London: At long last, it's not all testosterone.

A statue of suffragist leader Millicent Fawcett has been unveiled in London's Parliament Square – the first statue of a woman to reside in the famous square opposite Westminster Palace. 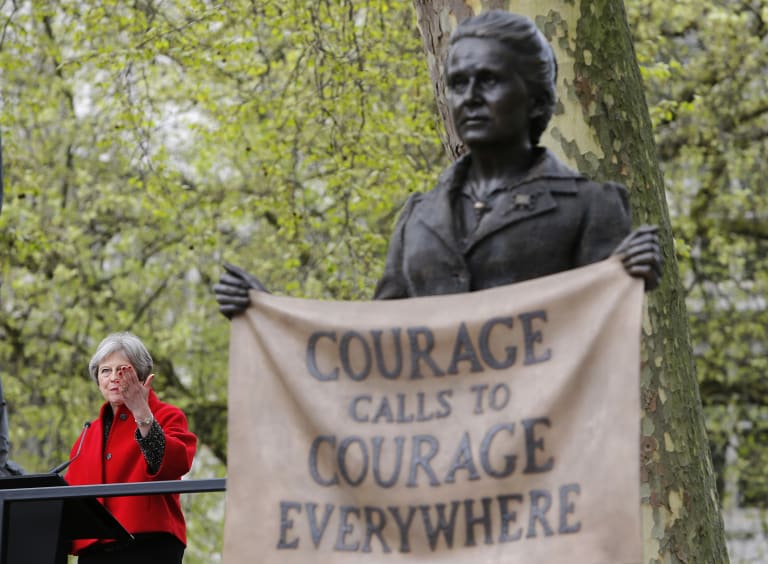 British Prime Minister Theresa May speaks after the unveiling a statue of Millicent Fawcett in Parliament Square, London.

The Fawcett statue joins 11 of men in the square, including Winston Churchill, Nelson Mandela and Mahatma Gandhi.

British Prime Minister Theresa May – Britain's second female leader of Parliament – was at the unveiling and said that she wouldn't be where she was today had it not been for Fawcett, who campaigned for women's right to vote.

"I would not be standing here today as Prime Minister, no female MPs would have taken their seats in Parliament, none of us would have had the right and protections we know enjoy, were it not for one truly great woman," she said, referring to Fawcett. 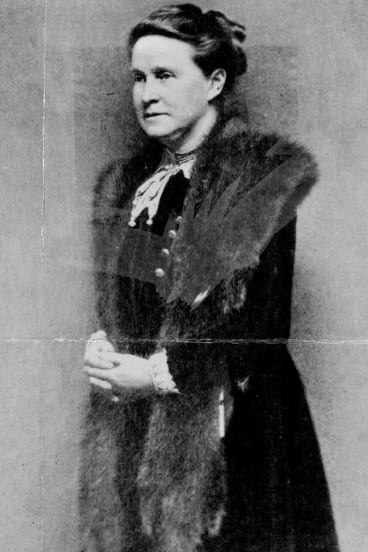 London Mayor Sadiq Khan, who describes himself as a "proud feminist", said he hoped that the statue would be an inspiration to those fighting for gender equality.

He said it was an opportunity to celebrate but also to "take stock and to acknowledge that the original goal of gender equality hasn't been reached.

"It's simply not right that this historic square has been a male-only zone for statues, because statues matter. They are a symbol of our values, the demonstration of the importance we place on hard battles won, both in peace and war, and an expression of who and what we chose to celebrate," Khan added.

Britain is marking the centennial of (some) women getting the right to vote – in 1918, women older than 30 who owned property in Britain achieved that right. It was also the year that women were allowed to stand for election as a member of Parliament for the first time. (The first woman to take her seat in Parliament was Nancy Astor, an American who moved to the UK when she was 26.)

Fawcett was a leading figure in the campaign in the long fight for women's right to vote. Born in 1847 in coastal town of Aldeburgh, Fawcett was interested in women's suffrage, even as a teenager. When she was 19, she organised signatures for a petition calling for votes for women (she was too young to sign it herself). She became well-known as an advocate for peaceful protests and in 1897 became president of the National Union of Women's Suffrage Societies. She also campaigned for equal access for higher education.

She died in 1929, a year after voting rights were extended to all women older than 21.

The new 2.5-metre statue by Gillian Wearing is the first in the square to be designed by a woman. It is holding a placard that reads "courage calls to courage everywhere" – a quote taken from a speech Fawcett gave following the death of suffragette Emily Wilding Davison who was fatally injured at the Epsom Derby horse race in 1913.

Criado Perez said she began the campaign for a woman statue after she went jogging through the square on International Women's Day in 2016 and noticed that all of the monuments were men.

At the unveiling on Tuesday, she said: "Women are still woefully underrepresented, but we are making one hell of a start in changing that."