Britain’s sweltering temperatures are set to plummet next week as thunderstorms bring the heatwave crashing to a halt.

Forecasters predict the searing heat will nose-dive from the low 80s enjoyed this weekend into the 60s from Wednesday.

A North/South divide is also expected to emerge early next week, with heavy rain in the north while the south continues to bask in the sun. 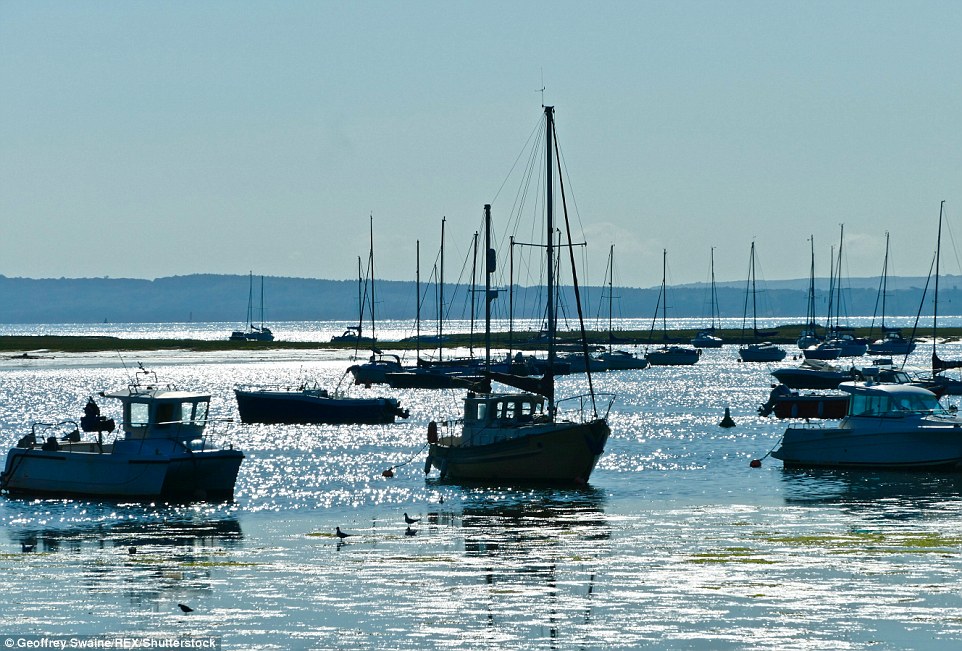 Boats on the shimmering sea at Keyhaven harbour in The New Forest this morning. Forecasters predict the searing heat will nose-dive from the low 80s enjoyed this weekend into the 60s across the UK 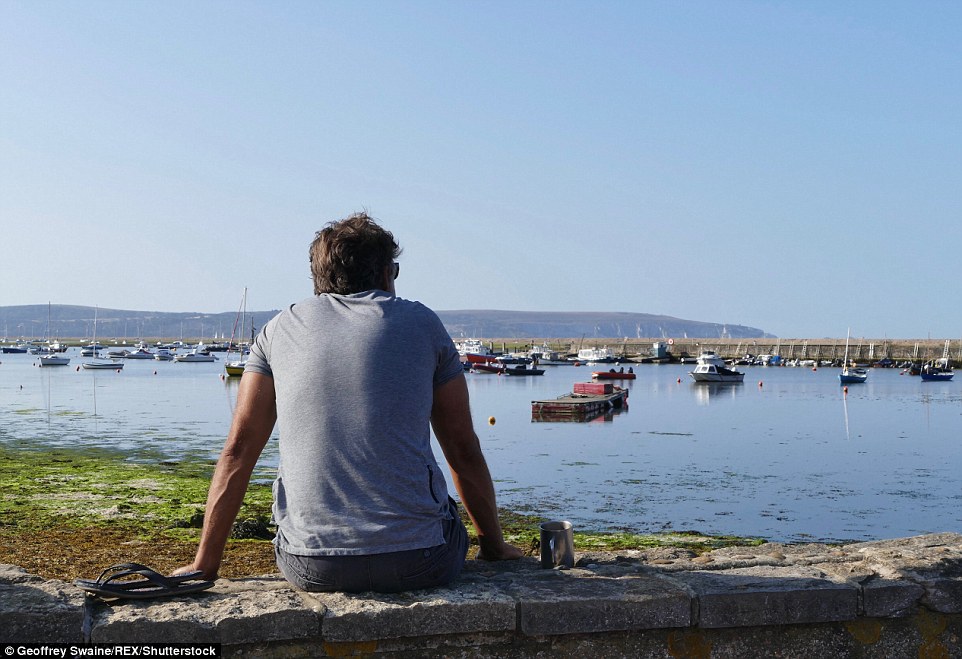 The sun remained hidden at Keyhaven harbour this morning. Fresher weather is predicted next week across Britain, bringing the heatwave to an abrupt end

And the country will continue to roast in 86F today, with dry and hot weather dominating the weather landscape from north to south.

Temperatures will soar from 64F to 82F in London as they day goes on, with the hottest hours between 5pm and 7pm.

The Meteorological Office previously warned that the heatwave could last until October. 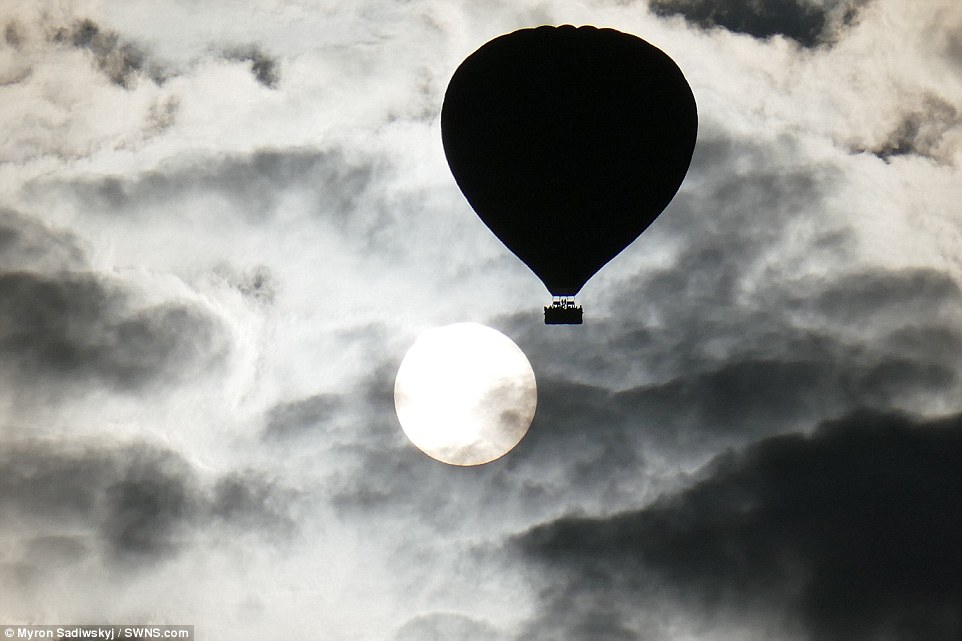 A hot air balloon floats past the sun over the village of Winfarthing, Norfolk, this morning 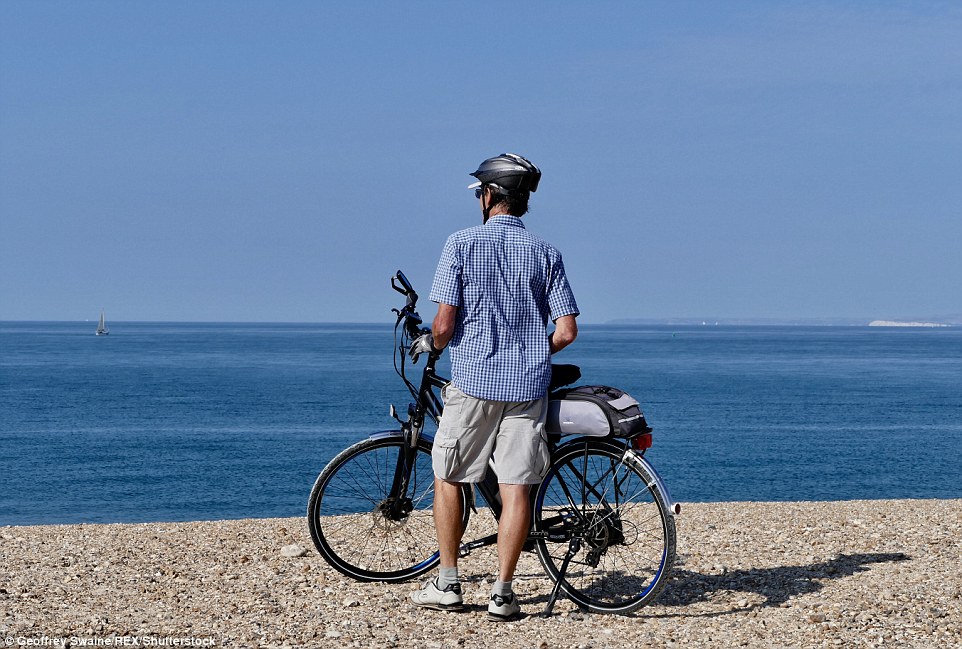 A cyclist takes in the view at Hurst Spit in Keyhaven today as the sun began to rise. The country will continue to roast in 86F today 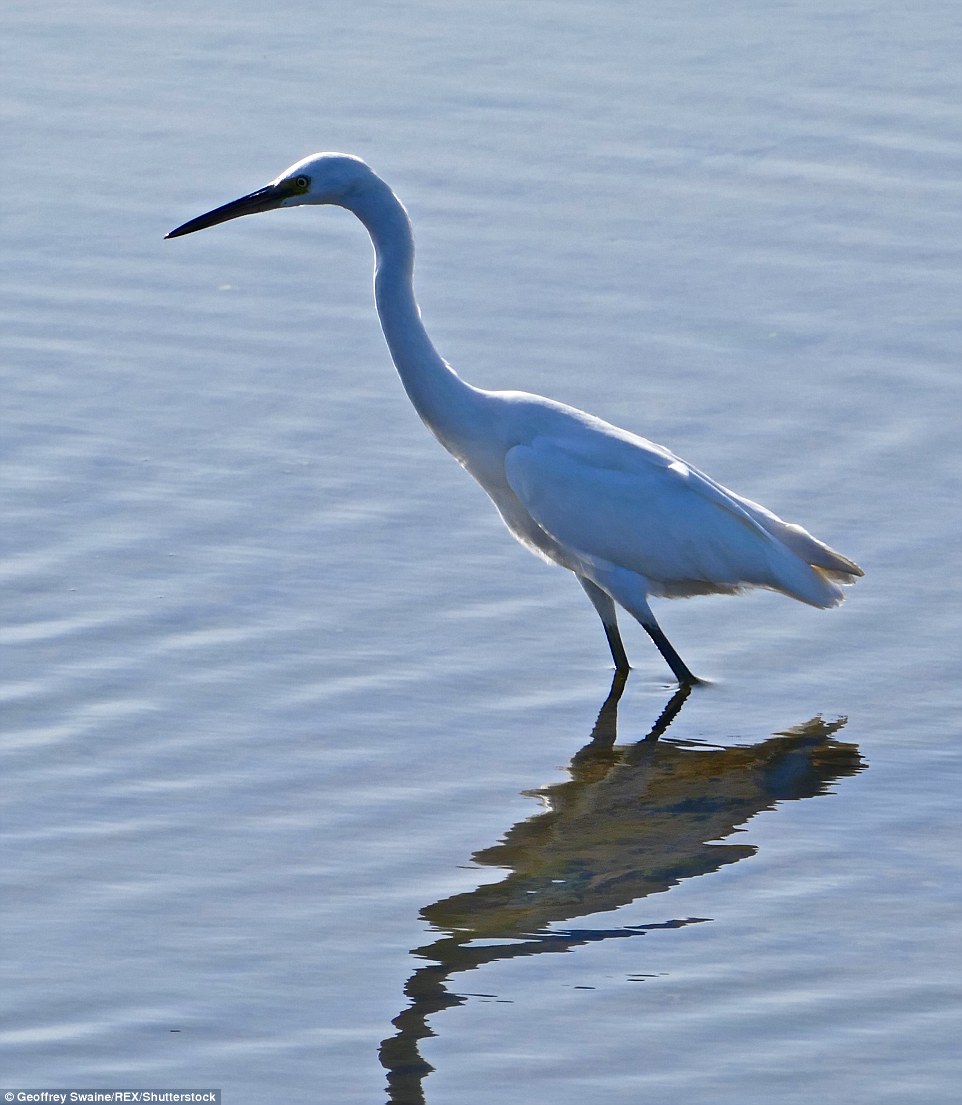 An egret paddles in the sea at Keyhaven harbour this morning, where walkers and cyclists enjoyed the cooler temperatures as the sun started to rise

Becky Mitchell from the MET Office said: ‘Today it will be dry and sunny across the bulk of England and Wales with possible rain overnight, mainly for Scotland, with highs of 84F possibly 86F.

‘There will be a North/South split on Monday with potential for heavy rain in the north but staying dry, sunny and hot in the south with highs of 86F.

‘The South East will be hot into Tuesday with potential thunderstorms.’

Mid-week it is looking ‘considerably fresher’ with temperatures dropping to the high 60s. 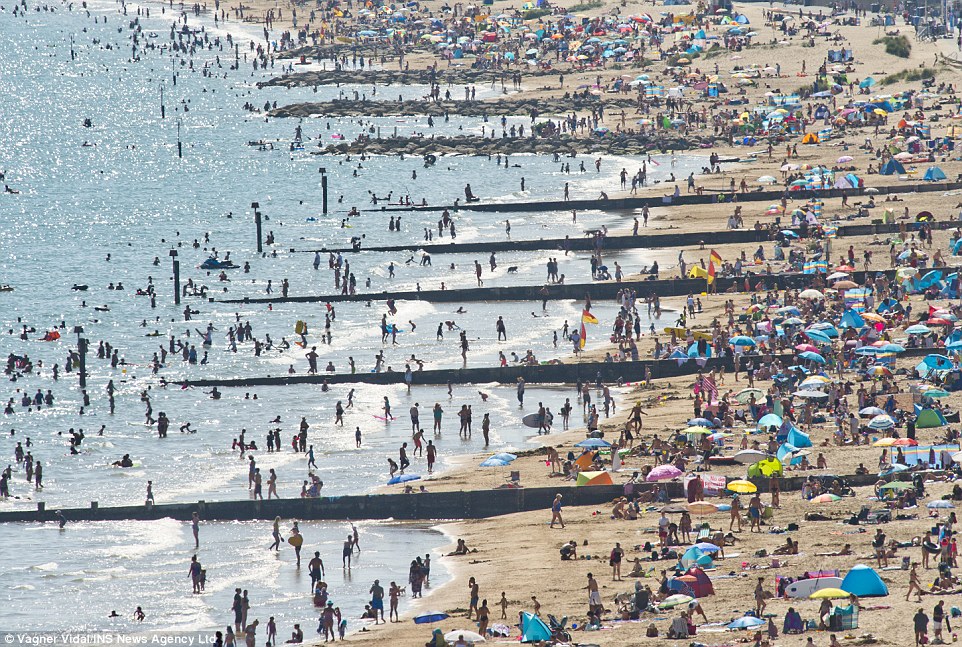 Sweltering temperatures in Bournemouth have seen a significant boost to the town’s tourism, with some 100,000 people visiting the beach every weekend

Bournemouth in particular has been benefitting from the boiling weather this summer.

The seaside resort has hit its annual income target for beachfront attractions four months early thanks to the heatwave, with hotels and restaurants enjoying as much as a 40 per cent upturn in trade.

One hotelier even said his guests are starting to reserve pool-side sunbeds by getting up early to put their towels down like in Spanish hotels.

It is estimated that 100,000 people are currently visiting Bournemouth every weekend. But the scorching temperatures have taken their toll in some parts of the country.

In Norfolk, organisers of Sheringham Carnival have decided to scrap the firework display and torchlight procession tonight because of fears that the hot, dry weather will lead to wildfires breaking out.

They have said the annual tradition is too much of a risk to the environment this year. 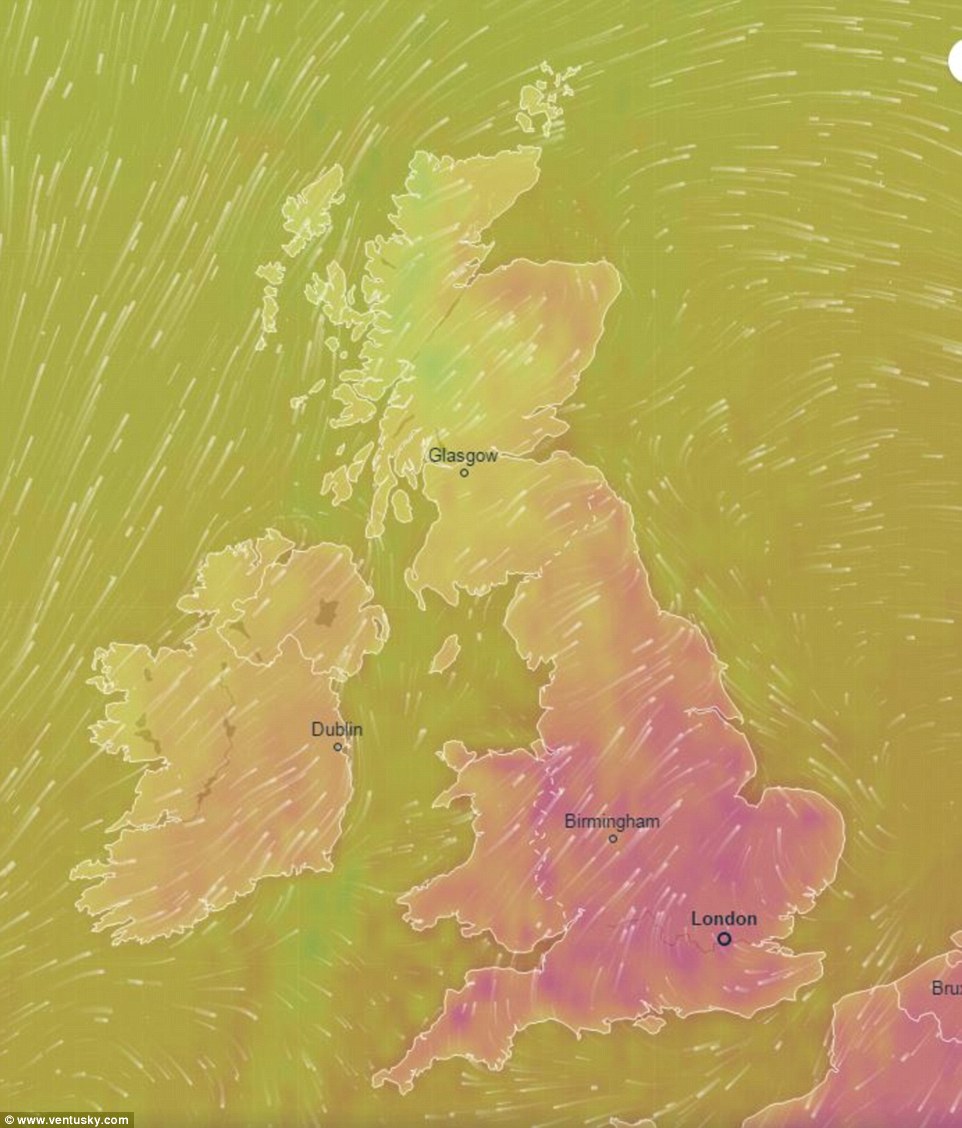