A teenager has revealed how she was forced to smuggle drugs around Britain by gang members who had targeted her online.

Malika Trotman, from Harrow, north London, was abducted on what she thought was a first date with ‘County Lines’ gangster Mahad Yusuf.

She was kept captive for five ‘harrowing’ days after two of the gang members promised her the chance to ‘make some money’ and lured her to Swansea.

Ms Trotman, who was held hostage and threatened with violence, said Yusuf had flattered her and called her ‘pretty’ in a series of messages on Facebook, Instagram and Snapchat, the Sunday People reported. 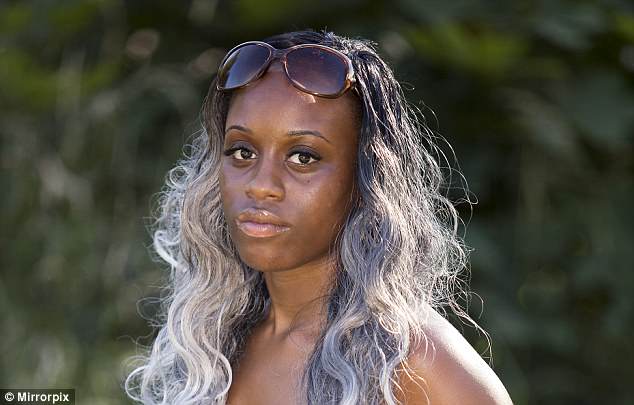 Malika Trotman, from Harrow, north London, was abducted on what she thought was a first date with ‘County Lines’ gangster Mahad Yusuf

Fesal Mahamud, 20, and Mahad Yusuf, 21, were jailed for a total of 19 years in April in a landmark prosecution under the Modern Slavery Act.

Criminology student Ms Trotman told the newspaper: ‘I remember getting a private message on Facebook from Mahad saying how pretty I was.

‘I was only just 19 at the time and I hadn’t had that much attention like he gave me. But when I got into his car, I remember wondering what the other men were doing there.

‘When I tried to back away from the car, they forced me inside and I was sat in the middle between him and another man who restrained me. It was terrifying.’

Mahamud told her: ‘You belong to me now’, before she was driven to a secluded house in Swansea to become one of the gang’s drug mules.

Ms Trotman was then told to hide cocaine and heroin and bring it out whenever the gang received an order. 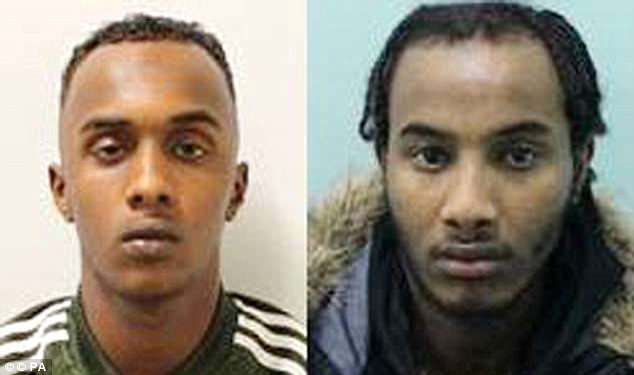 Fesal Mahamud (left), 20, and Mahad Yusuf (right), 21, were jailed for a total of 19 years in April in a landmark prosecution under the Modern Slavery Act

She said she would then be driven to alleyways or have to hand out drugs at the house in Swansea, but police tracked her down after her university reported her missing.

The 19-year-old’s ordeal ended when the home used by the gang in Swansea was raided as part of a joint operation between the Metropolitan Police and South Wales Police.

The two men’s prosecution was the first to target a case of ‘county lines’ drugs trafficking, which uses children as young as 12, in the hope longer sentences act as a deterrent to gang bosses.