British woman, 89, is killed by gas explosion at her Costa del Sol apartment, as injured husband, 88, is found sitting in a chair surrounded by debris

An 89-year-old British woman has been killed in a gas explosion at her Costa del Sol home.

Firefighters who scrambled to the scene this morning at 7am discovered the woman’s body crushed under rubble as they desperately tried in vain to resuscitate her.

The pensioner’s husband was also injured in the blast at the couple’s second-floor apartment in Torre del Mar, to the east of Malaga.

He was found sitting in a chair surrounded by debris from the explosion and was rushed to hospital, but is not thought to have been seriously injured. 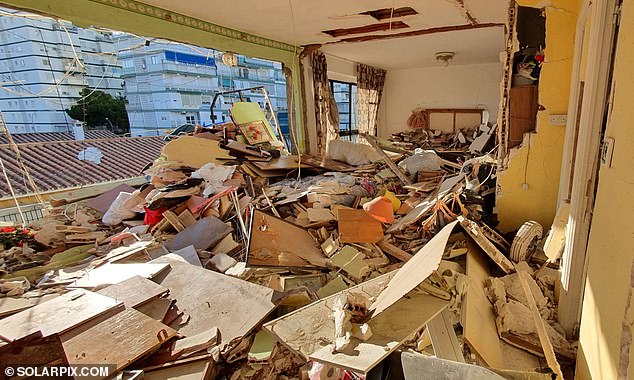 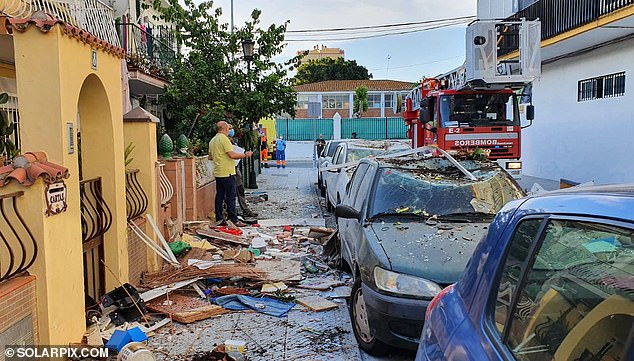 Close to an entire wall was demolished in the gas explosion, which happened this morning at around 7am 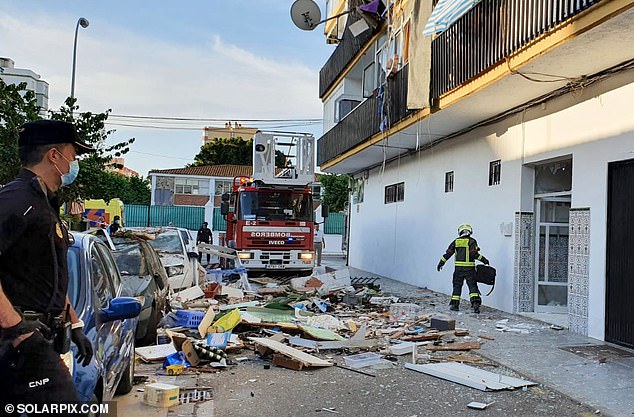 The flat was wrecked by the explosion, which caused colossal damage to cars parked outside and other properties in the four-storey block and led to residents being evacuated.

Astonishing pictures from the scene of the devastation showed firefighters trying to clear bricks and other debris from the apartment and ensure it was made safe to reduce the risk of further structural collapse.

Cars can be seen with smothered in and with roofs caved in from debris in the blast.

Authorities confirmed the survivor is an 88-year-old Brit and sources said the dead woman, who has not been named, was a British national.

Neighbour Jose Manuel Garcia described how he was sleeping when he was woken by the explosion, which happened just after 7am. 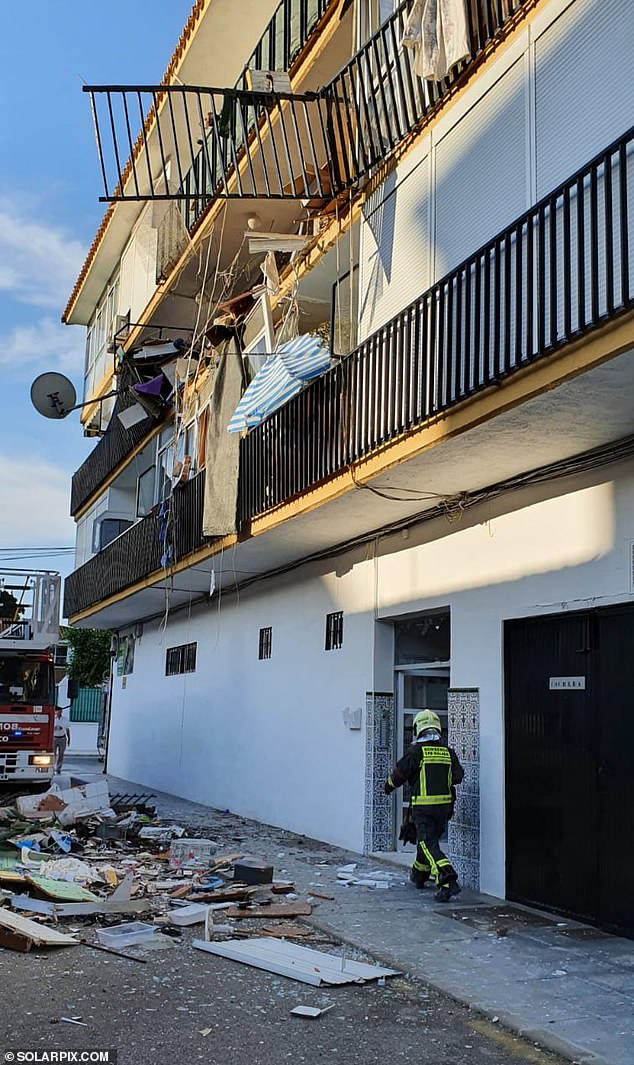 Shattered glass and debris is strewn on the ground below the second-floor apartment. A balcony was ripped from its hinges in the explosion which left an 89-year-old British pensioner dead 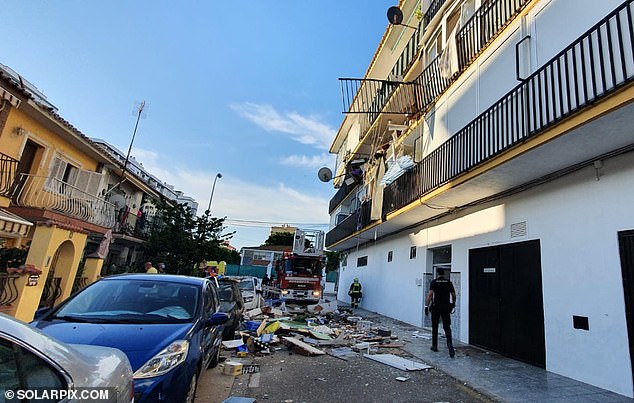 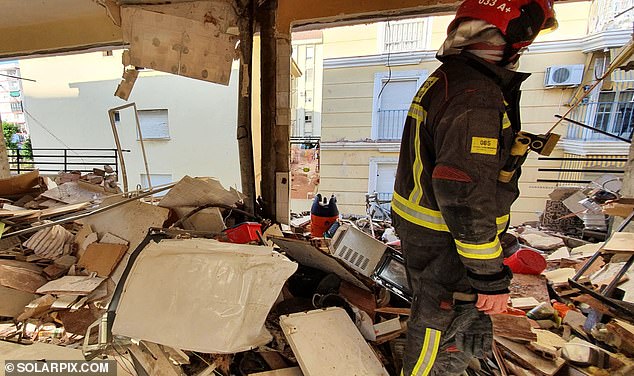 Firefighters survey the damage from the explosion, that left one woman dead and her husband injured 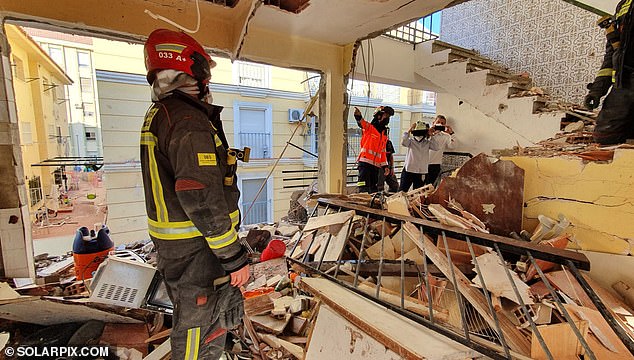 Neighbour Jose Manuel Garcia said he was sleeping when he was woken by the huge explosion, which happened just after 7am this morning 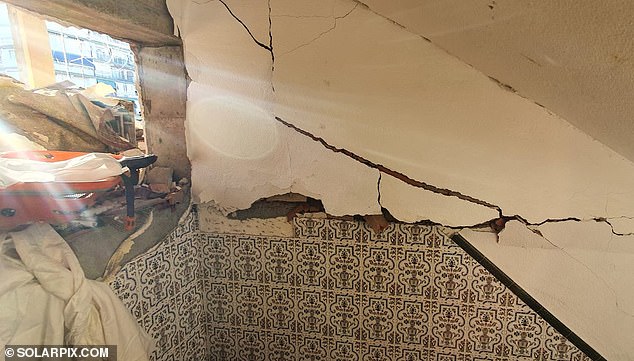 He said: ‘I was in bed still and found myself surrounded by debris and dust. I didn’t know what had happened at first.’

The building is understood to have been the scene of a previous explosion around 30 years ago.

That blast occurred in a ground-floor premises being used at the time as a fruit and veg shop. It was not immediately clear this morning if anyone had died.

Torre del Mar is one of the main tourist resorts east of Malaga on the Costa del Sol and part of the municipal district of Vélez-Málaga, capital of the Axarquia region.

Police forensic experts are currently at the scene and a fall investigation will take place into the cause of the blast.