The days of using tap water for gardening and washing the car must end, the official watchdog warned yesterday.

Rachel Fletcher insisted families should switch to other sources, including recycled water from baths and showers and tanks that capture rainfall.

She said only a minority of homes had water butts and this would have to become the norm in future. 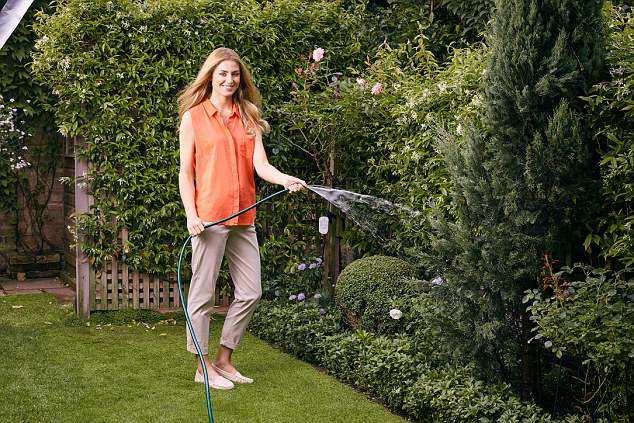 Miss Fletcher, who is the head of Ofwat, said pressure on supplies was growing because of climate change, population growth and the building of homes in drier areas.

‘We recognise the longer-term challenges,’ she told MPs.

‘We do as a sector need to think about transferring water from one region to another. And we have got to shift the frontier in the technology we are using in delivering water supplies. 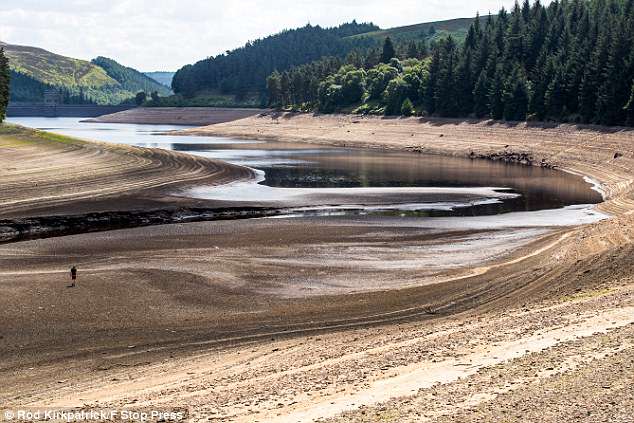 Howden dam (in the distance) with dried up reservoir. Water levels in the Derbyshire Peak District have dropped to reveal a landscape close to how it would have looked before the Howden, Derwent and Ladybower dams were built in the early 1900s and 1940s

‘The idea of using treated drinking quality water to water our gardens and wash our cars in the 21st century just doesn’t seem appropriate. As a regulator, it is something we will push the companies to innovate on.

‘We will work with government and other partners to do everything we can to make sure we have secure, affordable and an environmentally friendly approach to delivering future water supplies.’

Miss Fletcher said plans to build thousands of homes between Oxford and Cambridge could put impossible pressure on water supplies, making the case for a national grid. 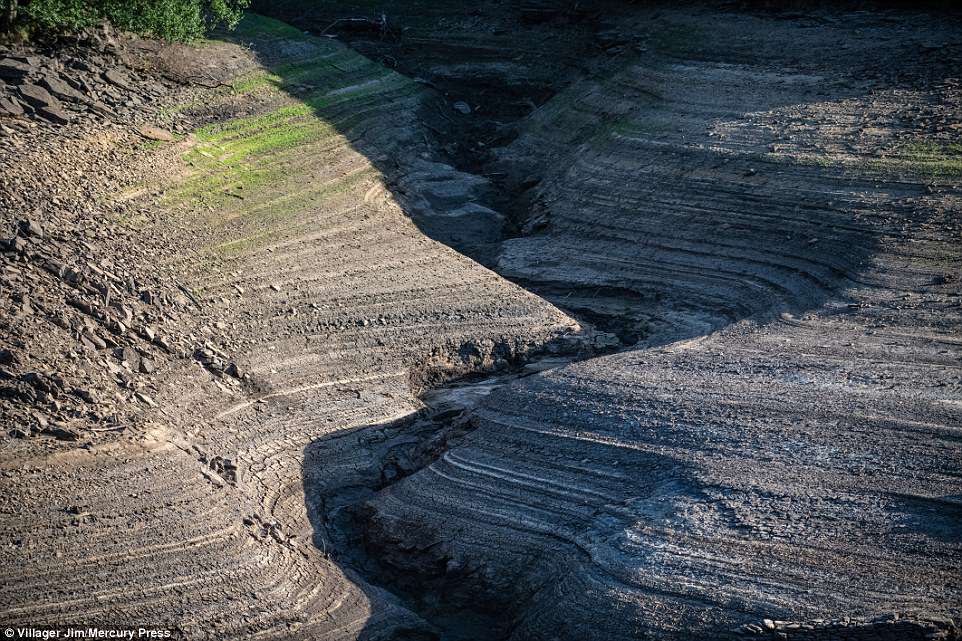 The Commons environment committee also heard evidence from the head of the Environment Agency, Sir James Bevan. He said water leakage reduction targets set for the big suppliers needed to be much tougher.

Sir James added that climate change threatened future water supplies and he backed calls for new targets to ensure the amount of water lost through leakage from the mains should be lowered by 50 per cent.

Severn Trent has asked people to be ‘neighbourly’ and use water carefully. United Utilities and Anglian Water are among other firms to issue advice on cutting down on use. 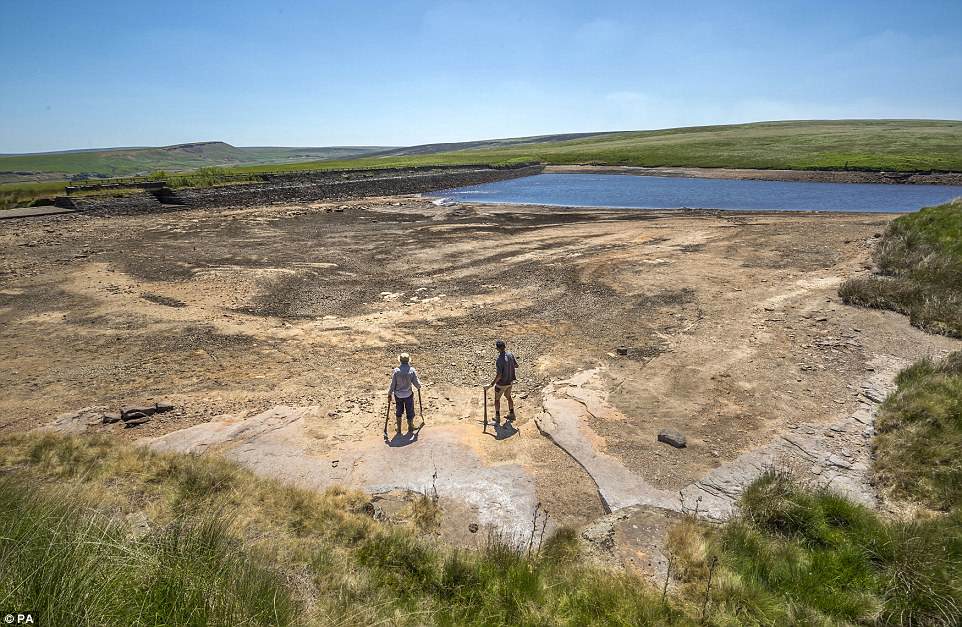 Doug Clarke, spokesman for Severn Trent, said: ‘Demand for water is massively up thanks to several weeks of extremely hot weather.

‘While we have lots of water available and our reservoir levels are healthy and we’re putting millions of extra litres of water into the system, people are using water as fast as we can treat and pump it into supply.

‘This is particularly the case during peak demand in the morning and evenings when we want to ask customers to restrict their supply so we can avoid areas of low pressure.’

Environment minister Therese Coffey told MPs that ambitious targets would help cut tap water use from the current 140 litres per person, per day.

She said too many people were taking long showers – more than the four minutes that experts say is ideal.

Dr Coffey said spending a lengthy time in the shower can use up as much water as a bath. ‘It is actually a big use, so every little bit helps in trying to reduce the consumption of water,’ she said.

Neil Parish, the Tory MP who chairs the environment committee, said that action was needed to find alternatives to the use of tap water to irrigate gardens.

Met Office records show winter rainfall was average although it was wetter in some parts.

The heatwave is to make way for downpours across the country tomorrow, with thunderstorms expected to spread from Scotland down to the south of England by the afternoon.

And a tropical storm called Chris may have crossed the Atlantic by Monday, potentially bringing rain.

However the UK should remain dry this weekend, other than the odd shower in East Anglia.

Temperatures could reach as high as 31C (88F). Peter McAward of forecasters Meteogroup warned: ‘It gets a bit trickier on Monday and Tuesday as Hurricane Chris could influence the extent of the rain we see. Monday could end up being a little bit wetter in the south of the UK, but not torrential.’

Uncertainties about the course of tropical storms mean the rest of the week is hard to predict. However the weather is likely to be much more changeable.