BRITISH families are set for a third day of travel chaos today due to floods, torrential rain and rail strikes after the freak heatwave.

A yellow weather warning has been issued as 20mm of rain fell in some parts overnight, and temperatures plummeted from the record-breaking 38C heights the UK saw this week. 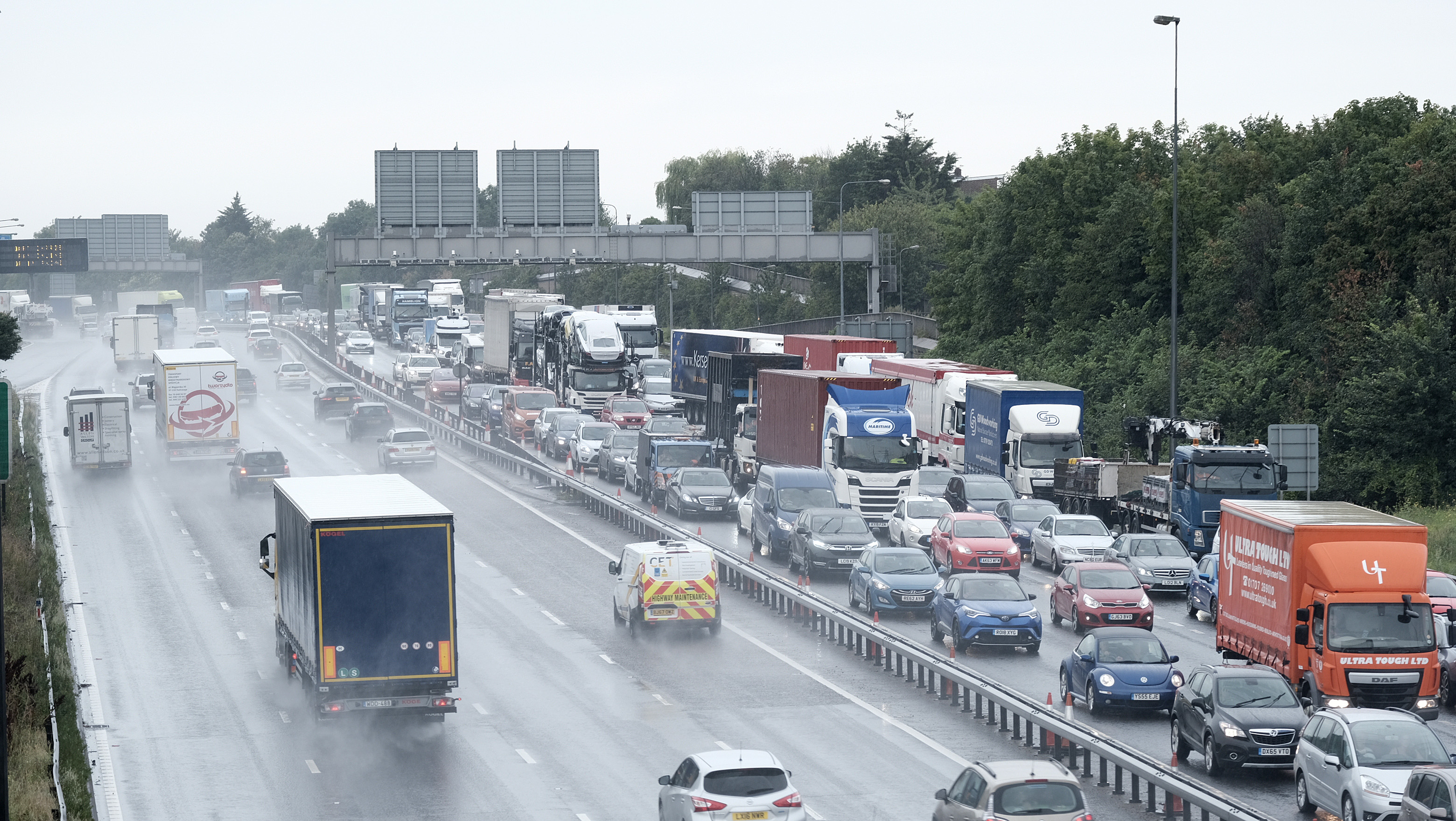 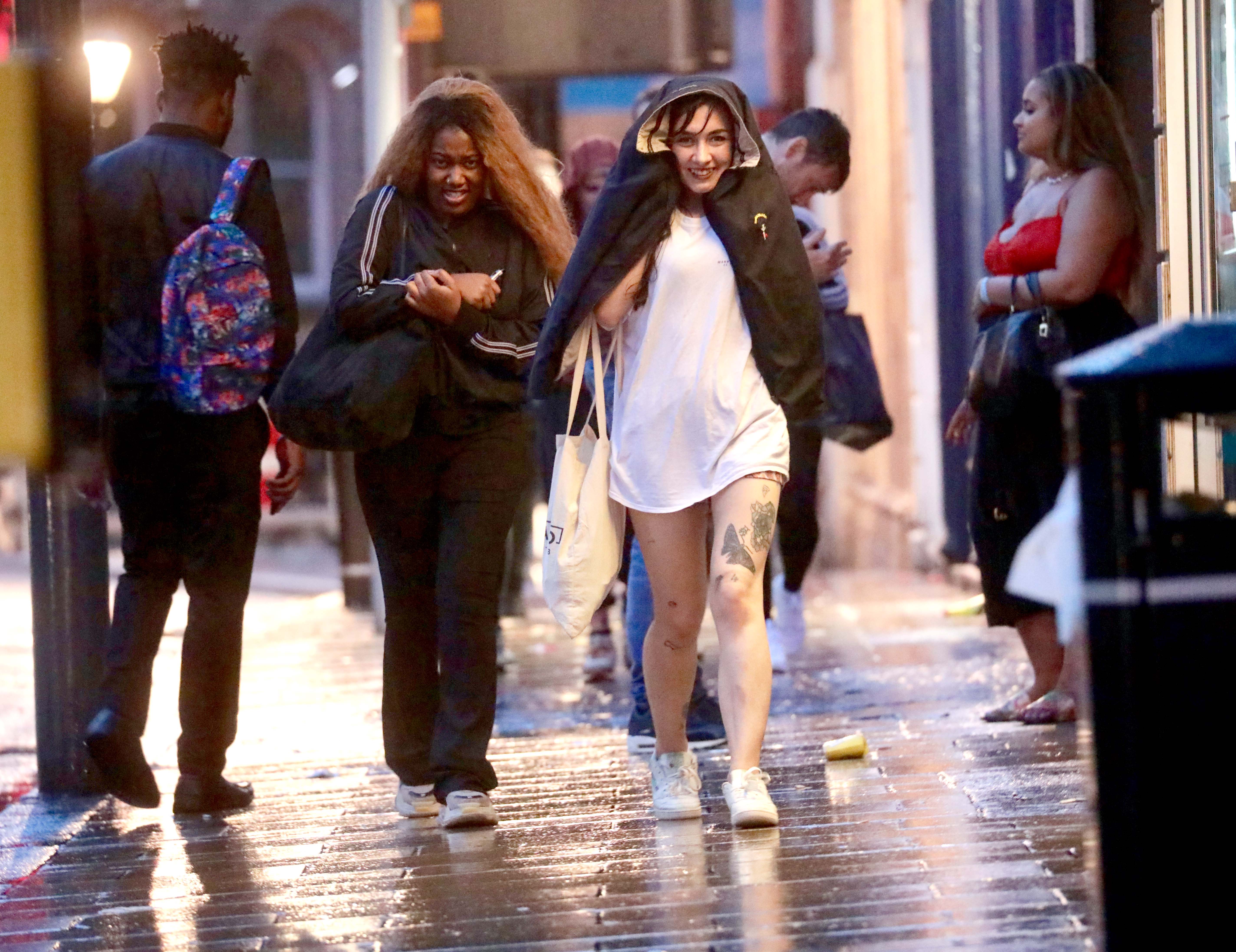 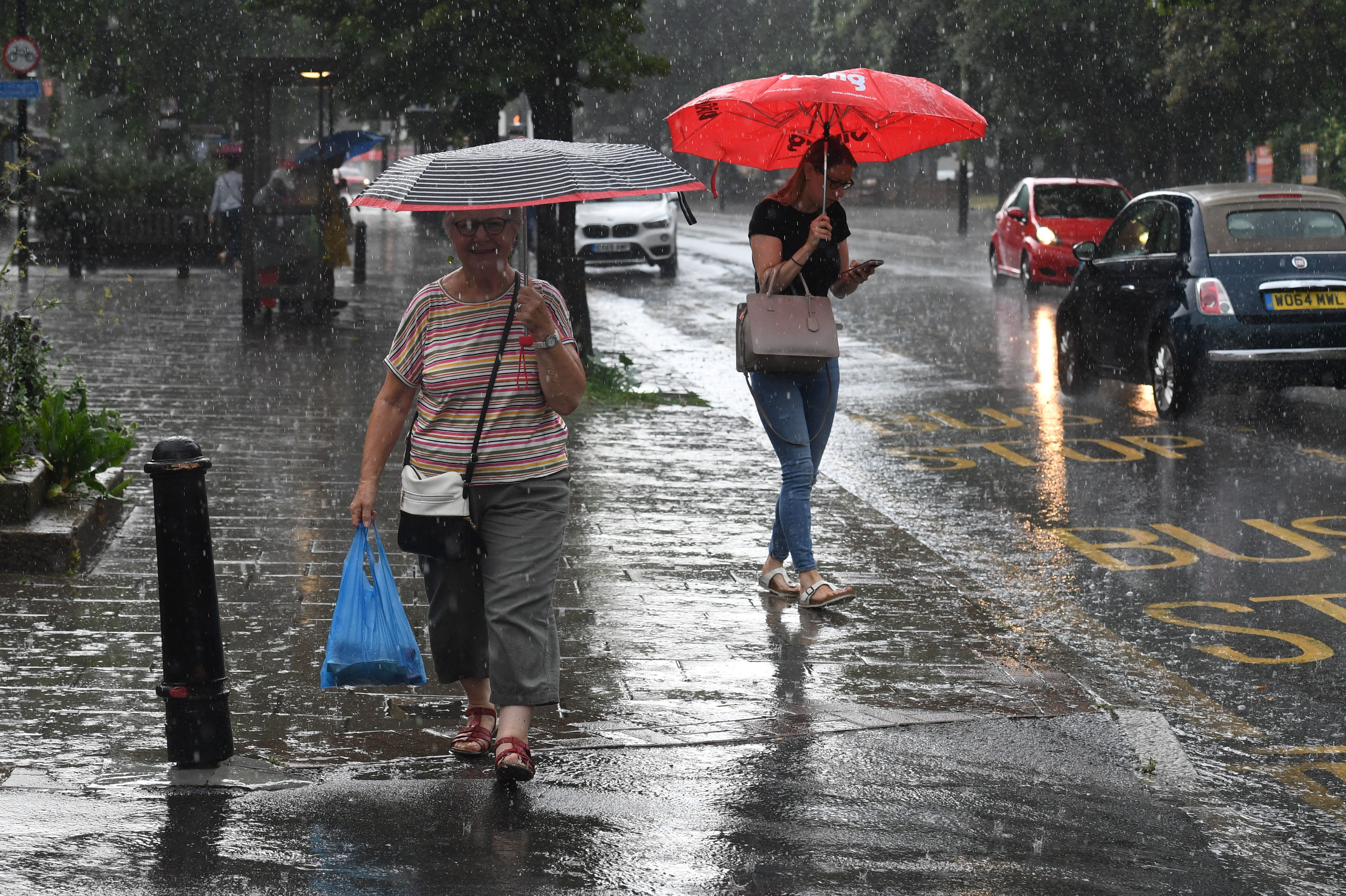 East Midlands Trains (EMT) customers have been warned to expect a significantly reduced service to and from London due to repair work on damaged overhead line equipment.

And rail passengers will see a revised timetable on several local routes because of RMT industrial action.

After a week in which Britain has been hit by hot temperatures and thunderstorms, heavy rainfall could now bring flooding and travel disruption.

The Met Office has issued a yellow weather warning for rain which covers vast swathes of Scotland and England, with the exception of the South West region, until Sunday afternoon.

Delays or cancellations to train and bus services are possible.

It comes after air passengers suffered major disruption on Friday due to the heatwave and a technical problem with the UK's air traffic control system.

Passengers using Heathrow and Gatwick airports had to contend with delays due to the extreme conditions across Europe.

The air traffic control company Nats said a technical problem with a system at the Swanwick Air Traffic Control centre had been identified shortly after noon, which restricted the rate of arrivals.

A Heathrow spokesman said the technical issue has now been resolved, adding: "We apologise to passengers for any disruption that this caused."

On Saturday morning, Gatwick Airport said: "We aim to run a normal schedule today, however due to ongoing adverse weather across Europe, passengers are advised to check with their airlines for the latest information."

More than 60 flights were cancelled out of Heathrow on Friday and dozens more delayed after a malfunction hit Swanwick Air Traffic Control Centre.

Travellers on Twitter yesterday fumed over the disruption hundreds slamming the chaos.

Caitlin MacNamara tweeted: "Isn’t it great when u’ve been stessing about Heathrow strikes all week, they call it off, and then ur flight gets cancelled anyway due to the weather? Cheers BA."

Claire Louise posted: "So 25% of London trains were cancelled or severely delayed yesterday, and a huge number of flights from Heathrow, Gatwick and City were cancelled.

"Because its hot. I'm fairly sure there are much hotter countries with fully functioning public transport systems no?"

Meanwhile, Eurostar trains were suspended after a power cable "exploded" on a platform at Paris Gare du Nord, according to a manager.

Eurostar later said there was no cable explosion at the station, but a power issue was causing massive delays.

And Britain's rail network was also sent into meltdown as this week's travel misery continues.

One passenger tweeted on Friday: "My sister with her little kids is stuck in a plane for 10 hours and it never took off.

"They didn't let the passengers out I am sure because they wanted to avoid the crowd.

"But 10 hours in an idle plane is level-3 frustration. Well done Heathrow."

A Balkan brass band entertained one group of passengers stuck on a plane for three and a half hours.

Heathrow and Gatwick apologised to travellers for the chaos, and advised them to check with their airlines before flying.

One Heathrow flier told BBC Radio’s Five Live: “Thousands of passengers in Terminal Five waiting to rebook our flights, which were all cancelled last night.

“There is just no room for everybody. There are no seats. People are just all over the floor. It’s not a pleasant experience.”

Five flights departing Luton were cancelled, but three were due to strikes in Italy, a spokesman said.

The complete system meltdown, which has been blamed on electrical storms in Britain and Europe, came after London was brought to a standstill by rail cancellations.

On Friday, only two rail services out of four were running out of London's busy St Pancras Station.

East Midlands Trains advised passengers not to travel on the St Pancras, Nottingham to Sheffield route yesterday after damage to overhead lines.

The overnight train disruption continued into Friday, with more delays and cancellation causing rush-hour hell and trains in the wrong places overnight.

Speed limits on most commuter lines were cut from 60mph to 30mph on what became the hottest July day on record.

The previous hottest July day was recorded in July 2015 with a temperature of 36.7C, however, the weather on Friday has topped that by nearly two degrees. 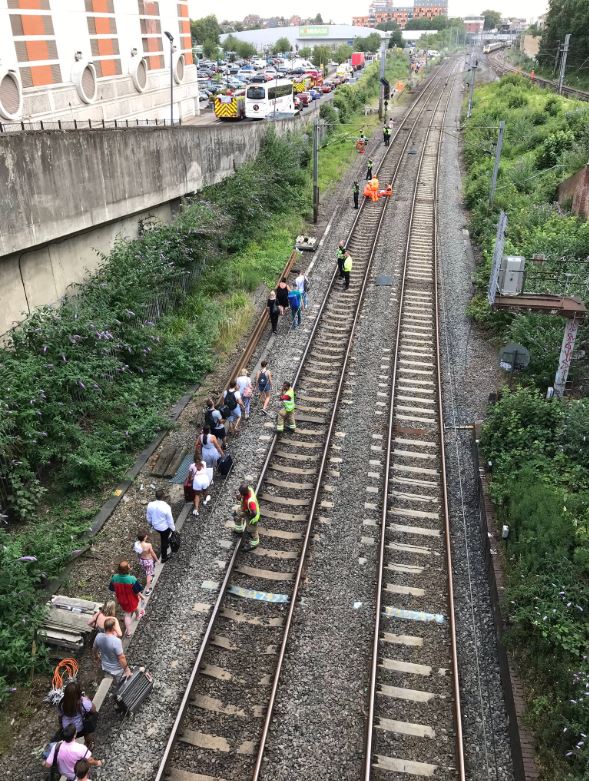 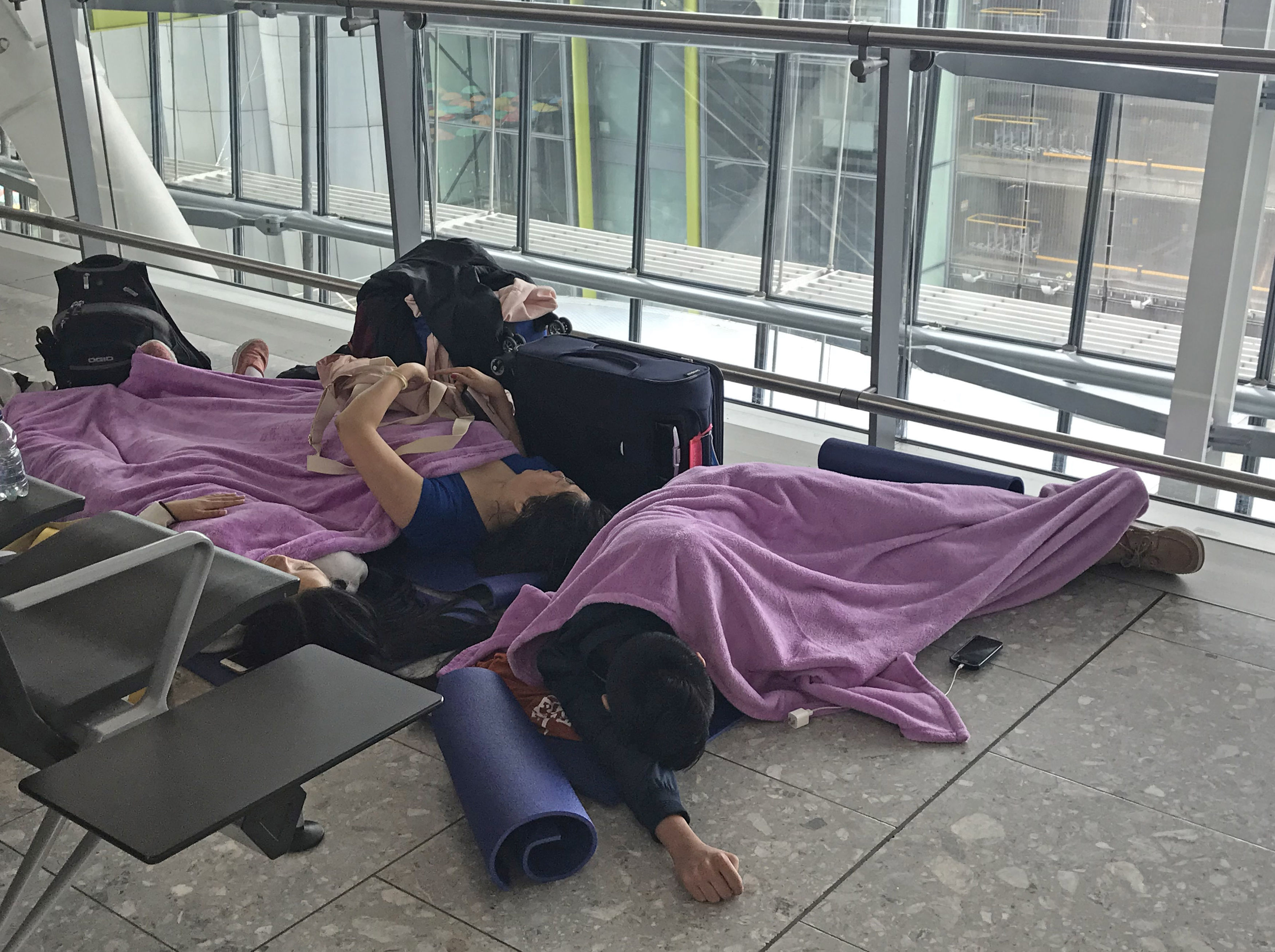 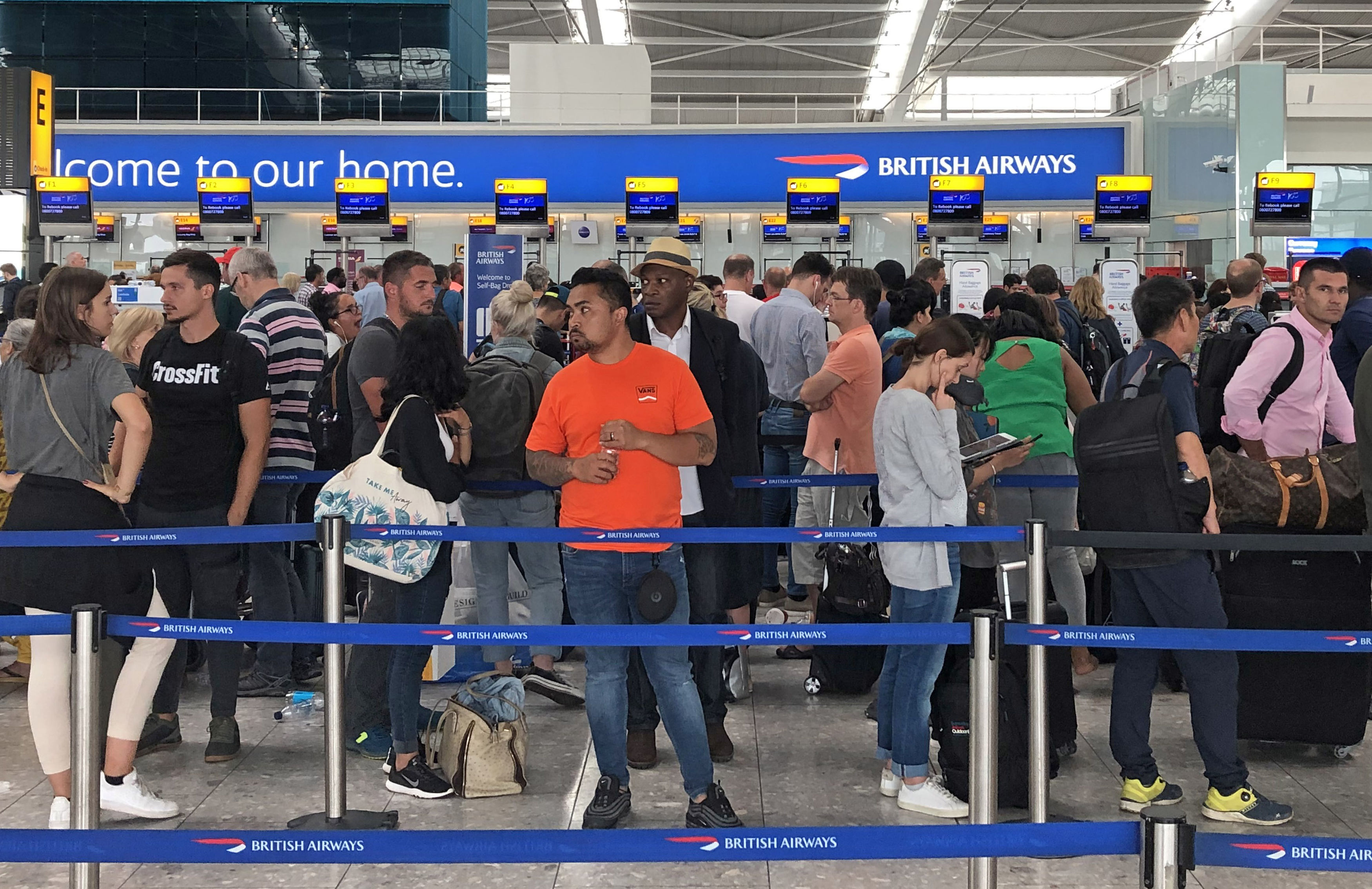 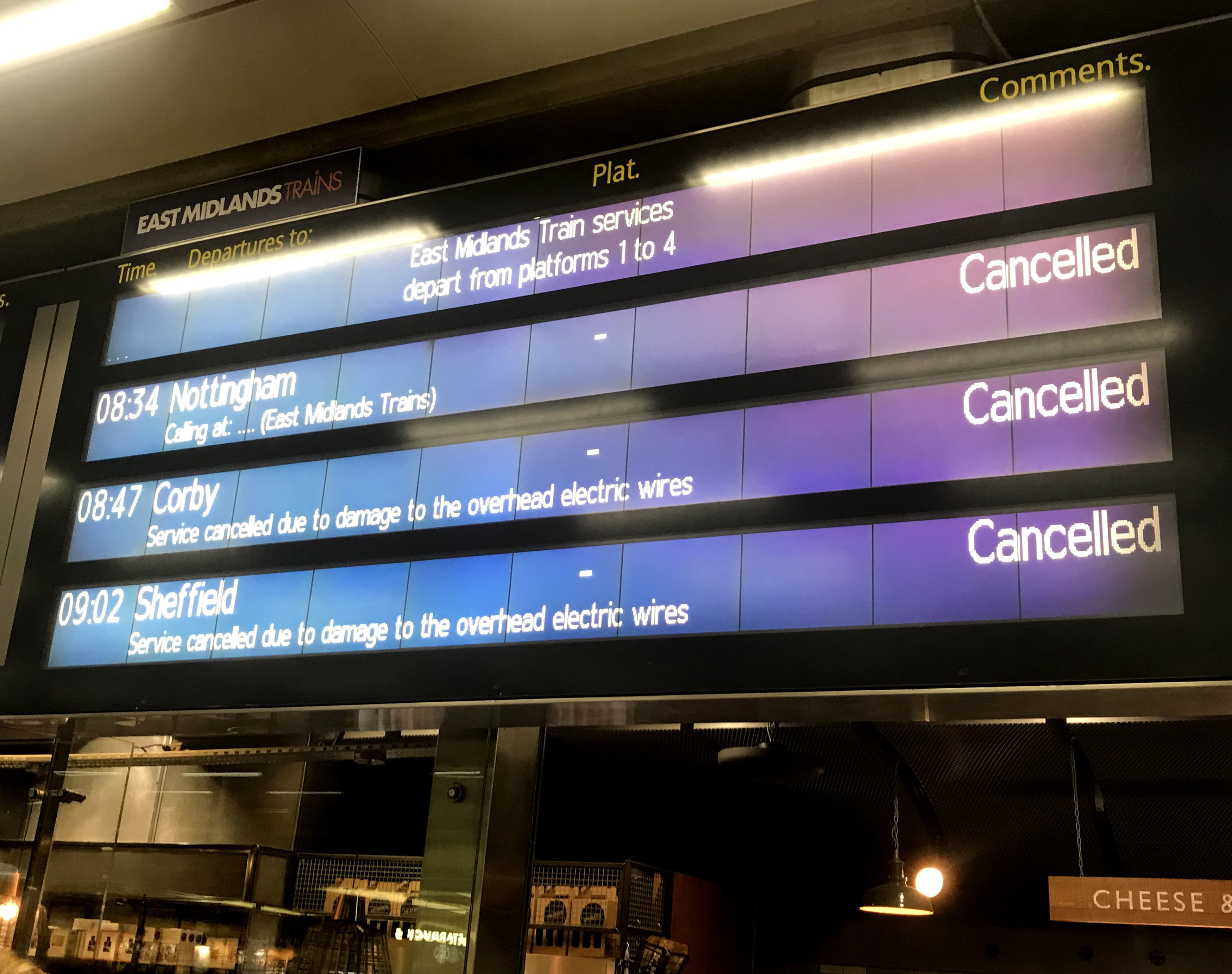 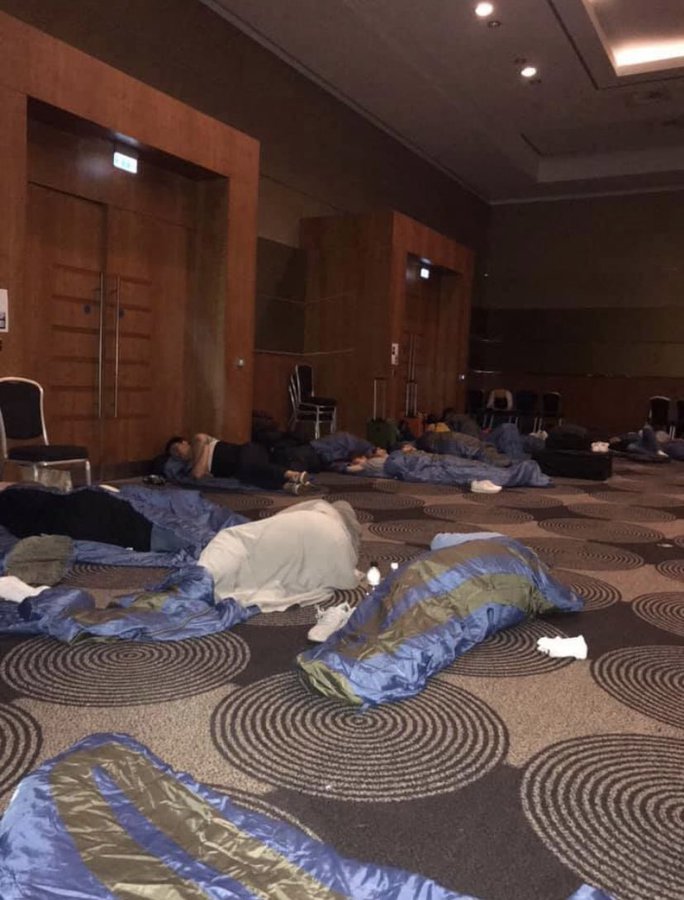 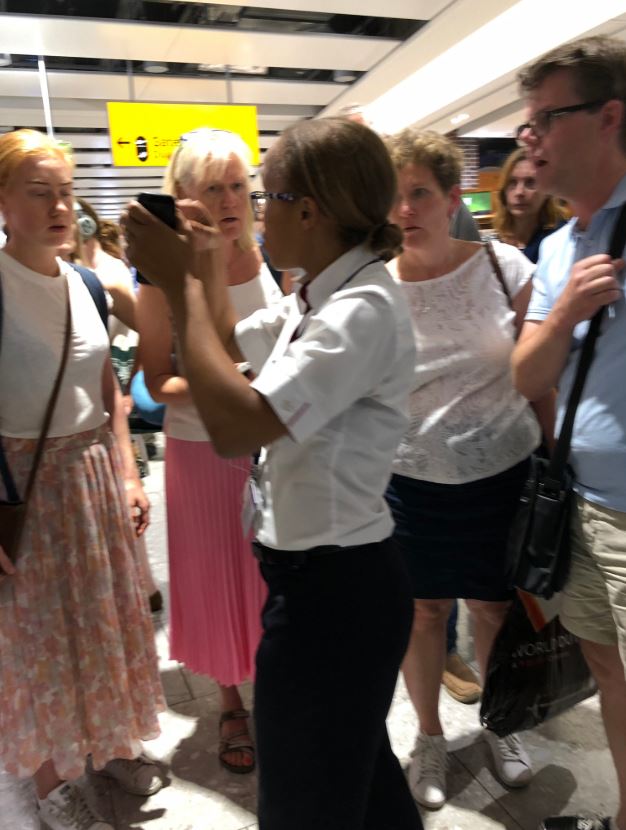 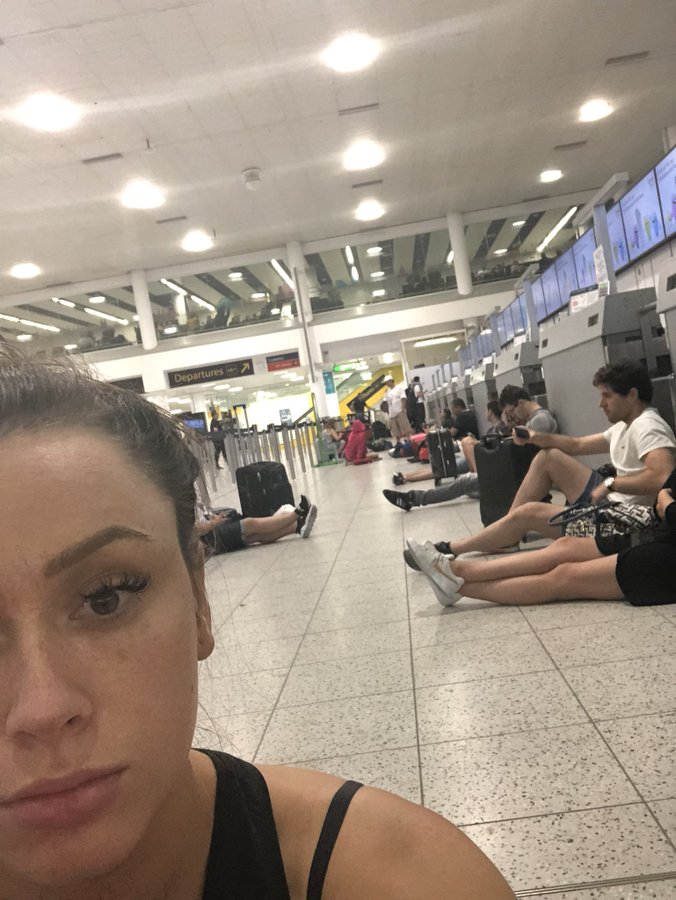 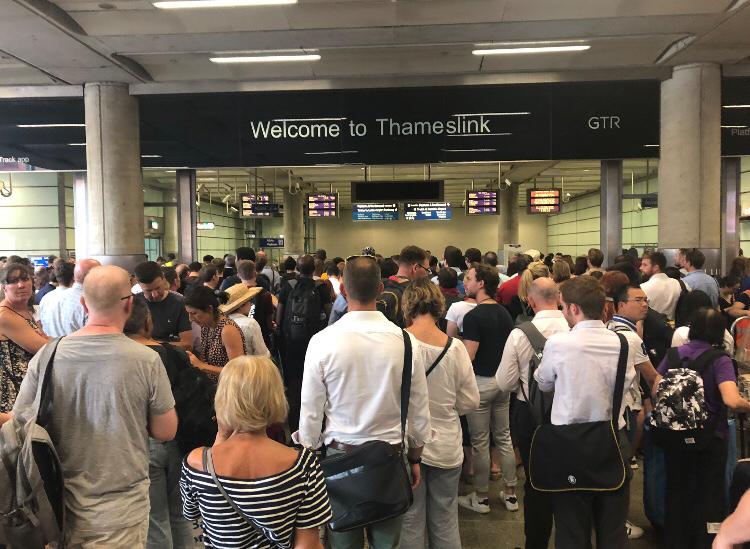 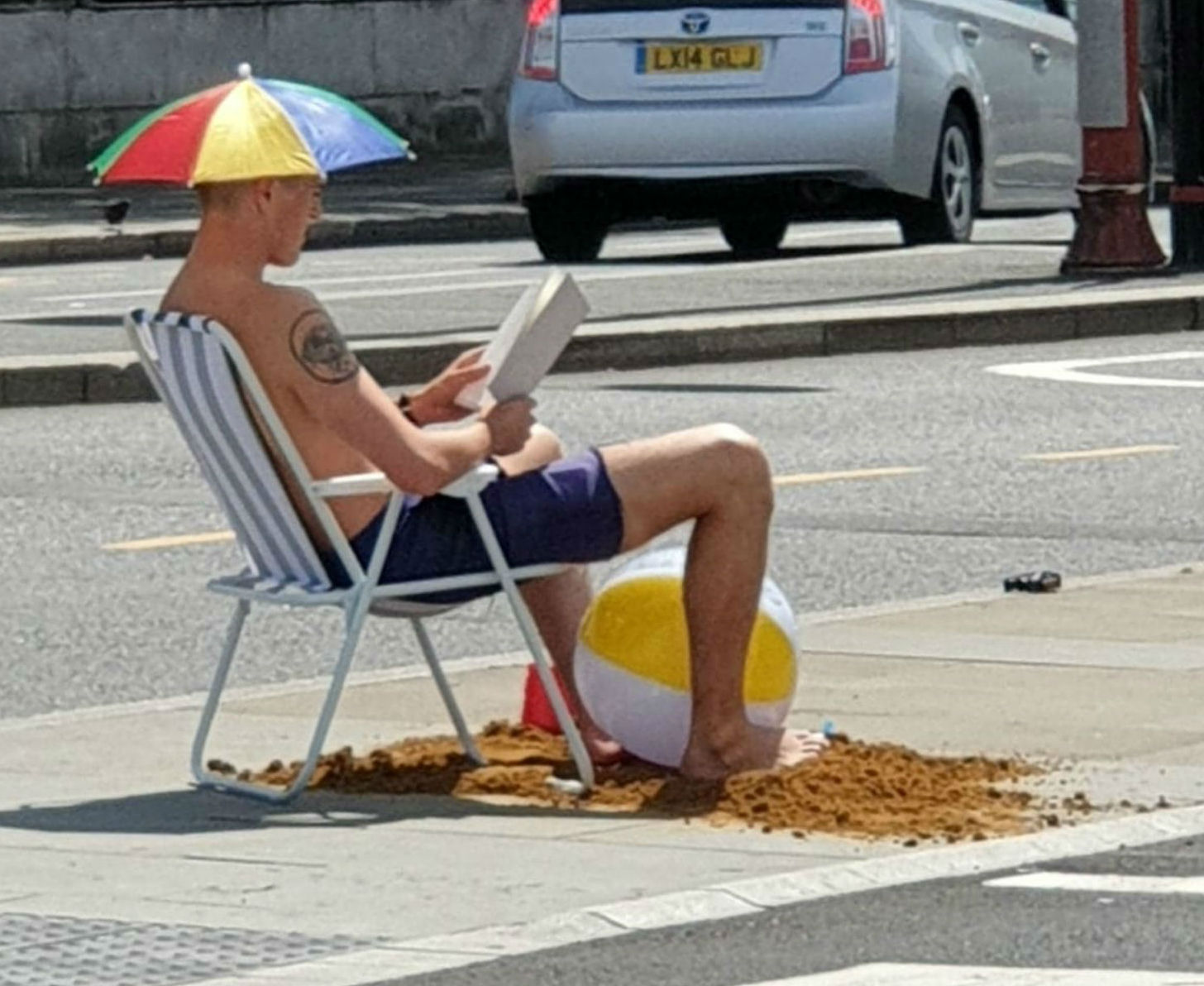 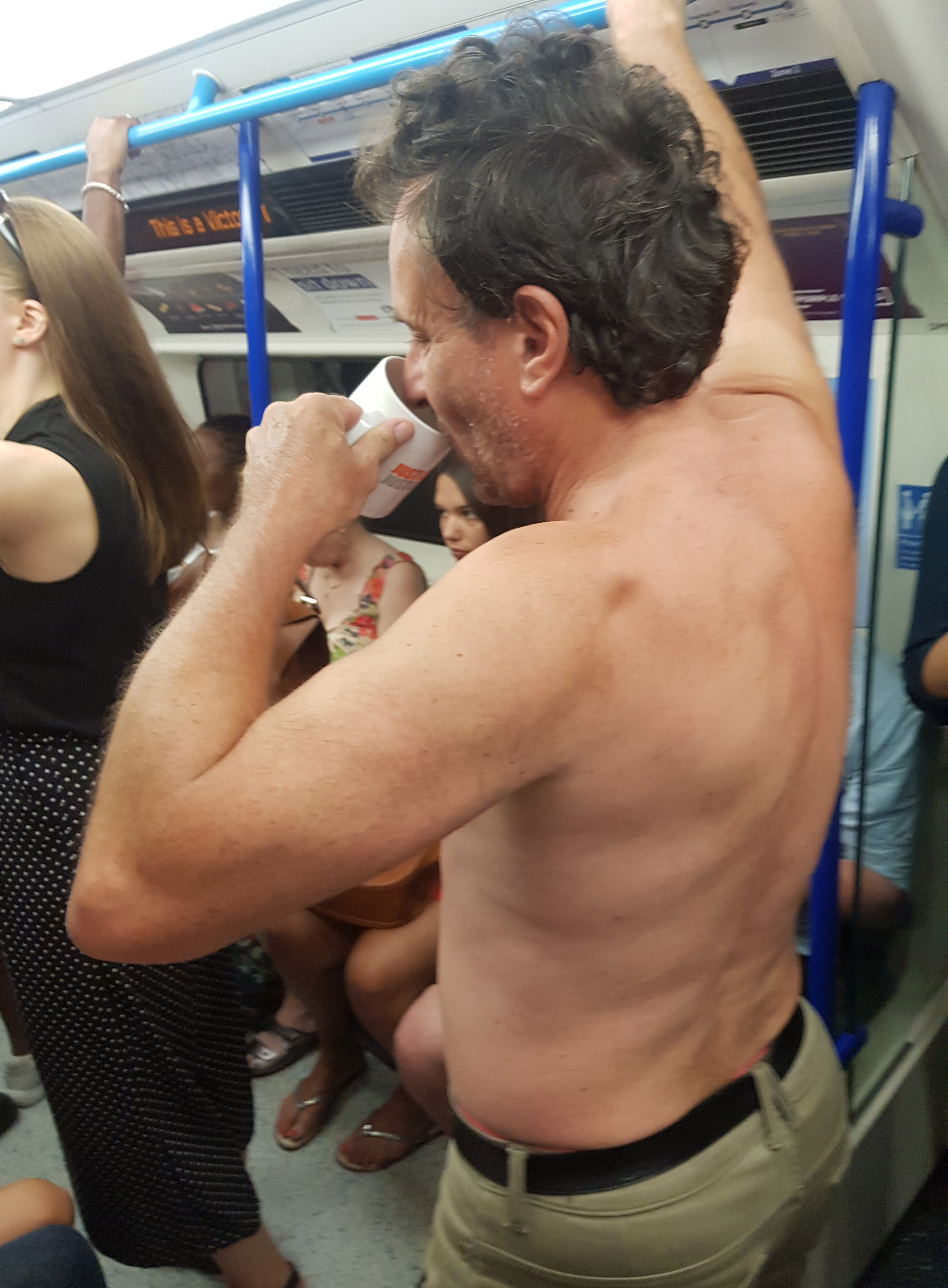 Brits, day, face, of, Summer, third
You may also like: