Brits may have to pay more for rosé wine this summer after prices were pushed up by fears of a shortage in France.

The country, which produces 31 per cent of the world’s supply, experienced bad weather last year which has cut the harvest by around 12 per cent.

On top of the potential shortage, the wine has been growing in popularity, particularly among millennials, reports the Times.

Jack Merrylees, from Majestic Wines, said: ‘Out-of-season drinking is a factor, with winter drinking sales up by 11 per cent, so you usually go into spring with a buffer of stock from the last year but that has all been drunk through.’

Drinkers stocking up for the early May bank holiday have also drained supplies. 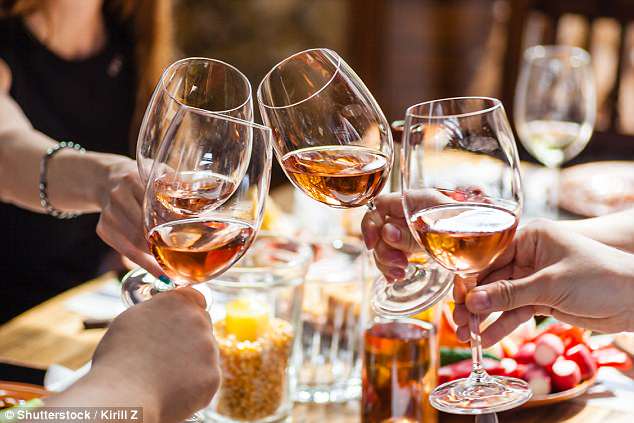 A boom in popularity has seen consumption of the pink drink rise by 31 per cent in just 15 years, with Britons drinking more than 111 million bottles every year.

Respect for rosé has grown in France where it was previously considered only acceptable to drink on summer holidays.

Now the French drink more rosé than white, with one in three bottles sold containing a blush wine.

Although many have warned prices are set to rise, others have argued the shortage is ‘exaggerated’.

Philippe Brel, manager of Estandon Vignerons who own vineyards in Provence, told The Local: ‘Yes, we had a weak harvest in 2017 but to say there is a “shortage” is over the top.’

He added: ‘We are of course vigilant and will follow the amount of rosé consumed very closely, but for the moment, even in spite of the poor harvest last year, the lights are green.

‘I repeat, there is nothing to suggest there will be a rosé shortage in France.’