A ram-raider who killed a father-of-two while high on cocaine and fleeing the scene of a botched burglary has been jailed for 12 years.

Dale Smith, 30, and two accomplices attempted to steal an ATM machine from a Co-op in Crowland, Cambridgeshire, by smashing through the shops entrance in a stolen Toyota Hi-Lux.

But after failing to remove it they left in another stolen vehicle before crashing head-on into 51-year-old Mark Collin’s Nissan Primera, killing him.

A court Smith, who had been driving a black Audi A3 at 84mph in a 40mph speed limit, ran away from the crash ‘like a coward’. 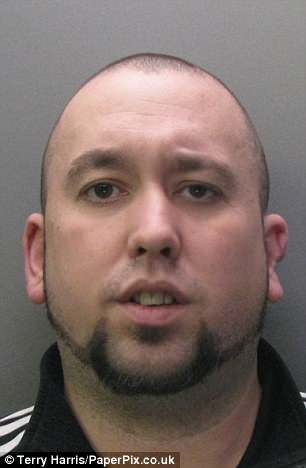 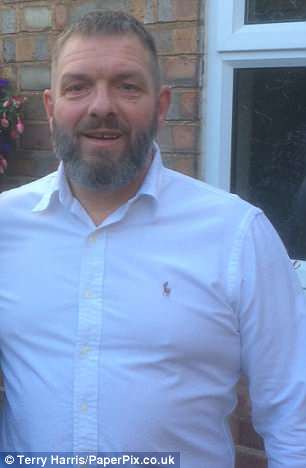 Dale Smith, left, 30, has been jailed for 12 years for killing father-of-two Mark Collin, right, in a head-on car crash while high on cocaine and fleeing the scene of a burglary 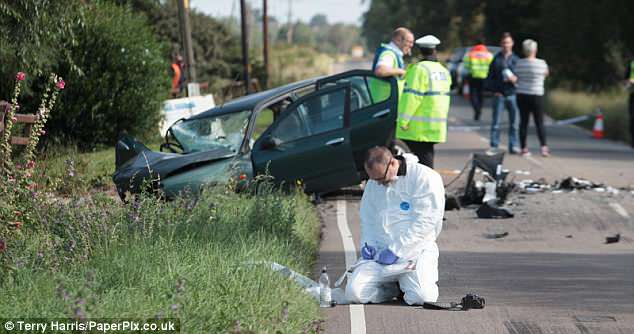 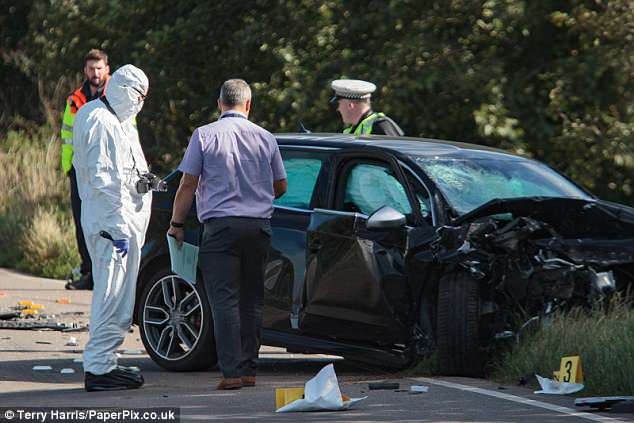 Smith and two accomplices had been in a stolen Audi A3, pictured, before running from the scene ‘like a coward’

He was caught on CCTV behind the wheel of the vehicle moments before the crash and later spotted by a member of the public who reported him to police for wearing wet, dirty and torn clothes with no shoes.

On Monday, Peterborough Crown Court heard how in the hours before the fatal collision, Smith broke into a yard and stole crane strops from a toolbox.

He made his way to the Co-Op in the stolen Toyota and at about 4am he and two others attempted to steal the ATM machine.

They placed leather strops around the machine and pulled it from the store into the middle of the road but were unable to lift it and abandoned it a few minutes later. 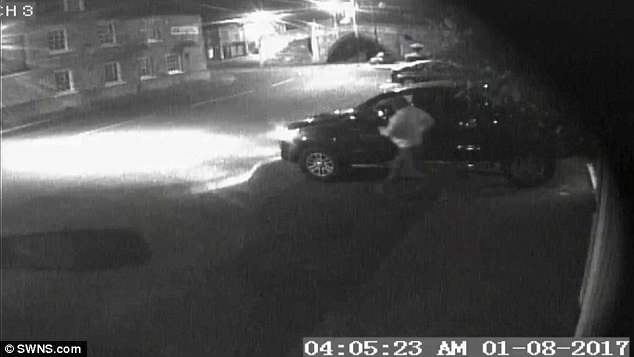 The trio were caught on CCTV carrying out the ram raid on the Co-op, pictured, in a Toyota Hi-Lux 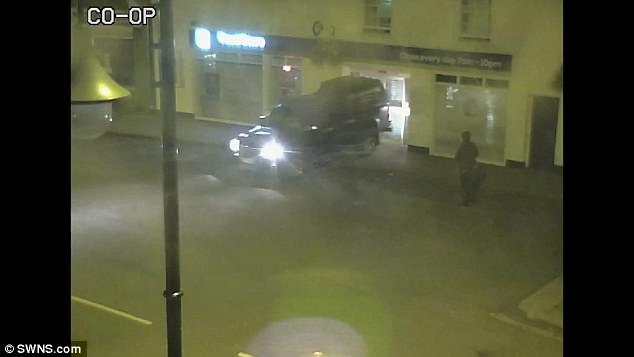 The vehicle smashed through the front entrance of the shop, pictured, in Crowland 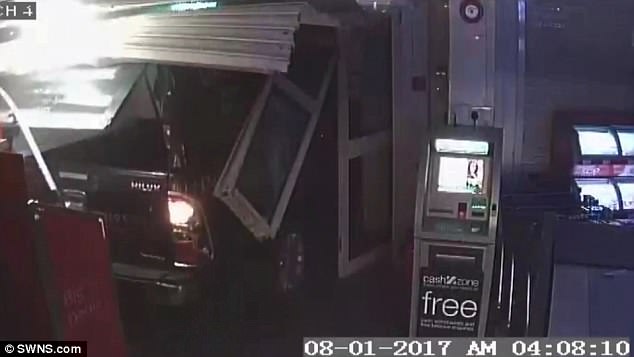 The ram-raid took place at around 4am with the ATM, pictured, the target 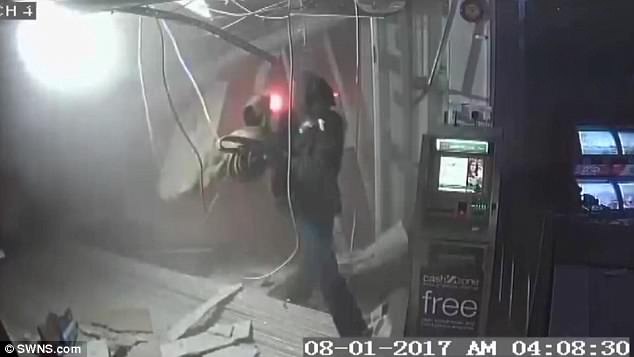 Wearing hoods, the gang then entered the shop and tied leather strops around the machine

Smith and the others made off in a black Audi S3 which had been stolen previously in a burglary on 21 July.

They crashed into Mr Collin’s green Nissan just 15 minutes later on the A1040 in Whittlesey, Cambridgeshire.

A survey of traffic on the B1040 revealed that the average speed of vehicles was found to be 41mph.

Judge Matthew Lowe said the fatal injuries were caused ‘wholly’ by Smith who ‘ran like a coward’ after the collision. 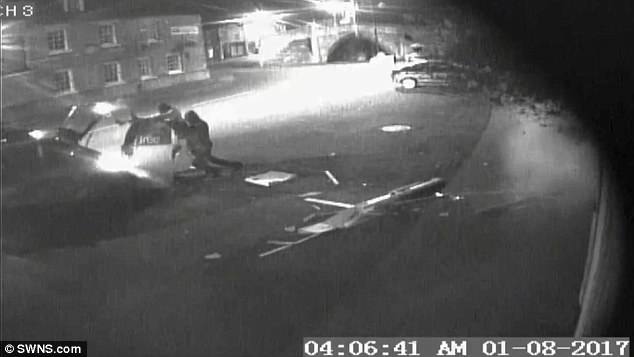 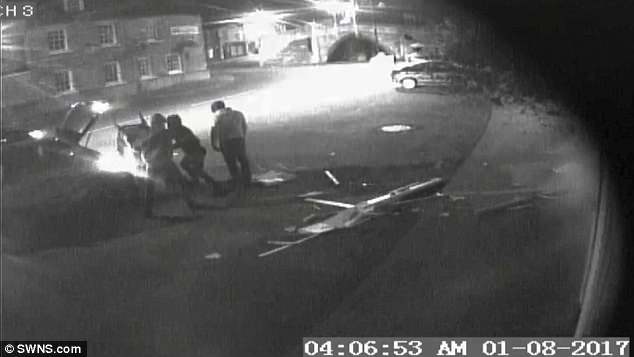 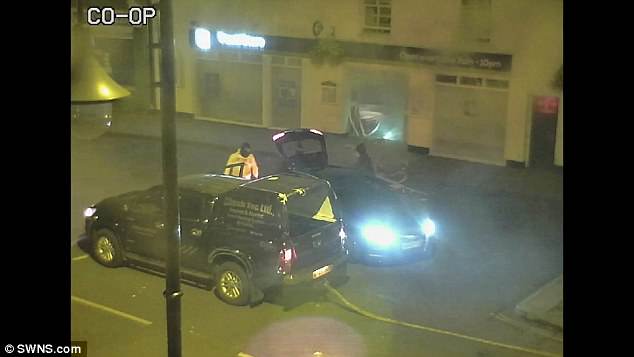 Speaking after sentencing, PC Pete Bimson of Cambridgeshire Police, said: ‘This was a tragic collision that arose out of Smith’s selfish actions and criminality.

‘Smith and two others committed a burglary and whilst fleeing the scene, drove dangerously, resulting in the death of Mr Collin.

‘I hope that today, after a complex investigation, Smith’s guilty plea will provide some comfort to the family and friends of Mr Collin.’