POMPEII, Italy (Reuters) – Pompeii, the ancient Roman city buried in an eruption of Mount Vesuvius in 79 AD and later unearthed, is ready to rise again from the catastrophe of the coronavirus pandemic.

The sprawling archaeological site reopened to tourists on Tuesday after a closure of more than two-and-a-half months that froze the local economy much as the eruption nearly 2,000 years ago froze the city in time.

“History has shown us that Pompeii is a resilient city par excellence,” said Massimo Osanna, head of the Pompeii archaeological park.

“It has overcome catastrophes, earthquakes, eruptions, botched archaeological digs and illegal digs. It has shown that things can rise up from their ashes,” he said at the re-opening.

Authorities have mapped out one-way itineraries to make sure visitors, who will have to wear masks, keep safe social distances and avoid gathering.

Lower levels of tourism, at least in the near future, will give fewer visitors an opportunity to have more of the city to themselves and enjoy what Osanna called “an almost metaphysical experience”.

Pompeii, 23 km (14 miles) southeast of Naples, was home to about 13,000 people when it was buried under ash, pumice pebbles and dust as it endured the force of an eruption equivalent to many atomic bombs.

About two-thirds of the 66-hectare (165-acre) town has since been uncovered. The ruins were not discovered until the 16th century and organised excavations began about 1750. 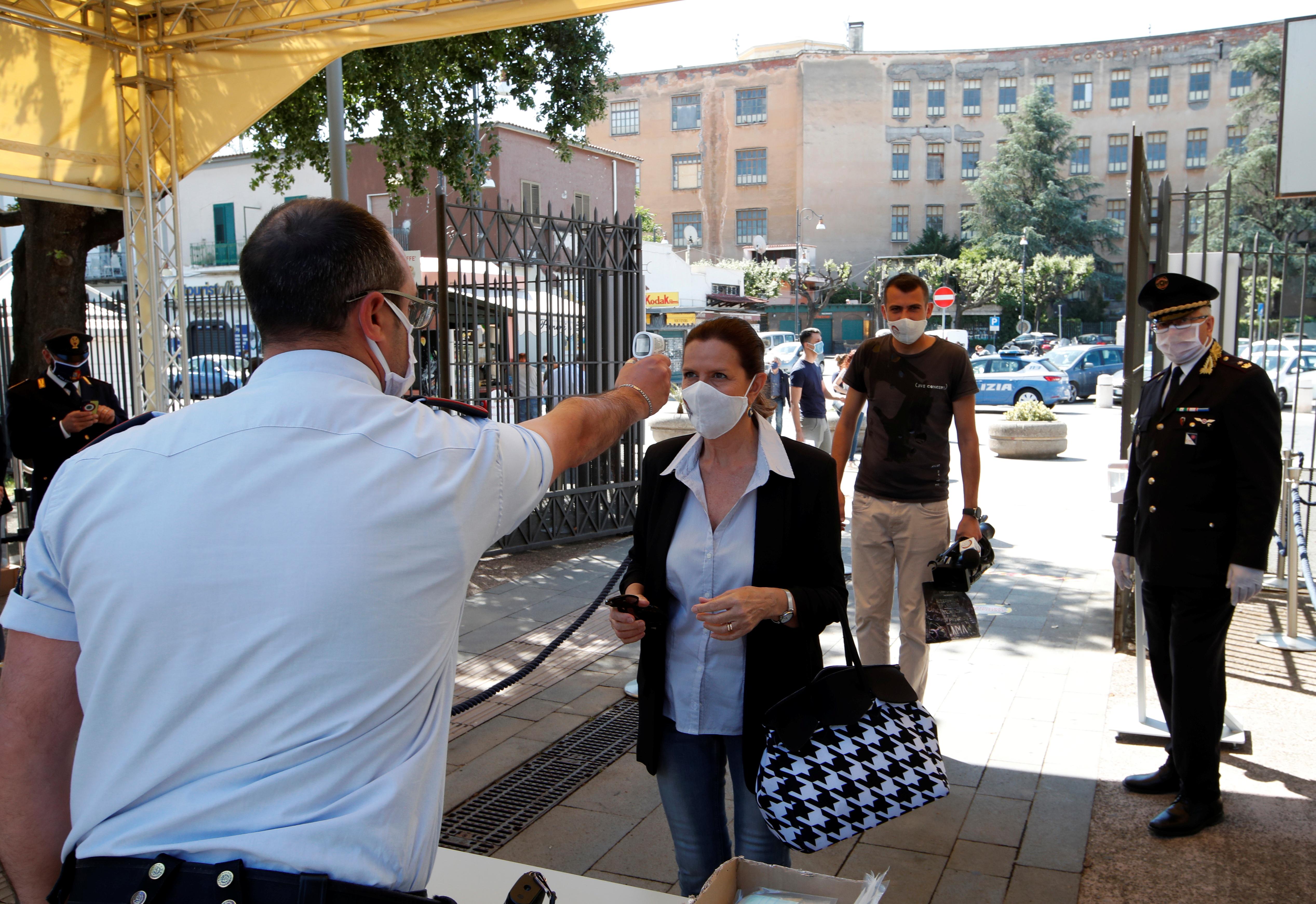 A rare documentation of Greco-Roman life, Pompeii is one of Italy’s most popular attractions and a UNESCO World Heritage Site.

“We see this as an opportunity to re-launch the whole area. We certainly will not see the 4 million visitors we had last year,” Osanna said.

He said tourists who had visited in the past should return because a few previously closed sites in the park would be open.

Coronavirus, Health, Italy, po, Us
You may also like: