In 15 years as a clinical midwife, Robyn Matthews has done her share of “incredibly long shifts, endless double-shifts, going 10-12 hours without going to the toilet, not stopping to eat”, as she helped women give birth and care for their babies.

As someone who works in birth and also conducts research with midwives, Matthews knows what a “thrilling and amazing job it is – there’s nothing like it”. Midwives tell her they have great satisfaction with their work, she says. 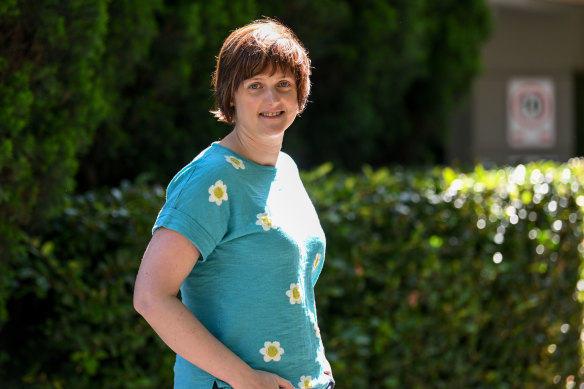 Midwife and researcher, Robyn Matthews, has done many 10-12 hour shifts and then been asked to “do a double”.Credit:Eddie Jim

Matthews also knows how “heartbreaking” it is for the increasing number deciding to leave the profession due to severe burnout, and “because the quality of birth care is not to the standard they want”, producing a critical shortage of midwives and concerns among some that conditions are becoming “unsafe”.

“You have midwives who start on shift at 1pm and won’t go home until 7.30pm the next day, that’s been happening frequently,” said Matthews, lead author at La Trobe University of the largest survey of Victorian midwives, which found burnout levels to be critical and about a third planning to leave within five years.

“Some hospitals are looking to employ non-midwives in post-natal wards – the standard of care will drop, and you will start missing things if you don’t have specially trained people working in those areas.

“Looking for haemorrhages, establishing breastfeeding, you get a minimum of three years’ training to learn these things. You can’t exactly pick them up shift-by-shift.”

For her report with Professor Della Foster, a leading international researcher in maternal and infant care, Matthews surveyed more than 1000 midwives – or 20 per cent of the Victorian workforce – and 38 managers (50 per cent of the workforce) and found the state was short of enough midwives to staff a major maternity hospital.

In comments on the survey, 300 midwives voiced fears including that “the workforce currently is very unsafe”, and “I fear for women and their babies as their rights and choices in childbirth are being stripped away and the numbers of traumatised new mothers continues to escalate” due to pressure to get women through an understaffed system.

“The care is so fragmented and chaotic … I am almost ashamed of my role… it feels like we are treading water to stay afloat and slapping on scaffolding to stop the whole thing collapsing,” one midwife said. Three-quarters of managers reported that their maternity service was inadequately staffed with midwives.

Foster said the survey showed 73 per cent of midwives felt burnt out, and “a high number also reported workplace safety issues including bullying, violence and threats, which is concerning.” Others reported births being “over-medicalised”, leading to increased birth trauma.

Last month the closure of a key Geelong maternity unit, at the city’s Epworth hospital, was announced after “repeated and extensive” efforts to recruit more midwifery staff were unsuccessful.

In May, it was reported that women were giving birth in emergency departments and new mothers prematurely discharging themselves from hospital, as a worsening shortage of midwives hampered access to maternity beds.

President of the Australian College of Midwives Professor Joanne Gray said the acute shortage of midwives in Victoria matched a national shortage, adding “we don’t have sufficient numbers in the workforce for women to get the care they’d like to receive”.

As new mothers were able to spend less time with midwives, Gray said there could be implications for the establishment of breastfeeding and other early motherhood skills.

She said national approaches were needed to address the overwork expected of midwives, develop safe staff-patient (and baby) ratios, increase student intake and attract retired midwives back to work.