The Byron burger chain will shut 31 restaurants and make 650 staff redundant in yet another blow to the high street economy.

The company has been sold in a pre-pack administration to Calveton and will cut over half of its 1200-strong workforce, leaving 20 of its sites open.

An employee at Byron also told MailOnline the redundancies would be made ‘effective immediately’. 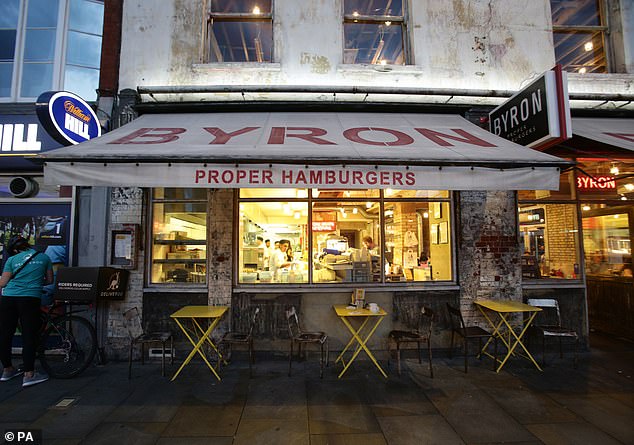 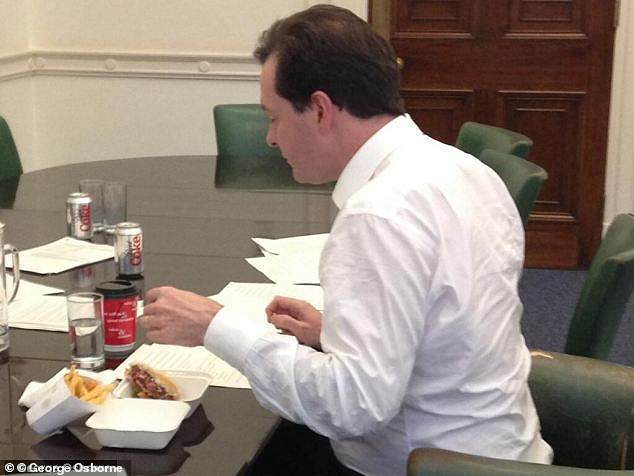 Former Chancellor George Osborne once tweeted a picture of him eating a Byron burger in June 2013, on the evening before he launched his spending review

The member of staff said the chain has been ‘sold to investors’, with 31 restaurants not included in the sale.

They told MailOnline: ‘I knew it was coming to be fair but it’s not great to be left out at the last minute, I think a lot of people feel like that.

‘They said they’ve been trying to do everything they could but I think people just feel very betrayed. They have no income now or jobs.

‘Most have been working there for about a year so they won’t be paid as you have to work two years, so it’s ridiculous.

‘They said the Government is going to pay for it. They suggested that they sign a job seekers allowance today.’

The employee then claimed: ‘They sold it to investors and then 31 restaurants have not been included in the sale, and everyone working at those restaurants have been made redundant, effective immediately.’

The upmarket chain, which was launched in 2007 and has 51 UK restaurants, has played host to a number of notable figures, with George Osborne tweeting a picture of himself eating a Byron burger in June 2013.

Prince Harry also took his ex-girlfriend Cressida Bonas out for a burger at the chain’s branch in Kensington High Street in 2014.

It follows Byron filing a notice of intention to appoint administrators last month as it held talks with three potential buyers.

In May, KPMG was instructed to help Byron explore the Government’s Covid support initiatives and then to look at securing new investment for the business. 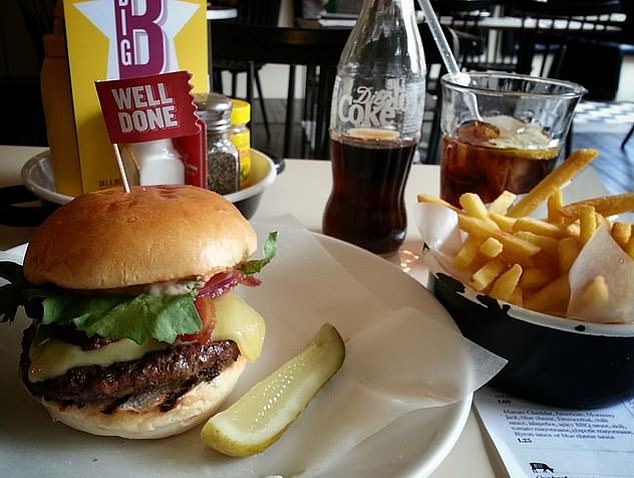 An employee at Byron told MailOnline the redundancies would be made ‘effective immediately’. The member of staff also said many people feel ‘betrayed’

Covid hit at a frustrating time for Byron, with the company entering the ninth month of a turnaround plan – and it was forced to halt a refurbishment programme.

The business also placed all hourly employees on minimum-hour payment terms in an attempt to ensure they were protected during the lockdown.

Byron closed all of its sites from March 18, two days before it was forced to by the Government and five days before the full lockdown was brought in.

Will Wright, partner at KPMG and joint administrator, told MailOnline: ‘In common with so many other companies across the leisure and casual dining industries, the impact of the COVID-19 pandemic on Byron has been profound.

‘After exploring a number of options to safeguard the future of the business and following a competitive sales process, this transaction ensures Byron will continue to have a presence on our high streets.’

Steve Absolom, partner at KPMG and joint administrator, added: ‘It is always a regrettable outcome when hard working people lose their jobs and so our focus now will be on providing those employees affected by redundancy with the support they need at this difficult time.’

Sandeep Vyas of Calveton commented: ‘Byron is a pioneering brand much loved by customers across the UK. We are backing Byron because we believe it has great opportunity ahead of it, and it is well placed to adapt to the new consumer environment and dining trends.

‘We will continue to bring Byron’s great tasting food to customers in restaurants and via digital on-demand platforms, whether they are at work, home or on the high street and we look forward to working with the team.’

At least 66,702 jobs are at risk across the UK amid the ongoing coronavirus crisis