Follow
Home » World News » California Big One: Would California earthquake cause a tsunami?

California Big One: Would California earthquake cause a tsunami?

California earthquake activity has steadily risen in recent months, prompting fears of an incoming ‘big one’. Residents in the state were surprised by a 6.4 magnitude event on July 4 at Ridgecrest, Kern County. Experts said the earthquake – felt from Las Vegas to Orange County – was the largest the city had seen in 20 years. The activity ruptured the ground around Ridgecrest, producing a noticeable crack.

Earthquakes are the result of interaction between the continental plates which compose the Earth’s crust.

The boundary line separating one or more plate is a ‘fault line’ and the plates move around, often grinding together.

The shocks caused by this movement are earthquakes and there are two plates in California with the potential to cause some catastrophic seismic activity.

The San Andreas fault in California is the point at which the Pacific and Continental plates meet, and it runs through the state from Hollister to the Santa Cruz mountains. 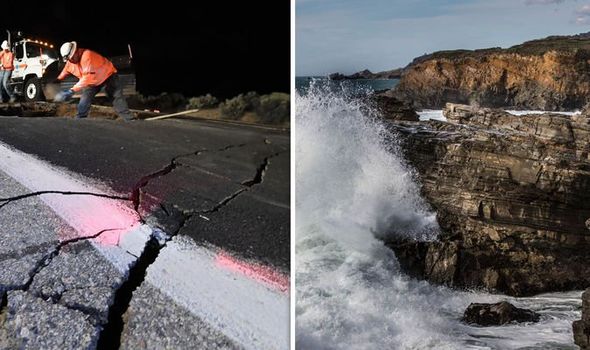 Would the California ‘big one’ cause a tsunami?

According to scientists, the pressure has been building at the San Andreas fault since 2006, and it is overdue to release a potentially devastating earthquake.

This prospective earthquake is predicted to approach magnitude 7, causing untold damage to large swathes of California.

However, experts say an earthquake at this location would not be able to cause a tsunami. 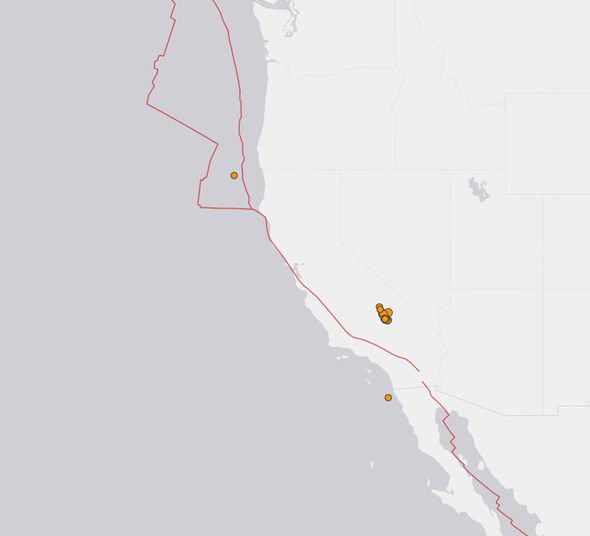 Bill McGuire, Professor of Geophysical and Climate Hazards at University College London’s Department of Earth Sciences, said the fault is too far inland to create a tsunami.

He said: “Tsunamis are only caused by big submarine earthquakes.

“California’s San Andreas and associated faults are located on land.

“Furthermore, the San Andreas is a horizontally – rather than vertically moving fault.

“Such faults are not good tsunami generators.” 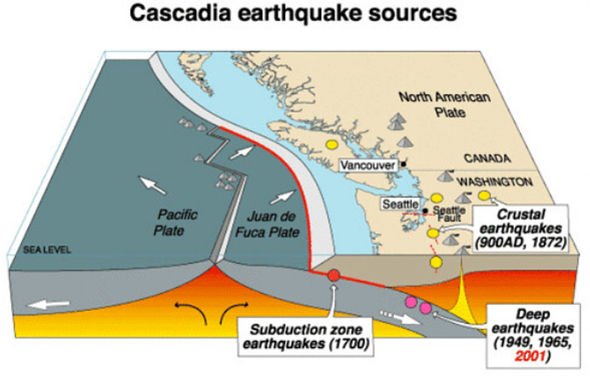 However, Professor McGuire said there is another fault with the potential to generate a dangerous tsunami.

He added: “The real threat of a major tsunami in the western US is from the submarine Cascadia Subduction Zone Fault, which runs from British Columbia all the way down the coast to northern California.”

Unlike some other plate boundaries, the Cascadia zone is quiet, and the last earthquake took place in the area in 1700.

During this time, activity in the area generated a megathrust earthquake with a magnitude of 8.7 to 9.2.