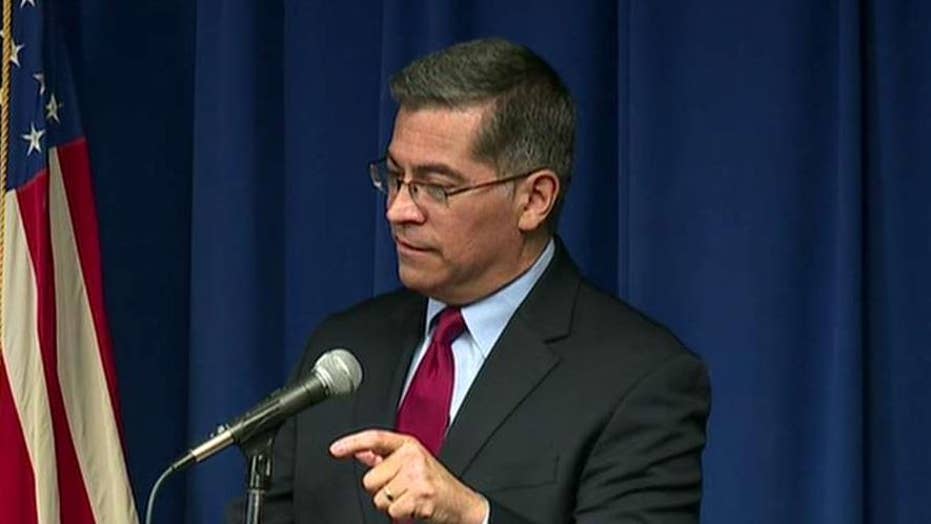 Two northern California police officers behind the 2018 fatal shooting of Stephon Clark, an unarmed black man, will not have charges filed against them, the state’s attorney general announced Tuesday.

The decision to not charge Sacramento police officers Terrance Mercadal and Jared Robinet was a difficult call to make but was supported by evidence, Attorney General Xavier Becerra said.

“There's a young man who's no longer alive,” Becerra said. “Two sons who won't have a father. Whose mother I just met is still grieving. Of course it was a tough call. These are all tough calls. It's never easy.”

In the March 2018 encounter, the pair of officers erroneously believed that the 22-year-old was coming towards them with a gun after having fled into his grandparents' backyard as police investigated vandalism, according to The Associated Press. Only a cellphone was recovered at the scene.

Becerra’s investigation into the slaying reportedly showed that Clark had been committing crimes and the involved officers shot him after believing he had a weapon and that their lives were at risk.

The decision "does not diminish in any way the tragedy, the anger and the frustration that we heard since the time of his death," Schubert said.

Fox News’ Paulina Dedaj and The Associated Press contributed to this report.