Cambridge is to take on poorer students who do better than expected in their A-levels.

The scheme will be open to all students from disadvantaged backgrounds who applied in the autumn and ‘narrowly missed’ out on an offer.

It is estimated around 100 spots will be available when the initiative starts this summer – providing a ‘second chance’ for those with exceptional A-level results. 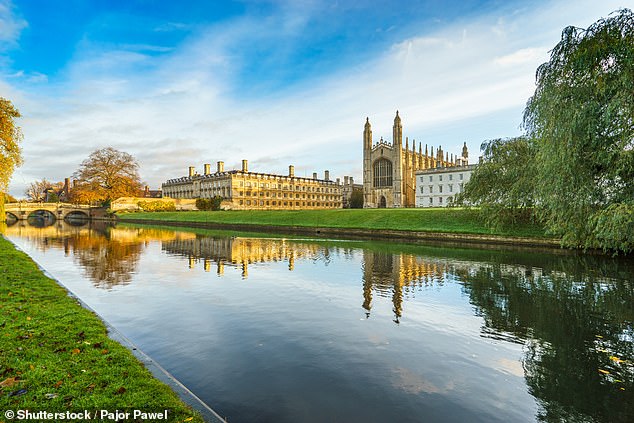 The elite university never usually accepts extra students after the official admissions round.

But this year it will enter the Ucas process known as ‘adjustment’, which allows those who do better than expected to apply for spare places at more prestigious institutions.

It is thought this will significantly increase the proportion of disadvantaged students at Cambridge, which admits about 3,500 undergraduates a year.

The university has been under intense political pressure to show it is hitting diversity targets. 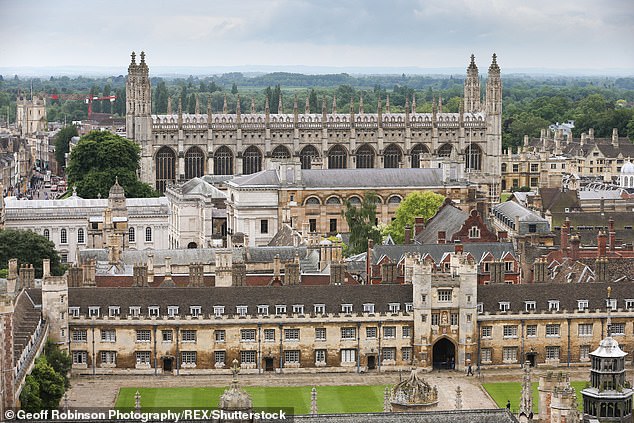 Dr Sam Lucy, director of admissions, said: ‘Each year more than 14,000 students who apply to Cambridge are not made an offer

A spokesman said it was subscribing to the scheme specifically because it ‘wishes to increase the number of students’ from poorer communities.

The Institute for Fiscal Studies said that because arts students tend to earn less on average later on, their university debt is more likely to be wiped after 30 years – and paid for by the taxpayer.

The IFS said the ‘unintended’ consequence of the system is that low-earning courses are given a large ‘subsidy’ by the Treasury.

For each graduate of creative arts subjects – including music, drama and fine arts – the cost to the Government is £35,000, but for engineering it is £27,000.

It is likely to fuel debate over whether taxpayers should be subsidising all low-earning courses.

Laura van der Erve, the report’s author, said: ‘There are serious doubts about whether the current distribution of spending aligns with the degrees that are most beneficial to society.’

Dr Sam Lucy, director of admissions, said: ‘Each year more than 14,000 students who apply to Cambridge are not made an offer.

‘Students have to apply almost a year before they start their course, and some may be on an upward academic trajectory and not demonstrating their full academic potential at the point of interview.

‘Adjustment provides those students who go on to achieve highly with an opportunity to be reconsidered as soon as they have their final results.

‘We hope this will have a positive impact, in enabling us to admit talented students from under-represented groups who narrowly miss out in the first round.’

Shadab Ahmed, of Cambridge’s student union, added: ‘This is vital in the current educational climate where there is increasing uncertainty and the admissions process is becoming more competitive.’

The results-day reapplications will be considered only for the subject first applied for, and the scheme is available only for pupils at British schools.

Cambridge has already contacted applicants who may become eligible to let them know what to do.

Under ‘adjustment’ rules, those who meet all conditions of their original offer, and exceed at least one of them, can look for another place without losing their first.

To be considered ‘disadvantaged’, students must meet criteria such as living in a neighbourhood where not many go to university, or growing up in care.