A WILDLIFE researcher has survived a vicious attack from a starving lion after battling with the powerful beast while camping in Botswana.

Outdoor expert Gotz Neef, 32, was asleep when he heard a noise outside his tent while working in the Okavango Delta in Botswana, Southern Africa. 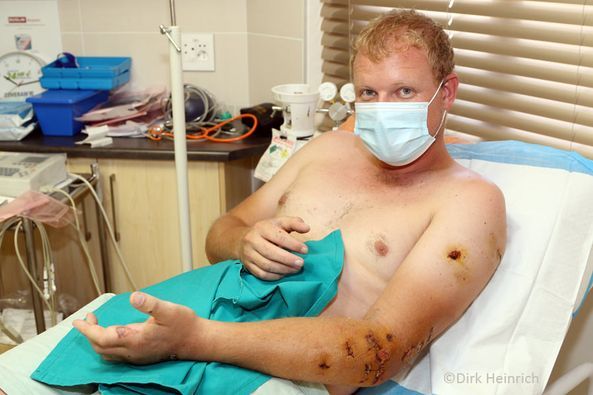 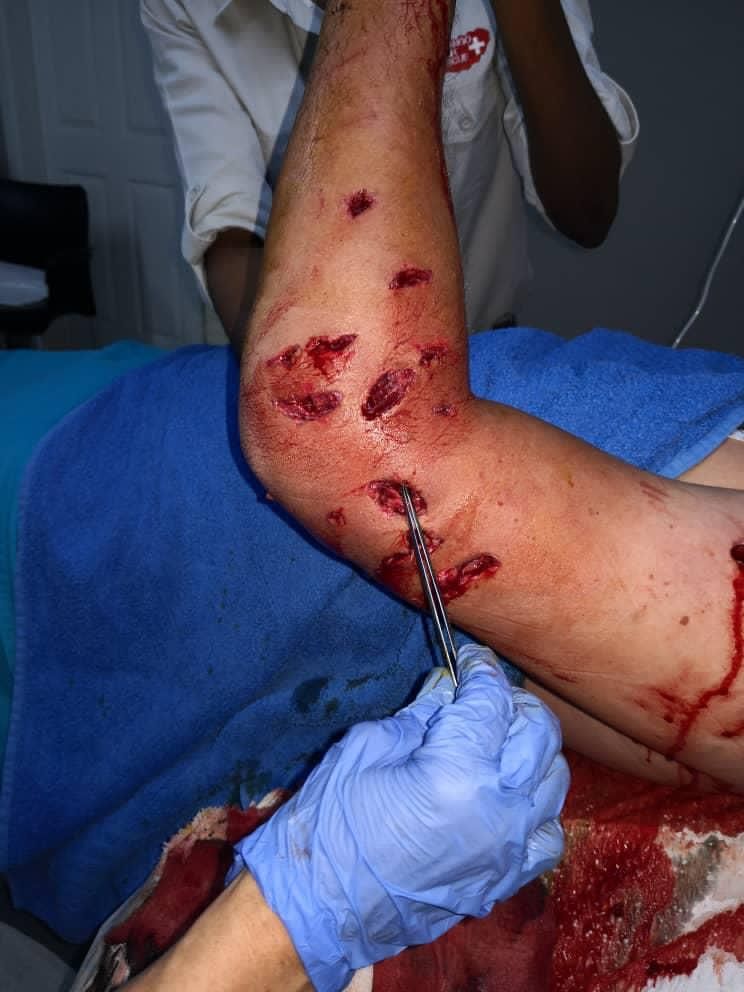 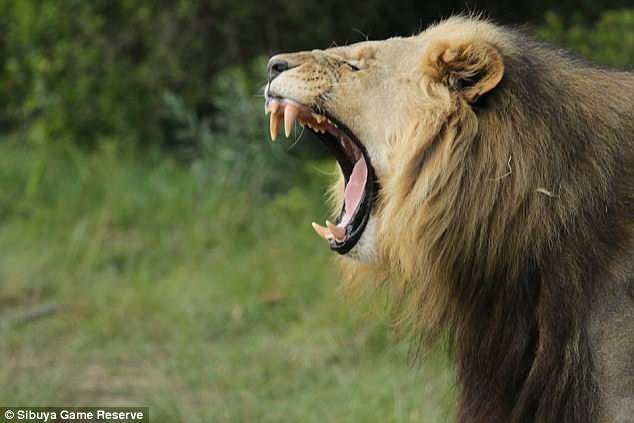 The camper saw the outline of a nose pushing in through his tent and punched it as hard as he could, before realising he had just infuriated a hungry lion outside.

In the five minutes that followed, Mr Neef was forced into a life-or-death battle with the predator as he tried to fend off the lion.

“I did not know what was outside my tent and started calling for help and hit the nose with my fist as hard as possible and then it attacked me and began trying to bite and maul me,” he said.

I screamed in pain

“I tried to back into a corner of my tent and tried to push the lion away with my sleeping bag but it was determined to attack me.

“The lion started to bite me and got my head but I managed to pull it out and pushed my left elbow in his face and he started biting my arm and I screamed in pain."

Lucky-to-be-alive Mr Neef had 16 deep and extremely painful fang bites stitched up in his arms, shoulders and head which left him covered in blood and he was also clawed by the lion.

He was only saved when fellow researcher Dr Rainer Von Brandis ran semi-naked from his nearby tent to take on the lion armed only a branch.

Dr Von Brandis, 46, said: “I guess I was not a pretty sight in just a t-shirt naked from the waist down and wearing a head torch screaming at this lion who was attacking my friend!"

The married father-of-two from Cape Town and research director of the Wild Bird Trust was on an expedition with his pal Mr Neef in Botswana.

The pair were part of an eight-strong team from the Wild Bird Trust on an expedition in Botswana funded by the USA’s National Geographic Society.

He said: “I heard Gotz screaming there was something big outside his tent and I ran out in the pitch black with my head torch on and saw this big male lion had collapsed his tent.

“It had one paw on Gotz and I just saw some big piles of dried elephant dung and pelted the lion with it really hard.

“That didn’t work so I threw thorn branches at it but that didn’t work either and by now the lion had Gotz by the elbow and was seriously chewing him and my friend was screaming.

“I was nearly naked and was screaming as well and ran up to the lion and beat it with a big piece of a tree but it did nothing.”

Head ranger Tomalets Setlabosha then joined in the terrifying attack.

“I was smashing the lion with the branch but it would not stop chewing on Gotz and hardly even blinked when Tomalets threw a thunder flash banger used to scare hippos close to it,” added Dr Von Brandis.

“The lion jumped a bit but was it was so hungry and so desperate and this was its last chance at a kill to feed or it would die so it restarted its attack and began trying to eat Gotz again.”

According to the wildlife researchers, the lion was elderly and had been driven from its pride.

“What happened was extremely rare where an old lion is driven out of its pride and was starving to death and to get a meal this was its last roll of the dice and he was so desperate," explained Dr Von Brandis.

Eventually, the men managed to wrestle the lion away from their pal, who was left with deep, open wounds from the attack.

A three-hour road trip to the nearest hospital 50 miles away in the town of Maun followed, before Mr Neef was airlifted to Windhoek in Namibia, where he lives.

Mr Neef is now recovering in hospital in Namibia after the unbelievable ordeal.

It is thought lions kill up to 200 people a year in Africa in the wild with attacks mainly by old males who can no longer hunt.

A healthy male lion can run at up to 50mph and weighs 190kg, standing 1.2m tall at the shoulder.

camper, fights, Lio, OFF, starving
You may also like: